I woke up naked next to my boyfriend. We had casual sex the night before. It was the same thing every night. A brief session of the missionary position in bed  and then we would fall asleep. He expressed to me that he’s bored of it. He doesn’t even look forward to it. It seems more of a chore than a reward. He has suggested that we try something new, something enthralling, which was his greatest fetish: public sex. I’m open to exploring them, but I’m also nervous. This is my first sexual relationship, and I come from a conservative home, where I was always sheltered from anything sexual. Part of me wants to explore my sexuality while part of me is outright scared. What if I don’t perform well?. My boyfriend has a lot of sexual experience from his previous relationships. I laid there, trying to imagine a scenario that he proposed to me. He wanted to fuck in the park, at night. He wanted this, and I wanted it too, not only because I wanted to please him as well as feel pleasure myself, but I feared that I would lose him. I know it sounds cliché to say this, but when I first met him, I knew he was the one. I really want to save our relationship as well as leave my comfort zone. He woke up. “Morning, baby” .”Morning”, I said. We kissed. He kissed my forehead and my lips. “Babe, are you still up for that thing? “ What thing?” “ You know, banging in the park at night” “Yeah, but its fine if you’re not up for it”. He said it was fine, but I could see in his eyes that he wanted more. His eyes burned with desire, desperate for a night of sex that he would remember for a very long time. While fucking in a park at night may not be the best portrayal of exhibitionism, it certainly turns him on, and I would be lying if I said it didn’t intrigue me. The taboo of it is what fuels the raging fire of desire in us. Just fucking in a public park out on the grass. Despite it being night, there are still a few people wandering around, and there are surveillance cameras everywhere. That which excites me also scares me. What if we get caught and get a summons? My boyfriend seemed rather turned on by this possibility. Also, as I said earlier, I fear that I may ruin it all for him if my fears get the best of me. I was stuck between a rock and a hard place. I couldn’t let my fears get the best of me, I wanted to keep my man. I couldn’t even imagine some other woman pleasing him, at least not as good as me. This could be a win-win situation. In addition to keeping my man, I could also escape my comfort zone. I felt like a butterfly, ready to spread my wings. The thought of it made me wet. I was thrilled at the possibility of feeling multiple sensations while doing it. So what if we got caught by the cameras or even a passerby? It would be worth it. I took a deep breath. “Tonight!” I said excitedly. “What?” my boyfriend said. “Tonight, we are going to the park and we will fuck all night!” I said as a wide smile spread across my face.  “Are you sure, we don’t have-“ . “Yes I’m sure!”

That night, I still felt a little nervous. I knew that I could back out, but I wanted adventure myself. I wanted my boyfriend to feel good and I wanted to feel good. You only live once, right? The park was a ten minute walk from the apartment we were staying at. We didn’t really plan anything, we just took a blanket to spread on the grass. We waited for the Sun to set, setting the stage for the beautiful bright Moon to come out. The cool air gave me a chill. Suddenly, my boyfriend stripped completely and ran out into the night. I was puzzled and was about to call out to him, but then, I immediately stopped. It was as if I was in a trance. I also completely stripped. We ran into the night, streaking on the streets. Subconsciously, I wanted to get caught, I wanted  someone to see two naked lovers, embracing their carnal desires, happy yet detached from the rest of the world. We ran to the park, screaming and laughing on the way as our bare bodies were lit up by the streetlights. All this excitement was making me horny. I felt my pussy ache. I wanted my boyfriend, now. I could see that he was excited too. He was shuddering, not from the cold I thought, but from the experience. If the park was any further I think we both would have just stopped there in the middle of the streets and started fucking. When we got inside the park, I realized that I forgot the blanket amidst our spontaneous streaking stint. My boyfriend found a spot in the grass close to a lake. The grass was soft and trimmed. We started passionately kissing. I felt the passion running through my body like electricity. I felt my nipples become erect. I was so wet, I thought that I would come just from the sexual exhilaration I felt. I was in nature and I became a wild animal. I did not fear anything anymore. I subconsciously got on my knees and began blowing my man. This was the first time I ever did it. I heard him begin to moan and even though I couldn’t see his face, I knew he was surprised. All of a sudden, he gently pushed me onto the grass and we began sixty-nining. He started licking around my clit, and then he went all in. I imagined the surveillance cameras seeing all this. I wanted them to. I wanted someone to pass by and even if they had a negative reaction to it, I knew deep down, they would be in admiration of such a sight and probably wished they could experience it themselves. We were touching each other, running our hands down each other, exploring each other. We began using our tongues, kissing and licking each other as if we were dogs. We got up and I bent over, begging him to pump his cock into me. Part of my pleasure came from the elation of conquering my fear. Seeing my man’s face full of emotion made me even wetter. It was something new in comparison to the bland sex we’d been having before. The trees were whispering as the breeze blew them, the water in the lake was very calm. The whole scene felt serene. I wanted my boyfriend to fill me . My eyes wandered around, and then the sex gods answered my prayers as I saw two people who had been on an evening walk saw us and were pointing. I made my boyfriend aware of this. While most people would be ashamed and run to cover themselves, this had the opposite effect on us. We were both stimulated by the sight and my boyfriend plunged his cock deeper into me. We both returned the gaze to the passersby, as if we were putting on a show and anticipated their approval, I felt my boyfriend’s cock begin to squirm, and I realized it meant that he was going to climax soon. He slowed the thrusting down to savor the moment. He moaned so loud, I was waiting for him to explode all over me. Right when he was about to burst, I did something else unconsciously. I got on my knees and shoved his cock in my mouth. I happily swallowed his juices. Under the excitement, I couldn’t take it anymore, I came too. At that point, I felt as if I touched heaven’s gate. My boyfriend groaned satisfyingly. I hoped that there were more people who came by to watch, I wished that every surveillance camera caught every moment of our steamy taboo. I stood up and kissed my boyfriend. We left the park, hand in hand, nonchalantly passing by the people who had expressions of longing in their eyes. My boyfriend was satisfied, and I overcame my fears as well as went on a sexual adventure that made me want more. We have been together ever since, and have experimented with BDSM, roleplay, and many more fetishes. 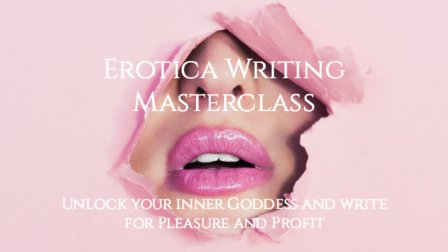