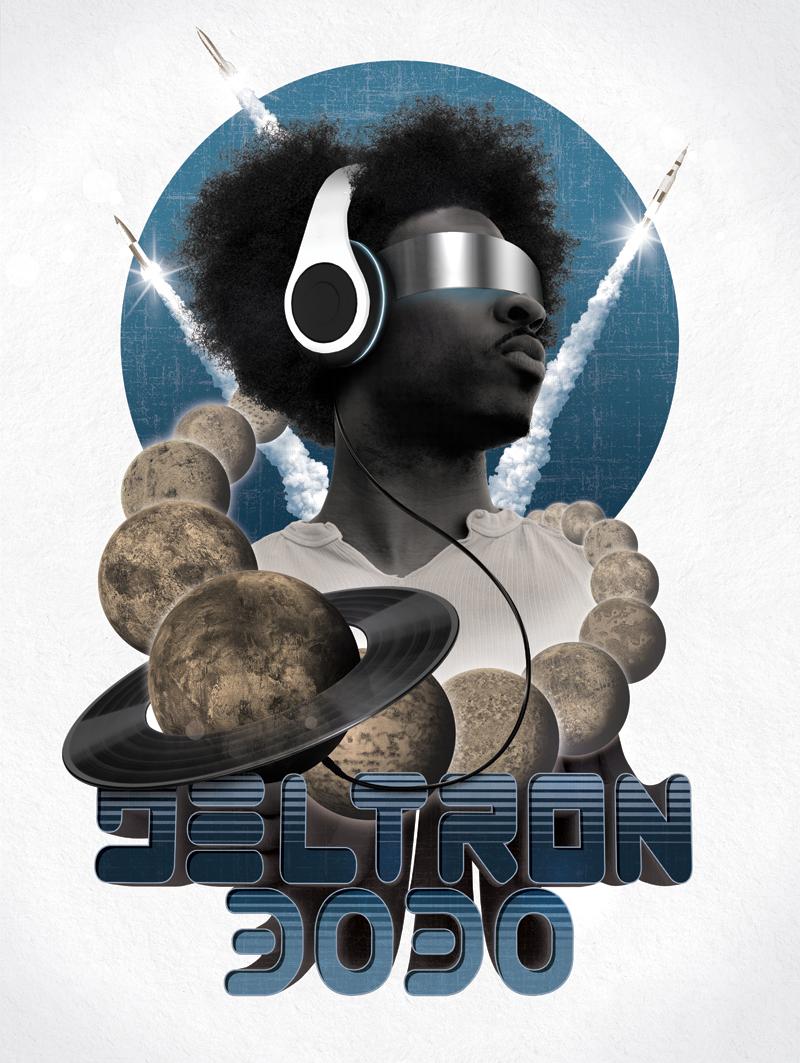 Creating vectors based on the render due to problems with the 3d software not importing the EPS file. So Im actually doing this backwards from the smart way to do it but whatever. Im also applying halftone layers into the type to keep it consistent with the rest of the design. 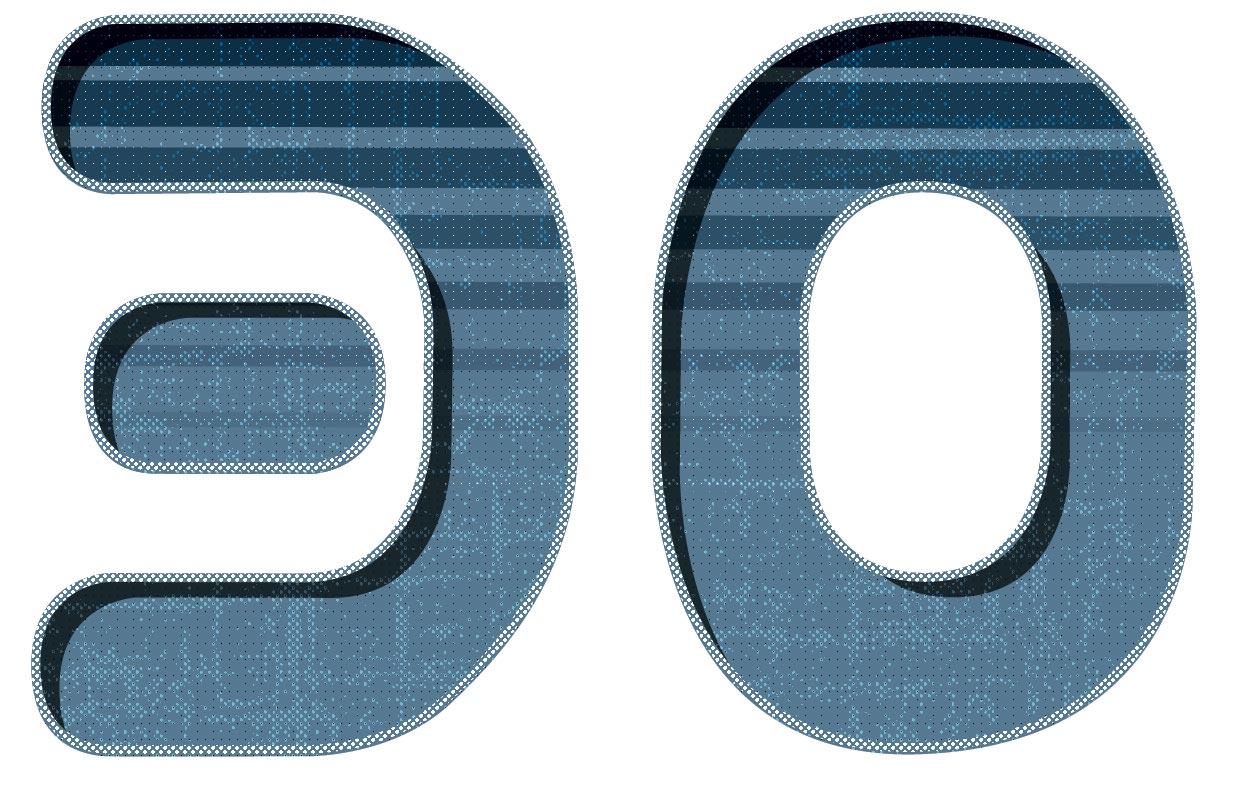 Finally selected some fonts I like. Now creating the 3d effect in Sketchup then going to finalize in Illustrator before importing into photoshop. 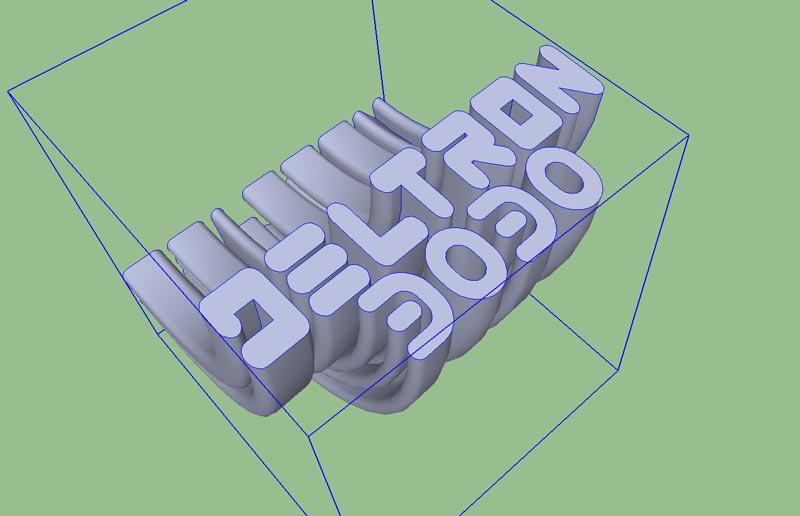 Adding more color to the design and laying out final objects. The planets are barely worked on and the record is still placeholder. The type has been left out until I find something that works well. 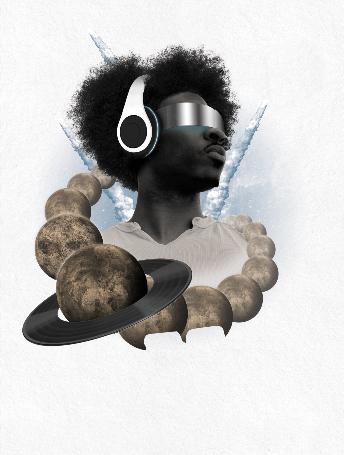 Updated the planets so that they are not so dark. Also added in color. 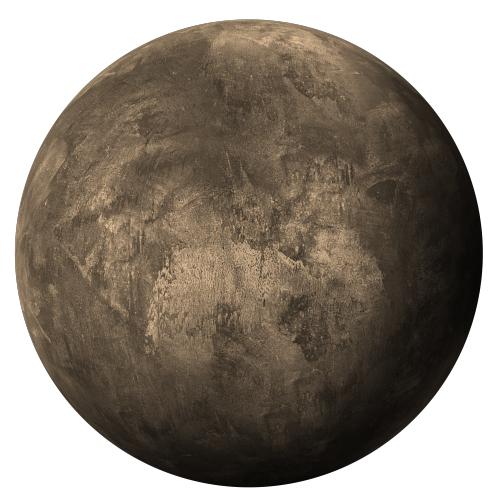 Maybe, maybe not. Im setting up the final psd so that I can easily switch out the colors if the final composition doesn't work well.

Creating some planets. Working in greyscale only at the moment. Figure Ill just tint the planets with colors later since I will be working with a muted color scheme. 'These are pre-effect'. Added a dumb drop shadow to help show depth ( wont be in final design)

Been doing some photoshopping. The colors are still tentative as I am still yet to select a color scheme. Creating the hair was pretty fun actually. 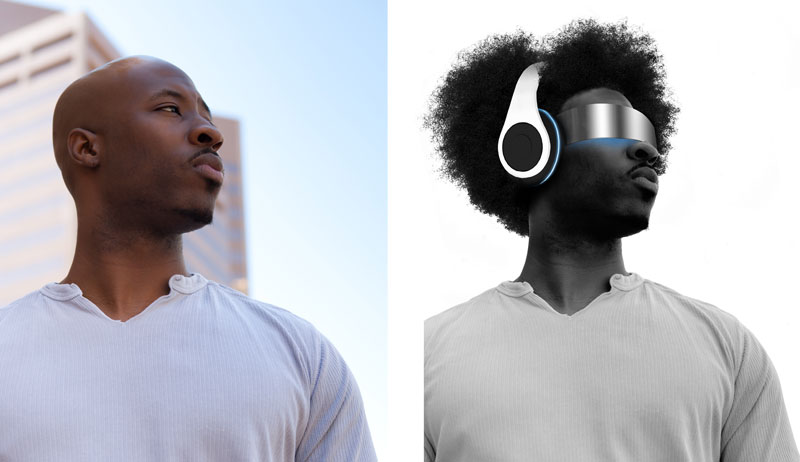 So tried a new technique for creating accurate reference images. Placed my digital rough comp into Sketchup then positioned a 3d model of headphones. It seems to be working so far.

I have been playing around with different option for a possible technique to use. I would plan on using this effect on everything in the poster to help unite the piece (as suggested by DKNG). This effect was created by creating a halftone layer then overlaying it back over the original image. 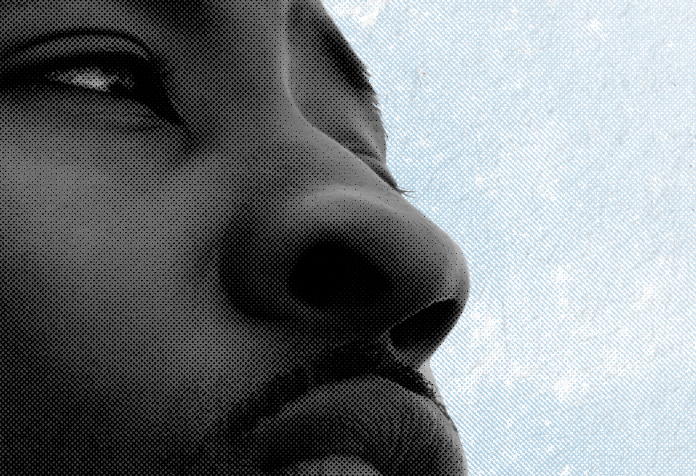 I really need to start working on a color scheme soon...

Created a photoshop mockup to test composition, contrast, and basic color. I want to use space imagery while having the main 'character' a focal point. I want to roughen up the final design so that it has a more natural hand-made feel to it. I think this could be achieved by using a slightly faded color scheme, converting some layers to fine halftone screens, and adding/erasing rough textures. I thought it would be fun if his headphones where plugged in a Saturn-esque planet that has a vinyl record around it. 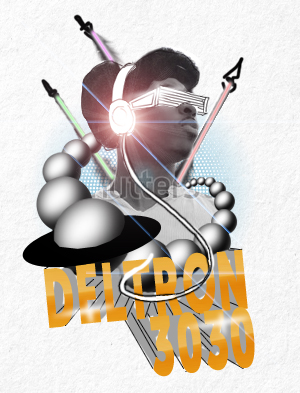 I'm thinking the next steps are to research some good fonts treatements, play with colors (seems color heavy at bottom), and find some more rediculous futuristic imagery for inspiration.

I have chosen the Deltron 3030 album by Del the Funky Homosapien. This album is about a rapper who travels through space battle rapping monstrous aliens... need I say more. This album is pure whimsical fun and not meant to be taken seriously. I choose this album mainly because it contains lots of descriptive elements that help create an imaginary world.

This album reminds me of the retro future that never happened. For example, the supercomputer in the rappers spaceship has an over-the-top digitized voice. The album is definitely eccentric and I tried to find imagery that matched.

This weirdo is definitely what im looking for:

I want to incorporate lots of space themed imagery while also focusing on the main character. I also want to mix retro themed elements with a more modern composition. 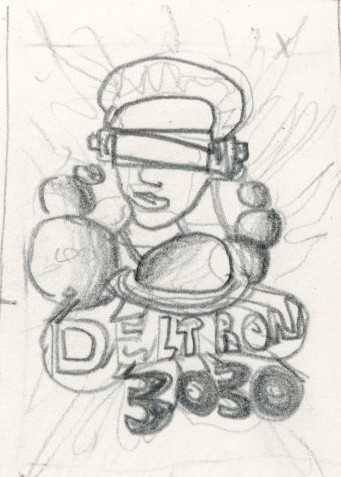 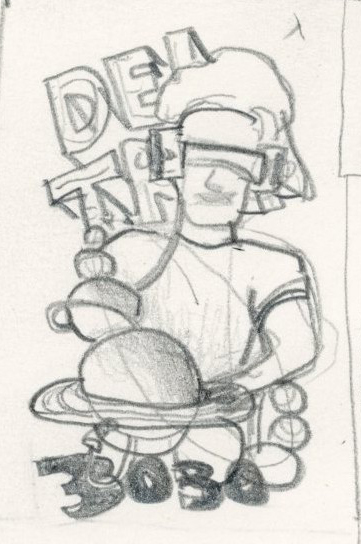 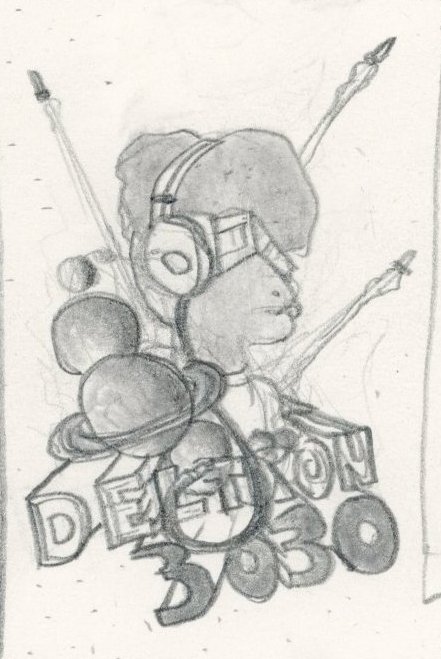