I greatly enjoy the columns exercise. It has given me several interesting sentences and ideas.

Agatha idly spun the globe on her desk, wishing herself outside in the chilly, morning mist.

"Celestial Seasoning: Flavor that is out of this world!" proclaimed the label on the small packet of spice, from which an intriguing aroma was emanating.

The earth, which has been cold and quiet for so many months, is now dotted with patches of colorful life; purple and yellow crocuses, laughing as they wake to the sun.

The television was enormous, and he both heard and felt the crackle in his spine as he attempted to lift it.

She was a most singular individual, sitting under the twisted limbs of a spooky old tree, a mug of something hot steaming in her elegant hands. 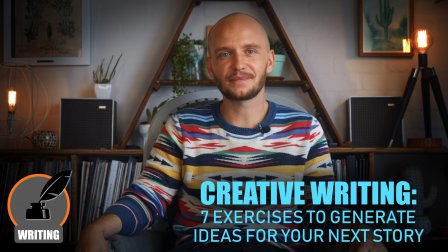 Creative Writing: 7 Exercises To Generate Ideas For Your Next Story
Skill Collective