This Podcast will try to understand the experiences of one of the oldest Jewish communities in India the Cochin Jews. The podcast will primarily consist of interviews from people in the community from both the younger and the older generation and also people who have worked with the Cochin Jewish community. The people interviewed will be both from Kerala and also the members of the community in Israel. The first 2 episodes will feature interviews of Thapan Dubayehudi who is the niece of the Rabi of the Kadavumbhagom Synagogue and also Ibrahim Thaha, the Caretaker of Sarah Cohen. The primary target of the podcast will be history enthusiasts and also the people from the Cochin Jewish community. The Podcast also targets the Youth and also youngsters of India and of other countries around the World 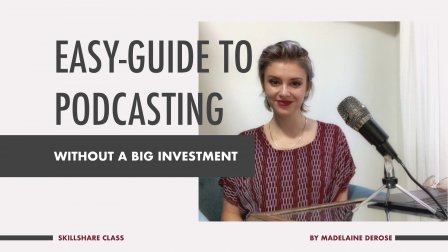 Easy-Guide to Podcasting - Without a Big Investment
Madelaine DeRose