ClimbProj is an app for rock climbers! More specifically, it's a personal note-taking app for any projects that a climber is working on. A project is a climbing route that requires multiple tries and sometimes long periods of time to complete.

This app is actually a sub-function of a larger app I'm developing, SuperBeta: an interactive guide for outdoor climbing. Since the functionality is a lot more simple, however, I'm trying to focus on learning the basics of objective C and also learning how to customize the UI through Xcode.

Below is an early sketch and a test walkthrough is available here. Pretty much, the functions are: 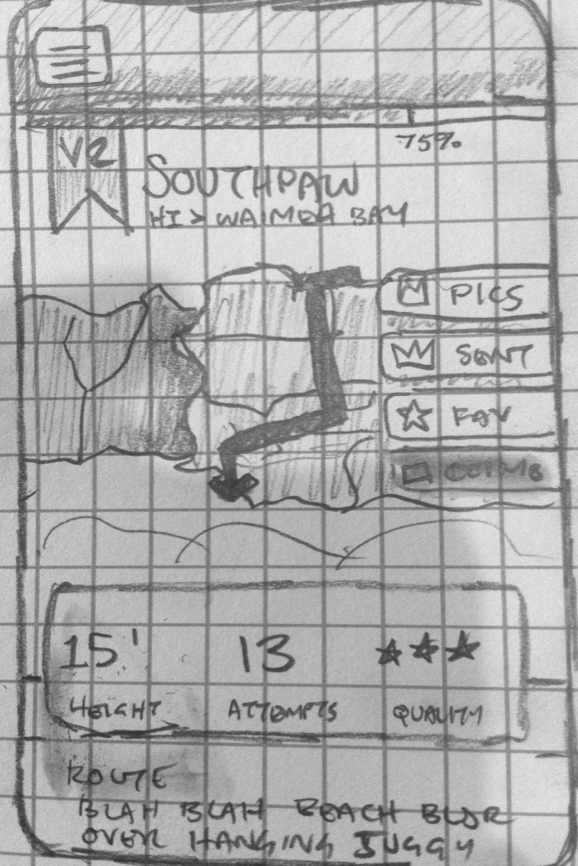 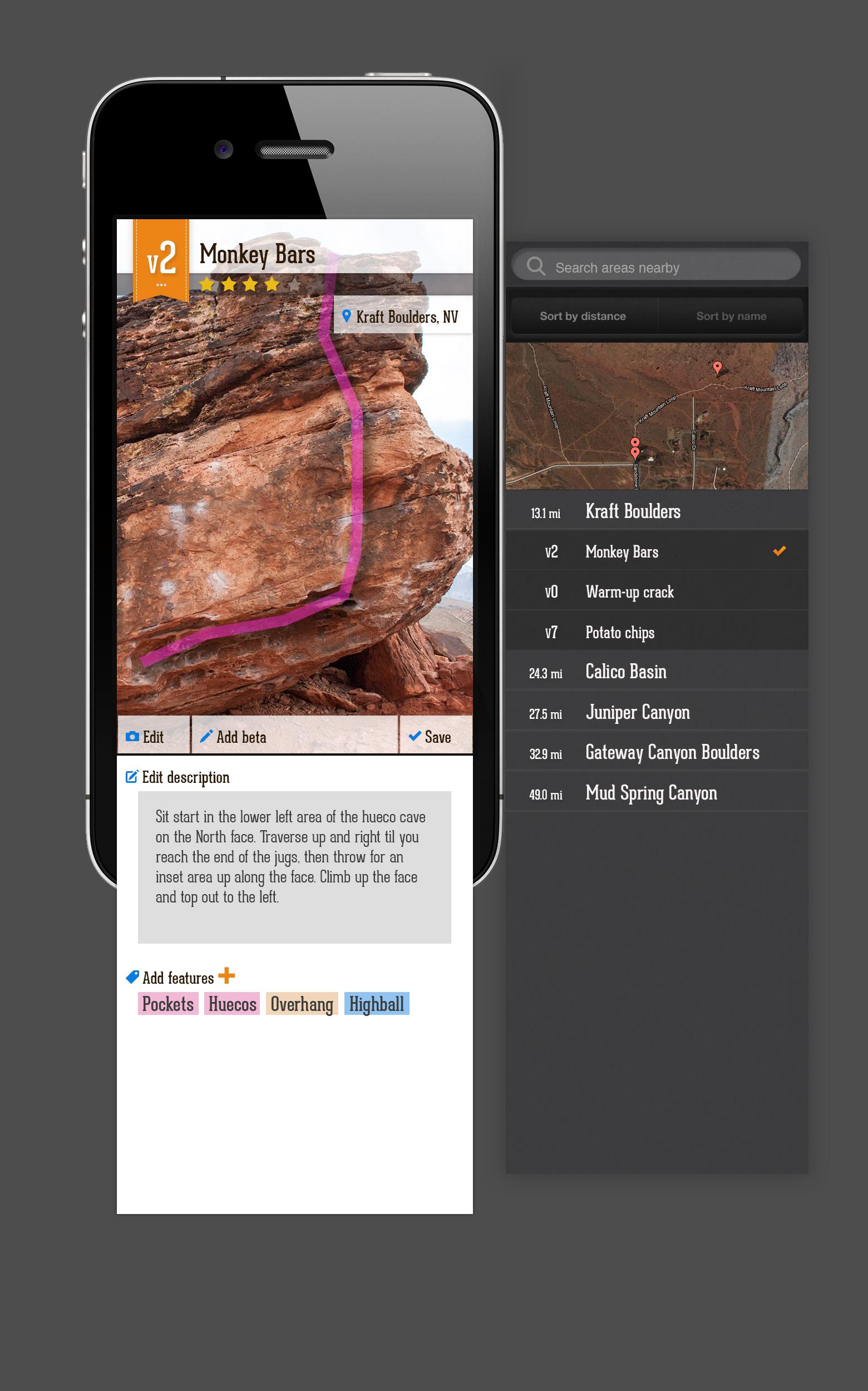