Claude slept gently. Although he was small, he usually snoozed well.

He woke with a start. He shook. His dirt blankets were usually snug and warm, but not today.

He shivered in the cold. What could be happening?

He poked out of the ground and looked around. He couldn't see the sun through the dark sky. Something was wrong.

Where was the sun? All he could see were huge green clouds.

He didn't know what to do, so he flopped down for a nap.

While Claude dozed, his buddy Lou the ladybug was enjoying a fabulous day! She zipped, zoomed and zoodled in the warm summer sun. Lou happily somersaulted into her favorite triple loop.

When he woke, Claude hoped things had changed. He peeked outside - but still no sun.

He called to Orvie the onion who lived next door. “Hey Orvie! Where’s the sun?” Orvie shrugged. “Don’t know.”

Claude drank the sweet water that ran nearby. Then he squealed for help again, "Glawp, glawp.....glawp, glawp".

Lou the ladybug heard his pleas and zipped down to see what happened. She knew right away what to do.

She gathered her ladybug gang and her friend Spidey.

The ladybugs seized the ropes that Spidey had spun around the green clouds and then pulled them back to expose the brightClaude basked in the rays once again. 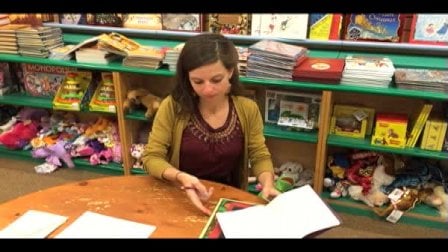