Greif: Woman inherits pet from friend's death by suicide.
Loss: Death of owner from the point of view of a dog/ cat.
Happiness: The first time on a rollercoaster.
Parent sees deaf child hear for the first time.
Rage: Learning your parents have lied to you for your whole life.

Grey sunlight filtered in through slits in the curtains. Today would be another listless and boing day, I could just feel it in my bones. I heaved myself out of bed and slowly, reluctantly got ready for work. Work, ha! The term work used to mean something. For centuries work would result in some tangible something, like crops grown, or textiles weaved. Ever since the invention of the synthesizer, there has been nothing left to create. Now, work produces nothing but ones and zeros, pixels and sprites on the net. Still, I had to go. That lever needs pulling, and it's my job to pull it.

The fresh scent of electrified metal mixed with the delicate odor of toxic emissions to create a gut-wrenching stench I've come to associate with public places. I stood amongst jostling bodies as we all waited impatiently for the shuttle to arrive. We were all going to the same place, I don't know why some people felt the need to elbow their way in first.

Finally, the shuttle screeches to a stop and the doors slide open with a hiss. I'm pushed with the crowd in until I'm sardined between a bear of a man and a group of teens. Someone pushes into my back with such force that I fall into the large man.

"Sorry, Sorry," I say as I straighten myself up.

Then light blossomed in my vision accompanied by a deafening crack. Suddenly I was face down on the floor wondering how my life could end like this.

The 6:15 shuttle to Atlantis would leave on time. As is has done, and will continue to do. On this particular gloomy morning, a young Mr. Reed Crumplebottom finds himself waiting in a crowd of many for that very shuttle. This was his usual routine, as well as staring vacantly into space while contemplating the value of life, his in particular.

Reed was often contemplating some deep question or another, so much so, that he would often miss the things going on in his surroundings. This morning, he was completely unaware of the group of snickering teens taking turns glancing around from their huddle. He was also blissfully unaware of the terrible no good downright miserable thing Mr. Cleatus Borrinston had suffered through the night before.

The shuttle arrived, right on time, and a sea of elbows and shoulders funneled its way into the dilapidated shuttle car. The seats had been ripped out a to make way for more standing room. The metal rusted in some places and the windows were so covered in graffiti that it was impossible to see out. Still, the shuttle closed its doors and began its jerky journey.

Of the three boys, still snickering, one was most daring indeed. With very little reason, if any at all, that daring bully of a boy gathered his strength and shoved Reed from the back. So forceful was this shove that Reed fell into Mr. Cleatus Borrinston.

"Sorry ain't good enough." Cleatus was in no mood to be trifled with today and an apology was not going to calm him down.

Before Reed got a chance to reply, Cleatus pulled back his elbow and let his fist come crashing down on the smaller man's head.

Alexandra is average height for an Asian American girl, but that is short for average. People at school and her family tell her all the time how pretty she is. How she is delicate like a flower and has skin like porcelain. She has almond-shaped eyes with expressive brown irises, framed by straight black lashes. Her face is heart-shaped, her nose is small, and her bow-shaped lips are quick to crack a grin. Though, most often she chews her lip or what's left of the tiny nails at the end of her long fingers.

Alexandra has cut her hair as short as her mother's traditional sensibilities would allow. She wears her older brother's hand-me-downs and she feels most comfortable in a worn pair of combat boots. Her mother complains about her choice in clothing. It isn't lady-like. It isn't proper.

If Axe body spray was magically turned into a person, it would be Dave. Dave spends his weekends in the clubs, though he's a dozen years older than the other patrons. He drinks too much and starts fights. He hits on every pretty girl in sight but still manages to go home alone every night. He isn't unattractive either. Dave is tall, at 6'2" and well muscled. His deep-set eyes are green and his nose is straight. High cheekbones and a well-defined jaw give him an overall handsome appearance.

Dave is the type of person who took the term 'fake it till you make it' to heart, but he's never really made it. Come Monday morning he's back at the corporate grind. He's a low-level manager in the data entry department. He has six employees under him directly, and he never lets them forget it. He is desperate for the world to recognize his awesomeness.

At eighty-six years young and constantly surrounded by a cloud of Jean Nate and Marlboro cigarettes, Aulina Di Maggio was still the toughest broad on the block. Most days you might catch her on her front porch sitting in her leopard print housecoat and fuzzy slippers. She watches the young neighbor tend her yard. When he is done she makes flirty conversation over a finger or two of brandy. On other days she might be found at the community center for Bingo, which she attends as faithfully as she does Sunday mass at the Catholic church.

She has always been beautiful, now her beauty is less about her cloud of white hair and age-spotted skin. Now her beauty is in her clear, sharp eyes and her quick smile. Aulina has lived her life to the fullest and still does. She is quick to see the humor in things and laughs even when it's inappropriate.

Cold night air filled my lungs as I stared out into the growing darkness. The chill made it so crisp I could almost ignore the cloying taste of poison on the back of my tongue. We have poisoned our planet. There are no green places left on Earth. Only this, vast grey and black hellscapes or nuclear waste zones. The glorious human race. We multiplied and spread until every inch of our home was bulldozed, polluted, and paved over. Where there once were vast forests, now, only glass towers.

I stood alone atop one of the many stone behemoths that made up Detroit. The lights of the skyline were like a million lightning bugs. Or at least what I imagine a lightning bug would be from the pictures I've seen in books. Lightning bugs went the way of the dodo along with almost every other flying thing. But here I stood, a human standing on one hundred and twenty stories of cement, steel, and glass. One hundred and twenty stories of single mothers, elderly, and the working poor. Anyone with any real money has left this dying place already. They've set off in shiny spaceships to colonize the stars, and they've left us here to rot.

The decadent scents of coffee, mocha, cinnamon and real vanilla bean mingled in the warm summer air. A soft smooth jazz number played through hidden speakers. Round and square tables of reclaimed wood were set with an eclectic collection plush chairs. Patrons with books, laptops, and tablets arranged themselves comfortably filling the space with life. At the counter, nose close to the glass, Alex dithered between an apple fritter and a cinnamon roll.

Looming in the twilight behind the smiling couple, stood a red barn. Snick. Snick snick. A very expensive looking camera and its equally expensive photographer snapped picture after picture of my daughter and her brand new husband. The ceremony had been perfect, and after the amount of money I spent, I would have had a full conniption fit if it hadn't. I moved away from the photographer, my daughter posing for yet another kiss photo.

My heels sunk into the grass as I marched my way past the wiggling bodies on the popup dance floor. The howling vocals and rhythmic guitar riffs almost drowned out the sounds of summer crickets and cicadas. I kept my pace past the white plastic folding furniture until I reached the bar, disguised as an old-timey Ford truck. If only my daughter had listened to reason and had the ceremony in a church. A nice clean Catholic church. But no, that wasn't her style. And even though I was the one paying for it, it was still her wedding. 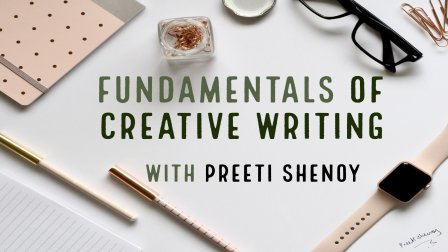