I'm a huge fan of Chipotle and could eat it every day if I had enough money. I recently watched the "Inside: Chipotle" episode on Netflix and was inspired to design a custom type logo for the class.

I had a general idea as to what it was going to look like, but it took awhile to get where I felt comfortable showing my progress. I still need to add "Mexican Grill" and possibly "Since 1993" or "Food with Integrity."

Just thought I'd get something up for people to react to. Feedback would be appreciated! Thanks. 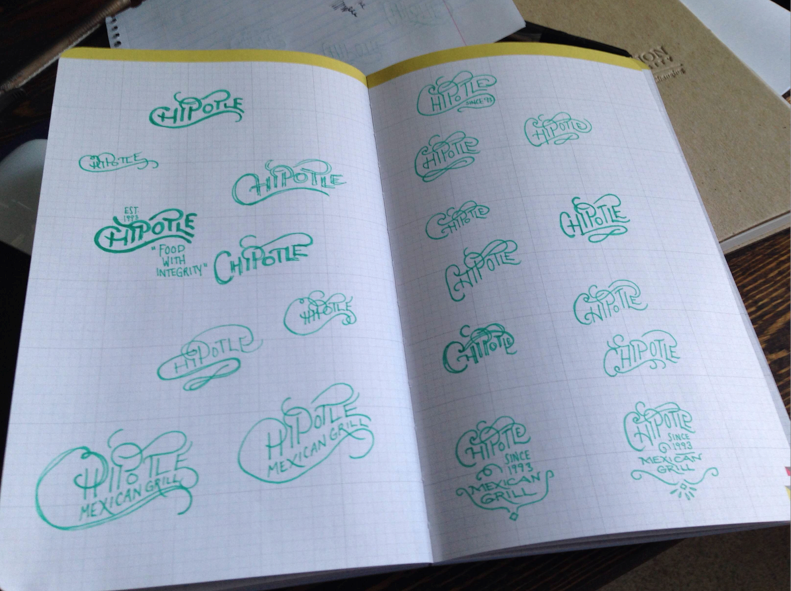 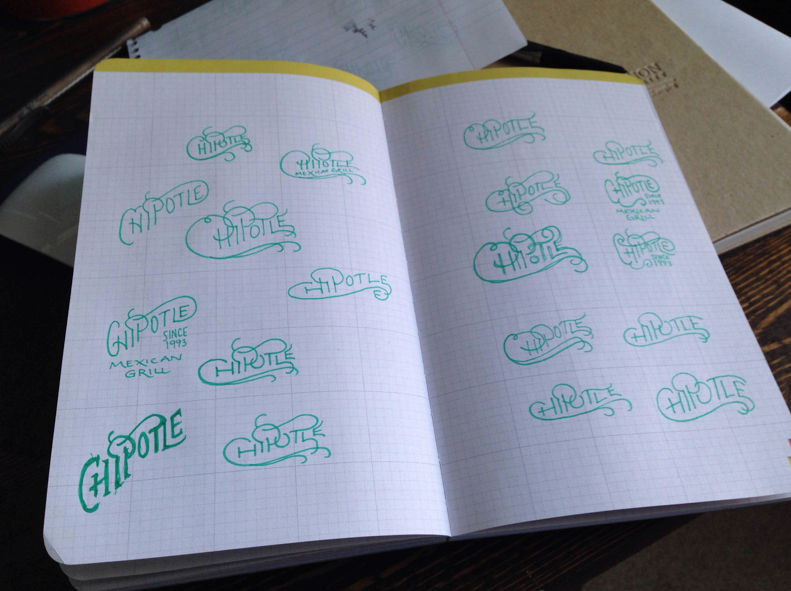 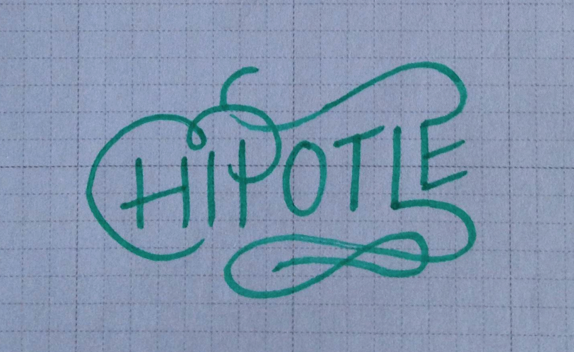 I'm going to try and play with stroke width, but for now it's all single stroke width. Looks very tricky. May need quite a few pointers on how to make this happen. 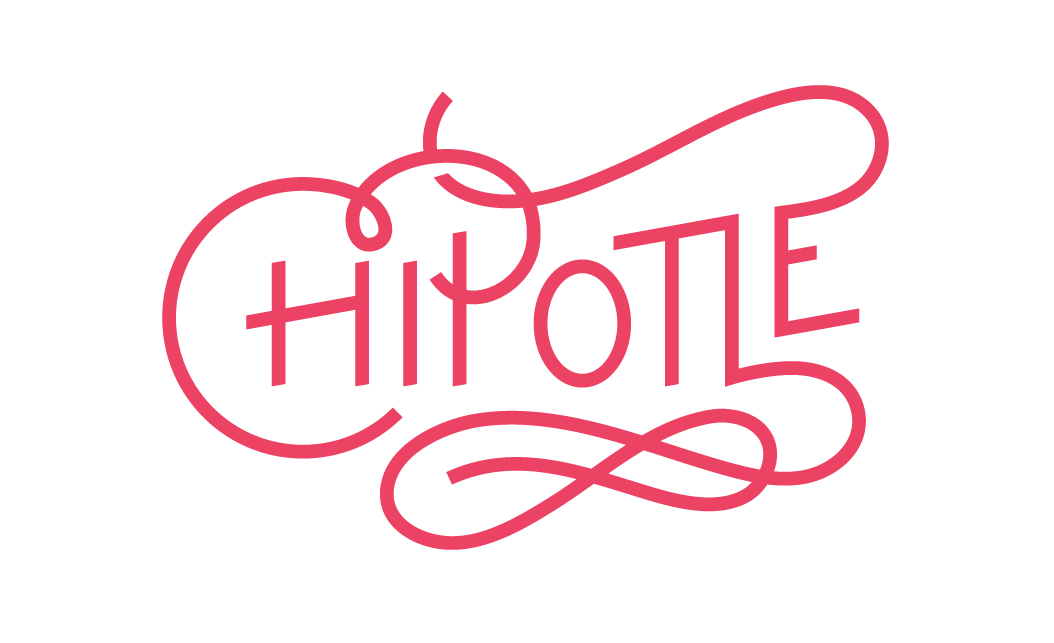 A thicker version may give me more room to play with the weight of the lines: 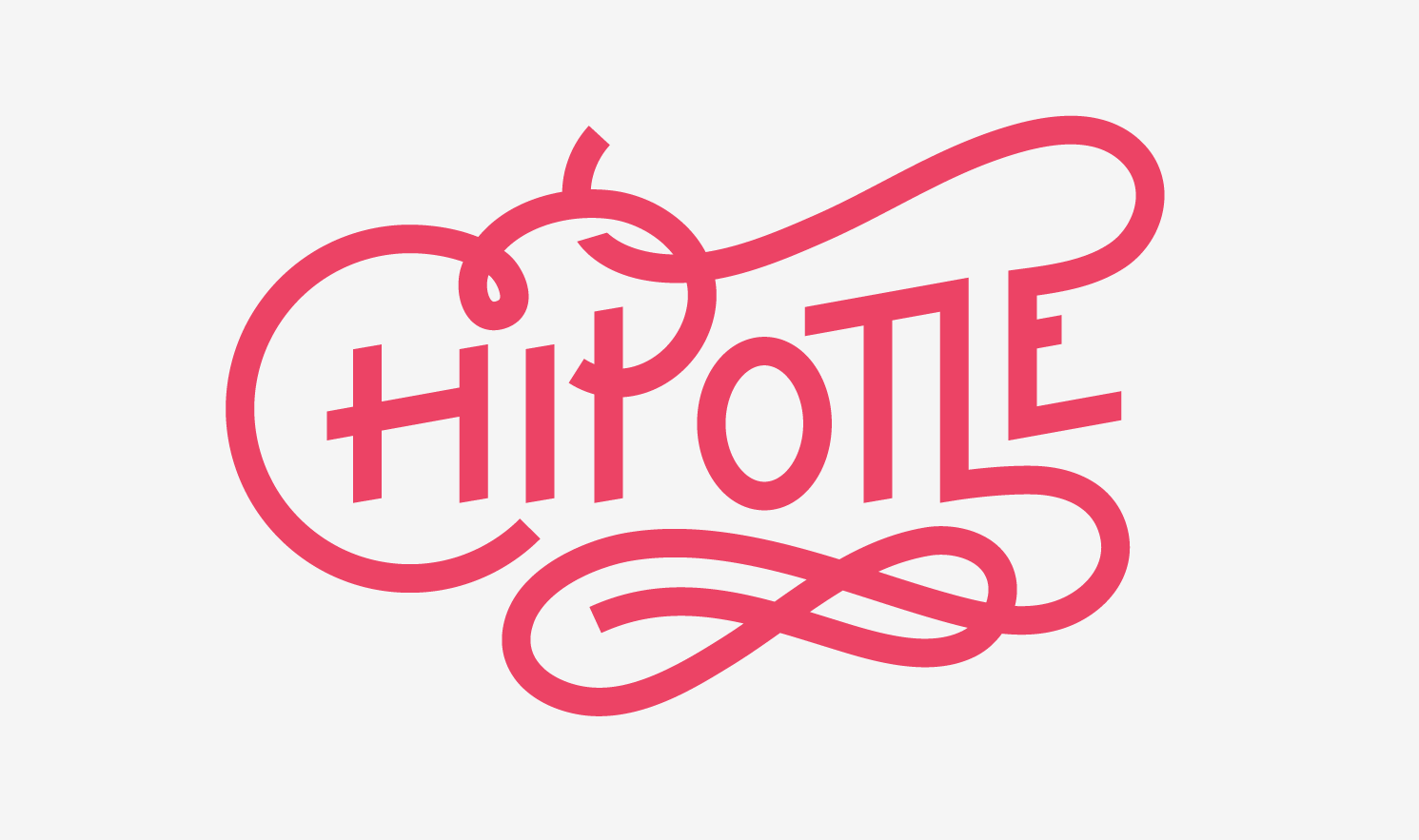 This is one of the most challenging exercises I've done. Highly educational. This is not perfect by any means, but this is my progress as of today. I'm really struggling with the "C" flowing more naturally. It looks very stiff compared to the 'P' that it flows into. I added a loop to the 'O' from the 'T'. 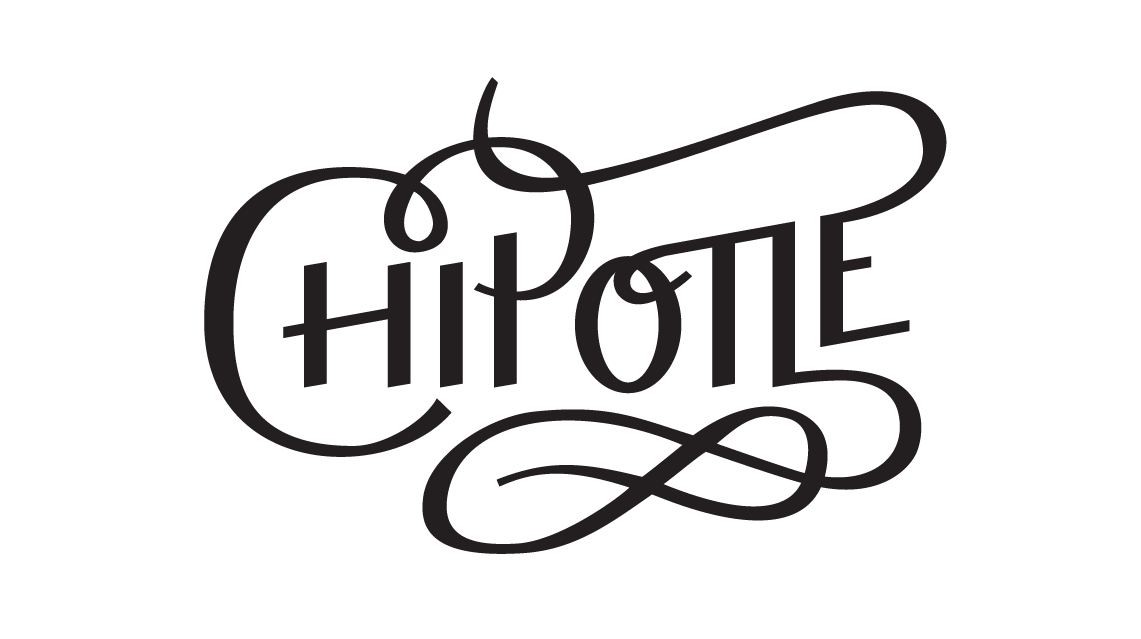 I hope to add "Since 1993" in that upper portion above the "OTLE" and "Mexican Grill" somewhere. I would also like to add some crossover negative spaces to help distinguish between letters like this: 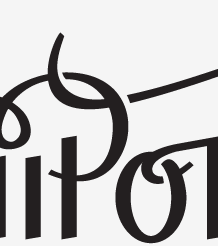 Any feedback would be appreciated. Still learning but willing to take advice! Thanks in advance.

Took one more stab at it before bedtime. I think the 'C' is majorly improved. Overall, an improvement I hope. Next step, adding the secondary type and texture! G'night for now. 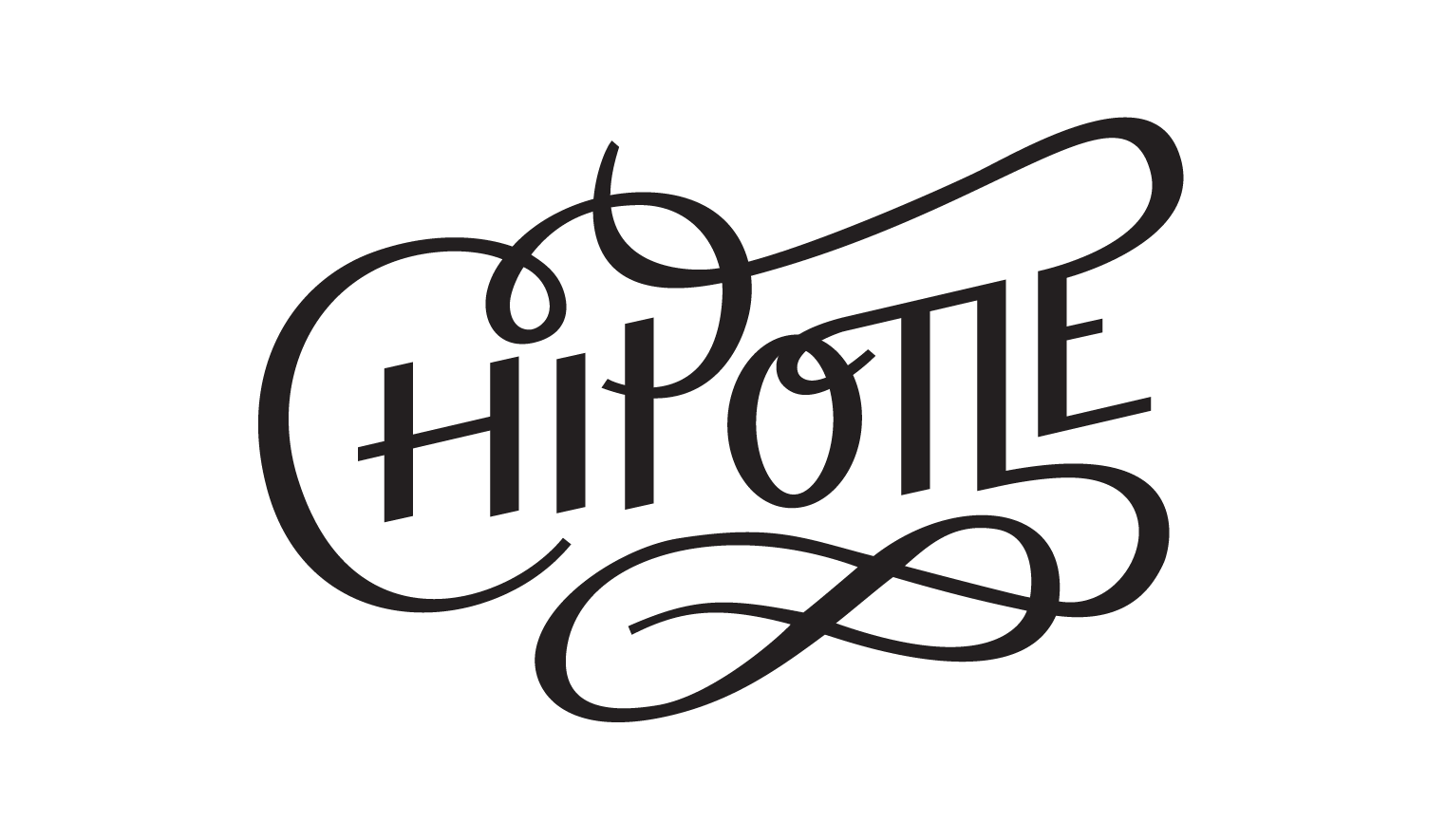 After some playing around, I've decided to not put the "Since 1993" or "Food with Integrity." Nothing seemed to look just right. So I moved on to the texture part of the video series and began the process of roughening and adding texture to the type. Took a long time and is very tedious but I think it was worth it. Here's the result: 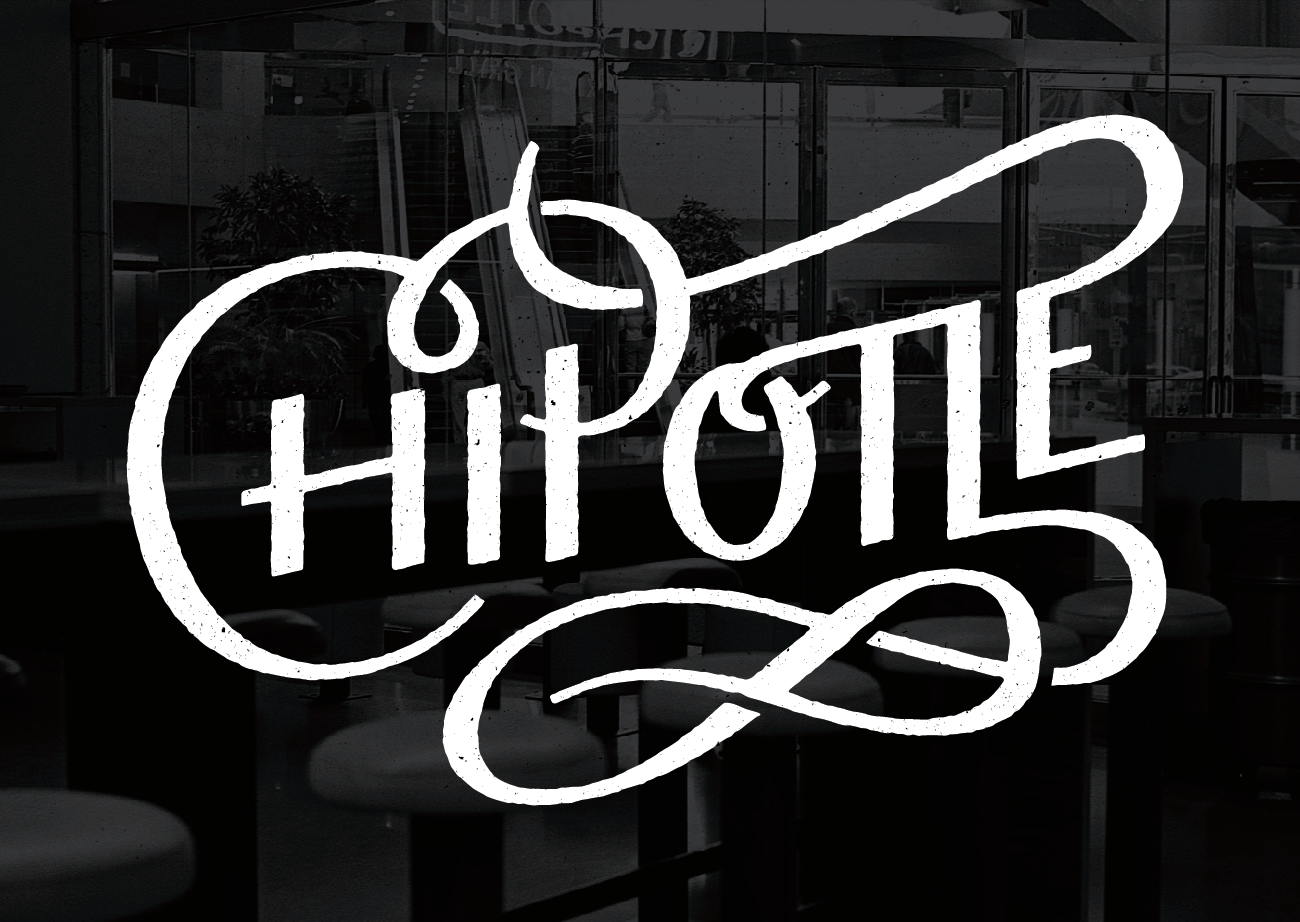 I'm going to keep practicing these techniques and make more stuff like this.

This was a lot of fun and I learned a lot. Thanks so much, Simon! 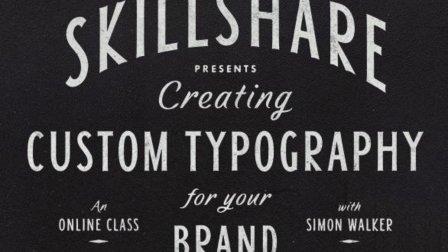