Personality: bubbly, friendly.  Smart but also fairly popular.  She has never been in the super-popular crowd, but she has (had) plenty of friends.  She is confident in most areas of who she is, but is self-conscious when it comes to guys.  Somewhat messy; creative type.  Never studies but gets good grades without really trying.

Habits/Mannerisms: Uses humor as a shield when nervous (usually makes fun of herself so others can't/won't).  Comes across as self-assured most of the time but is very nervous around guys she's attracted to.

Background: Grew up in one town her whole life, and now is in the first year of college in the same town.  Lives at home and commutes to classes.  Many of her classmates at college are people she knew as kids, growing up all together in the same area, but her best friend (Becca) went out of state for college and Becca was the only person she was really close to after the falling-out she had with many of her friends in high school (see below for more info on that).  She and Becca text a lot and stay in touch.  Anissa has one older brother.  They tease each other a lot but are close.  In high school, Anissa was in a serious relationship with a guy named Declan from freshman year to the end of junior year, when he graduated.  She was totally in love with him, and basically lost all her friends because she got so wrapped up in being with Declan that she ignored them most of the time.  At his graduation, he dumped her without explanation (simply "It just isn't working") and totally broke her heart.  She found herself alone and with very few friends left (just Becca) because most of her former friends were still mad at how she'd treated them.  She felt terrible about it and tried to repair the friendships, but it was just awkward and she spent most of her senior year as a loner, other than when she could hang out with Becca.

Flaws: She's over Declan now, but she doubts herself and her own judgment after what happened with that relationship, and she is hesitant to trust guys.  She is okay with flirting but she tends to keep them at a distance and never let it get serious (she will date them but break it off when she starts having real feelings for the guy).

Internal Conflict: Wants to be loved but is afraid to get too close to any guy; self-conscious around guys and often feels flustered or embarrassed, and pulls away because it gets uncomfortable, but then regrets it later and wonders "what if."

External Conflict: On the first day of classes, she sends an email to a girl she knows in her Physics class asking about the hot guy in the front row... and she accidentally sends the email to the whole class, including him.   Her classmates immediately start responding to the group email and teasing her, and she is humiliated and considers switching out of the class... but then the guy (Hunter) replies directly to her and says he wants to talk.  She has to decide whether to run from the situation or face it, and then what to do from there.

Description: Shaggy brown hair, piercing blue eyes; tall and slim but muscular.  (Abs for days!  Seriously, you can see them even through his shirt).  Smooth voice.

Personality: Smart; asks thoughtful questions in class, but is quiet and withdrawn in social situations.  He has the sensitive poet vibe.  He's very shy around girls, but is kind and empathetic (which is why he contacts Anissa after realizing she's embarrassed over the email about him). He's withdrawn about his personal life; a kind but private person.

Habits/Mannerisms: slouches; messes with the hair over his eyes a lot when thinking.

Background: Moved across the country to continue college after heartbreak of last girlfriend.  He is actually in his 2nd year of college, but he transferred to his current college and is having to retake many of his first-year courses because he failed so many during his depression over the relationship ending.  His girlfriend (Brooke) dumped him halfway through the first semester at the other college, and he found out that she and his best friend had been hooking up behind his back for months, since their senior year of high school.  Hunter and Brooke had they had a lot of classes together, so he found it very hard to focus and began skipping classes and his grades totally tanked.  He took the rest of the year off and then moved out of state to start over at a new college.   He is an only child.

Flaws: The breakup and betrayal crushed him and he actually blames himself, in a sense, as he feels that if a girl who knew him so well, really and truly knew him, couldn't love him then maybe he isn't worth loving.  It totally wrecked his confidence.  He's mad at his best friend for the betrayal, but he can't feel mad at Brooke.  When he thinks of her, he only feels not good enough.

Internal Conflict: He's very attractive but has a hard time believing any girl is truly interested in him.  He's exceedingly reluctant to open up to anyone after being hurt by the one person he had ever really opened up to, but he's lonely.  So he rides that dissonance of wanting connection but wanting to keep his walls up.

External Conflict: He felt bad for Anissa and her embarrasment, and felt compelled to contact her to let her know she didn't have to feel embarrassed... but now he must continue in the class with her (after convincing her not to drop) and try to navigate her obvious interest in him in a kind way while still keeping his distance. 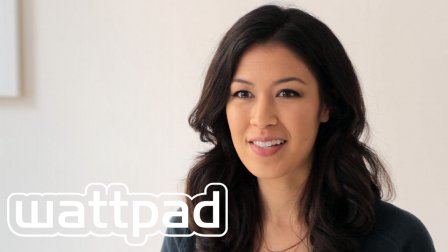