For this challenge I wanted to take a work-in-progress character of mine and design a younger version of him from scratch.
So starting off, here is said character in his current state:

His name is Jack, but he's usually called Dino, since he has a thing for ancient reptiles. (He's inspired by the game Team Fortress 2, but I'm currently working on detaching him from that more)

Here's the sketch for the younger version for the course with the 4 essential expressions:

And the final version: 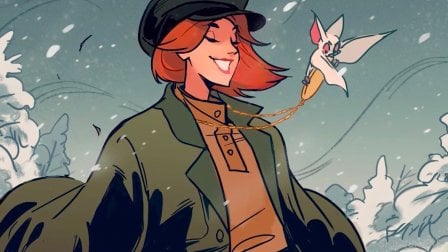