Ok, just got how this works so I edited the title and I'll bring in the project all the characters I'll work on.

The first, in order, is the steampunk general, here we go.

My result on the first brief, clear process and fairly easy. Not super happy about the result but I'm also pretty rusted eheh. Will upload the second character once done. :)

My second attempt, the scifi girl. As per brief, I kept the armor fairly light and I portraited her as someone bringing important stuff, hence the case, no weapons.
I'd like to push the next concept as much as possible so any feedback is always welcome :)

Here are some thumbnails, exploring the pose and the mood:
I decided to go with #8, maybe it would cover the suite but not that much, also I really like the dinamism of the figure.

I prepared also the Viking warrior concept. Maybe I could have gone a bit more crazy with the accessories, but I thought it would be ok to be pretty realistic on that side. At first the anatomy gave me some problems, I'm more used to girls XD 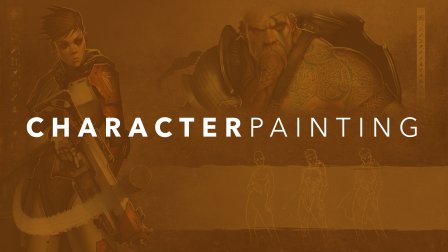 Character Painting - Design and Render Like a Pro
Hardy Fowler