I'm not very experienced with painting and rendering but I tried my best. This character is named Maye. She's the ruler of a series of kingdoms set up in a frozen desert. The culture of that region is influenced by Norse and Himalayan civilizations so I tried to add those into her outfit along with just doing some generic fantasy stuff.

Here's the design with the suggestions added to it. I probably could've made the blue lighter on the cloak but I didn't want it to be too distracting. I really did like the idea of adding a medallion though because it is an important symbol.

When it comes to art, I do an attempt 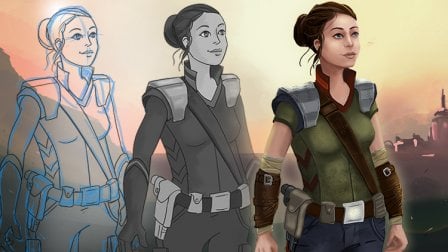