Rachel didn’t blame herself. After all, she wasn’t that kind of person, she wouldn’t roll over; belly up and complain about her problems. No, Rachel would look at a problem from every angle until a solution emerged, but she wouldn’t stop there, oh no she wouldn’t stop there. Rachel would work at that problem until it was no longer a problem and then she would reap the benefits. That was Rachel, or at least that is how she pictured herself as she stared blankly out of the police car’s window.

Rachel didn’t blame herself, she mused in her mind, blame herself for what? Suddenly a hailstorm of ideas collided with each other and Rachel tried desperately to target one at no success, she simply could not remember what events lead up to her current situation. Then she was tethered and dragged out of the rabbit hole she was so comfortably daydreaming in, or at least that is what it felt like. Because in doing so all feeling was returned to her and Rachel first realised just how much her head was throbbing, and it was throbbing hard. She went to place her hand against her head to test its temperature but was foiled by a pair of handcuffs that began to dig into her wrists immediately after she became aware of them. Rachel looked up and saw the backs of two officer’s heads; both of them silent, not talking, in fact not making any noise of any description apart from the sound of the driver’s hands abracing against the steering wheel.

Rachel’s attention turned back to her headache as it began to subside and she could concentrate again. Her mind rattled and grinded into gear, as she saw images of being thrown head first into the window of a car while her hands were yanked down behind her back. Rachel had a feeling, she looked over to the seat on her left and then slowly looked up, only to find a huge crack that splayed out across the passenger window, like a freeze-frame of a half exploded firework. Rachel put her head between her legs to try and counter the sudden impulse to throw up. Her long dark hair creating a veil that bared the light from entering. Rachel spent the longest five minutes of her life fighting back against her stomach’s tide, but the excess blood being pumped to her brain opened a floodgate all of its own. She began to buzz as she remembered more and more of the events that took place before hand.

Rachel sat up, stared at the back of the officer’s heads, thought to herself for a second and said “So…” Really, was that the best icebreaker she could come up with, she felt a blush but shook it off. Either way it achieved no response, not even a twitch. However Rachel was persistent and began “So” again “, where are we going?” In a slightly more pathetic voice than she was anticipating. The officer  in the passenger seat next to the driver released a single chuckle which was met by a sharp glare, fired from the driver. The officer’s grin dissipated instantly and they both returned to their original positions. Something was not right in Rachel’s mind, something seemed off. Was it the brutality of her arrest or the fact she wasn’t committing a crime in the first place. Then it hit her; she wasn’t doing anything wrong in the first place, her memory flooded back. So why was she here and who are these officers?

Before Rachel could take a breath in protest there was a flash in the corner of her eye and then a force so hard it whipped her head almost clean off her shoulders and threw her body like a ragdoll to the other side of the car. Her vision went dark. Rachel awoke to the sound of a calm voice which slowly overtook the ringing in her ears, it was a man’s voice. She couldn’t understand what he was saying. Rachel opened her eyes to see a blurred figure hovering above her, he was tall, clad in a long, dark coat. As he dragged her out of the crumpled car his voice became clearer “Damn it” he said under his breath. He looked at his watch “Rachel... Rachel? Rachel! Can you hear me Rachel!” She nodded. Wha… what’s happening? Rachel muttered. She couldn’t feel the handcuffs anymore. In fact she couldn’t feel much at all. Before Rachel could process the past 30 seconds, the man lifted her to her feet and bundled her into the passenger side of a black 4x4. He went round and got into the driver’s.

“Let me get those.” The man reached down, with a sizzle and a ping, Rachel began to feel her hands and fingers again. She didn’t hesitate. With her new found freedom she bolted for the door handle. Rachel fumbled with it until she realised it was futile. “Child locks! On the passenger side?!” Rachel protested. “Rachel, you need to listen; I’m not here to hurt you.” She raised an eyebrow. “Well you could have fooled me.” Her mind finally catching up to the present. “You literally crashed a car into me!” She gestured with her hands. The man remained still for a moment. Until the edge of his mouth began to curl upwards. “And yet you’re not hurt.” Rachel’s expression shifted. She looked down, patting herself to test the sensation. She was fine. Not a single cut or bruise to be found or felt. “Wow…” The man’s smile faded. “My name is agent Ferro. I’m with an organisation that deals with things that most people believe aren’t real. I need you to trust me.” Rachel let out a laugh. “Well Agent Ferro, from the illuminati. I’m Doctor Pants from the planet; Neon Banana 5.” “I don’t think you’re taking this very seriously.” Agent Ferro confessed. “You think! How the HELL am I supposed to trust you?! You sound like a maniac who, let’s not forget, put me in a car accident!” Agent Ferro took another moment and said “I understand where you’re coming from.” “Oh do ya!” Rachel interrupted. He continued. “But I’m afraid your options are quite limited. So I’ll make it clear. You can either leave now and get picked by more of those guys.” He gestured to the upside-down police car. “Or you can come with me.” Agent Ferro’s expression didn’t change as he waited for a response. Rachel strained her mind in contemplation. All snark disappeared under Agent Ferro’s words. Rock and a hard place sprung to Rachel’s mind. “Those people will be after me for a long time, right?” Ferro nodded. She sighed in helplessness. “So, where are we going?” He turned the engine over. “Good choice. I’ve got some people who would like to meet you.” 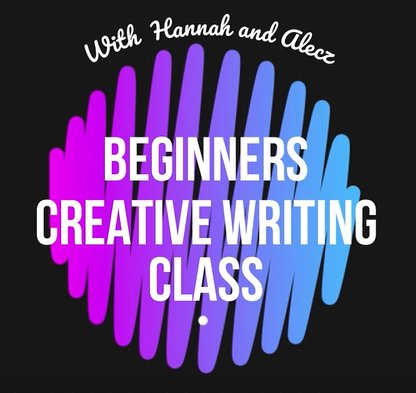