Castles in the Sky

Original image.  If you'd like to buy this print, you should do that from here. 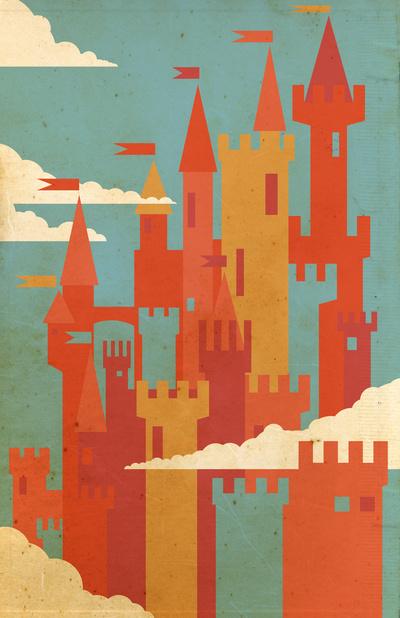 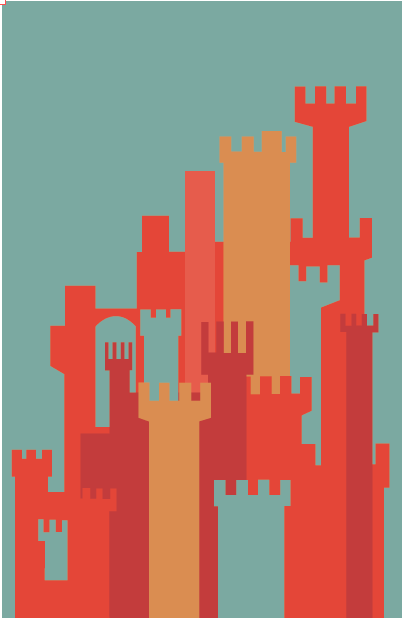 This is just the castle towers themselves, no clouds or turrets or windows or flags.  I used the pen tool for all of this.  I found out just how important layers were - right now I have three layer groups set up: the original image, the background, and then one for the towers.  I originally had four - background castles and then the front castles, but near the end, I realized I could combine them into one with no ill effects.

Adding turrets and windows and clouds will be next.  I plan on making all of them using shapes to practice combining shapes together. 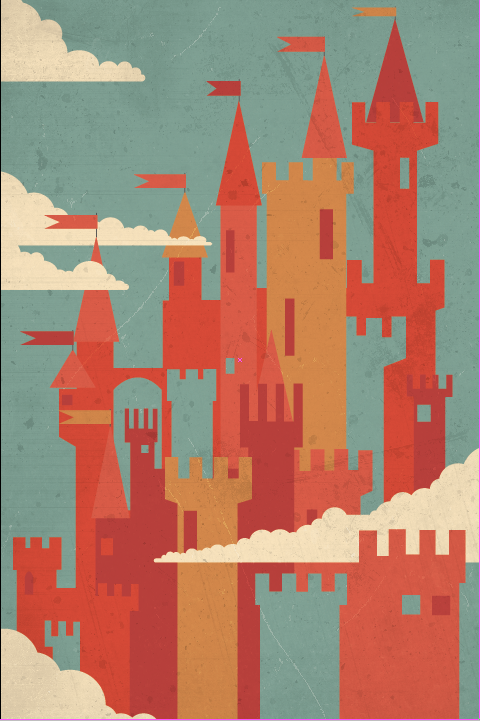 The windows, flags and the turrets were easy - just basic shapes of triangles and rectangles, though I got a little fancy with the bottom left window and added a curved top to it.

The clouds were BY FAR my favorite thing to make - just a thin rounded rectangle base and circles in various sizes to create the puffy parts.  I also added flagpoles to the flags because how else are those flags staying up there, am I right?

I just googled "grunge texture" and "scratchy texture" to find a couple of textures to put on top - this was actually my first time working with textures (I'm normally an editorial designer) so I might not have done it correctly, but I just placed it in the document, chose a mode (overlay for two of them, soft light for another) and then adjusted the opacity until it looked like I wanted it to look.

It doesn't look exactly like the photo, but it looks pretty close, and I'm happy with it!