Canada Picture No. 6 (skull and fish)

Canada Picture No. 6 (skull and fish) by Douglas Coupland

This photograph (object-based) is a projection of the past on the present. Coupland used modern time materials and arranged them in the traditional order of the 19th century in his recreation of still lives by William Harnett or [John F.] Peto.

"You expect to see violins and grapes and that sort of thing in still life. But when you see bologna or a nuclear power plant or hydro towers, it makes you realise that what we're living through right now is a transient moment in history as much as any other moment has been."
- Douglas Coupland, speaking in the audio guide app that accompanied the Vancouver Art Gallery exhibition

He intended to deliver an idea through the artwork. The idea that the moment that we're living right now is nothing more than a passing moment in history, just like any moment before it.

Gazing at the photograph in the exhibition, one might be astonished at first because of the unusual materials used in this still life recreation. But that's exactly what Coupland intended.

This artwork dates back to 2001, but it's not really a long time comparing it to the still life works of the 17th century.

He investigated Canadian culture and then used imagery and objects concealed with symbolic meaning for Canadians to define what it means to be Canadian, offering a “secret handshake” not easily understood by people who have no background of the culture of Canada. 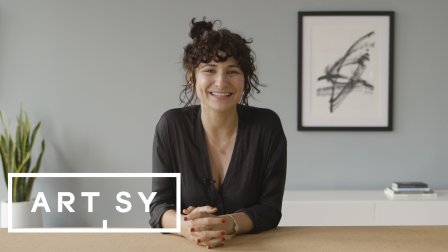 How to Talk About Art: A Beginner's Guide | Learn with Artsy
Artsy's Learning Team and Jordana Zeldin