Creating a poster to promote Calvin Harris' last album "18 Months". I am a huge fan of his. I love the energy he brings to his albums and live performances. Kind of a no brainer.

1. Development - I wanted to create a poster that encopmasses electronic music, and keep aligned with Calvin's branding, but make the poster as basic as possible. Less is more. 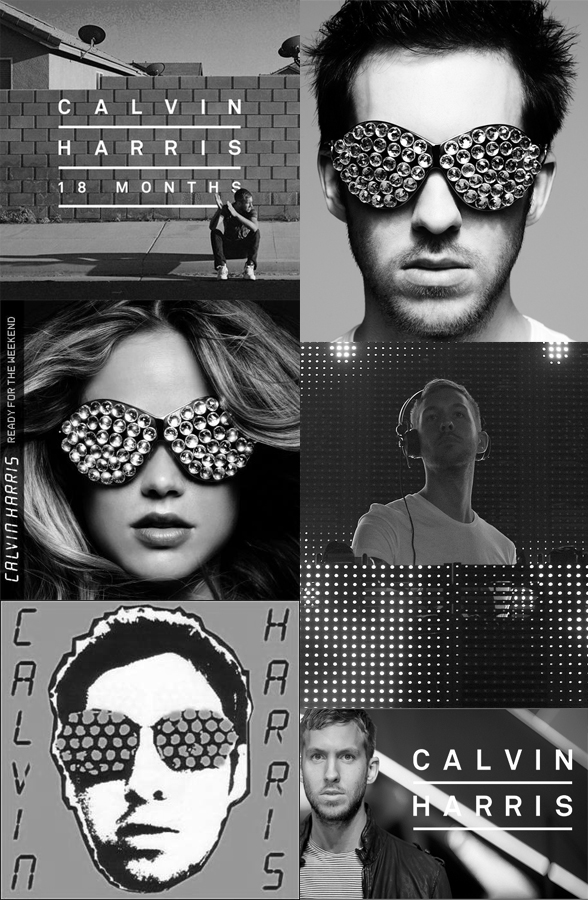 I knew early on that I wanted this to be a very basic, grayscale image, here are some inspiration pieces from various albums. 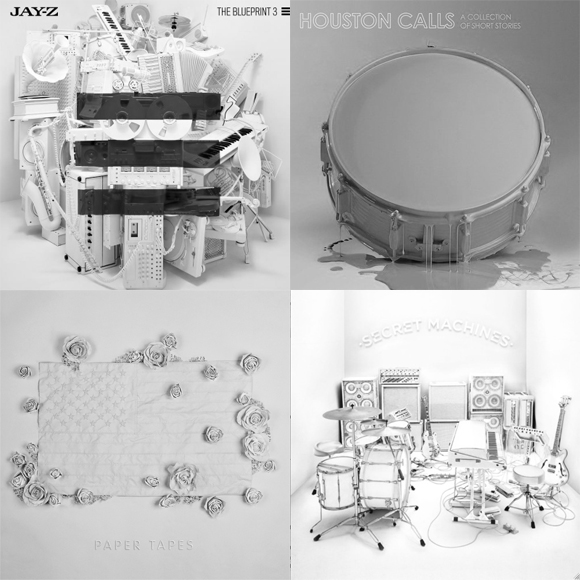 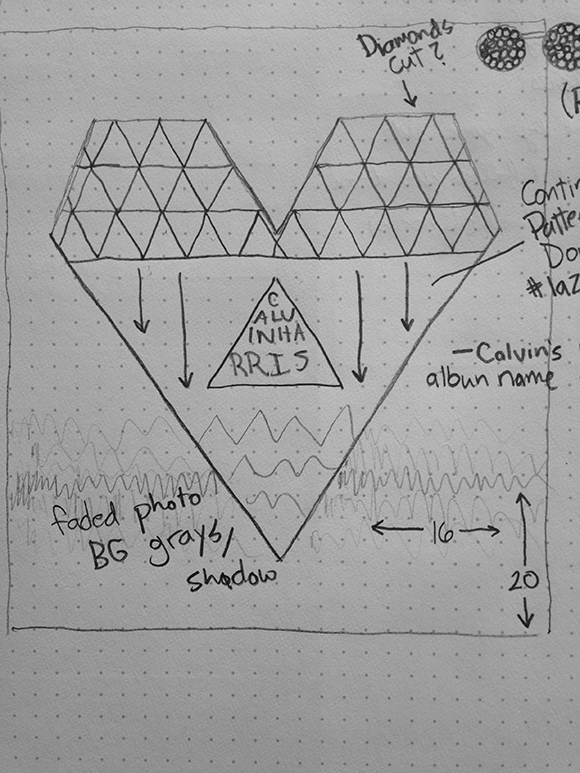 I wanted to make this look like it was shot in a photo studio. Not sure if I want to paint this in after the fact in Photshop, but we'll see...

I started this piece on the iPad in InkPad. InkPad is kind of a watered down, portable illustrator. I generally start my designs here because of laziness and not wanting to sit in front of the computer in Adobe apps. This is the first trial of the design, trying to flesh out the angles. Perfection will be the death of me. 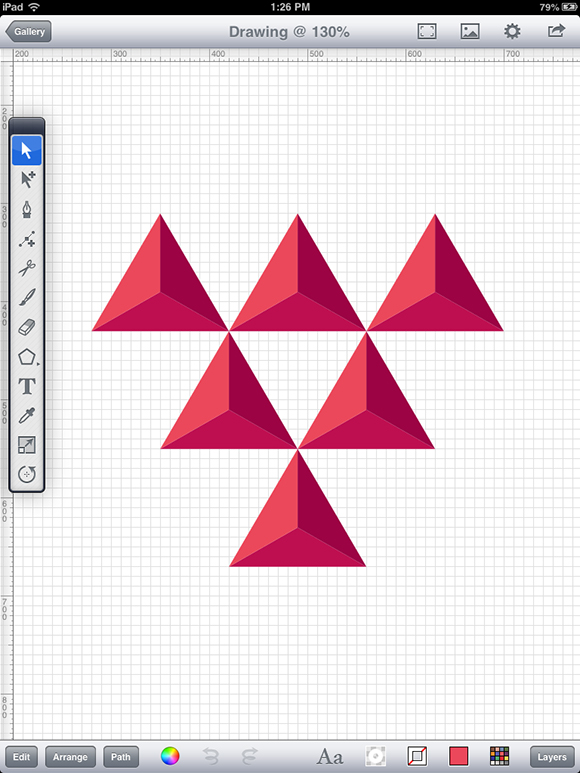 Once the angles were figured out, I knew how I was going to lay it out in illustrator. I decided to go with a heart pattern, as stated above, because the theme is based on the song "Sweet Nothing" with Florence (without the Machine). So, mixing the triangle, "diamond cut" pattern into the heart... 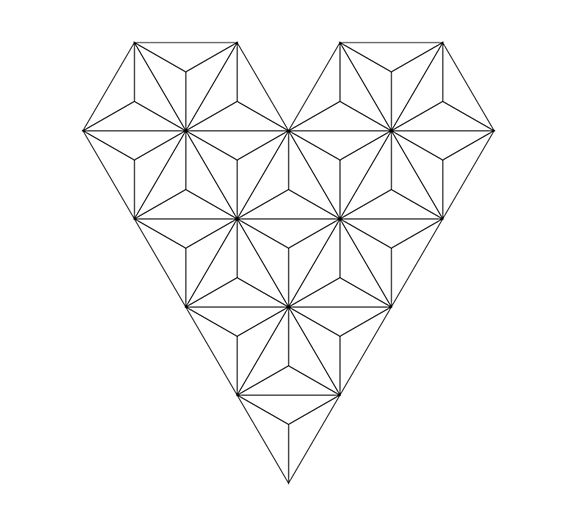 4. Decided to move into Cinema 4D:

Originally, I wasn't planning on migrating this project into Cinema 4D, but I felt like the photoshop redition that I was working on needed a little more punch. I was going to "paint" in the studio look that I was trying to go for, but it looked very fake to me, hance why I took it into Cinema. Below are some screen shots as to what I did. 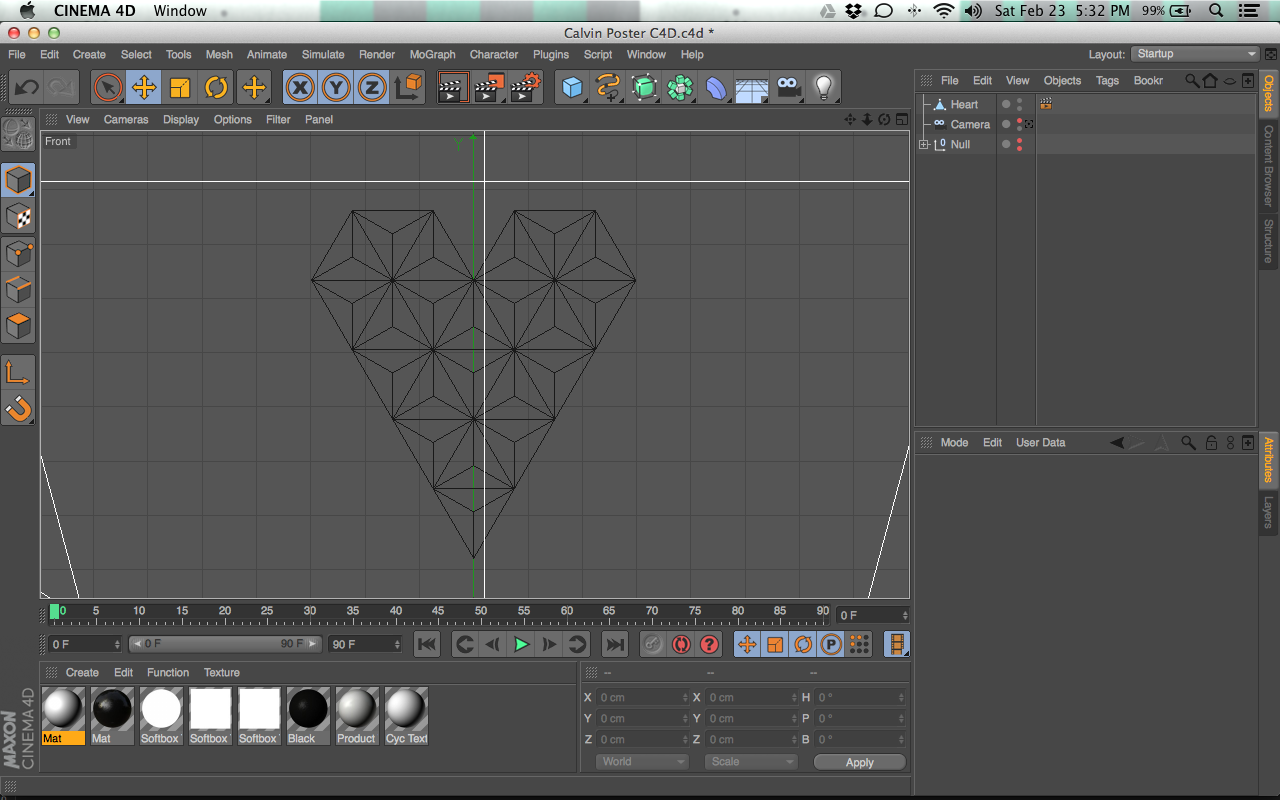 In the above screen I simply merged my illustrator file with a blank Cinema project (the lines in front of it are lights). 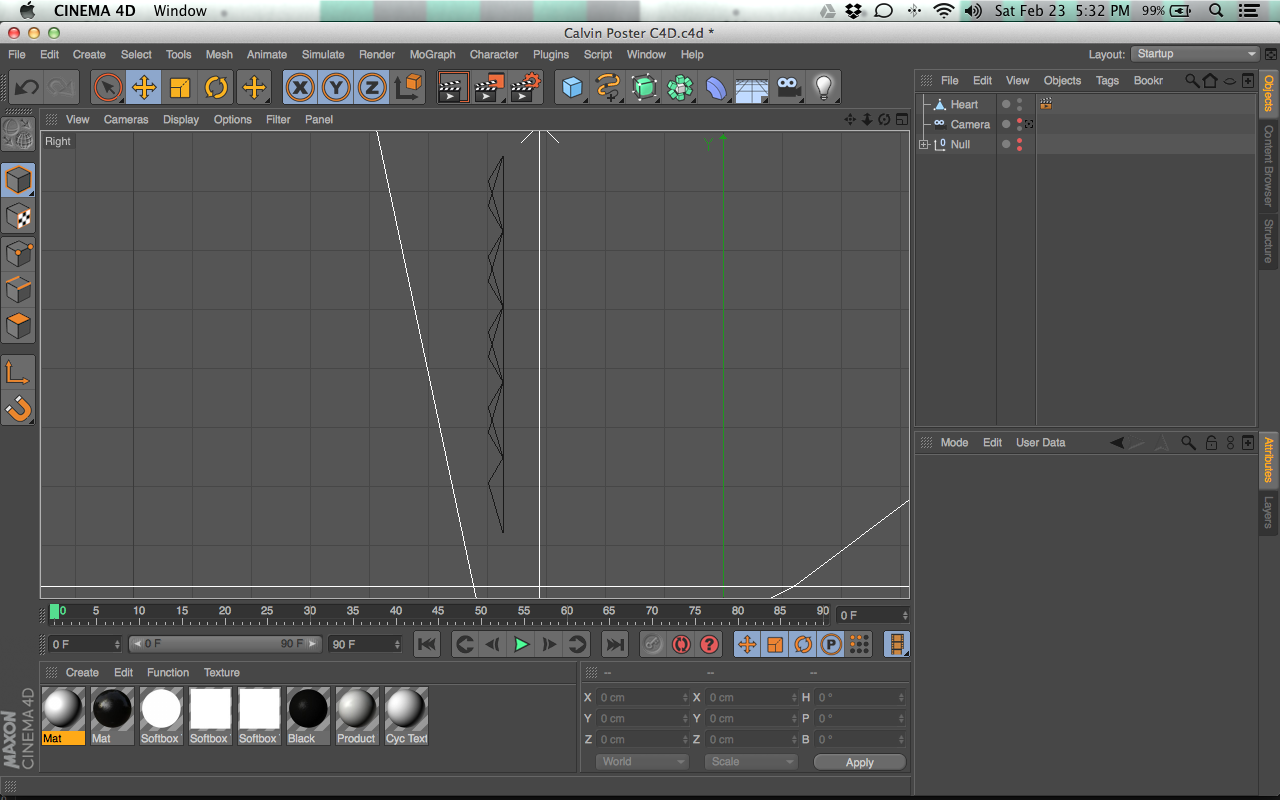 For each point, the intersection of each triangle group I moved forward, in Z space, to build the pyramid look I was going for, viewable a little easier below. 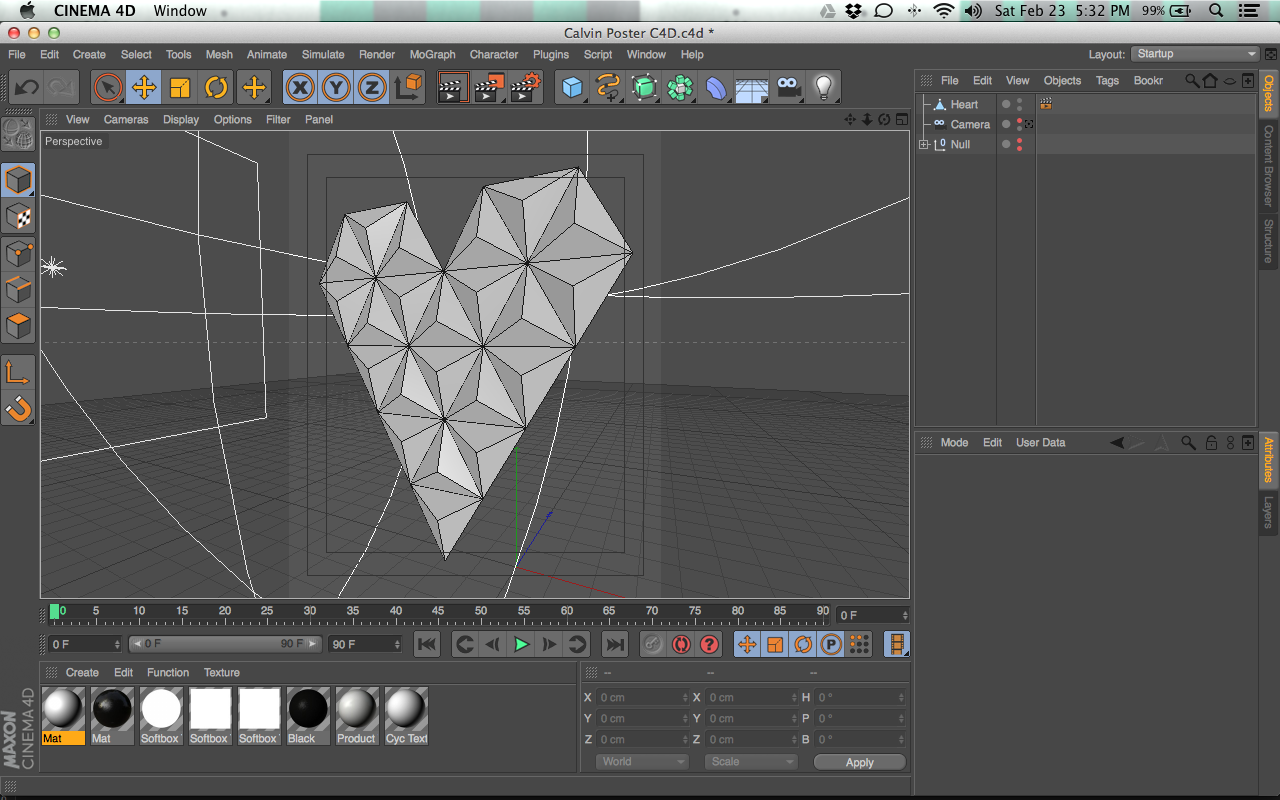 This is, finally, becoming close to what I was looking to achieve. All I have to do now is lock the camera down, finish lighting it and wait for her to render. 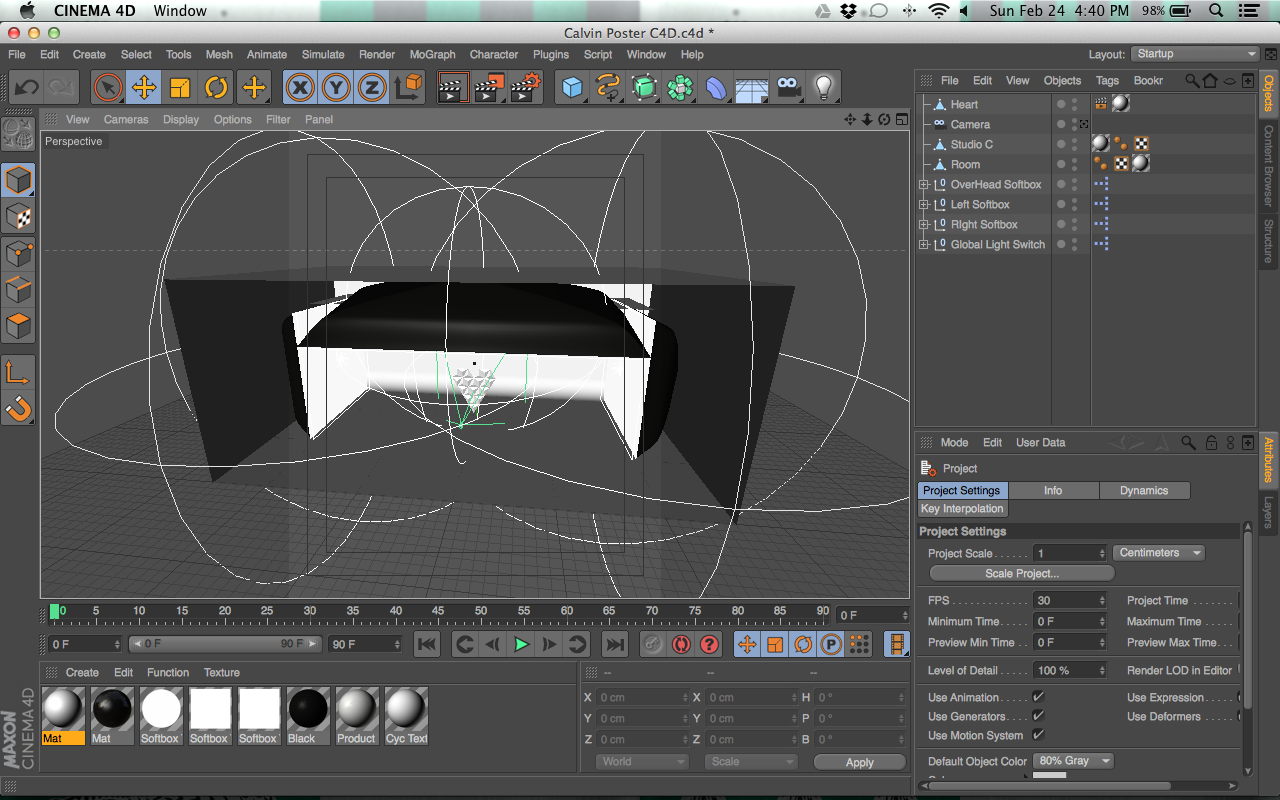 When setting up my final renders I use the GreyScaleGorilla HDRI studio tools from Nick Campbell. I've found these tools cut down my scene setup time significantly. As you can see in the above picture, the studio setups are ready to go. After a little tweaking, I can start my final renders. 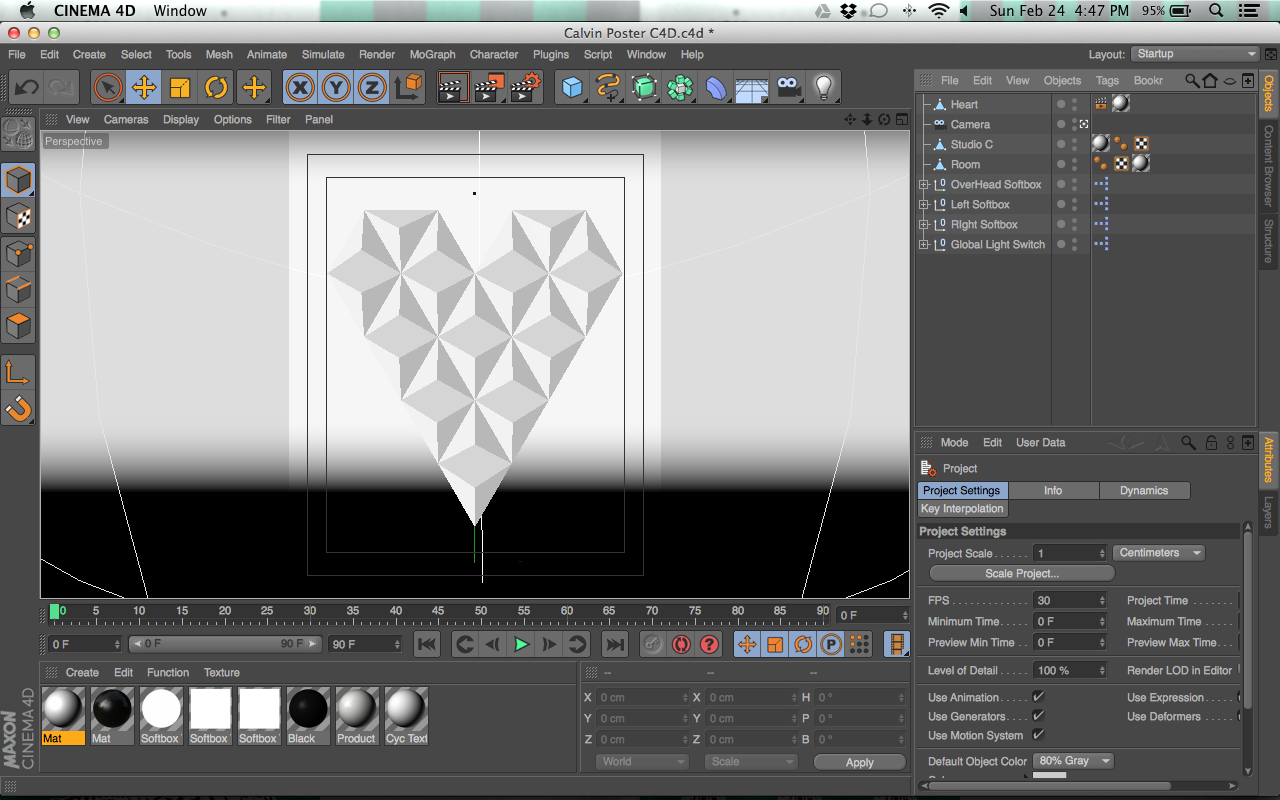 Now that everything is placed correctly, it's render time. 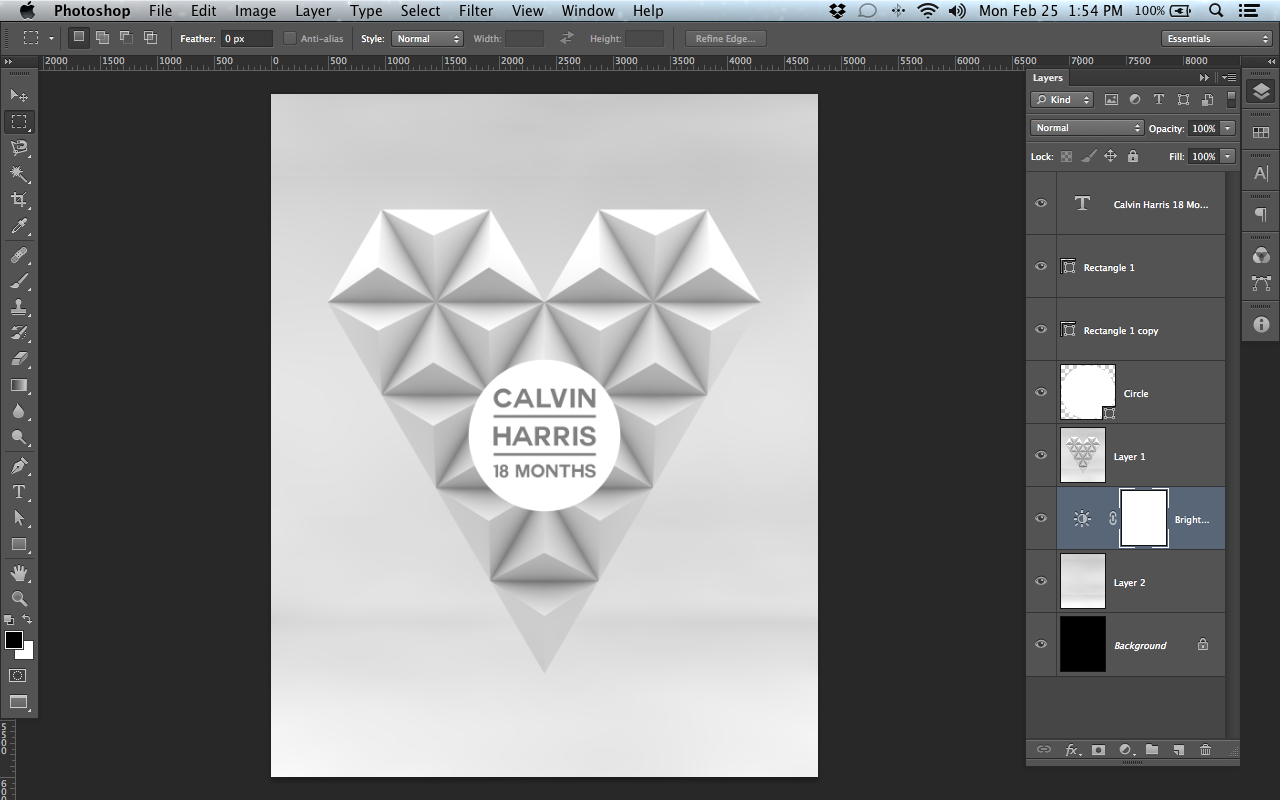 I decided to go with a circle in the middle of the heart to keep consistant with the "18 Months" album text and layout. It wouldn't have worked quite as nicely had I used the original idea of another triangle in the middle. 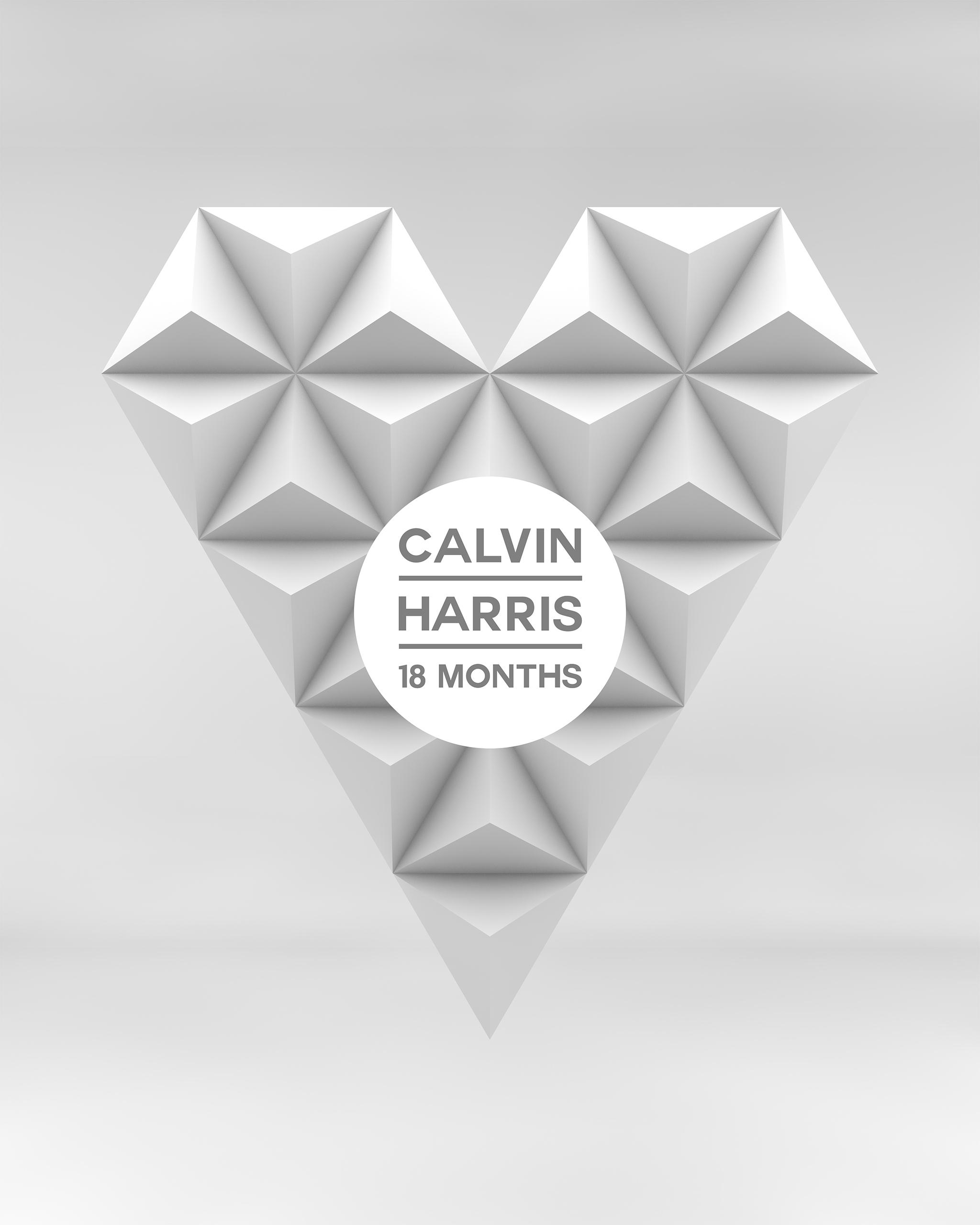