UPDATE 4/2/13: I brought the lettering into photoshop with an image I took in Yosemite several years ago. I chose it because I think it conveys a really nice "dreamy" feel. I also added some texture to give the lettering a more rugged "great outdoors" feel. I will be posting a few more treatments of the lettering soon! 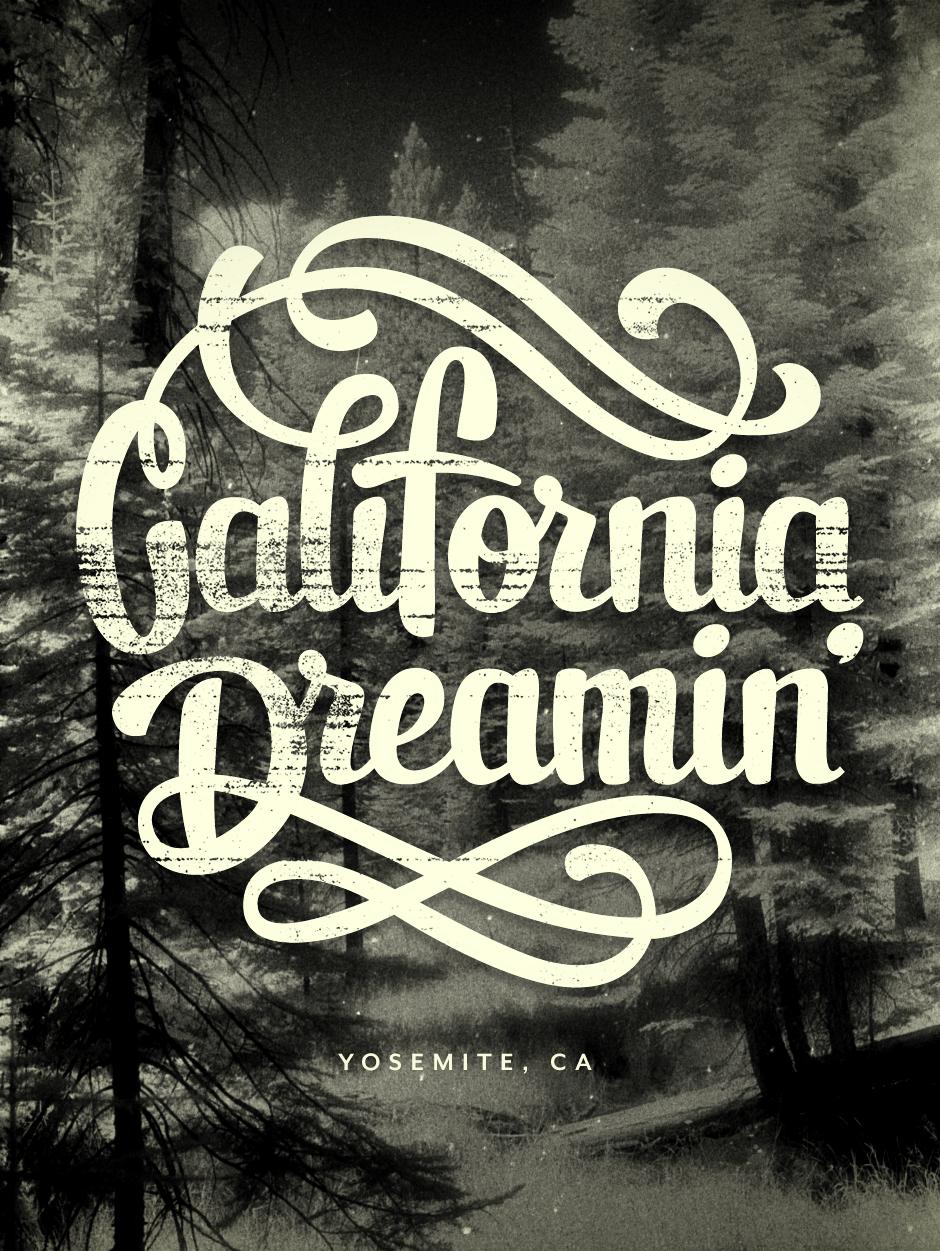 UPDATE 3/28/13: Fixed up the curves on several letters and the consistency of various letters 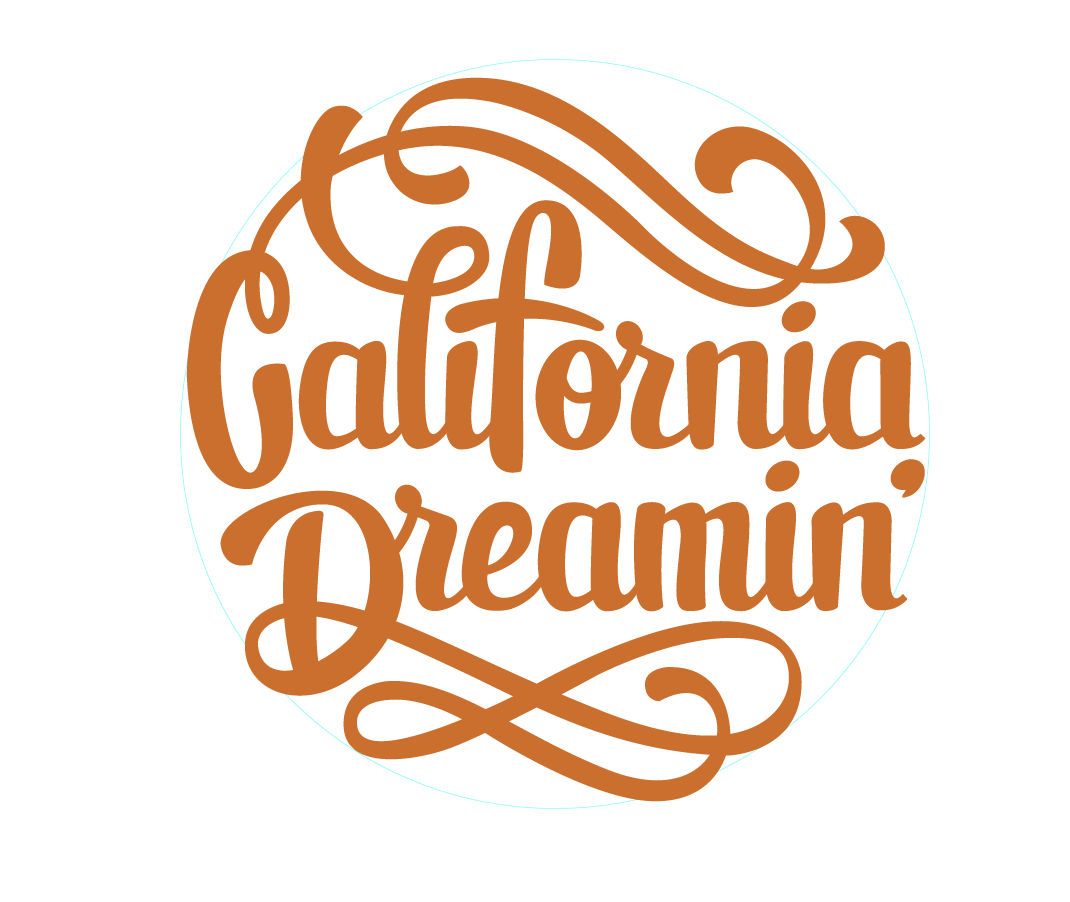 UPDATE 3/25/13: Finally in Illustrator. I got a little bit of a late start, but I am getting excited with seeing this go digital. 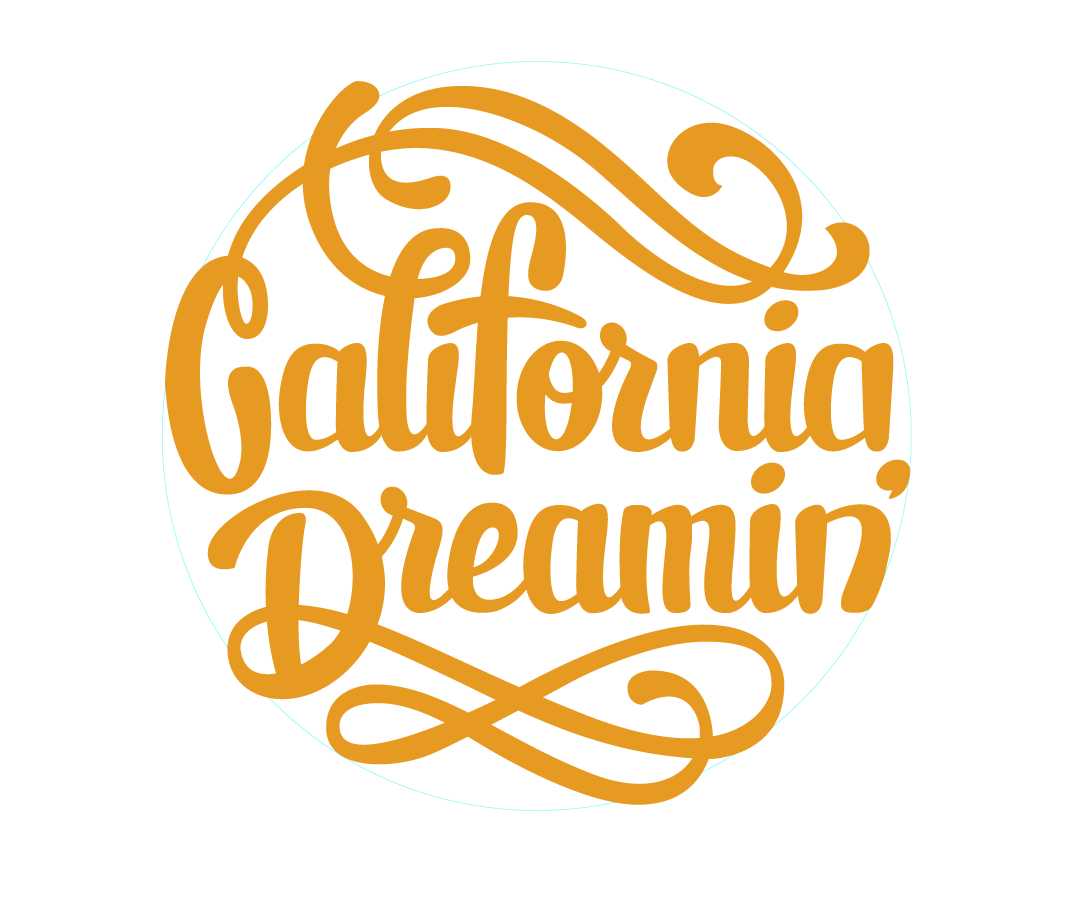 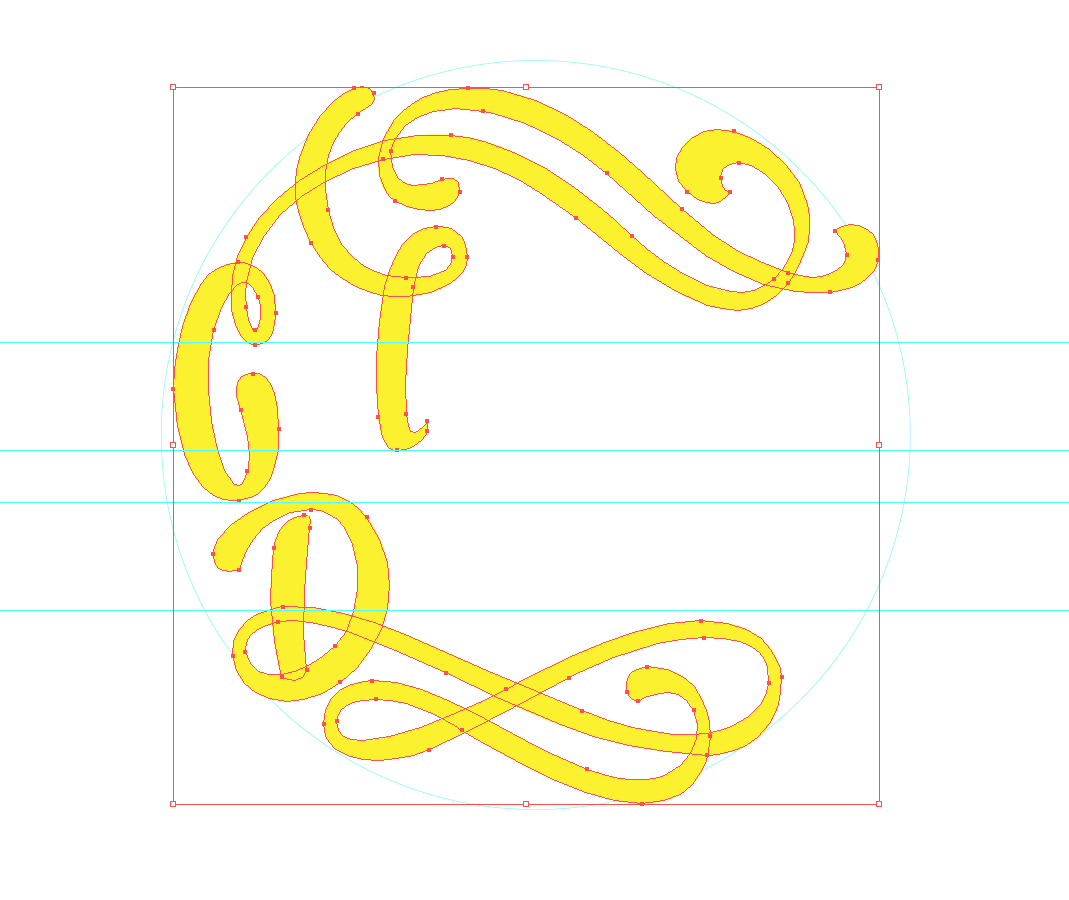 UPDATE 3/20/13: I revamped the entire style of the script to make it more playful and fun. Also, I'm trying to make the flourishes resemble waves. I like how the top is working to do this, but still considering redoing the bottom. 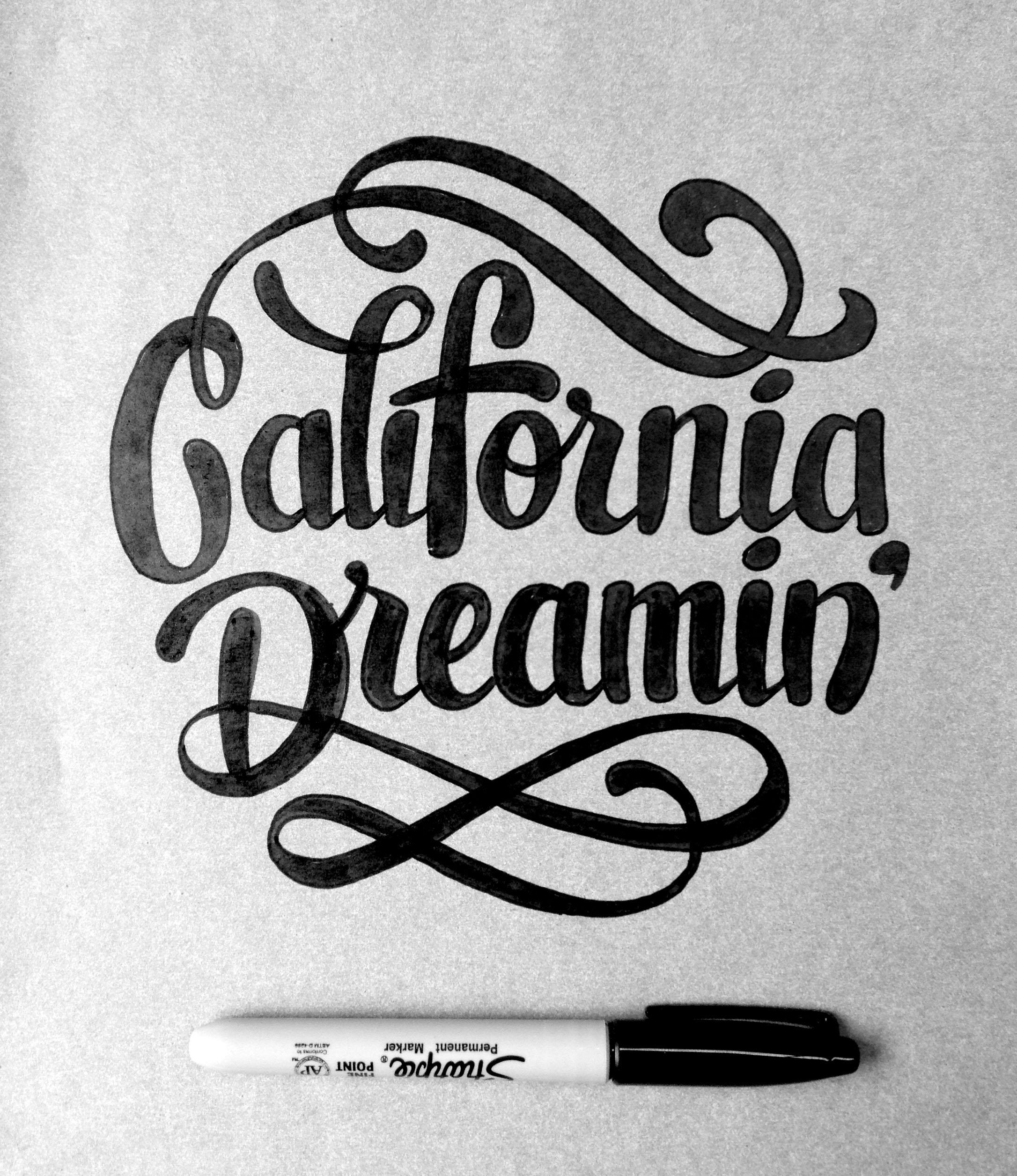 Here's a rough sketch of some of the revisions I ended up with. Still need to retrace this, smooth it out and add contrast to the lines. 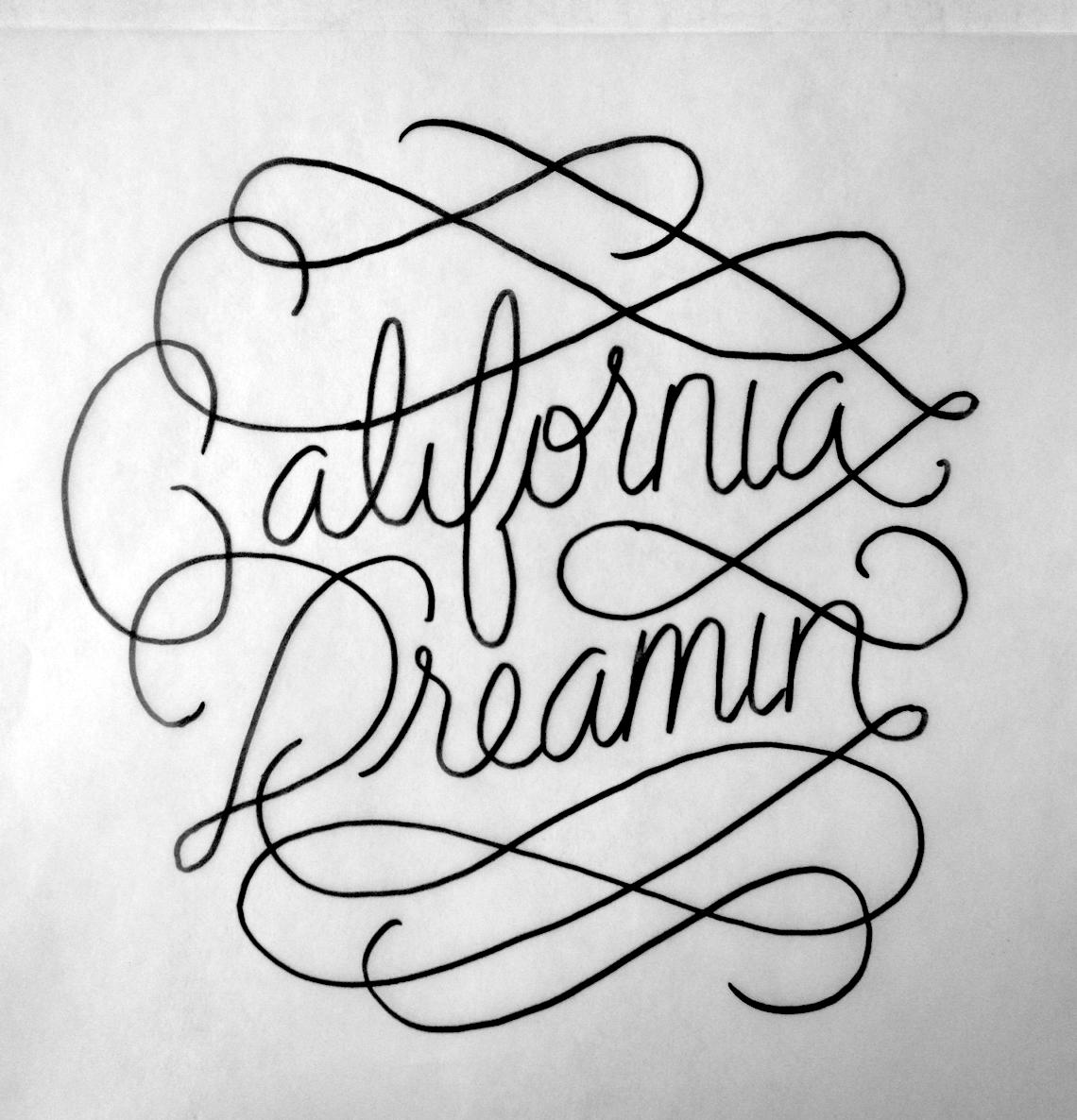 Variations: hoping to acheive a sense of balance in the letterforms. 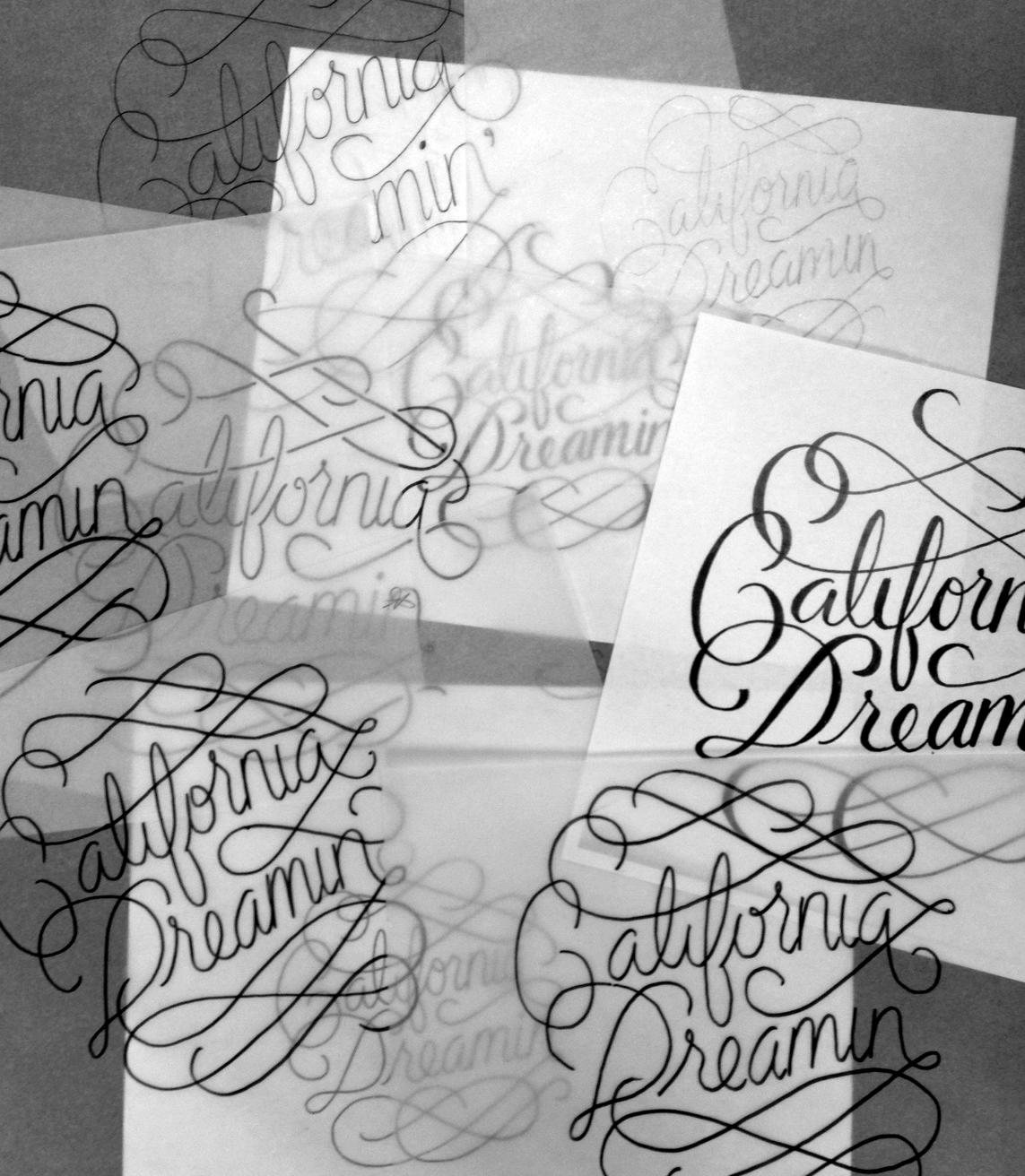 Working on a series of California themed lettering projects that will be screenprinted.
This is the initial sketch. I felt it was too heavy/busy at the bottom, and that the letterforms needed more consistency, so I have been doing a bunch of sketches to work out all the spacial relationships. I'm hoping to achieve a circular shape for the overall piece. 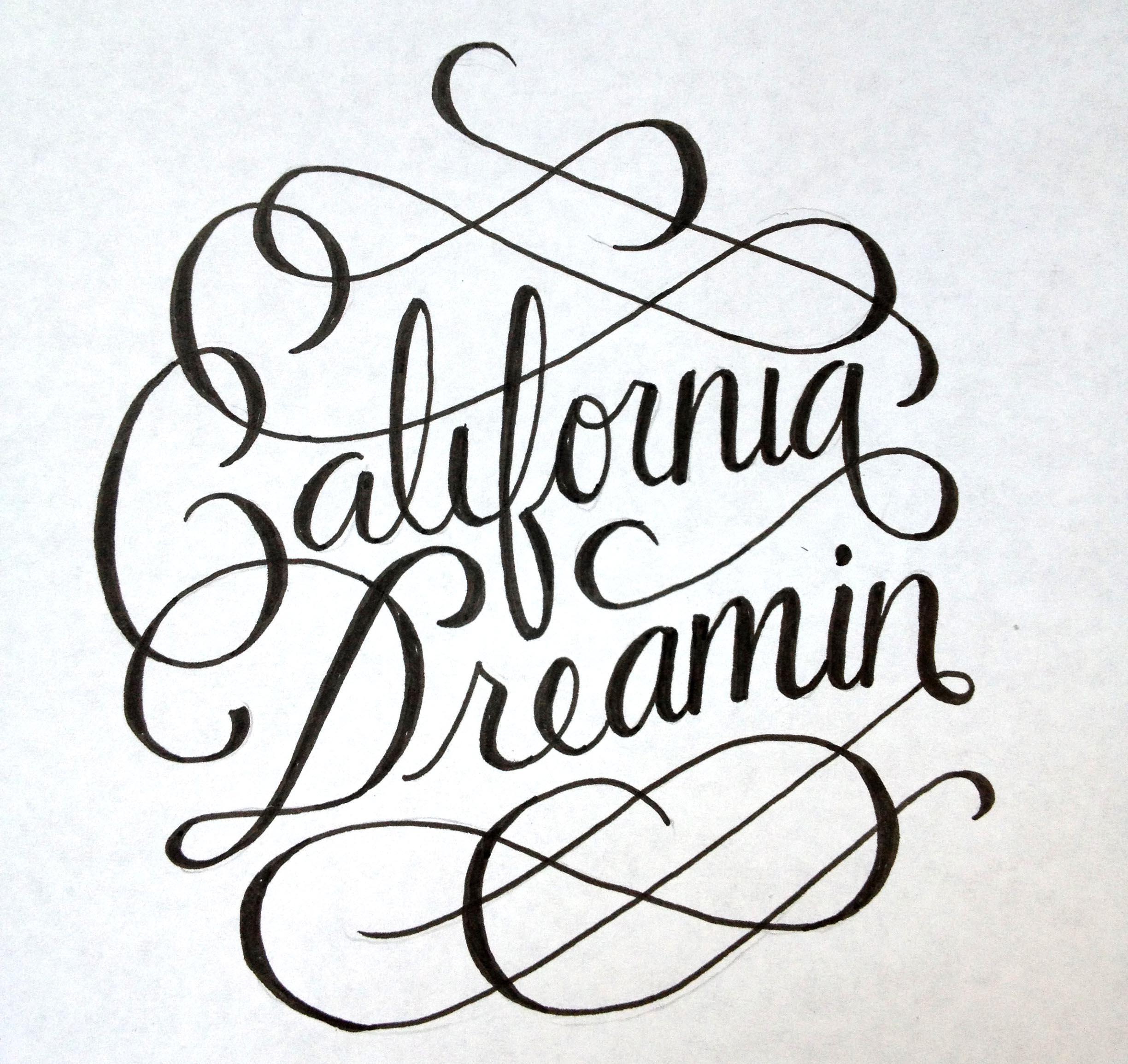