After going through a word map, I arrived at "caffeine sources" as a badge/icon project.  I have no projects open right now, so this is just an exercise in creativity for me.  I landed on this one because I needed something I could relate to, and that seemed "badgable" as a beginner.  There are limited sources of caffeine, I certainly am guilty of being a daily user, and it seems like a fun project that lends itself to iconization.

Once I dove into that, the sketch process lead me down a few paths - the straightforward "tea leaf, coffee bean, chocolate bar, etc" as the graphics was the launching off point, but really wanted something with at least a little more appeal, and not so straightforward.  I'm uploading my "round 2" sketches, where I finally started to hone in on the idea of caffeine being a tongue-in-cheek super power (which is how I started playing with the superman-like shape), and each source of caffeine in it's most potent, masculine, over-the-top form (that would also lend itself to illustration).  For example, chocolate seemed to have very little imagery besides chocolate bars and chocolate-dipped strawberries, and I was blanking out.  However, these images are way too "soft" - they aren't super powers, like a shot of espresso, they're candy.  My best arrival there (for now) is going with the origin of cocoa in aztec culture. 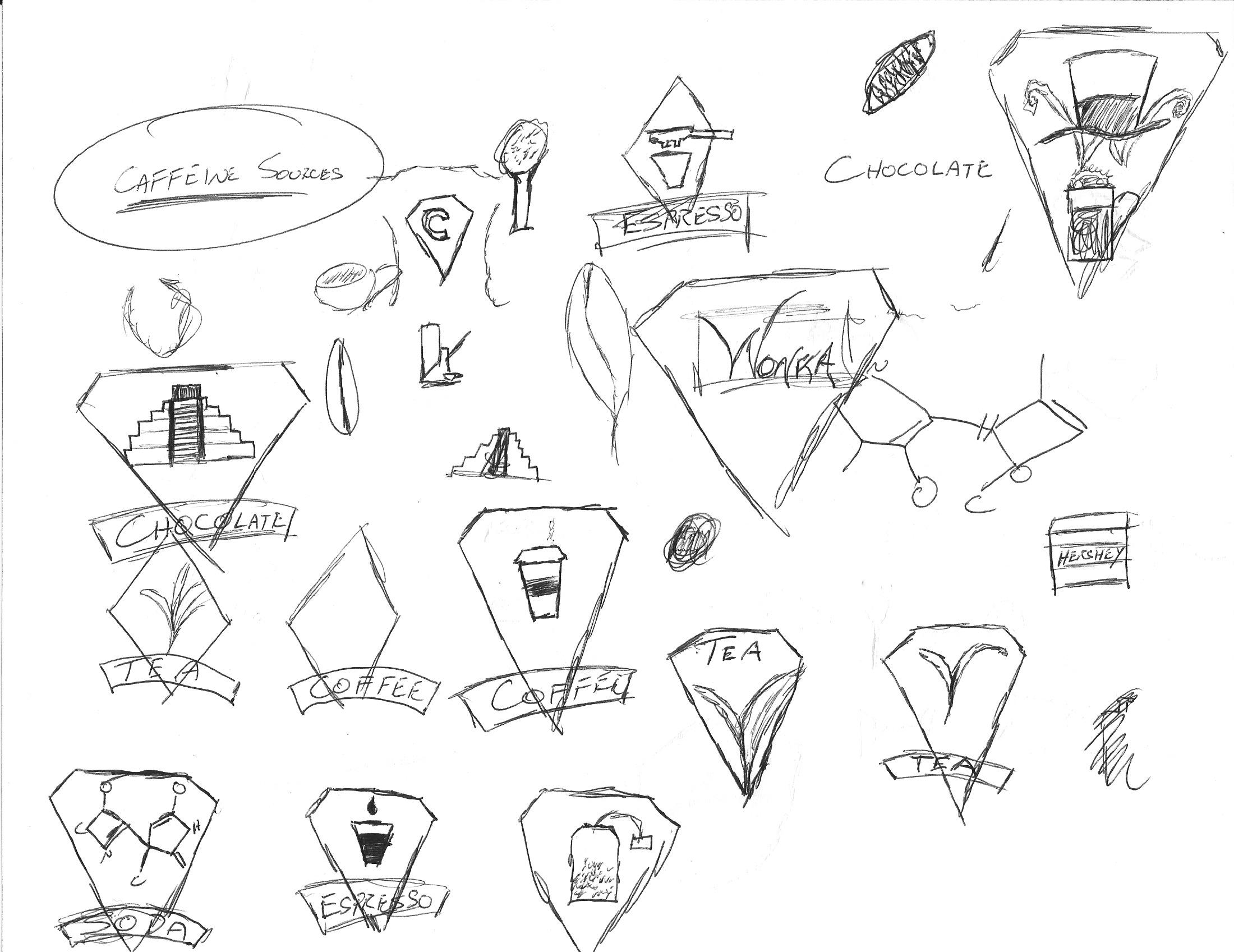