After going back and forth between multiple ideas I finally settled on this for the first project outlined in video No4. I think it turned out pretty well in the end. The only thing I was unhappy about was the two birds colour, I just couldn't decide on what to go with.

So I had a crack at the "Swan", went through different iterations on the top line (No1-No4) trying to bring out the idea of a Swan and not just a generic bird. This led to the Orange streak implementation in No1 and No2.

The second line was me playing with colour gradients, Shape tool to create shadow and using negative space (and less about the Swan itself just for fun). Unfortunately due to Skillshare some of the colour has been lost upon upload.

I really liked how No2 came out, personally think it fits what I was going for most.

The first two triangles are what make up my happy accidents that turned into pac-man.

I first explored putting the triangles together to make a bigger shape and deleted a section by accident which gave me the idea of creating pac-man. No3 is what I first created when compounding all the shapes together.

Then I wanted to experiment with gradients, I selected the two bit triangles (that where grouped individually) and selected using the eye dropper tool, choose a gradient from the colours I messing around with and it created this super cool effect as shown above. (No2)

No1 was me wanting to see what would happen if I applied it to all of the triangles in groups. I wish I knew how to add texture as this would definitely add to it, hopefully I will learn this later! Without a doubt this is the best thing I have done so far!

So I finished up using the Curvature Tool (and added my own little details). I stuck with more traditional colours for the originals, branching off later in an attempt to bring all the colours into the same pallet in the second iteration. That's all really. Tomorrow or possibly the day after I will move onto the new part of the class.

To make it easier for everyone (including myself), I labeled each owl with the initial of the tool I used to create it. 'P' for Pen Tool (PT for short) and 'C' for Curvature Tool (CT for short).

If I was to convey my tool preference in a few lines, for this particular case it would be the CT. Even if it has its own little kinks I found it a lot more reliable to create fluid curves. For instance the PT owl, left eye, the inner gold eye is slightly off on the left hand side which I just couldn't seem to bend it to make it look natural. Yes, I could have cheated but I'm too stubborn to do that.

Although I found the PT to be more temperamental than the CT thanks to Illustrator you can mix the two tools by connecting to the Anchor Points (I think that's the correct terminology?). So without a doubt the mixture of the two would be the best of both worlds.

Anyway, that was a lot of text. On to the next one!

Once I had finished playing with the different brushes, I chose a couple I liked and tried to create a sea/underwater theme. I started with the octopus warping around her body, adding the blue line in the middle of the tentacles to make it feel less flat.

Next was the piggy bank. Considering it was a land animal the only solution's to make it fit the theme was adding a snorkeling mask. Which I think fitted quite nicely.

As for the model, I gave her scales to give the impression of an underwater creature, the obvious would be a mermaid. Added some seaweed to her hair for that extra push.

The rest of the things I added where for consistency sake e.g. water bubbles and more seaweed.

If I was to go back I might look at adding a coral crown or something to fill the space the hat left.

This was something, so far out of all the projects, this was the one to take the longest. Four hours roughly on and off. I think the reason is obvious to those who have done it but that 'v' and 'e' (especially the 'v') was torturous to try to re-create. This is why I left the template visible to show just how much I had to deviate from the original design.

Does the end result look bad? Not particularly, but what this has shown me is there is limitations to what the Width Tool can achieve, and possibly another tool may be more suited to this particular job. However, it is still super cool to use and I will definitely remember this one for the future.

So I took a little break since I last did a part of the course but I'm back!

I really liked applying text to a curved line, it really opened my eyes to how its executed in numerous circular based logos I've seen over the years and played next to no thought over. As you can see above I wanted to put some of the skills I had learnt to use. I started off with some words, a few quick sketches and plopped them in Illustrator to create a myriad of designs. Sadly theirs no client to judge for me cause it came down to two designs that I liked. I hope the message of the 'The Association for Pet Obesity Prevention' comes across. The idea came after the brainstorming, mix a weight scales and a pet paw (common pet is a cat or dog so a paw seemed convenient) together.

If you have any feedback it would be most appreciated (although I'm still learning).

Got the basic's of compound shapes down, so I moved on to this section of the course. Now usually I would explain why I did something but not this time. Nope, this time I'm just gonna move straight onto the next part of the course. Really, I super enjoyed using these tools and that's all I have to say.

So I just finished making my repeating patterns and I loved it. I spent a few hours just playing with different shapes and trying to see what happens when transformed. The simpler the shape, the better result, at least from what I saw. I tried it with the Yin & Yang symbol and simply didn't work visually. That's when I deiced to play with simple shapes and add accents as shown above. As for the original image I wanted to eliminate a fill because I was curious about how the shapes fit together once transformed.

This was certainly interesting, I did have more, one where I created a 3D tunnel however I accidentally deleted it (I had done to much work to revert back willingly at that point). I believe patterns is next which I've been really looking forward to.

I'm super looking forward to using this tool in the future, it feels like a super good way to make a background pop more than a plain colour or gradient. I created a purple lollipop but after seeing it in pattern format I change the colours to Red and Light Blue. It too perfect, kinda of like a eureka moment. When the pattern was applied it looked like cherries, which fitted into the sweet theme I had aimed for with the lollipop. As for why I choose Blue over Brown for the stem/stick was because of the inspiration of electric cherry (shout out to those who get that reference!).

After realizing how much I didn't like taking photos of my self I mocked up an image of myself I had already on my phone. I did experiment with more colour but that seemed to subtract from the detail on the leather jacket. So instead, I focused on creating some contrast and visual balance with the Red circle in the background. Honestly I cannot see myself using this much in the future but its still super useful to know, just because I cannot see its future use doesn't mean it wont come up. 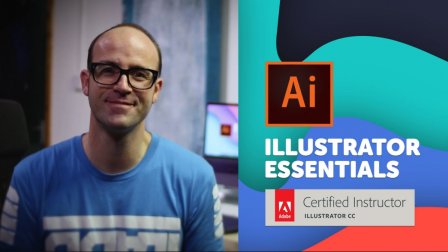