Awesome Class as always. I decided to test out some of the principles here by doing a simple geometric illustration. So I chose Cactuar, the surprisingly tough random encounter from the Final Fantasy series. My favorite part in building this is doing it all at 90 degree angles and then tilting the whole shape by 30 degrees at the end. So satisfying. I used the Pill shape symbol Draplin provided for the basis of the build. I would have saved some headache if I had expanded the shape in the beginning, as I kept fixing the circular portions as I stretched out the shape.

Now when building this, I did use masks and transparencies for shadows and highlights, as well as tif textures I converted to vectors. To clean up at the end. I rasterized all the masks and re-vectored the textures, and removed the transparencies. (I had trouble trying to flatten or rasterize the transparent colors...so I ended up screen grabbing the illustration and color picking off of that instead.)

To create my workspace, I imitated Draplin's, and started tweaking it as I went along with I was using/not using. I'm sure I will continue to experiment with this. The image below does have the right side panels extended so you can read the full colors and layers. It was more compact while working.

I also cleaned up the colors, made everything global, named it, and kept the values even.

As I was building the shapes, I would copy before doing something destructive to the image. Once I finished the shape, I stopped making copies to prevent bogging down the file with multiple versions of textures.

I started organizing my files and trying out Draplin's naming convention. I certainly have been terrible with this... especially doing projects at the brewery I work at (got a good chuckle at the flight comment in the beginning). I have different versions of our logo on my computer and my boss's. I keep re-doing the same tweaks that take 20 minutes. Losing linked files moving from one computer to the next. Not finding something I worked on 6 months ago because I have no idea where I saved it etc. So I have a drop box now, I began organizing everything I have so far, using better naming conventions, actually putting copies of textures and other linked files in the project file... I know this will all come in handy down the line.

Thank you so much for this class. It's already been one of the most beneficial ones I've done on Skillshare so far! I know I will reference it constantly, and will probably rewatch it again in a few months for some of the pro-tips that will most likely leave my brain the weeks to come. Always grateful. 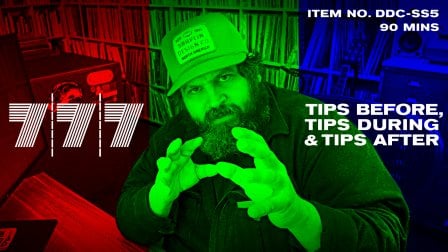 Design Like Draplin: 21 Tips for Speeding Up Your Design Workflow
Aaron Draplin