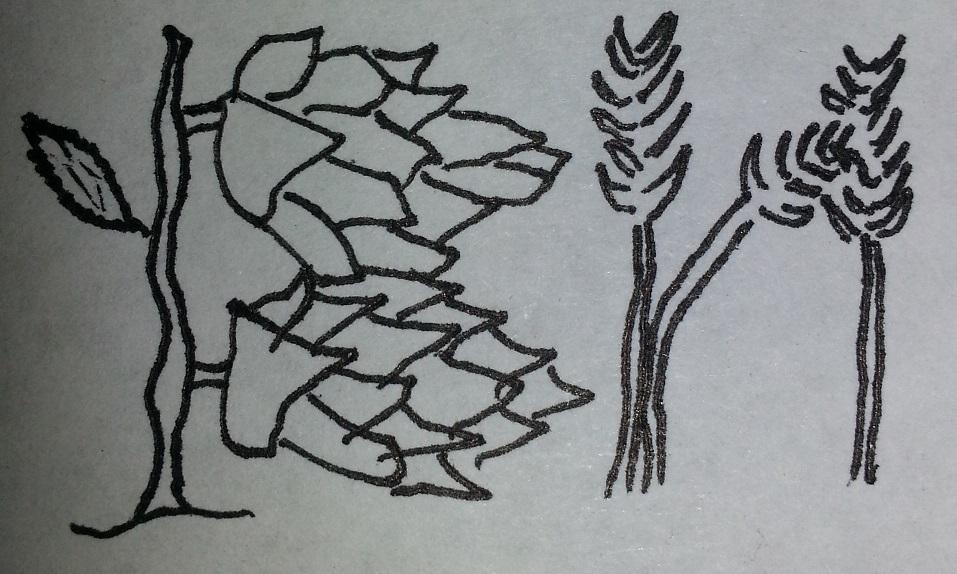 The main screen when the app runs will be a list of recipes on the device in addition to an add button. It's a fairly simple screen. The recipes will be loaded from a plist file. 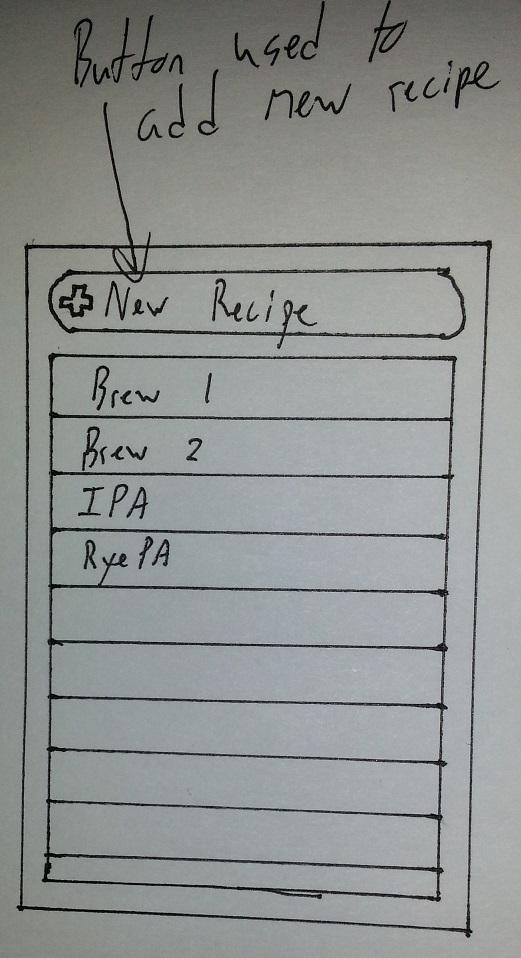 These two pages show the different parts of the edit screen.  This is what you see when you tap on a recipe on the main screen or hit the add button. 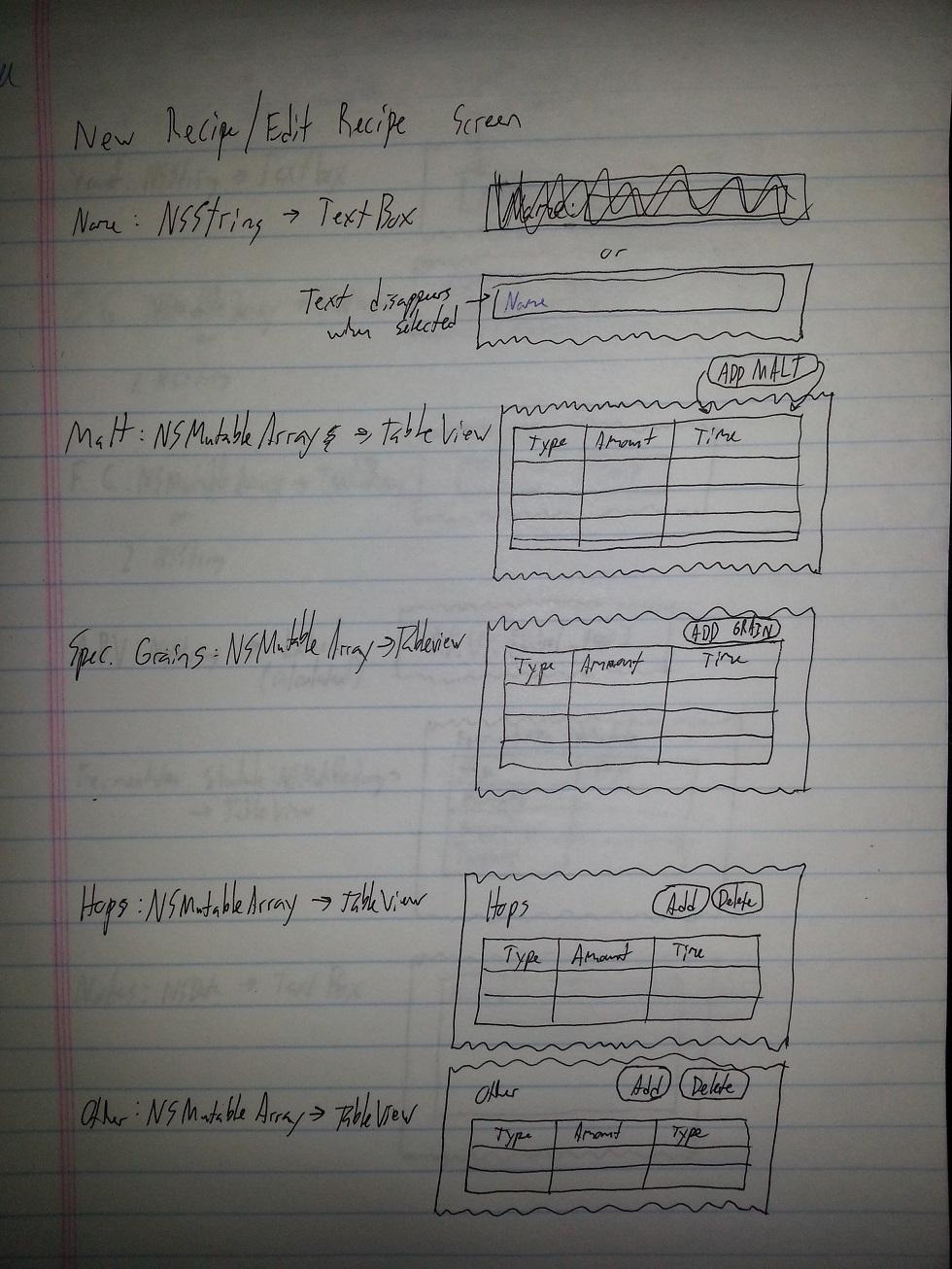 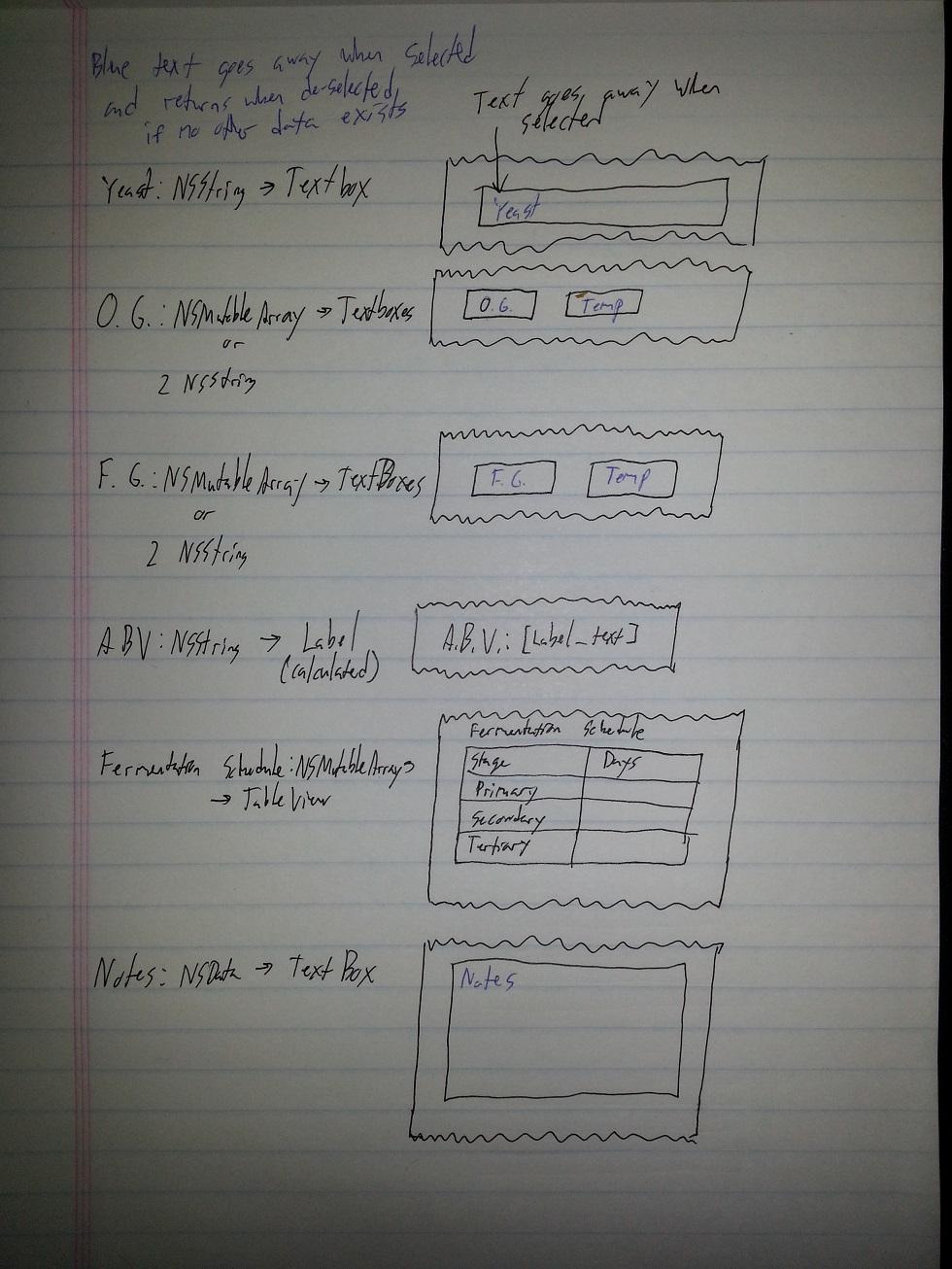 I still don't have the exact flow between screens worked out, and I think I'm going to add another screen that is a static view of the recipe (with a button to open the edit screen seen below). 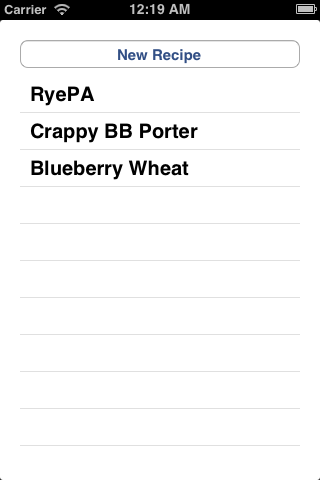 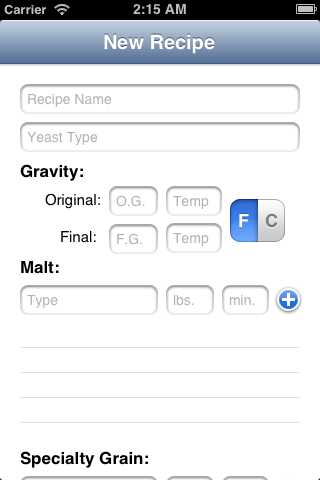 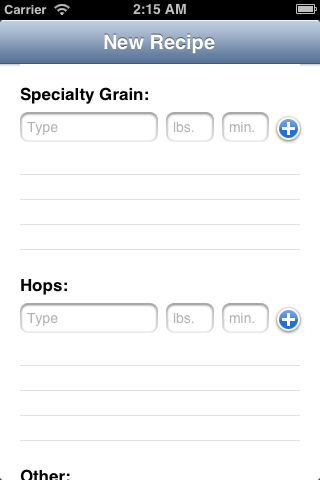 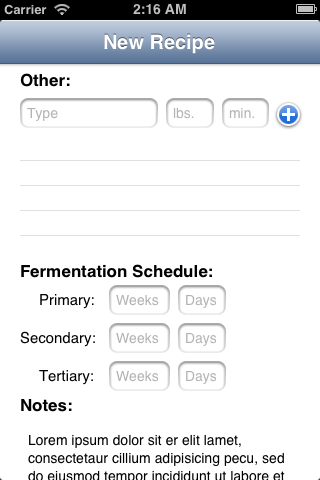 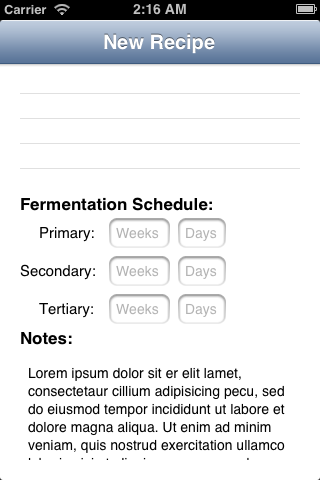 I ran into all sorts of issues while working on the layout and getting it to transition between the main screen and the edit screen.  Currently the only functionality that is implemented is when you click the "New Recipe" button it opens the "Edit Recipe" page.  There is no method to save currently and the recipes seen on the main screen are simply placeholders.

I spent quite a lot of time researching UITableView having multiple columns, but it seems like that isn't really done.  Additionally, I would like to research long press on table rows. I want to use that to delete rows on the edit page. Otherwise I'll have to add a button which would muddle up the interface.