Overview I've decided to redesign the bottle label for Rogue's Chipotle Ale. It's a brand and product I like, plus I have not worked on a craft beer label yet, so this will be fun! Their existing identity is very consistent and strong, so I would like to take it a different direction and see what happens.

1a. Research: Rogue Ales was started in 1988 in Ashland, Oregon. Their breweries are now in Oregon, California, and Washington. Sales are worldwide via their website. Products and services include artisan beers, spirits, brewery restaurants, and a couple of B&Bs. Rogue's branding approach is "luxurious rebellion," meaning that they focus both on quality ingredients/craft and a cheeky but friendly approach to its operations and customer relations.

Competitors include the many Oregon craft breweries (Deschutes, Full Sail, McMenamins, and Ninkasi among them) and nationally-established bigger breweries like the Boston Brewing Company and Sierra Nevada Brewing.

What Works Rogue’s current identity is very consistent and communicates the revolutionary feeling very strongly. Details like silk screening and prominence of ingredients reflect the quality and craft of the product inside each bottle.

Possible Improvements I would like to see Rogue’s craftsmanship and innovation shine through more on a redesigned label. The design should have a more friendly feel and encompass a sense of movement, perhaps through layout, color, and organic forms.

2a. Sketches, Round 1 (added below inspiration) I tried several styles of lettering to communicate a sense of craft combined with the keywords (bold, rebellious, and kinetic). I think sketches #1 and #2 are my favorites, but I would love some comments from everyone. I am also considering production methods like cut letters, stencil, hand painting, or stamping to convey both the time and effort Rogue puts into their products and their unique point of view in the craft brewing world.

2b. Sketches, Round 2 In reviewing round 1, I liked the large bold type of sketch #2, but felt it was a little fussy and was missing something. I simplified the lettering, added some visual elements, and created more movement. I like 2a the best and am also thinking about using the lettering line in the overall label shape. Color palette and production methods are being worked out; stamping is still a favorite. 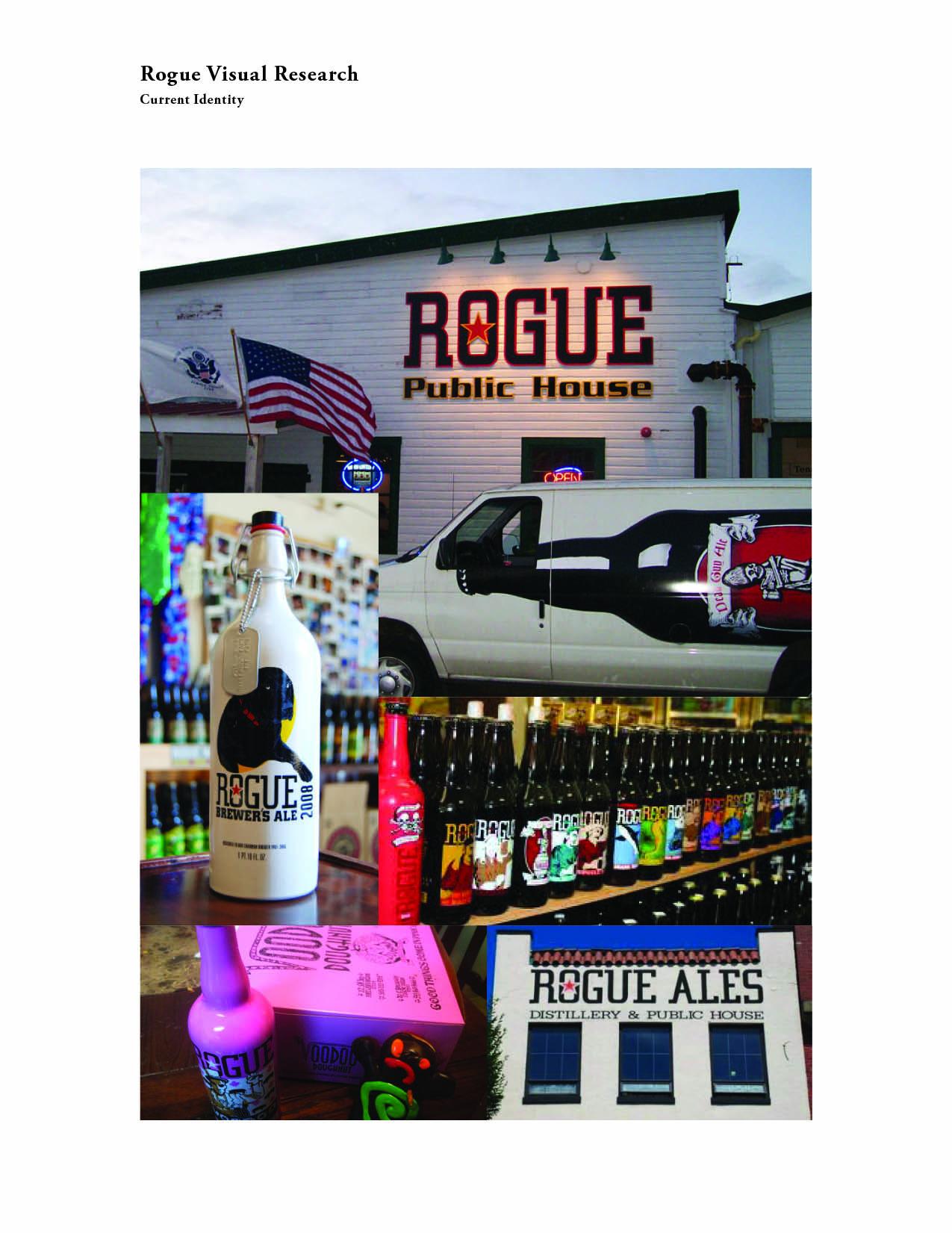 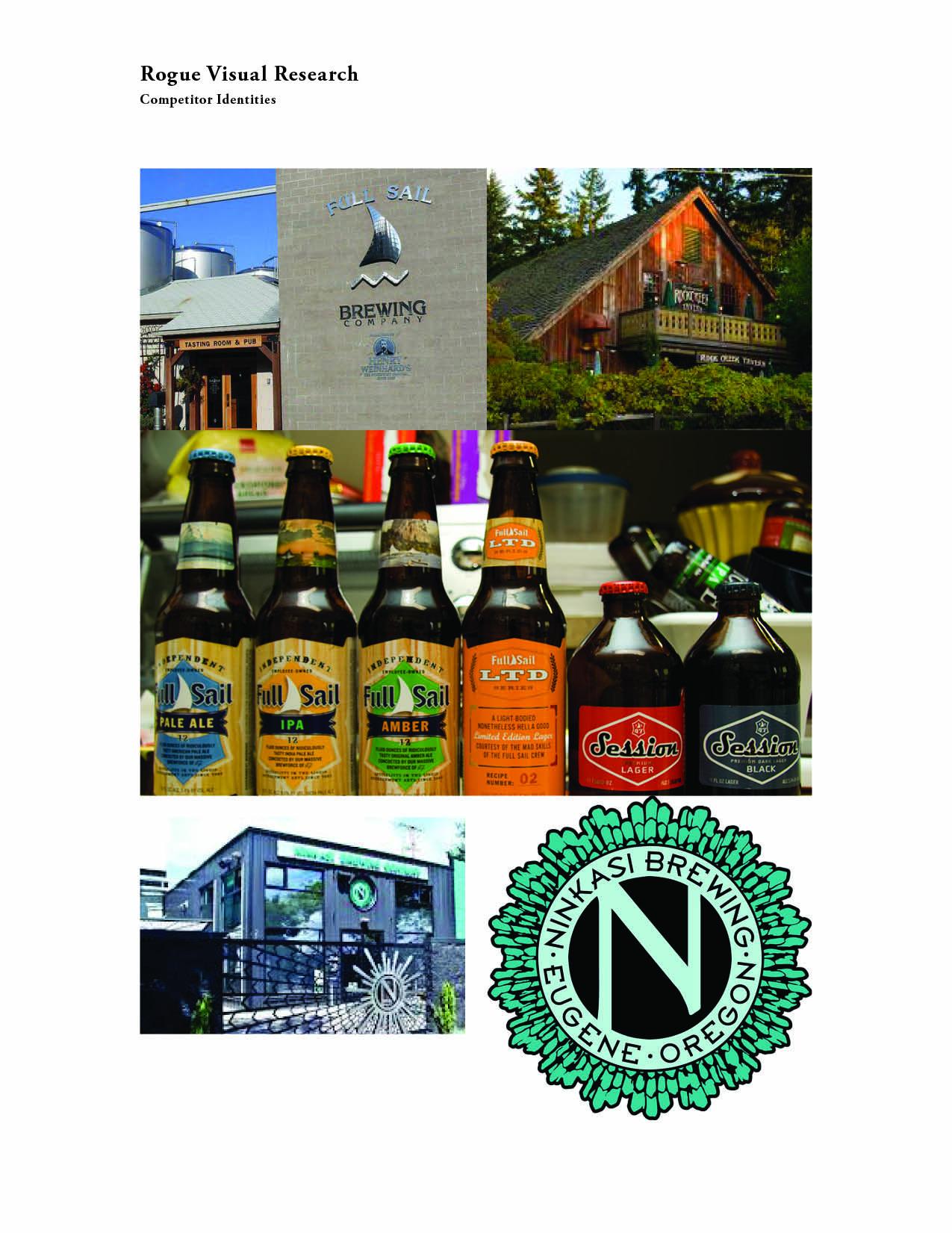 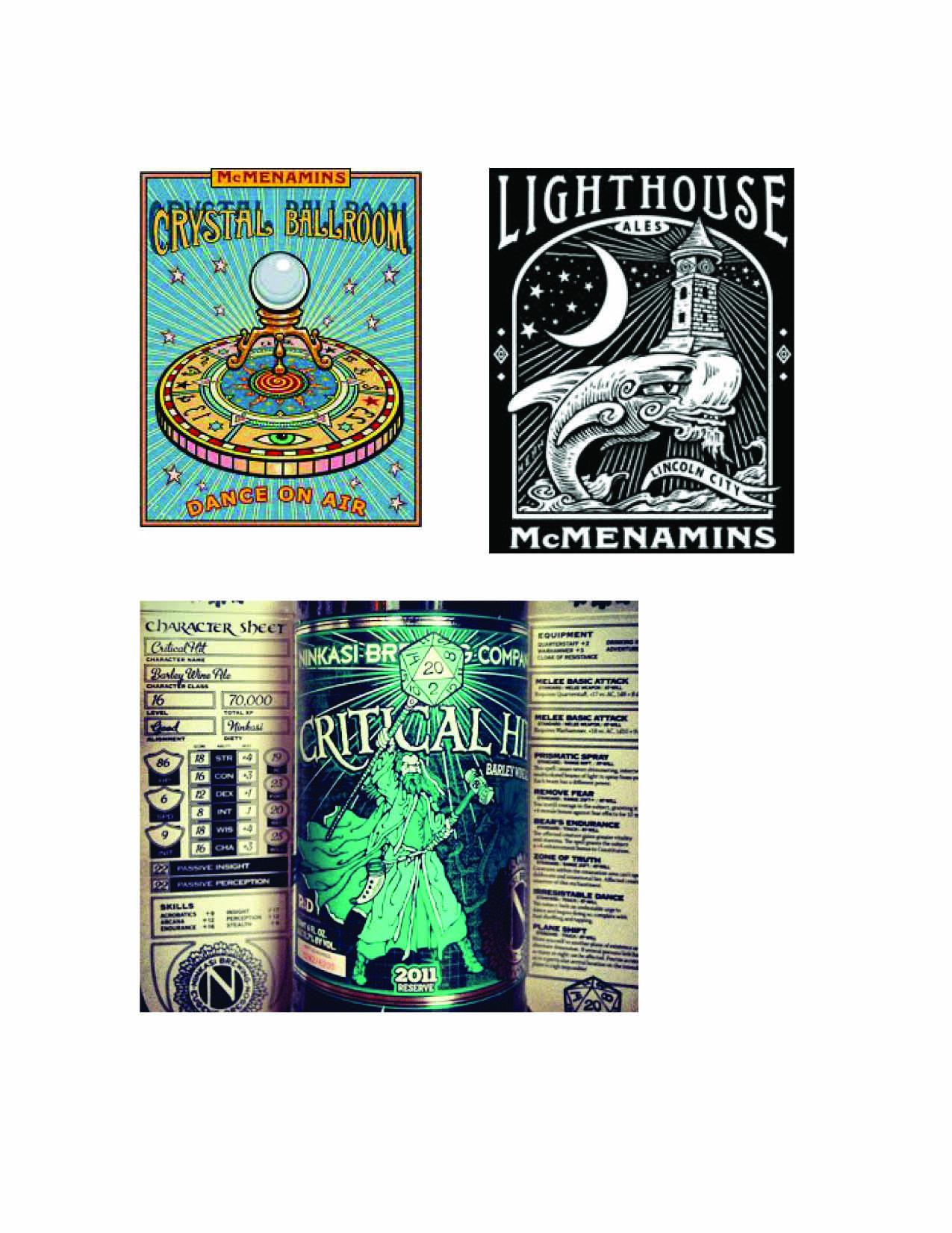 Mood Boards: The first is more abstract, while the second focuses more on design and technique inspirations. 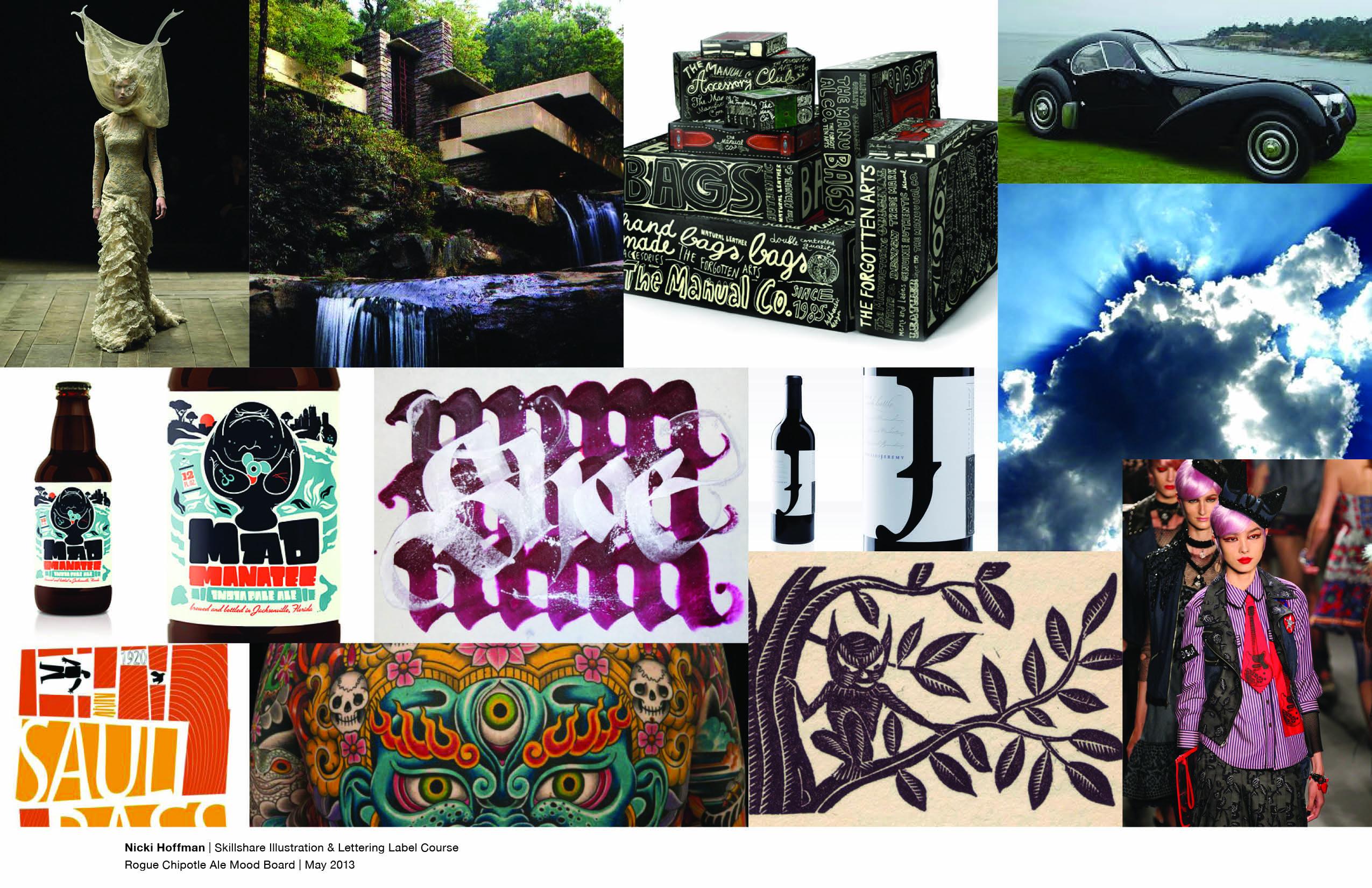 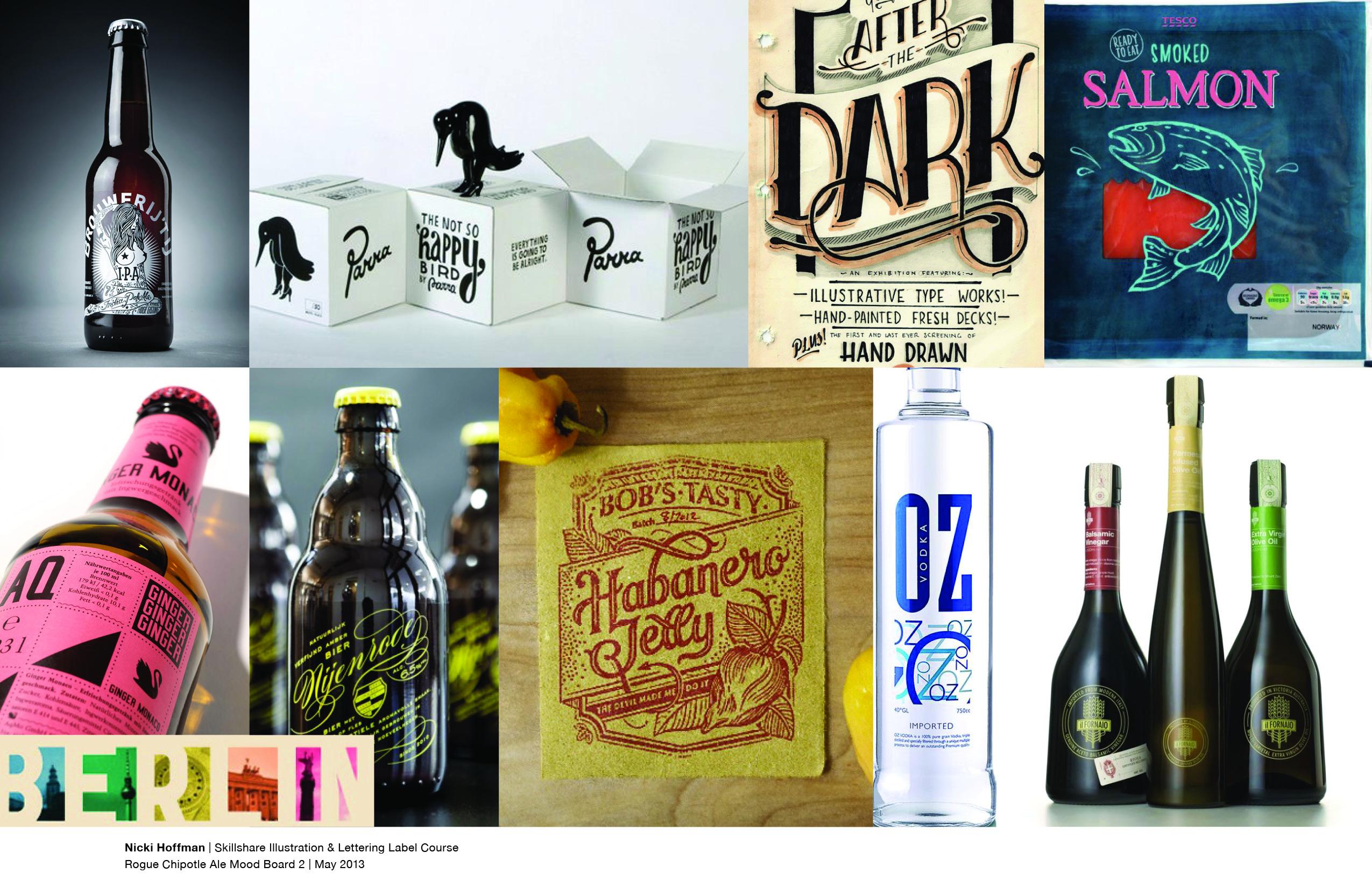 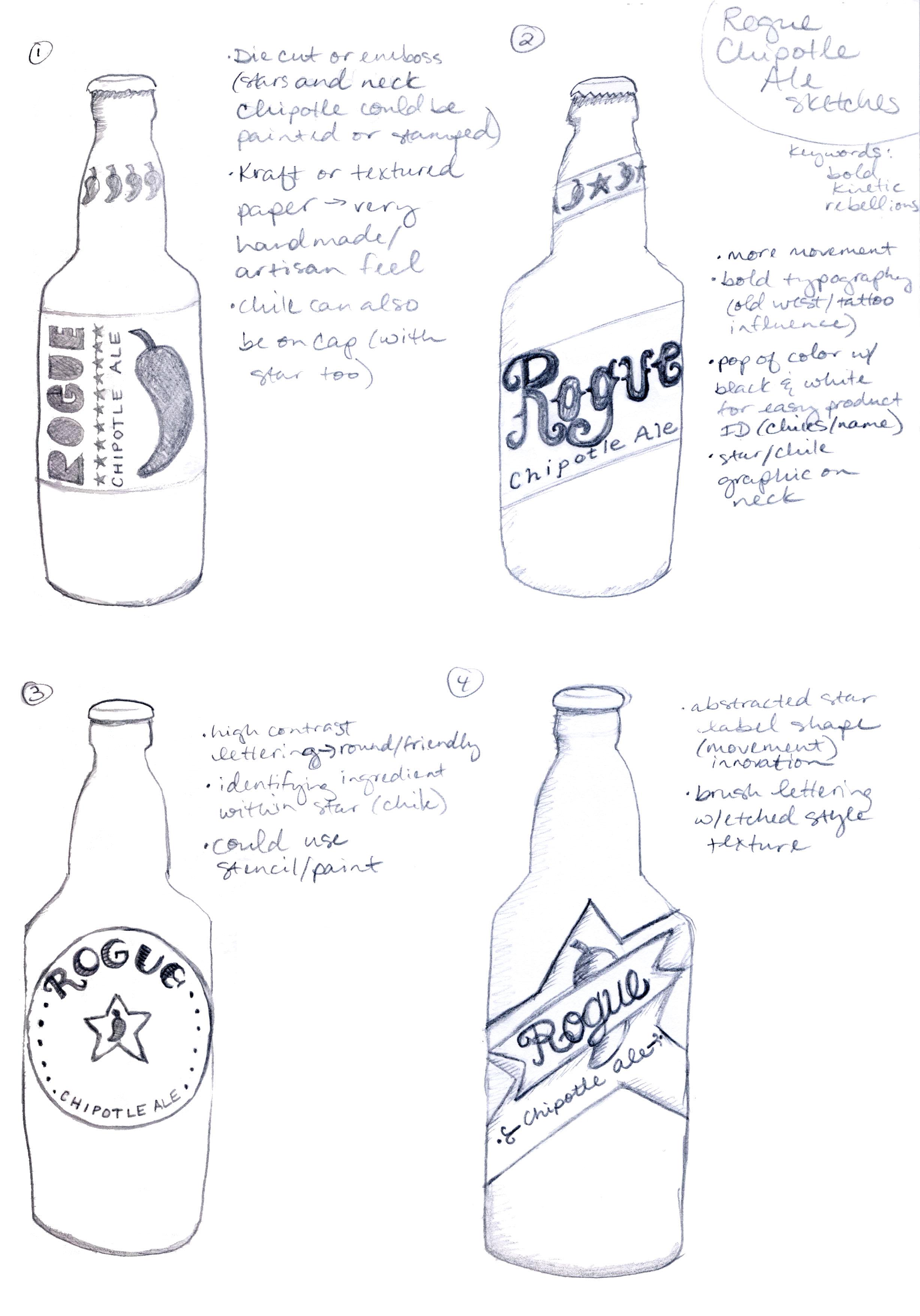 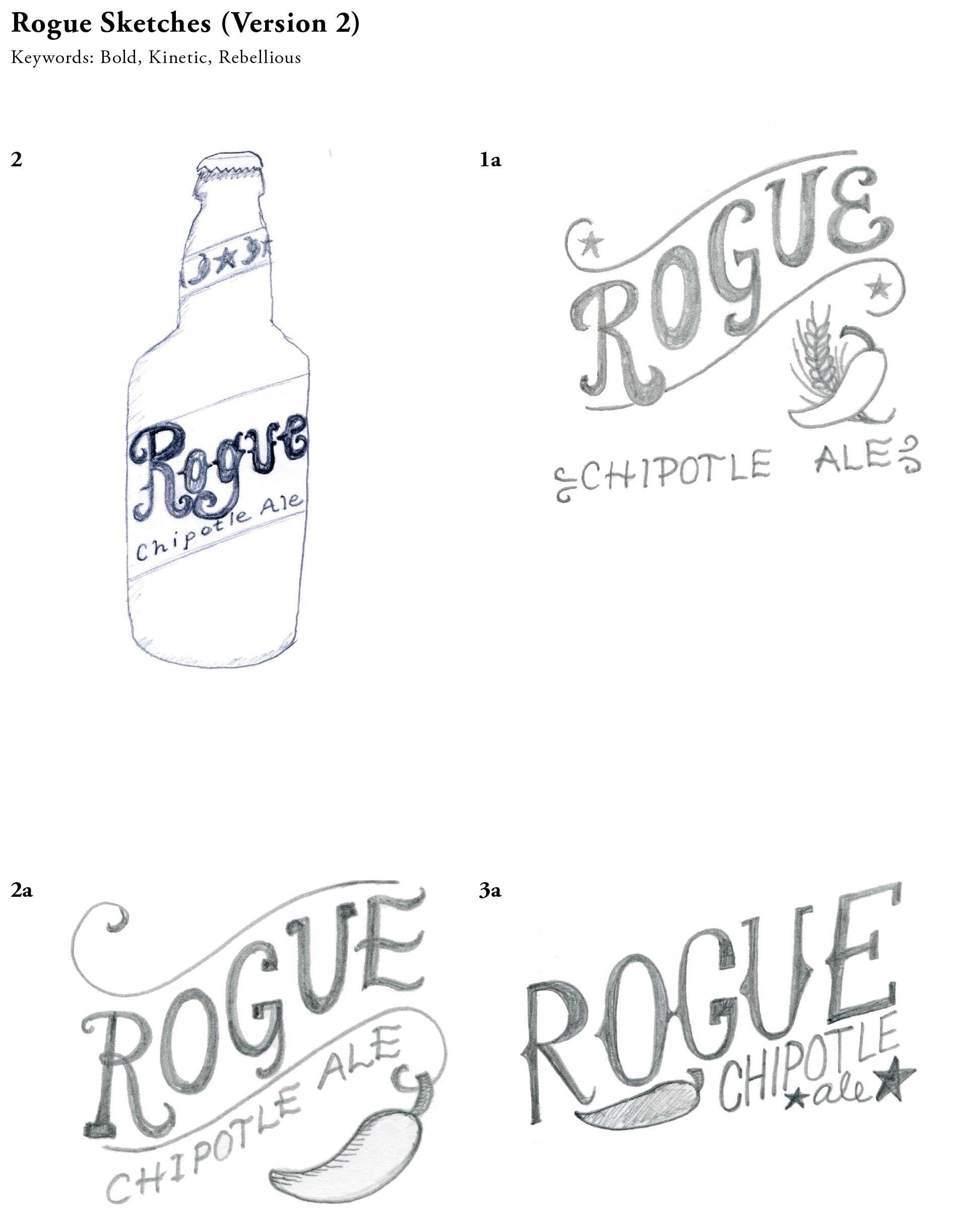