Book Cover for - The Story of Three Little Pigs

This cover depicts the three pigs hiding behind the respective materials that they use for building their houses. The three materials are symbolic of the three different houses they built.

It is the simplest way of portraying the emotion of the main characters throughout the story.

The book's name is handwritten in bold handwriting.

The illustration would look great when rendered watercolors.

This cover depicts the three pigs spending time outdoors. While one of the pig is reading a book about hard work, the other two are busy playing or lazying around. As we know at the end of the story, it's the one pig who works hard and smart for building his brick house saves the three of them from the wolf, the cover is an indirect depiction of the same emotion or moral of the story. It also has the antagonist of the story trying to disrupt the peaceful outing of the three pigs. The scene in the cover creates curiosity.

The book's name is a mix of cursive and bold handwriting, to keep it cute with a modern edge.

The illustration would look great when rendered in textured rendering.

I chose the cover which depicts the three pigs spending time outdoors cause it looked more fun and I genuinely enjoyed making it. It also has lot of details for me to play around. 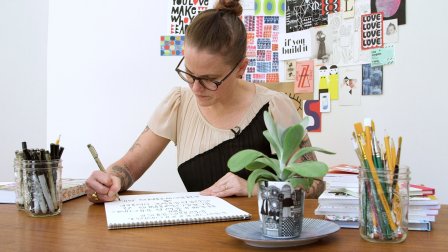