Black Jake & the Carnies in Chicago

I'll be making a poster for a local Michigan band who is playing a show in Chicago in April. They are called "Black Jake and the Carnies" and their songs are some combination of bluegrass, a circus, and a horror movie, so I'm sort of using that as my inspiration.  I want the poster to be fun, but maybe a little bit dark as well.  And since they don't play much in Chicago, I think it would be cool to make it special for this show by having some kind of Chicago reference in the artwork...

I've come up with three concepts and did a quick basic sketch for each idea.  I'll pick the best concept and go from there. 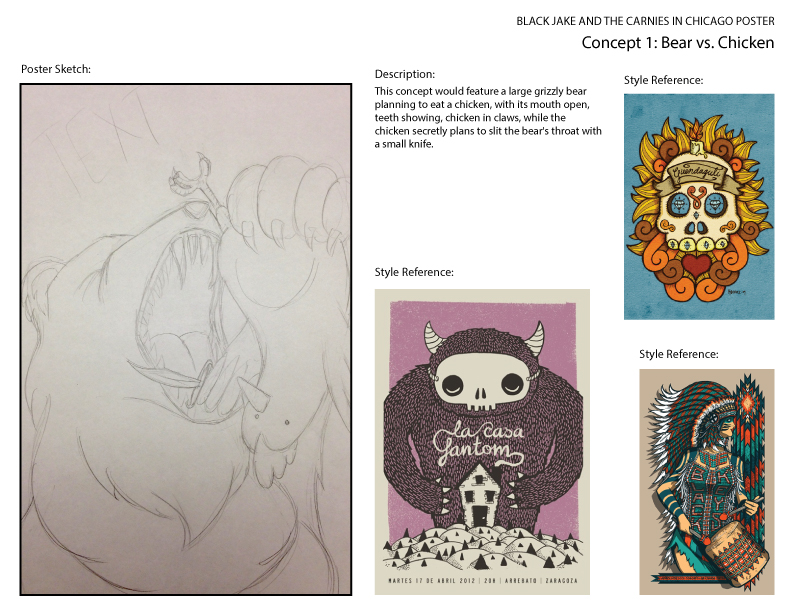 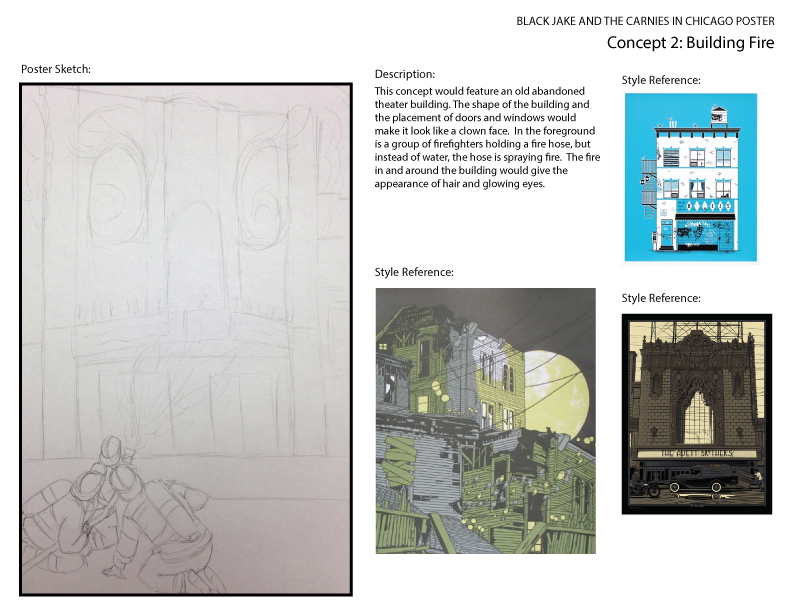 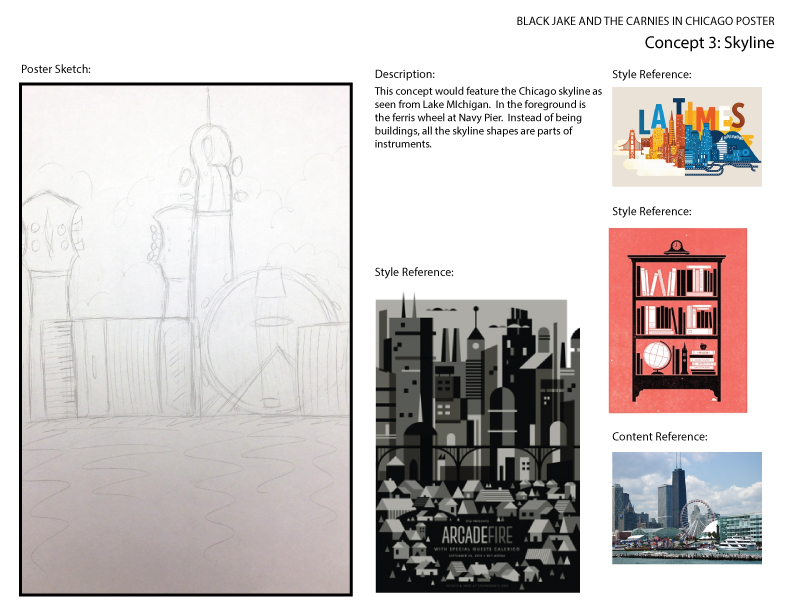 I decided to go with the second concept.  I wanted the design to be somewhat silly and creepy but still reflect Chicago a little bit, so I think the old theater building and the fire "face" will be perfect.  One of the band members also informed me that he has relatives in the Chicago Fire Department, so I think this will work out really well. Here's an updated, more detailed sketch of that one: 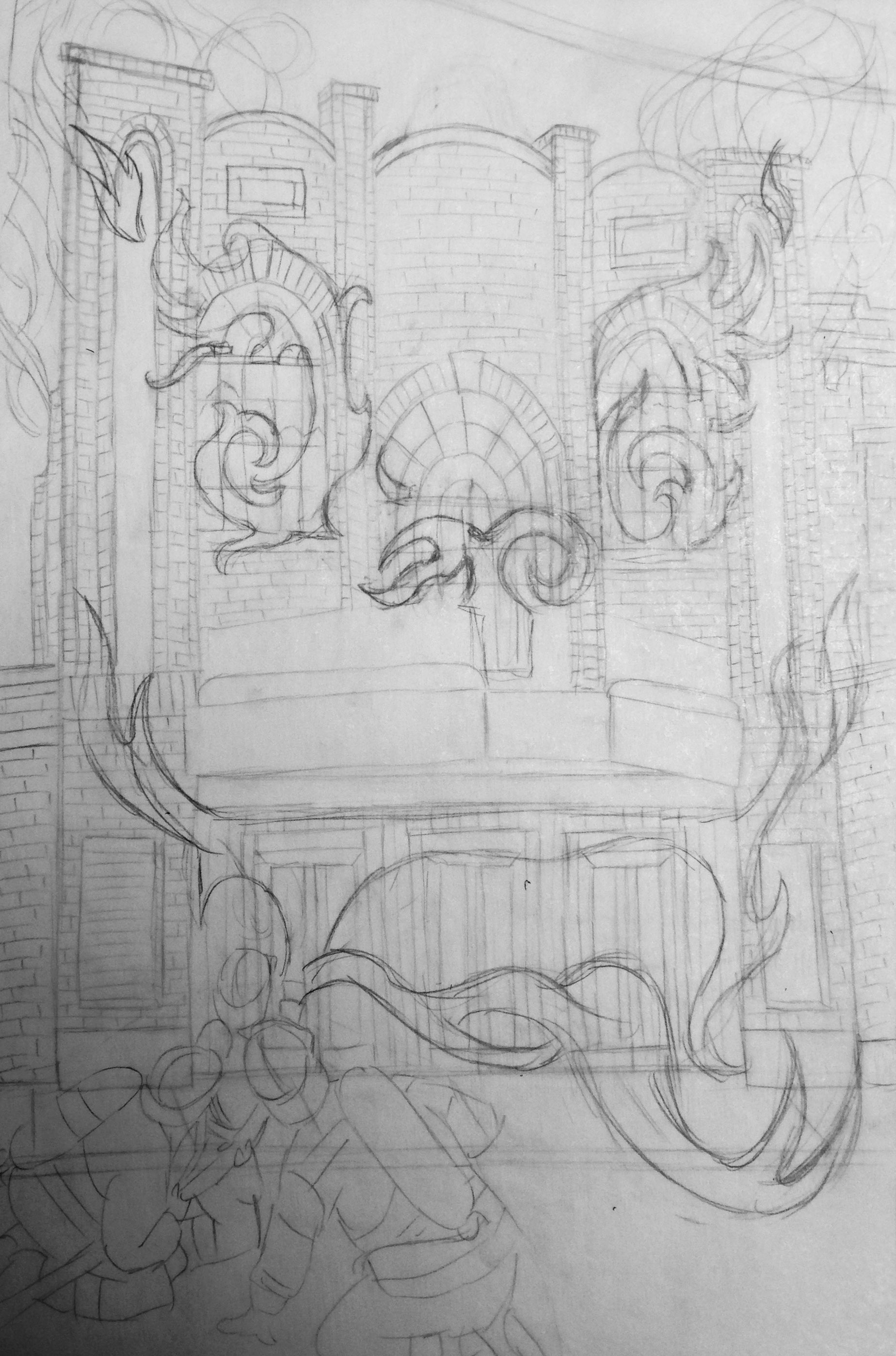 I'm currently planning to draw the whole building with ink and then scan it into Illustrator to color it.  I'll probably draw the flames in illustrator, but I haven't really figured out the best way to do that yet.  The band asked me to use 3-4 colors so they could have the option to screen print it if they decide to.