I'm a white dude who grew up in Long Beach CA in the late 90's/early 2000's. I came up on rap music and have always been immersed in 'hood culture'. My friends, my interests, my personality, it all was influenced by that environment.

Kendrick Lamar, only 2 years younger than me, growing up in neighboring city Compton, speaks a lot about what I saw growing up .

Black Hippy is the rap group I chose to base my poster on. This group is composed of West Coast rappers Ab-Soul, Jay Rock, Kendrick Lamar, and Schoolboy Q. All of these artists are up and coming and represent a fresh step forward in hip hop music.

The concept is to illustrate a neighborhood scene in Compton where the kids are idle and loitering. In the scene we find a lemonade stand but the word lemondae is crossed out and instead reads 'dope'. There is familiar iconography of the hood - pit bulls, cigarette butts, barred windows and gates, liquor and chrome rims. The neighborhood is run down but it's a sunny Southern California day and the overall mood is business as usual. 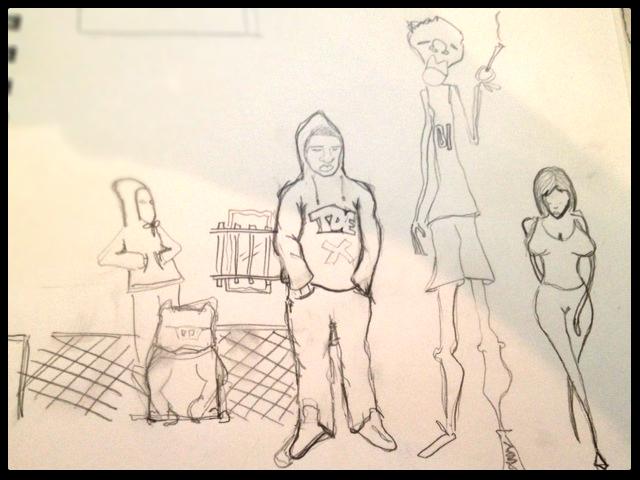 The inital idea had too much going on. I decided to simplify. I found the picture below of the group and decided to do an illustrated version of that. I liked this approach better because it allowed me to create a distinct character style. I would love feedback on how I can use this style even more to flesh out the scene. It's very similar to the styles of David Choe and Sam Flores 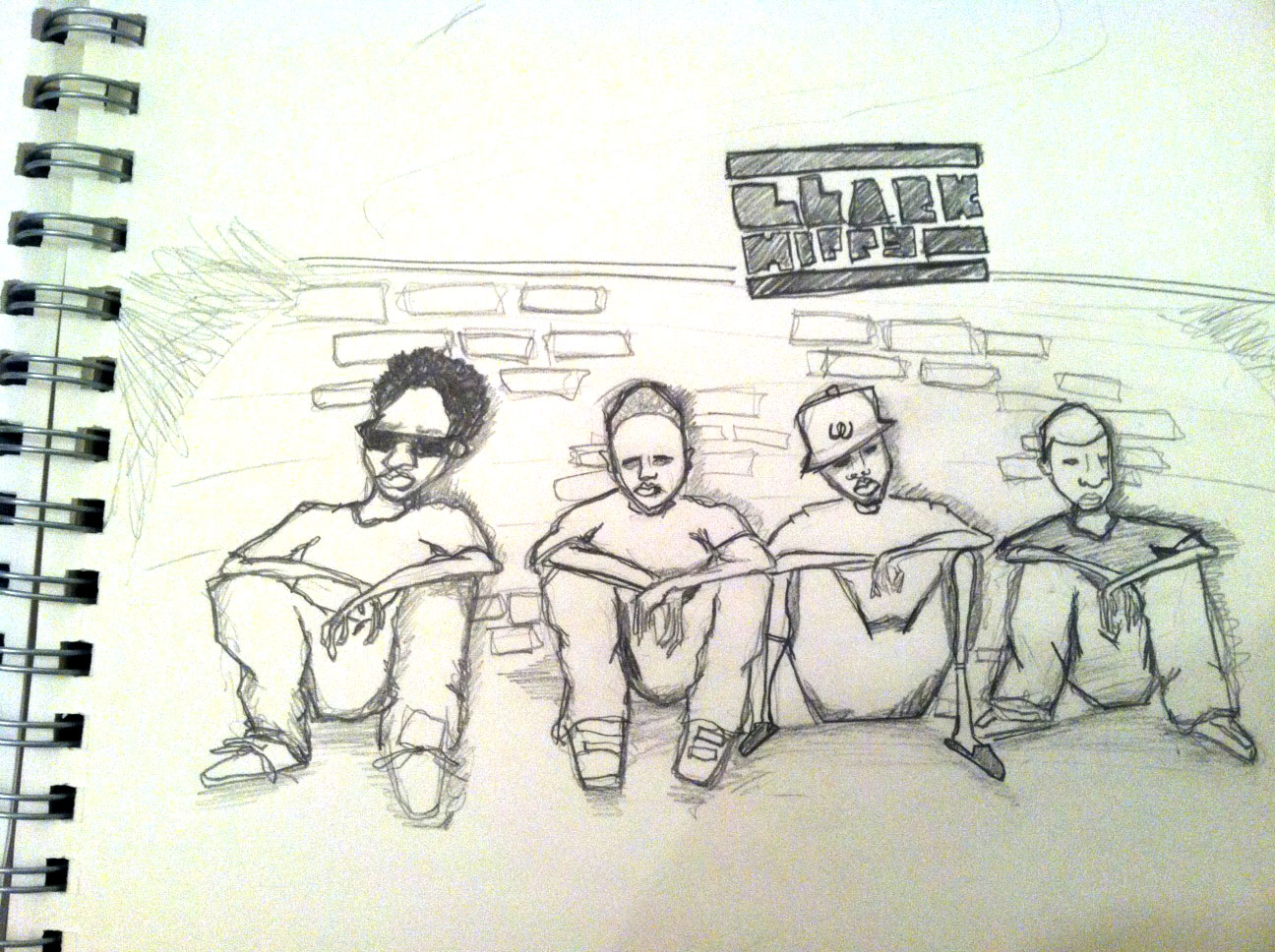 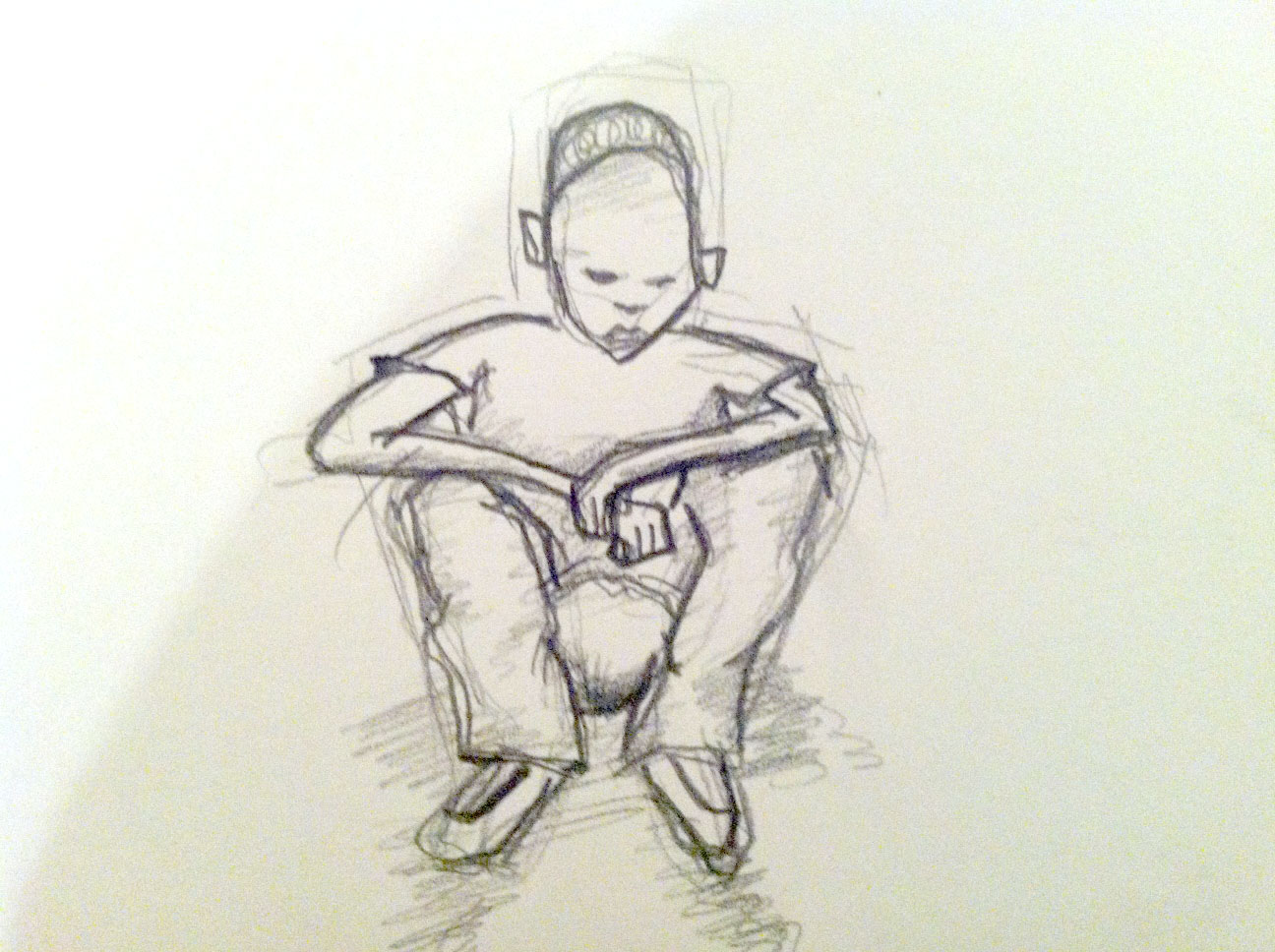 just playing around with an idea. not ocmmitted. 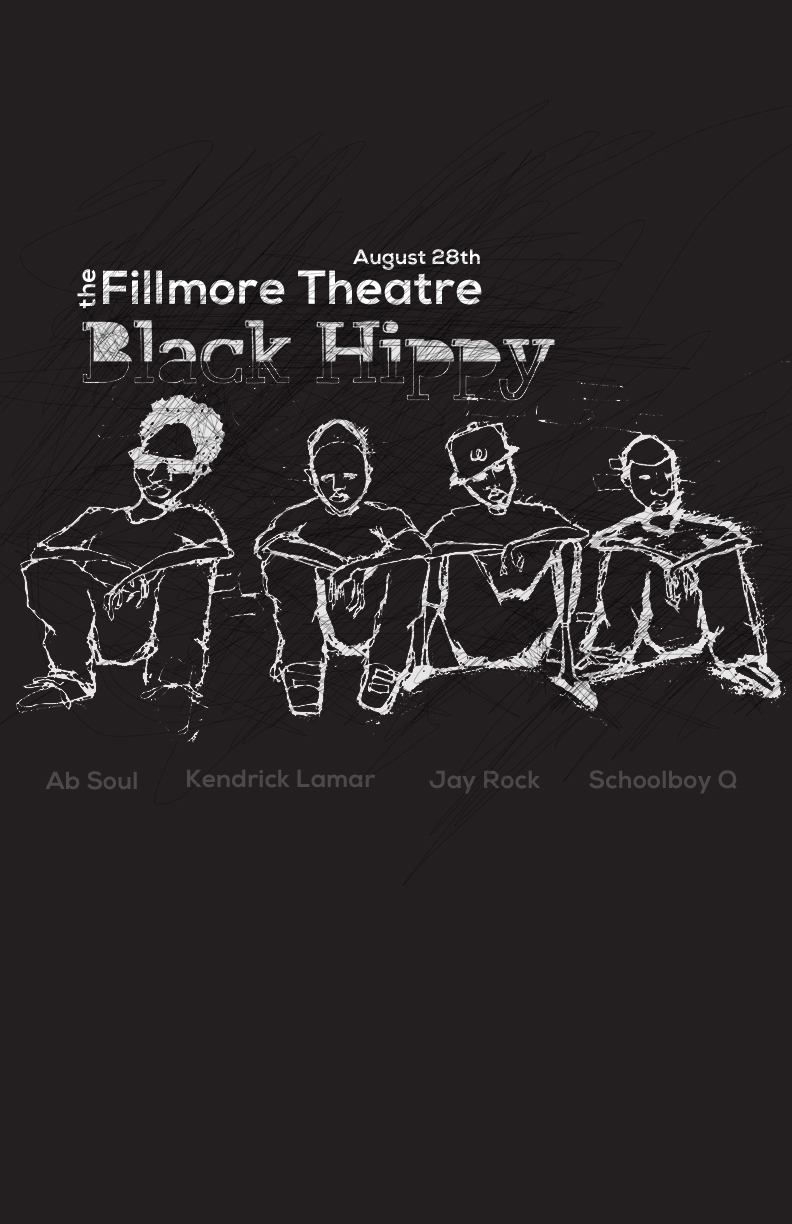 Some inspiration, I really like the idea of the second illustration. Like having the ideas coming out of their heads. maybe have the blob spell out black hippy 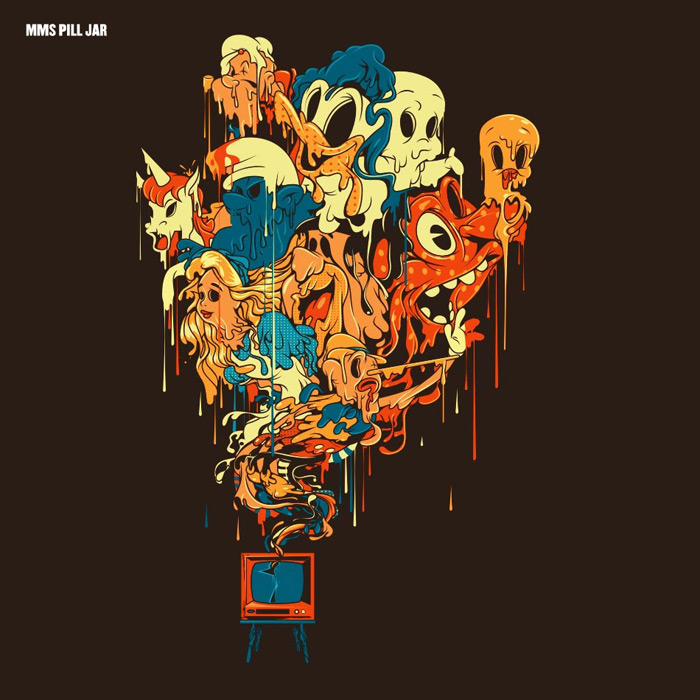 here's a more refined version I've been working on. This is the concept I settled on and will continue to flesh it out in phtooshop and illustrator 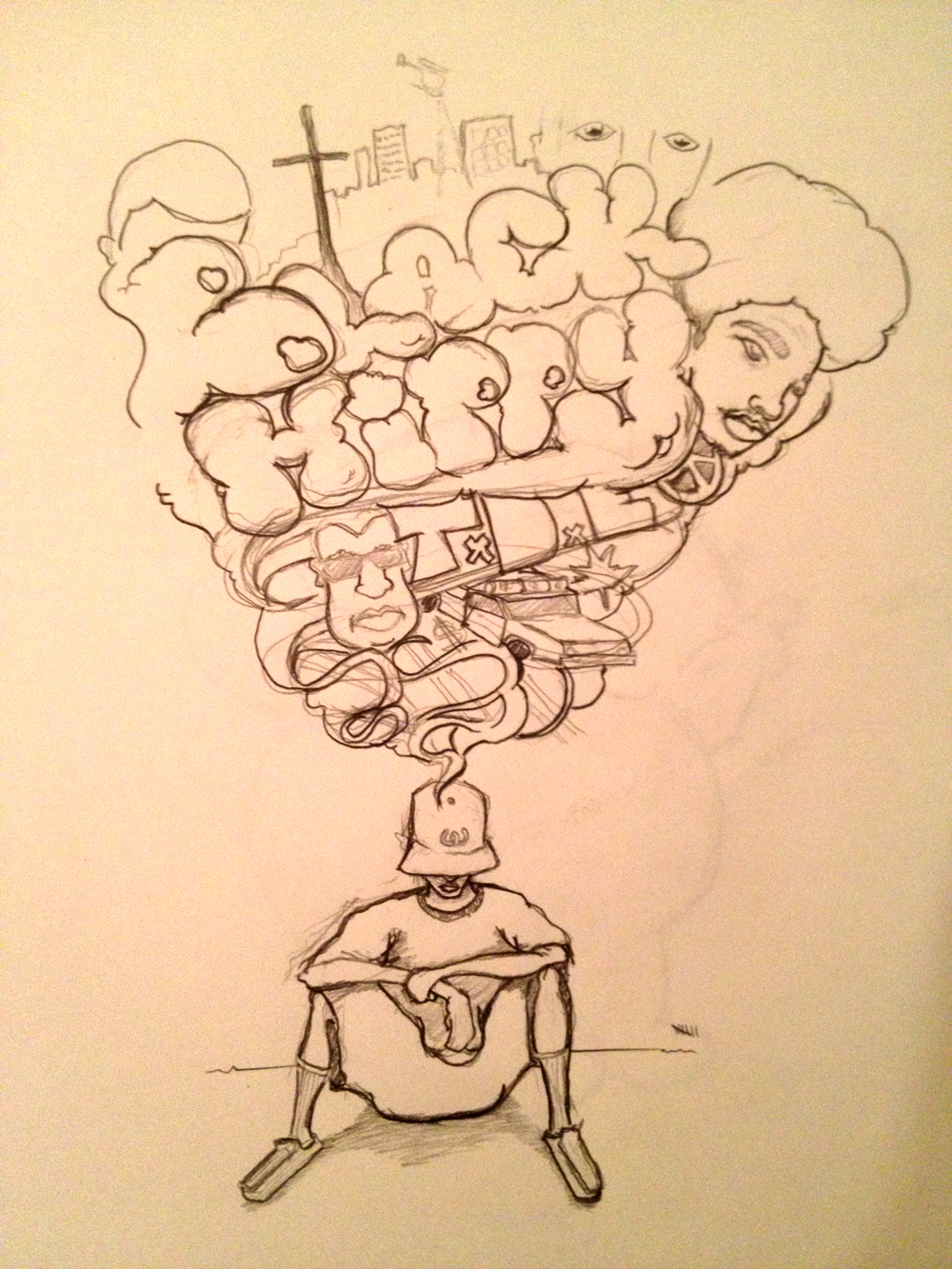 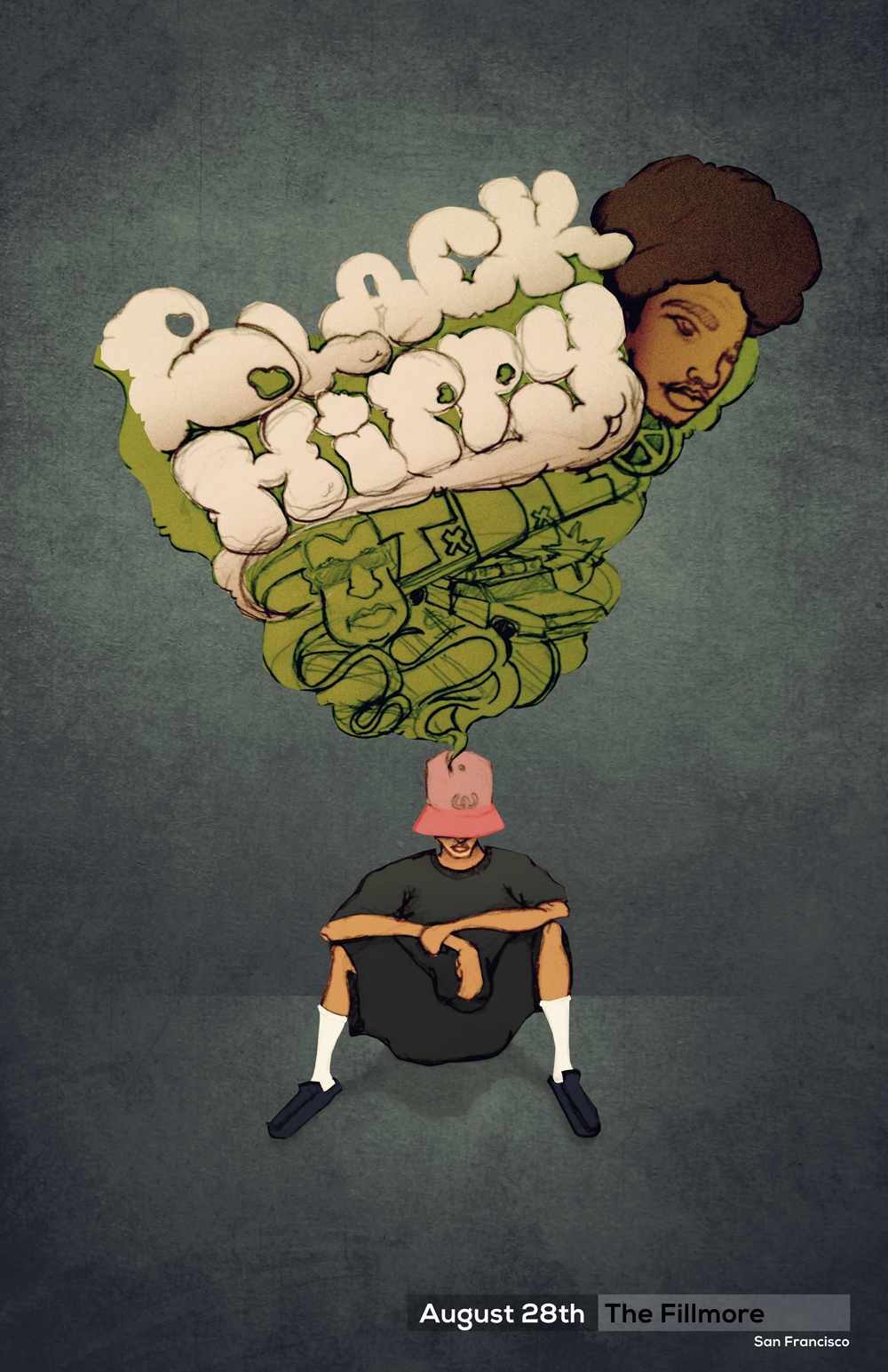 Brought this bad boy into illustrator. Lines, lots of lines. I am still playing around with the contents of this piece in illustrator and adding some elements. Then I will add color and details. Very happy with this so far :) 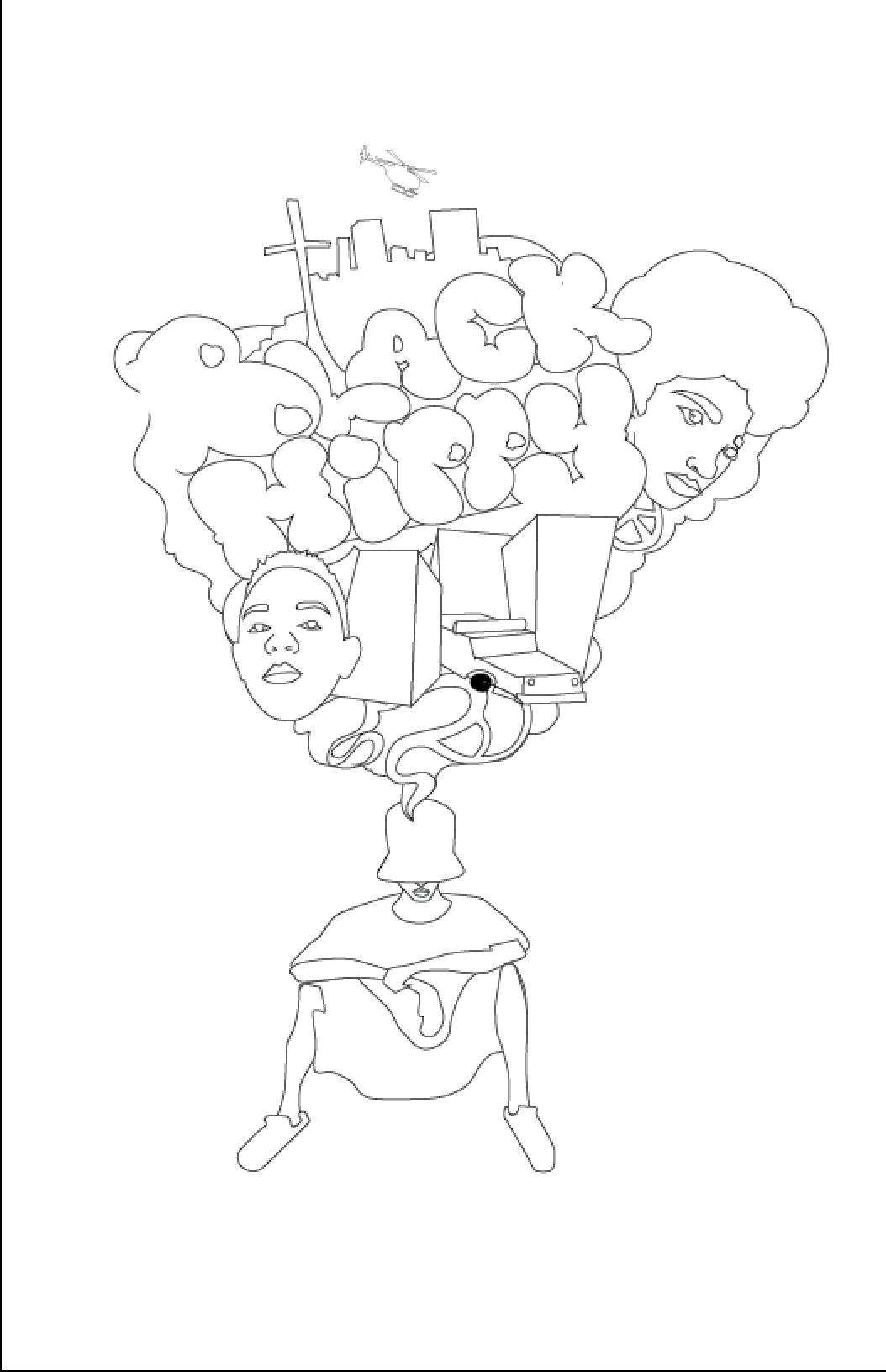