Biscuts and My 6 pound chicken

Nothing short of the best I've  ever made, and my first opportunity to try out my new convection microwave oven.

I followed Kelly's advice to the letter, except I hand fingered my dough to  flat pad dough and dropped into the freezers for 15 min while my oven peheated.  Then I gave the dough about 4 folds as Kelly did, but finished the dough to 3/4 of an inch.  (I wanted enough dough for at least 4 biscuits, and I didn't think 1 inch dough thickness be large enough.)

I set my microwave convection to 375 deg and baked for just cover 10 min.  Watching them bake  was  instructive.  When the raw dough started heating up, some white liquid started  oozin from the biscuit onto the surface of the cooking sheet  and was bubbling.

.  From what I understand about butter providing  water which  turns to steam to 'raise' the dough during baking was reinforced.  I hadn't been able to see the process in my old standard oven, but the door on my new oven is pretty clear.

After about 10 minutes the steam and  bubbling stopped. I let it bake  about a minute longer the results were perfect.  The three-quarter inch biscuit was now one and a half inches high and very moist and very great tasting.  They had started at 3/4 of an inch and ended at 1 1/2 inches thick.

I must add a plug for microwave/convection ovens.  I would have never been able to upgrade my standard oven without at least a $2,000 investmentmicro unit  cost less than $300 and runs off of a wall outledoesn't won't heat up the kitchen too boot.

Thanks Kelly for all you work and kick start.

The smallest I could find was 6 pounds.  In frying in a skilllet  with just a small bottle ,24 oz,  of peanut oil, the drum stick was pretty big to cook to the bone.  Next time I'll either purchase chicken pieces that are all a smaller size so as to cook through, fry in oil only until the outside outside batter is golden and finish in the oven at 350 degrees. 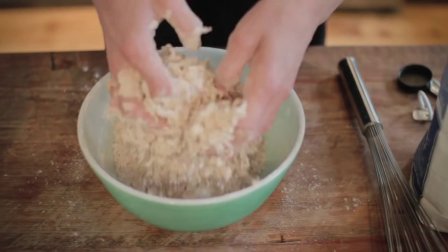