Big Top at the RUBA (updated with concept sketches)

The project/concept I have is for a recurring event I'm hoping to start up. The overall idea of the event is loosely based on the circus, so the name I'm going with is "Big Top", and the RUBA Club is the venue I currently have in mind.

The idea of the event is a monthly-ish party/good times, featuring a live band and a couple of performers of circus-type arts--think burlesque performers, acrobats, hoop dancers, fire breathers, poi spinners...whatever sort of "freak" acts you can think of, that's what we're aiming for. The live bands we feature will likely be along the lines of world music: gypsy bands, Balkan brass, klezmer dance, reggae, etc. We'll also feature a DJ for band breaks, who will play stuff loosely tied to that month's theme that keeps people dancing and having a good time.

My overall concept for the poster is to create something that can be tweaked for each iteration, both in terms of information (band names, dates, etc.), but also with slight thematic tweaks, to reflect the differences in each event. I'm not quite sure how to achieve this yet.

My primary idea runs with the circus element, and uses elements like a circus tent and the ubiquitous stripes to convey the "otherness" of the event. Elements like pennants, popcorn, lions/elephants/bears/performers, etc. may or may not feature in the design.

The first event will feature a gypsy-style band called Antique Matter, a made-up DJ (because I don't know one yet), and some tango performances by a made-up couple (because I said so). I'll pick a date and time, as well. Ideally, my poster concept would be something that is somehow scalable, too, so that I could have the option of 5.5" x 8.5" quarter-page flyers as well as a couple of 11"x17" posters printed. For this first poster, I'd like to incorporate an antiqued, dark, gypsy feel through stylistic choices. 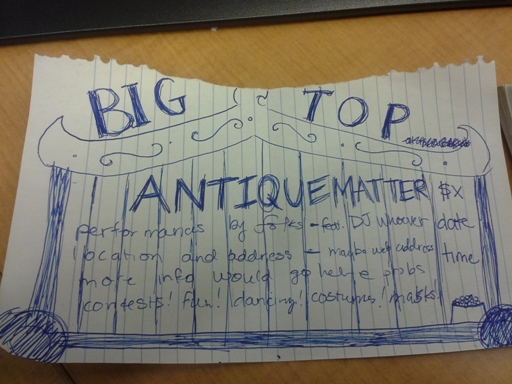 Third concept, and my second favorite. Circus cage like those the animals or sideshow acts are featured in. It would take some fiddling to figure out the right balance between the bars and the event information and how to display it, but the potential for little details here is big, and with a little work, it could be a good one to work with variations in events. 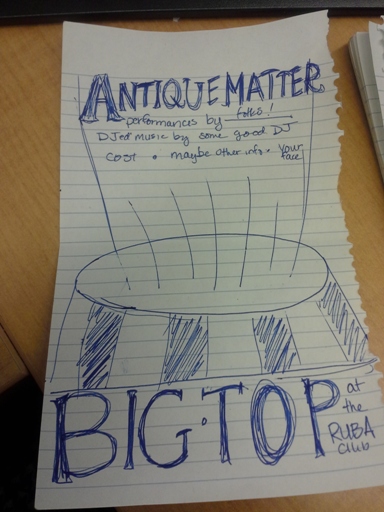 Second concept, my least favorite of the three (and possibly the least versatile). This is a platform like liontamers or other circus acts might use, and the lines coming up vertically from it would probably be some sort of "spotlight" effect to help direct attention to the event details. 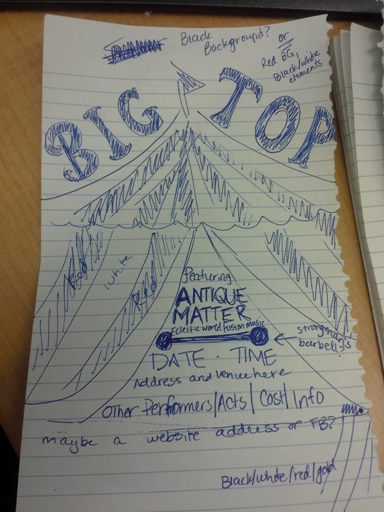 My first concept, the striped tent (the actual Big Top, I believe!). I like this idea the best and I think it's the most versatile. The band playing will be the largest focus on the poster, other than the event name. I used the strongman's barbell as a divider, which I think could be done well using vectors and could also be varied according to theme (a corn dog for a "Coney Island" theme, for example).

Below are some posters and stuff that I'm drawing inspiration from: 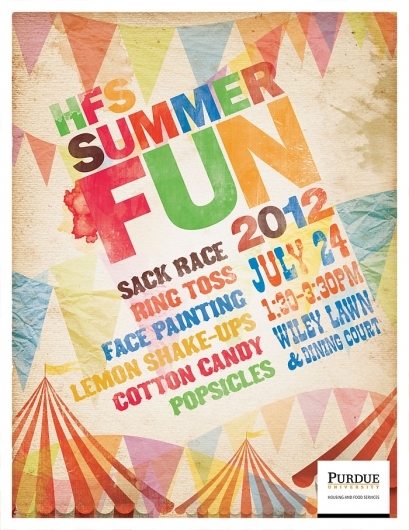 I like how colorful this poster is, and also that it uses typography/simple shapes more than an illustrative style (since I'm not much of an illustrator, myself). The fact that it can accomodate a lot of information without seeming too cluttered is also good, and the "vintage" treatment is nice. 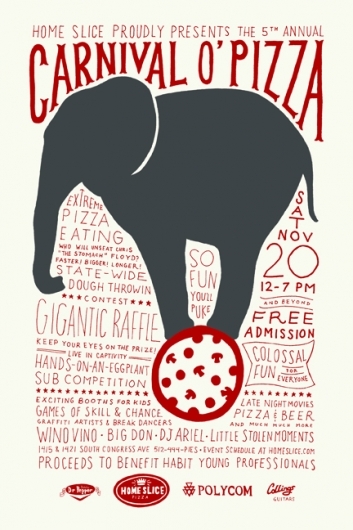 The circus elephant is a nice graphical element to counter the abundance of information on this poster. The focus on information is nice, and the simple/hand-drawn/handwritten look to it would be in line with my target event audience. 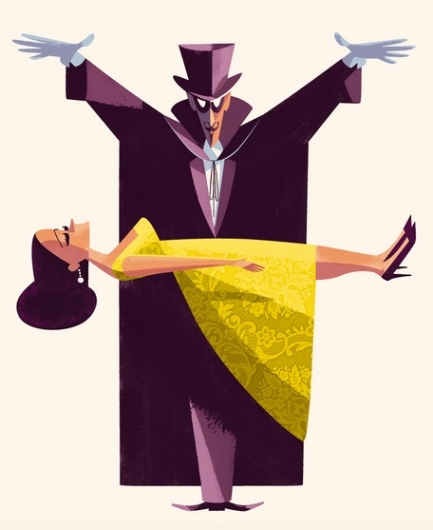 Neat vector art with bright colors. It would be nice to feature a graphical element along these lines, instead of the illustrative look. 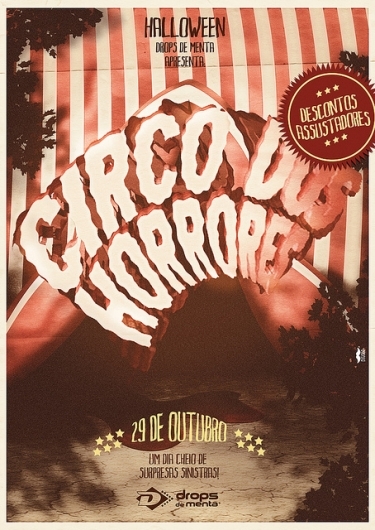 This poster seems to be a nice piece of stand-alone art (something I'd like my poster to have, if possible) and offers enough information without being overwhelming. I'm not likely to be able to achieve anything similar to this look, although I admire it. 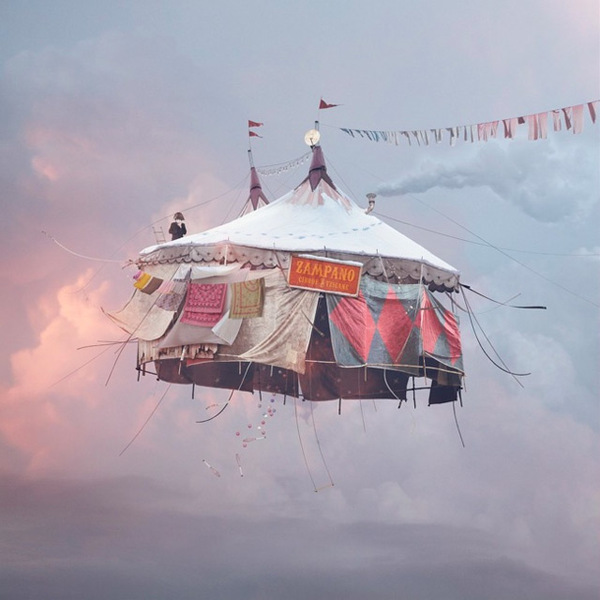 A neat/creepy rendition of a circus tent, for reference. The soft palette here is not what I'm envisioning, although it's nice.