For this infographic, I decided to map the paths of the 5 biggest hurricanes recorded in our data set from 1851-2008.  While there have been hundreds of hurricanes , the most powerful tend to stick out, and have the greatest effect on us.  I was curious to see the paths of these powerful hurricanes, to see not only where they struck in the US, but where they orginated, and the path they took to reach land.

After identifying the 5 strongest storms, I plotted the paths of each on the map.   The thickness of the path corresponds to the category of the storm at that time (thin = 1, thick = 5).  They also have a color scale for each hurricane representing an average of their max recorded speed and barometric pressure.  They all ended up being fairly close, which you can see in that the scale only differs by 10 points.

It was interesting tosee how the majority of the storms began off the norther coast of South America, taking a similar route through Cuba and the Caribbean to reach the gulf.  The Last Island storm is the real outlier there, as well as how far hurricane Charley drove north up the Eastern Seaboard. 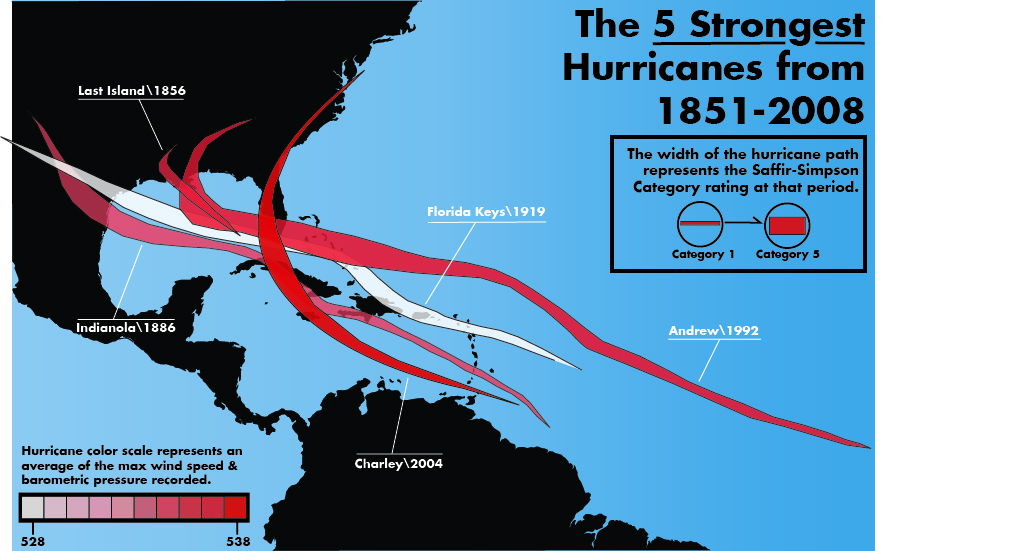