This was a fun project. It was great mixing numerous skills to build a cool poster over the two weeks I did this project.

1. Initial Drawings in GoodNotes with a quick render of a Stargate like monument.

2. Pass 1 of the Desert and text in Affinity Designer (iOS). My original ideal did not work as well as expected I started sketch exploring for an alternative Monument

3. After landing on the idea of a double triangle I rendered one out in Fusion 360 to get the angle and perspective I wanted

4. Final Vector done in Affinity Designer iOS. Required a few more workarounds to follow the instructor but was more than doable. Photoshop mobile on the other hand would have been imposible. Moved the vector to an editable PSD to bring it over to my Desktop.

5. Final Photoshop. Really liked how it turned out. 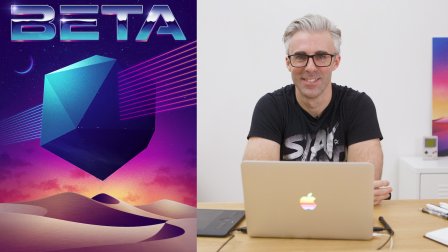