My first introduction to yarn bombing was in June 2011, when a friend informed me that International Yarn Bombing Day was fast approaching and she was in the process of knitting hats/scarves/leg warmers/etc for a group of nearby statues. Loving the concept, I was determined to both a) learn how to knit and b) make something spectacular for the event. That idea was soon scrapped in favor of needlepointing a bunch of medallions and zip-tying them around downtown the morning before the weekly farmers market.

This was super fun!! But also unsatisfying. My placement was random and the medallions had no relation to where they were placed - I literally just zip-tied them to whatever I could find. For my next project, I wanted to do something targeted/measured/site specific with some sort of message.

I love fonts, and the idea of labeling. I used to live in Berkeley, and was inspired by this one graffiti artist that (long before I'd moved there) spray painted words along the sidewalks.

I'd always see them and wonder why. Sometimes they seemed vaguely related to the area, sometimes complerely random, but they capitvated me and I ended up walking all over the city in search of them. I'd like to label something in text with yarn.

I ended up yarnbombing a bench slat in the plaza in front of my city's library. It has ridiculously long benches (like 12') which gave plenty of space to write out a message. I chose a book and knitted the first line - ended up picking Murakami's "A Wild Sheep Chase". The letters only ended up being 7' or so long, so I knitted some sheep for the endcaps and filled in the gaps with some plain green. I was worried about sizing/centering, so I ended up knitting 5 seperate pieces and stitching them together. It turned out really well! 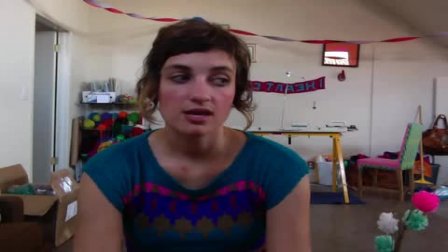