So I've worked with this a little more and really like the changes.

I haven't had a whole lot of luck with my attempts to add texture, mostly because I think I like a clean look and I'm not sure what I'm going for. But I'll keep trying. Just wanted to put this up before the 'submission deadline' to show progress. I'm having so much fun! Thanks Evan! 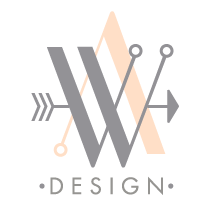 Here are more revisions to the 2 frontrunners for each logo. Excited to participate in the peer feedback portion, let me know what you think!

On the AW Design logo, I changed the angle on the arrow and added a bit of detail/width to it to give it personality.

On the BelleCo logo, Evan suggested trying a more contractor-like color and tightening up the tracking on the letters.

I haven't watched the last round of tutorials, so this are not finalized with texture/detail yet. Nevertheless I welcome your critiques!

I incorporated some of the feedback I got on the AW logo, and I like how that changed things. 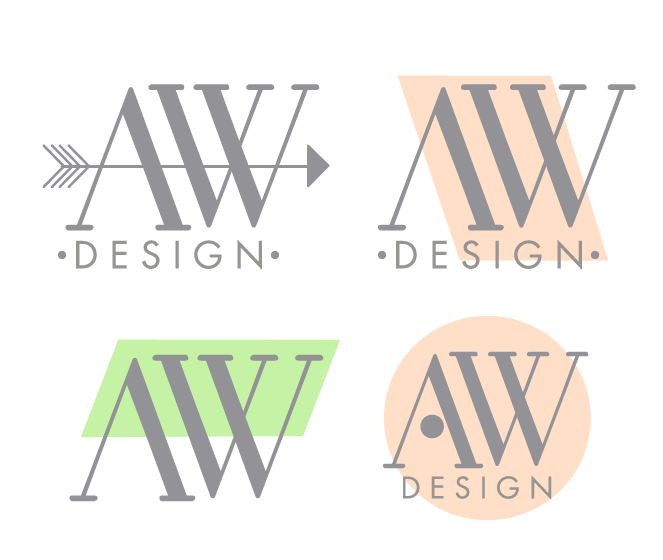 For the BelleCo logo I've been playing with house shapes and nail shapes, and letting the type just be a strong foundation. Not loving the sans serif pairing, I'll have to keep playing with that. 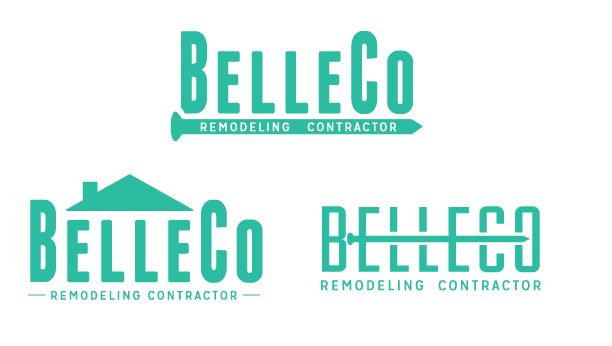 Beginning to get these into pixel form.

Actually once I brought them into Illustrator, the things that looked good on paper didn't look so good anymore. Sometimes that happens!

I modified the Filosofia a bit, made the skinny legs skinner and evened out the serifs, then put it all on a slant to give it a bit of attitude (or something...)

I'm trying to keep it simple, but I definitely feel like it needs something more. What I don't know! Also I'm a little scared that it's starting to look too late 80's. Which is COOL, but ya know... don't want it to get to stylized. 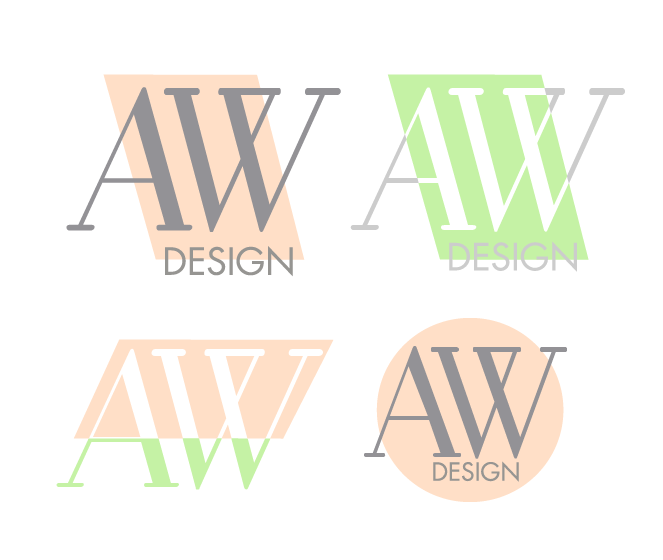 I did a bit more sketch development on both logos.

First of all I worked more with my personal logo. My initials lend themselves to angles and a parallelogram, even though I desperately want to feature circles.

After watching Evan's first tutorial I was really taken with Filosofia font, so I worked a lot with those capital letters and I love how the three lines line up moving from left to right. Even though serifs typically signify a more traditional business or designer (which I wouldn't consider myself) - Filosofia has this nice delicate feminine feel, which I do want my logo to have. Kind of like Archer which I'm currently using for my logo.

I like how the ones with the initials circled turned out, but I also like the big triangle a bit, too. I use triangles in patterns that I make a lot, and it's just weird enough that it offsets the traditional feel of the serif. 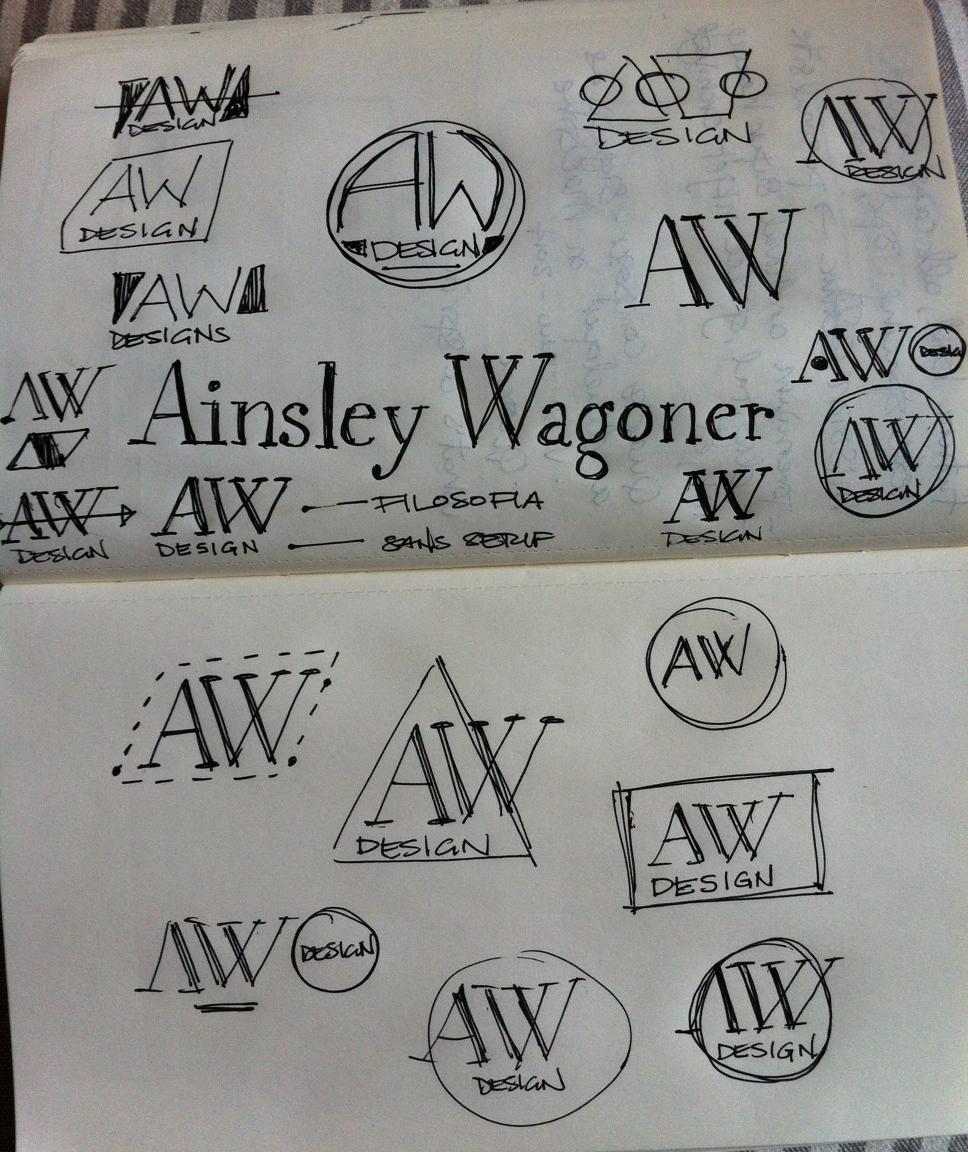 Secondly- I found out from a client that I was spelling things wrong (oops!) so the 'Co.' in BelleCo won't fit as nicely on top with the extra 'e'. They also mentioned that they really wanted imagery associated with remodeling/contracting so I'm playing with rooftop and nail shapes and how that might fit in.

I definitely want a slightly tall, straightforward bold sans serif for this one- so I've been sketching with Franchise and Fairview in mind. 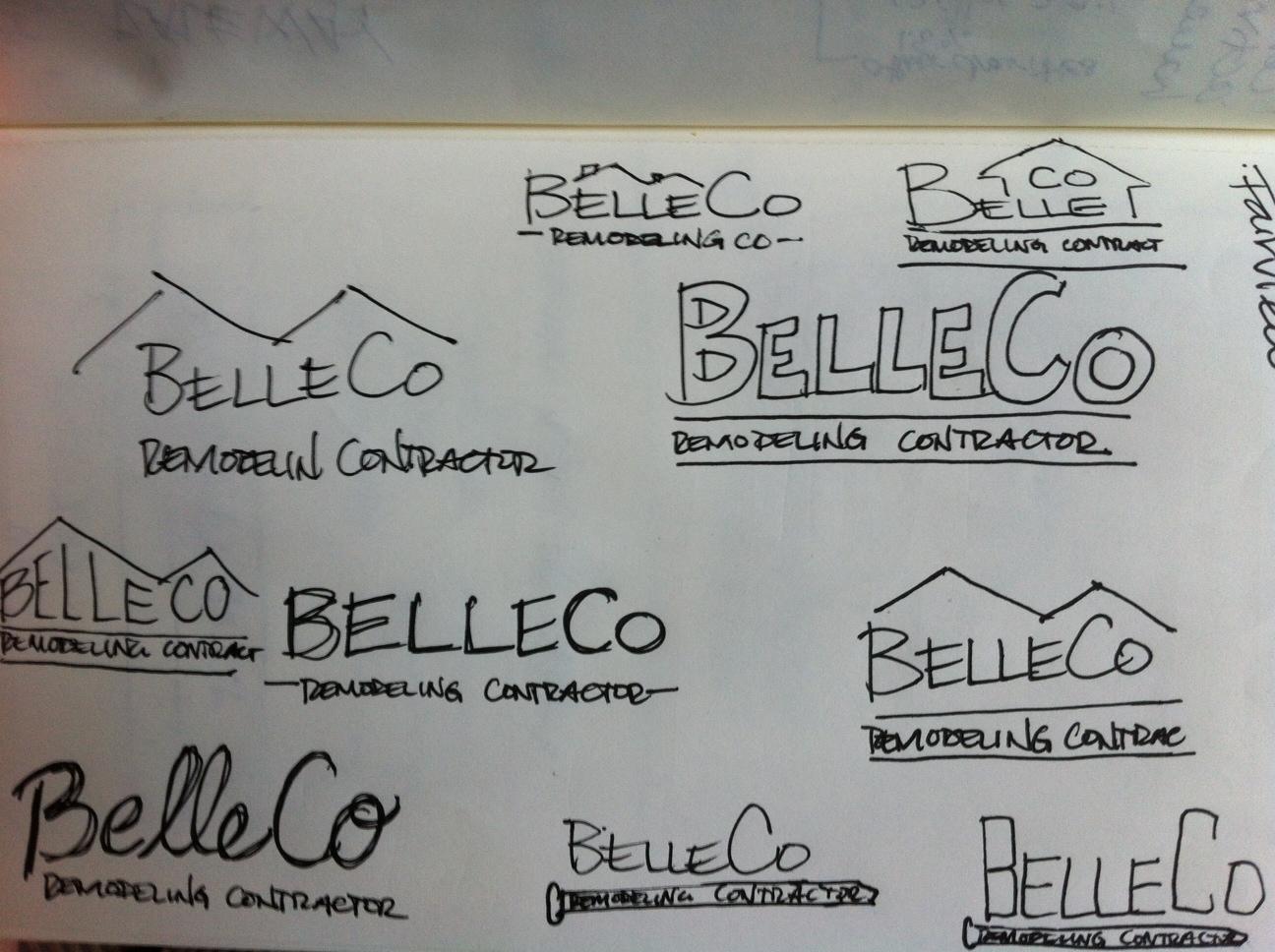 Really looking forward to this course. So much so that I already started sketching. Can't decide whether to workshop a logo for a client I have coming up or do some work on my personal logo. So I might be applying the lessons to both simultaneously! 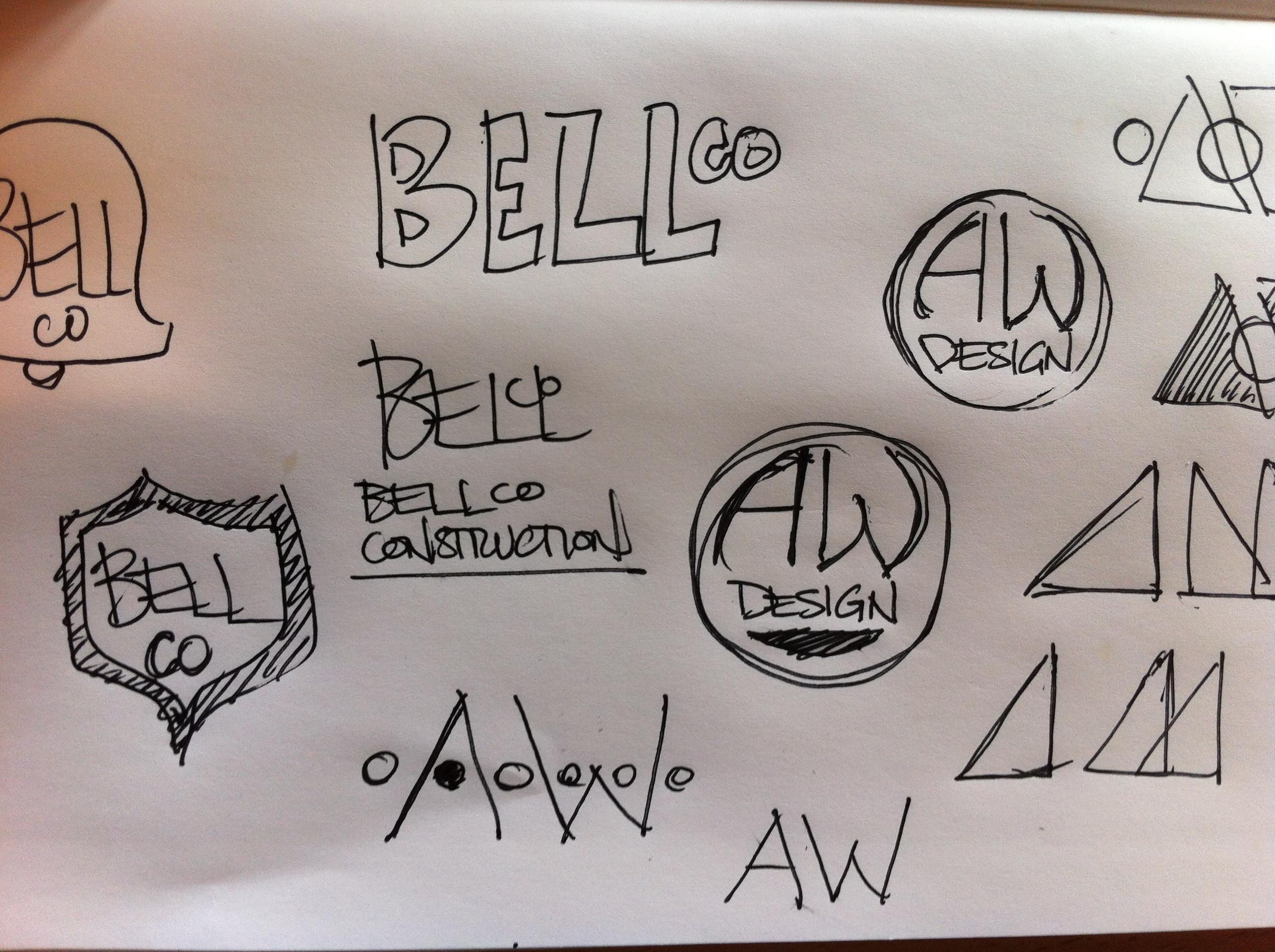