For my final, I decided to integrate my handlettering with a photo I had taken when I was home for the holidays. I chose this particular image of the beach because how limitless and freeing it feels to be there, which, to me, directly correlates with what it means to believe in yourself. 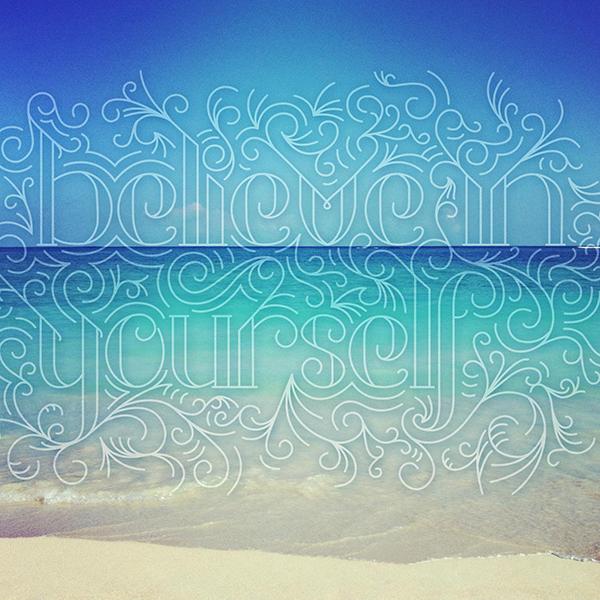 I just finished my first vector draft of my letterforms. I had made subtle tweaks from my inked drawing. I disconnected the "i" and "n", added some width to the "s" and tweaked the flourishes that were pointing to the "s" to have less prominence.

There are a couple more tweaks that I want to make before submitting a final, but if I could get some feedback on the slight updates, that'd be great! Thanks in advance! 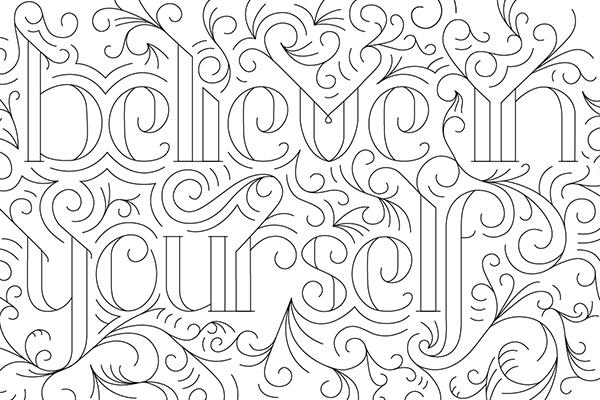 Since my original drawing ended up squeezing the flourishes on the right side, I took a sheet of tracing paper to better space it within the boundary of the page. I'll be starting the vector process now!!! :D 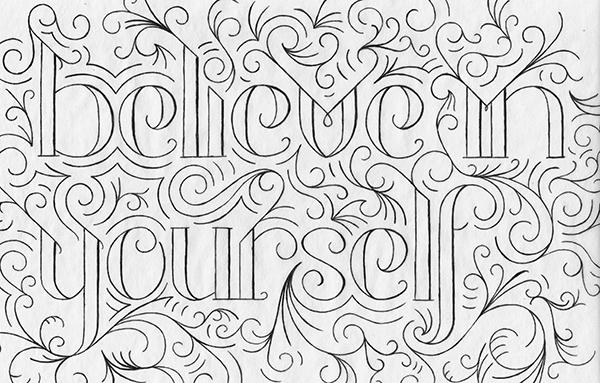 Here's a scan of my current progress. I didn't plan the spacing out right and ended up squeezing in the flourishes on the left. When I layer a second sheet of tracing paper and use ink, I'll make the necessary adjustments to the spacing. 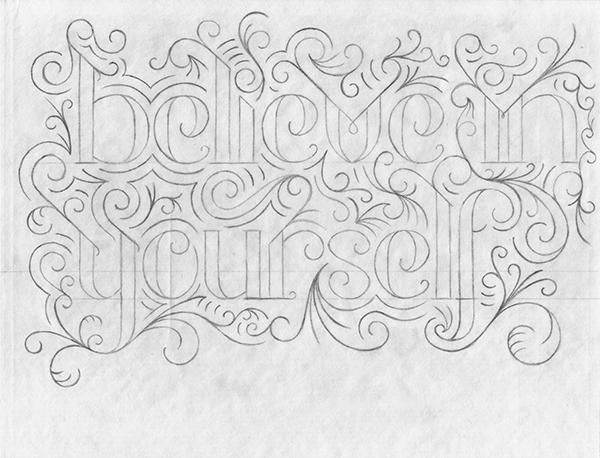 I started off loosely sketching some letters in my sketchbook before deciding to take one of the letters that I was really drawn to to create a phrase. For this class, I'll be lettering the phrase "Believe in Yourself" because I find that it's a very empowering and encouraging note that people need to remind themselves of occasionally. 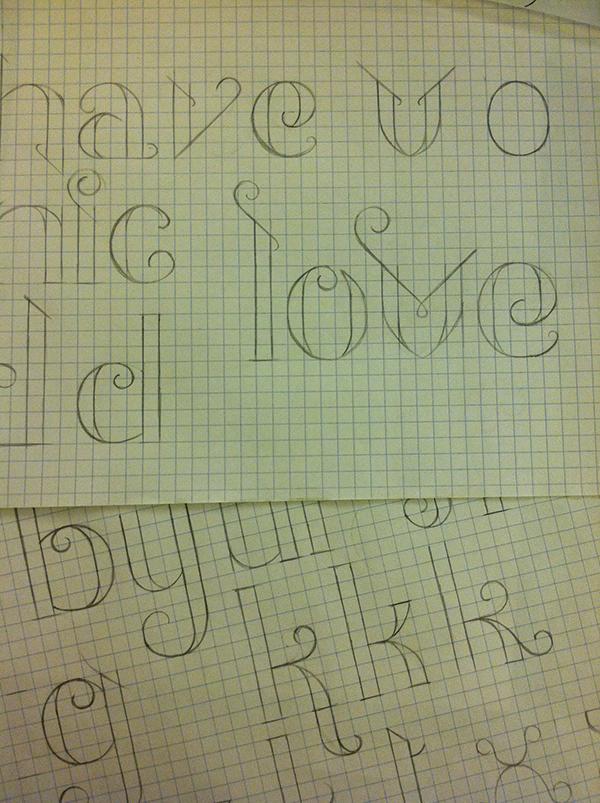 From there, I used tracing paper to start off my phrase. I'll be adding more flourishes between and around the letters and eventually experimenting with filling out the letterforms or thickening some strokes. I'll have to figure that part out as I go. Haha. 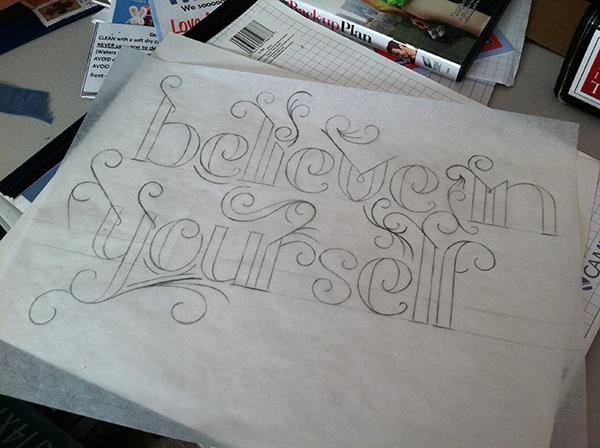