I meant for this to be a much more zoomed out line drawing of my friend's dog in front of a cute shop, but I soomed in and started coloring him and when I zoomed out I realized he was far too realistic for the scene and original intent. So I just cropped him and turned it into a portrait! I also did your greyscle portrait class so that was useful since Baloo is mostly greyscale but just had some color reflecting on him from the flowers that were behind him, so I decided to make an abstracted version of those flowers as the background. 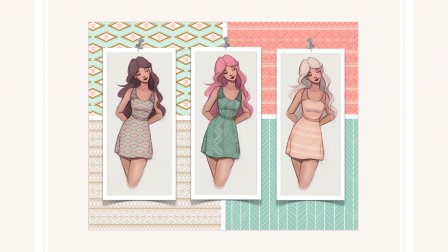