I've chosen to create a poster for Balmorhea's (w/ The Slow Revolt) show at Hoxton Square, London on April 4th. I was first turned to Balmorhea's music by a friend back in 2007, when I was looking for bands similar to Explosions in the Sky. I was instantly drawn to both the complexity and simplarity of their compositions, full of elegant layers and depth creating such a beautiful sound.

'Balmorhea (Bal-more-ay) is a band from Austin, Texas, United States.

Inceptually influenced by the band’s namesake, a tiny West Texas town of 500 people, Balmorhea’s early work reflected motifs of the American Southwest: the folklore of Texas settlers, the emotive proclamations of the mountainous setting, and intimate studies on solitude, nature, and night. Slowly adding more members to the band over the years, including a string section and full percussion, Balmorhea’s rich and layered music continues to be simultaneously concise and complex, uniting a collection of ideas, textures, and sounds into one genre-defying landscape.'

Due to being busy with other projects and commitments during the week things have been moving a lot slower than planned. Regardless of the deadline I plan to continue with the poster until it's completed.

At the moment I'm currently inking the drawing, I'm having to work at a much smaller scale than I would normally. One, I've lost the power cord to my larger lightbox. Two, I've lost my bristol board pad and Three, because of time.

I'll update today with a photo of the finished pencil sketch (It's attached to the inked version and I forgot to take a photo before) but for now here's some updates on the inking process.

The photographs are a little blury because of the low light I'm working in but I'll update with some clearer shots once it's finished. 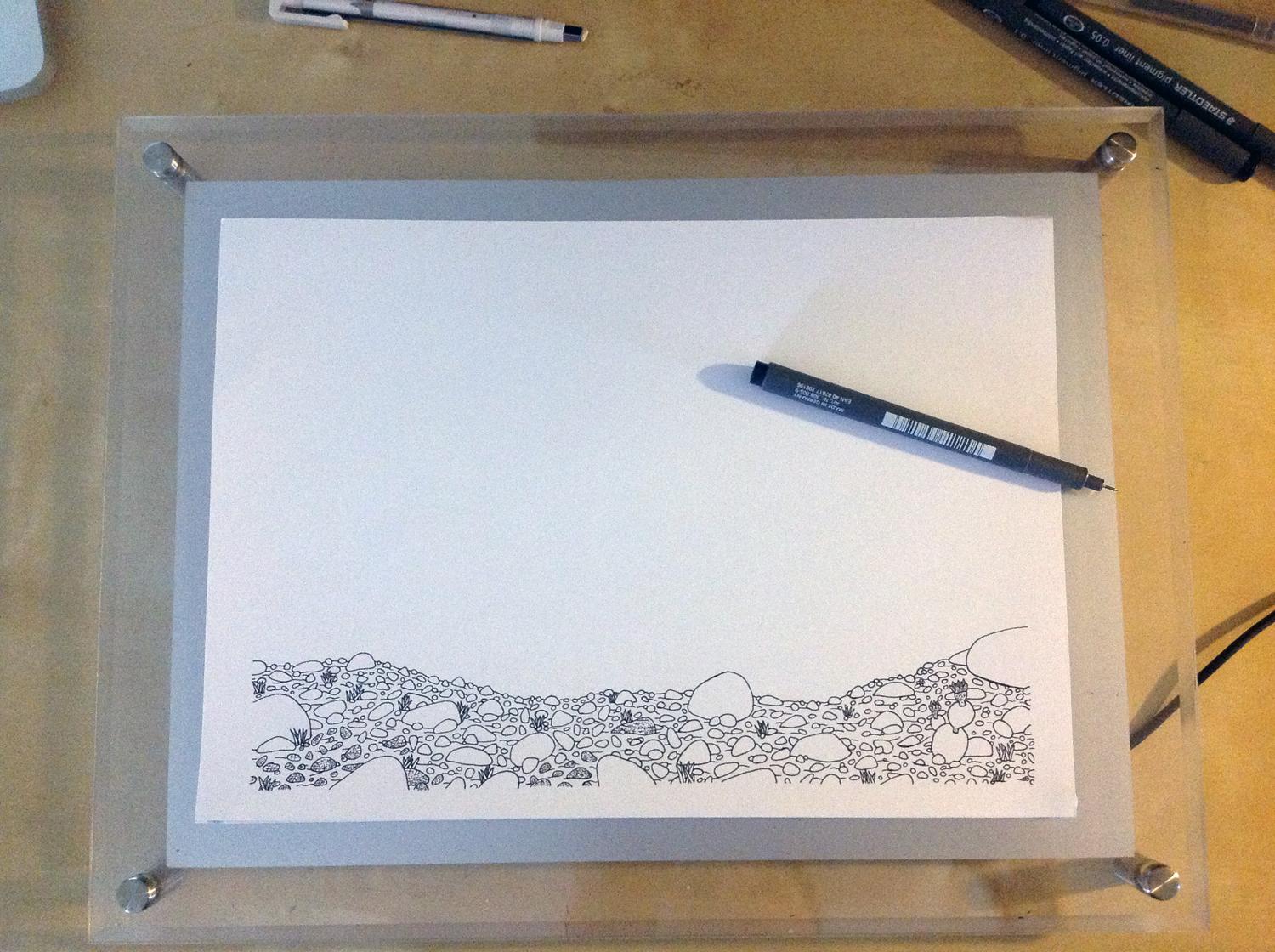 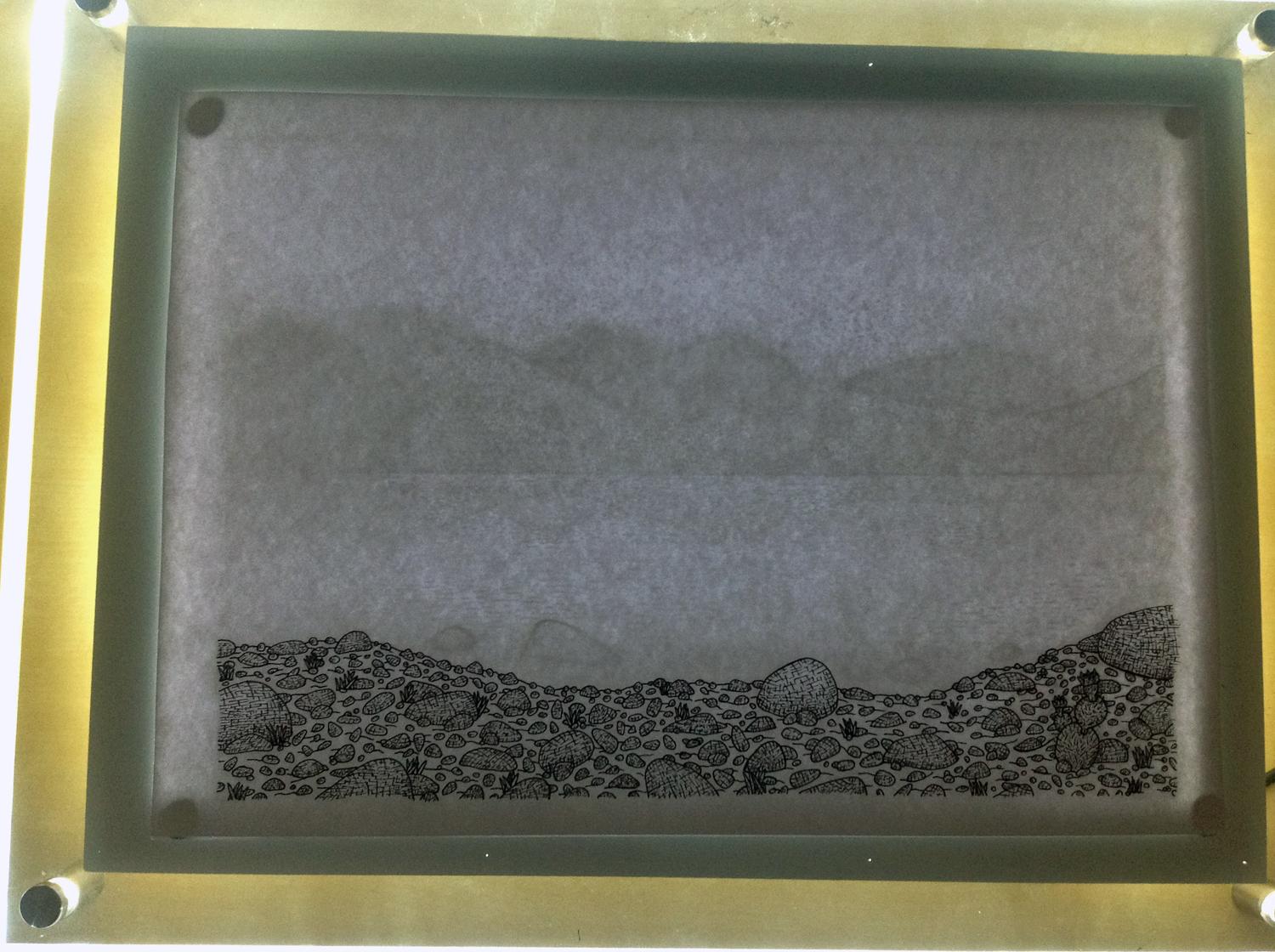 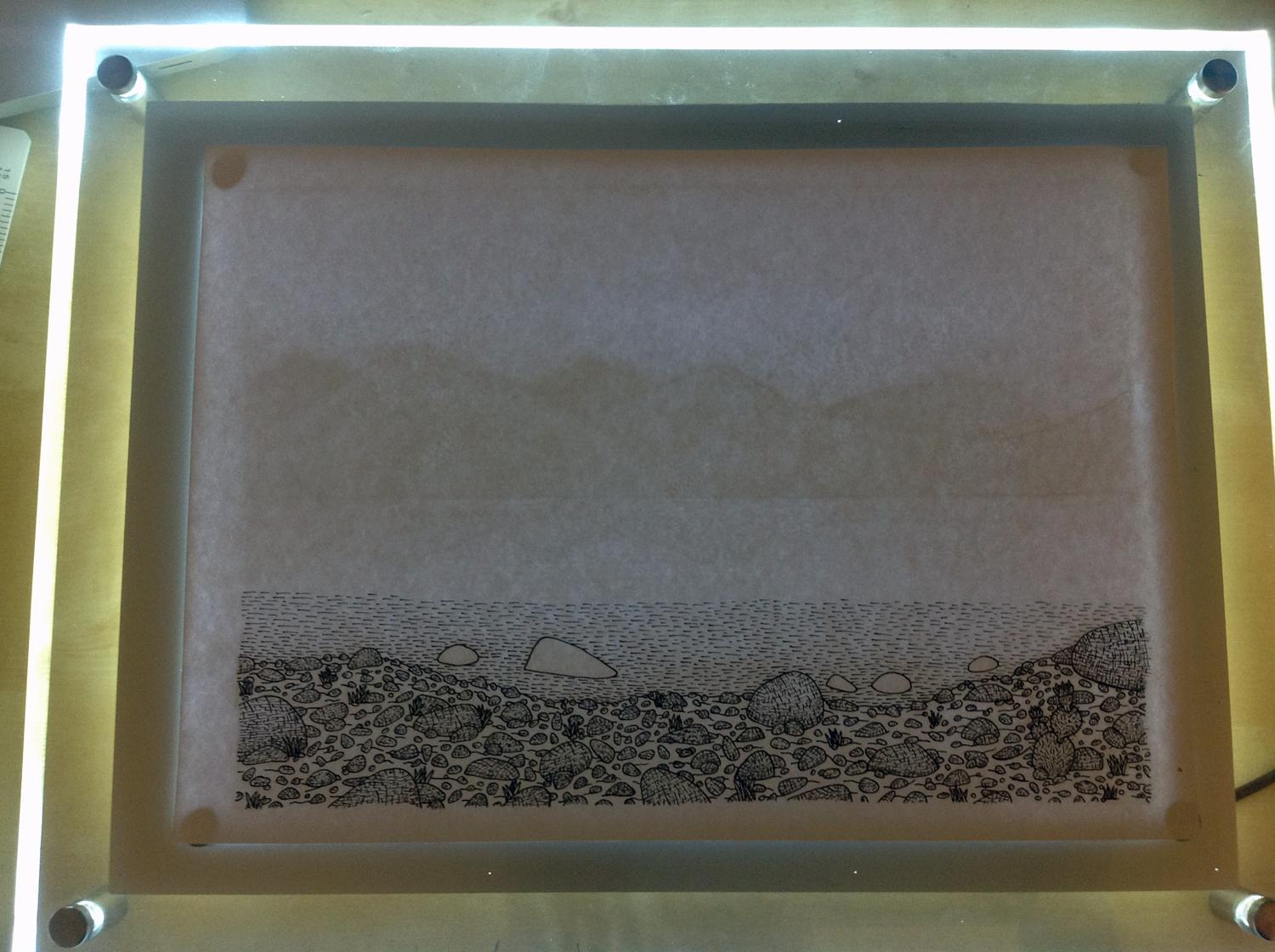 With the natural world and its landscapes being a constant thematically within my work, I wanted to continue this progression through this project, using it towards developing my skills. I already knew that the poster would be based on the Texan landscapes referenced through thier work. I want to work towards designing something that represents the beauty and depth of their music, with references to the gig's location. 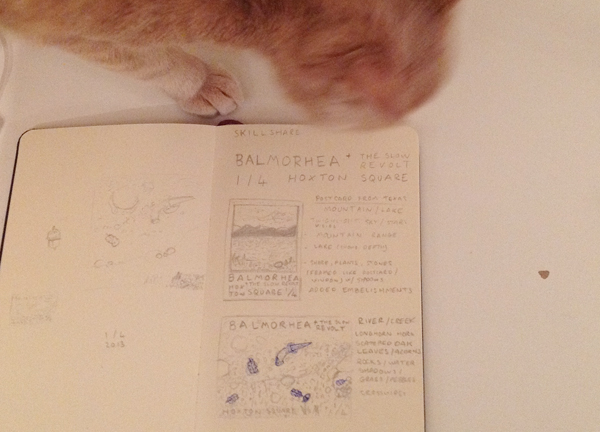 I must appologise for the bad quality of the image and for the photobombing by my kitten Banana.

I usually start a project with small thumbnail sketches and jotting down ideas and concepts I want to get across through the piece. At this stage I haven't taken any consideration towards the typography other than noting down the componants needed. Normally I would incorperate the typography within the illustration but for this I feel that the natural imagery should be left untouched.

My #1 concept for the poster is based on the idea of Postcards from Texas, referencing bringing the location which the band is from and inspired by to the location of the show. The poster would contain a drawn illustration of a Texan-esk landscape, showing a lake's edge, water, mountains and the twighlight sky. There would be added embelishments and shadows surronding the sqaure format illustration, to add a sense of depth to the poster like a postcard sitting ontop of it. The theme of depth is also shown through the layers of scenery in the illustration.

#2 illustrates a closer view of the landscape, showing the edge, shallows and depths of the lake. This idea focuses on adding subtle references between Texas and England. A broken horn of a Texas Longhorn is coming out from the shallows of the water and the whole piece is scattered with Oak leaves, the national tree of England.

Initially I had thought that idea #2 would be the strongest and my favourite, but the composition of #1 seems stronger visually as a poster in my eyes. I want to explore the possibility of combining the location references into the landscape of #1 to create a stronger piece overall. 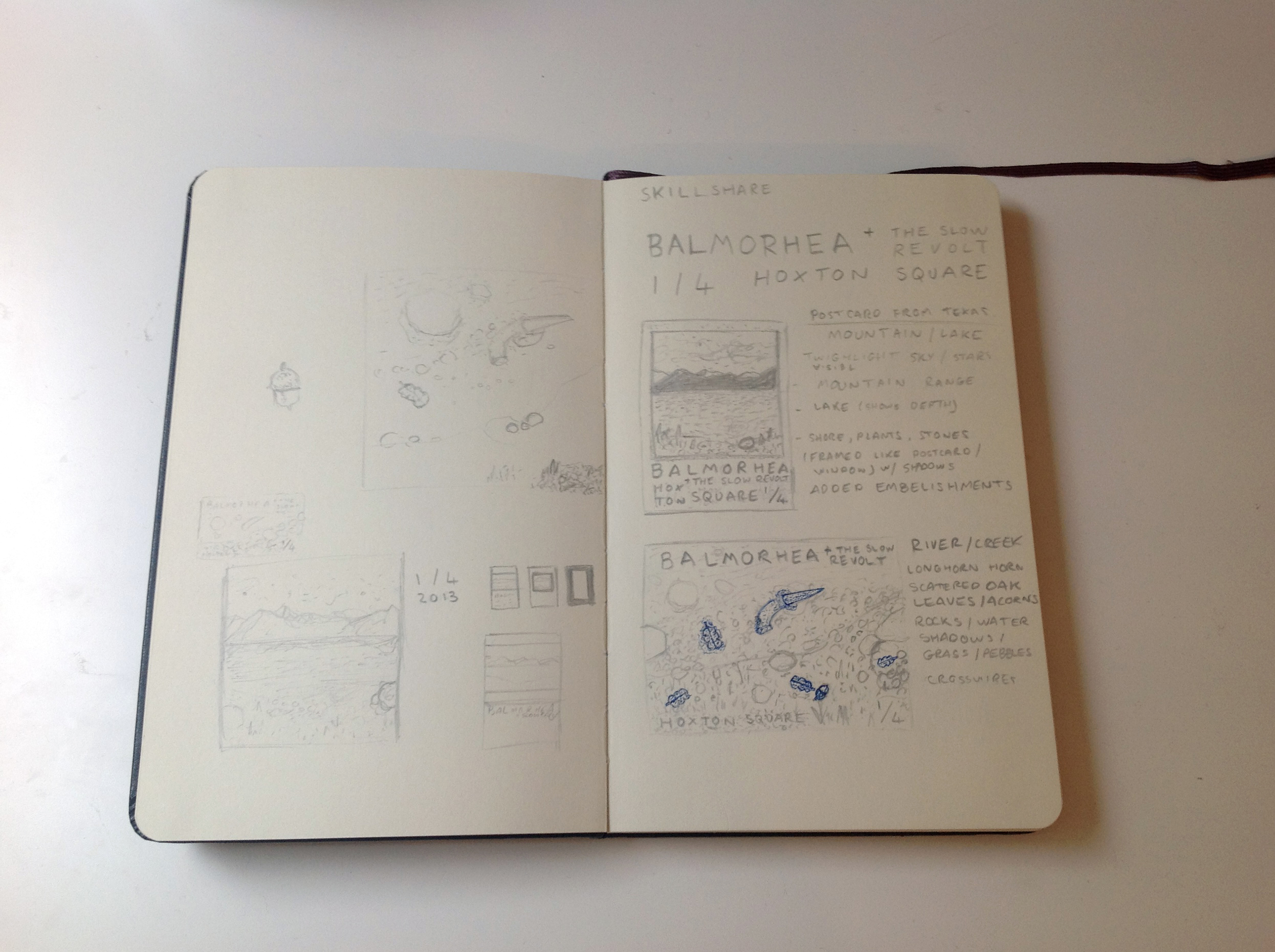 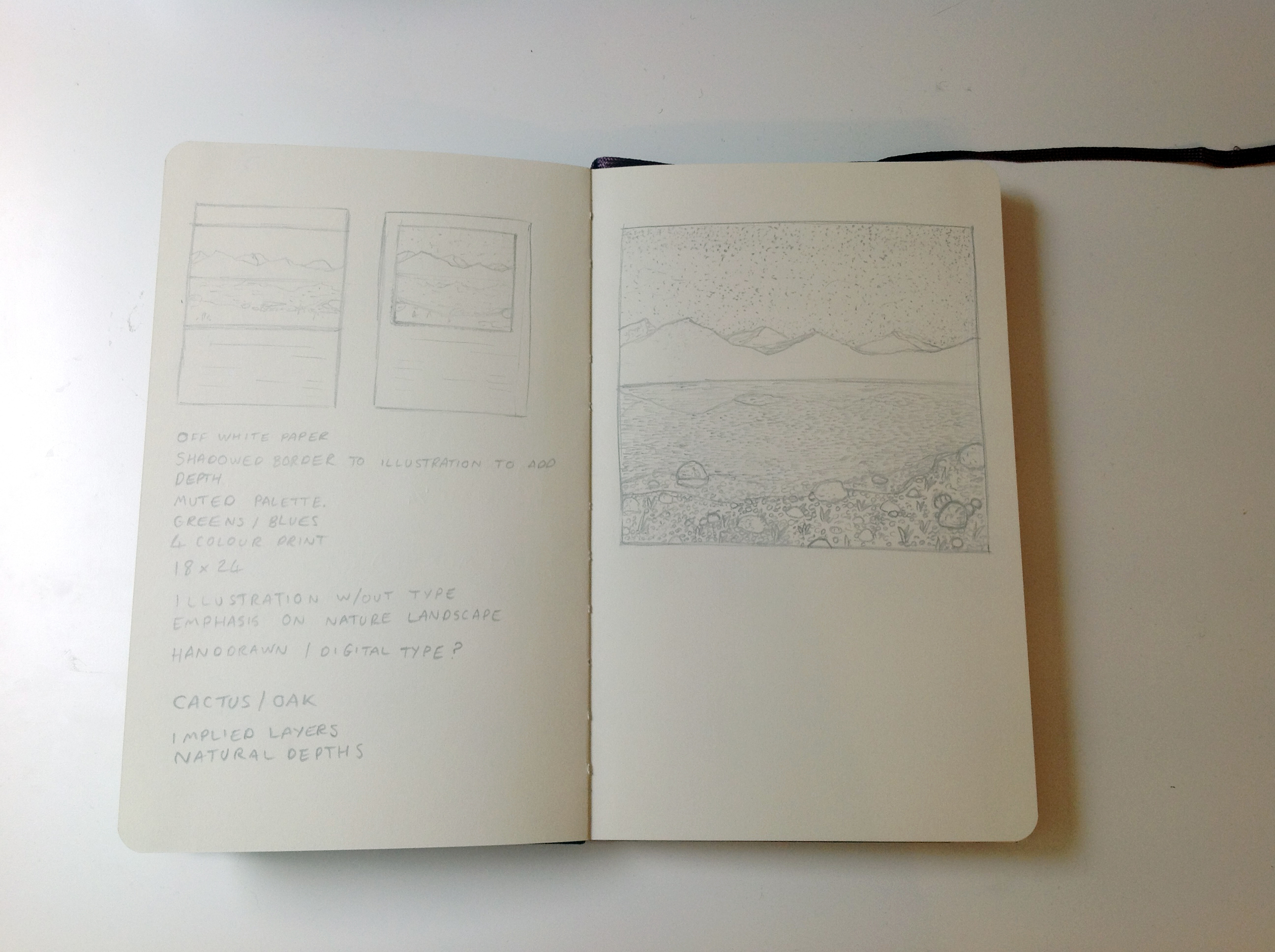 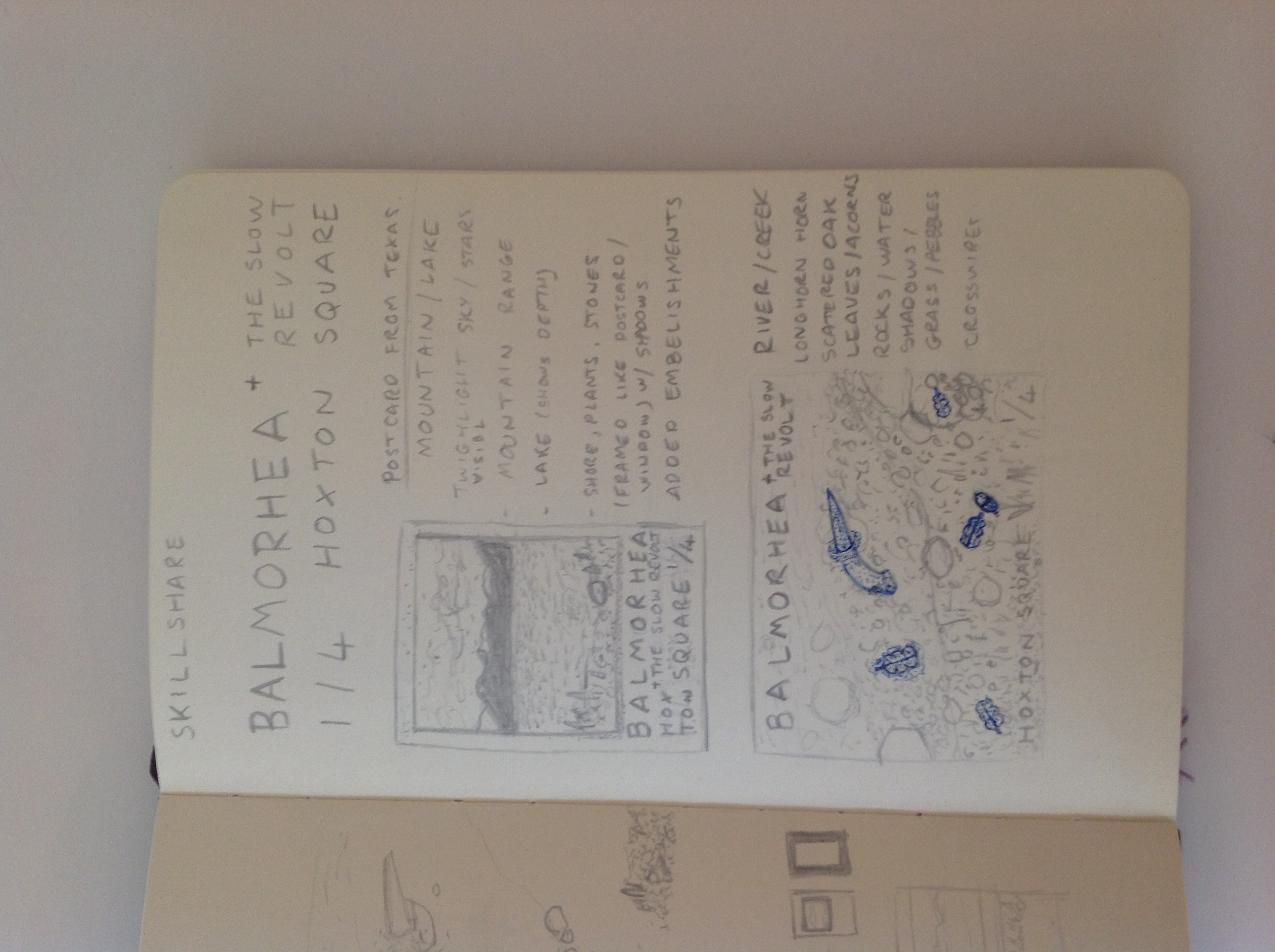 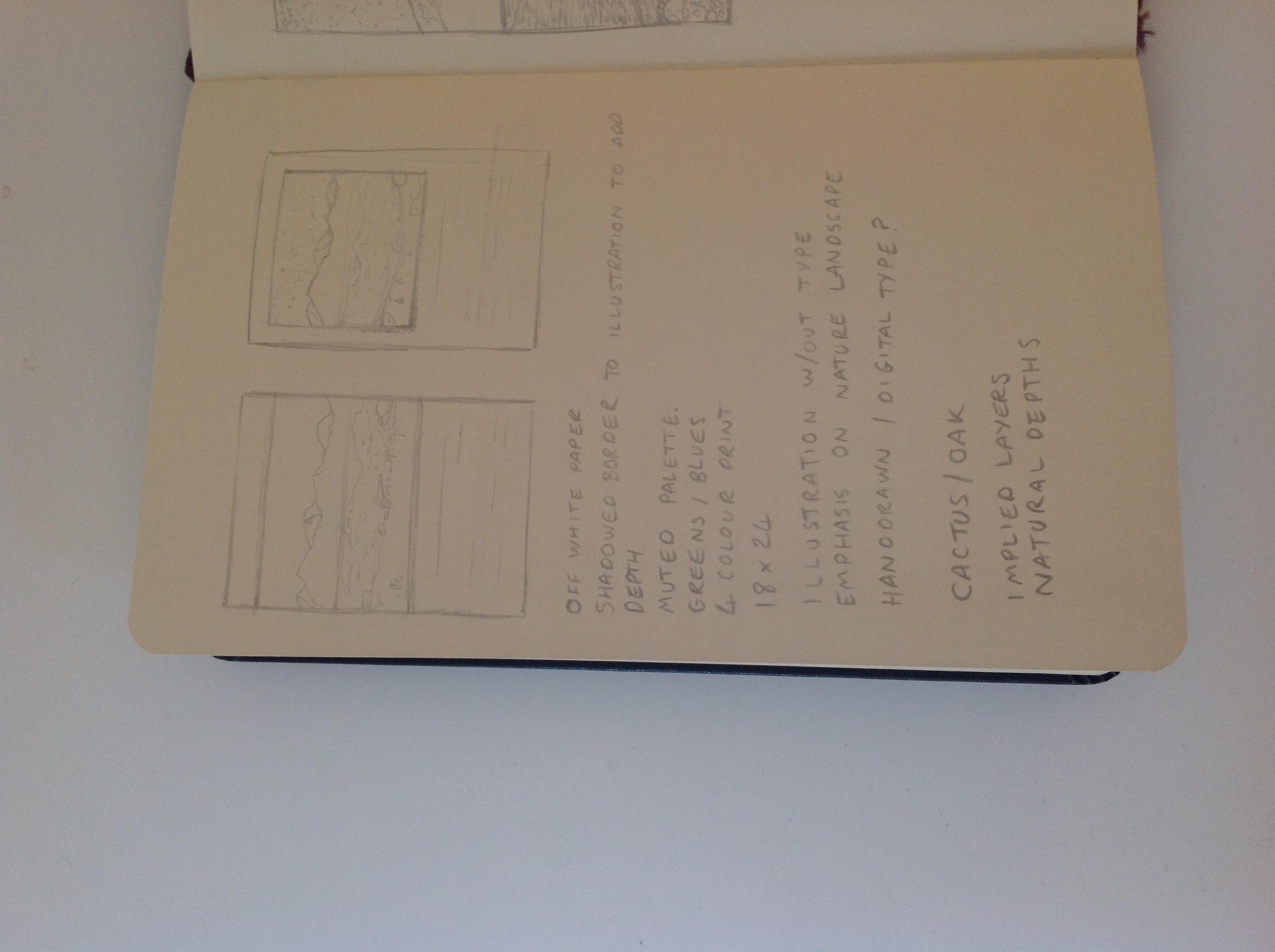 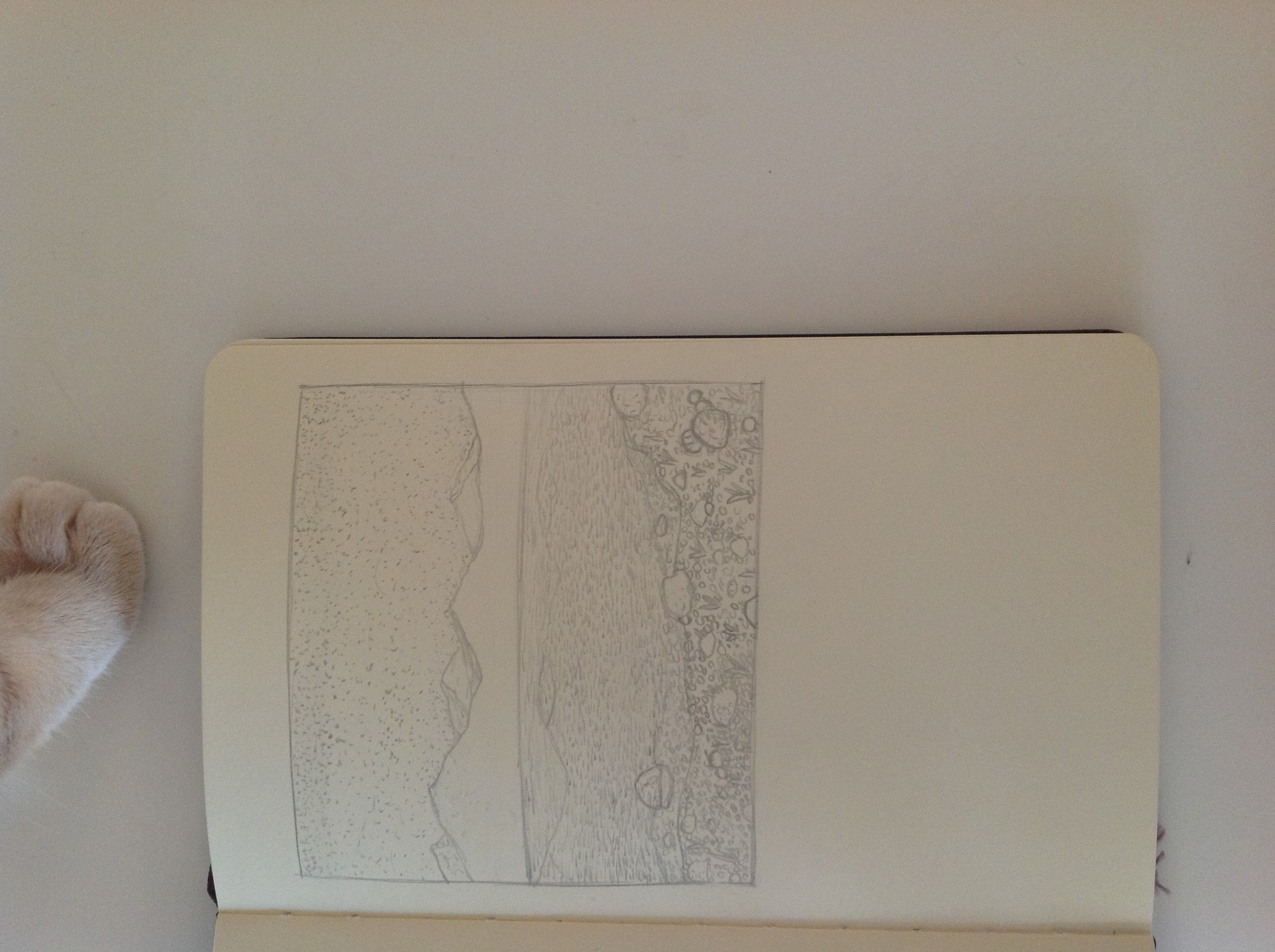 I wanted to explore the composition of how the 'postcard' illustration would sit on the poster, either in the square format shown previously or through a narrow edge to edge landscape. I noted down some more considerations to the format and concept of the poster like implied layers, initial colour ideas and poster size.

I want carry on with the idea from #2, referencing the locations through the subtle addition of objects. I had originally settled on the Longhorn horn /  Oak leaves but I think have decieded to switch the horn for a prickly pear cactus.

Through a slightly larger and more detailed thumbnail of the illustration I now have an idea of the composition and natural componants, I'm curently compiling a folder of reference images to work from before I start a full-size pencil drawing.

I need to start thinking about the type on the poster, whether it'll be digital or hand drawn. Although I want it to be intentionally seperate from the postcard, it'll need to flow with the rest of the poster whilst standing solid on it's own. 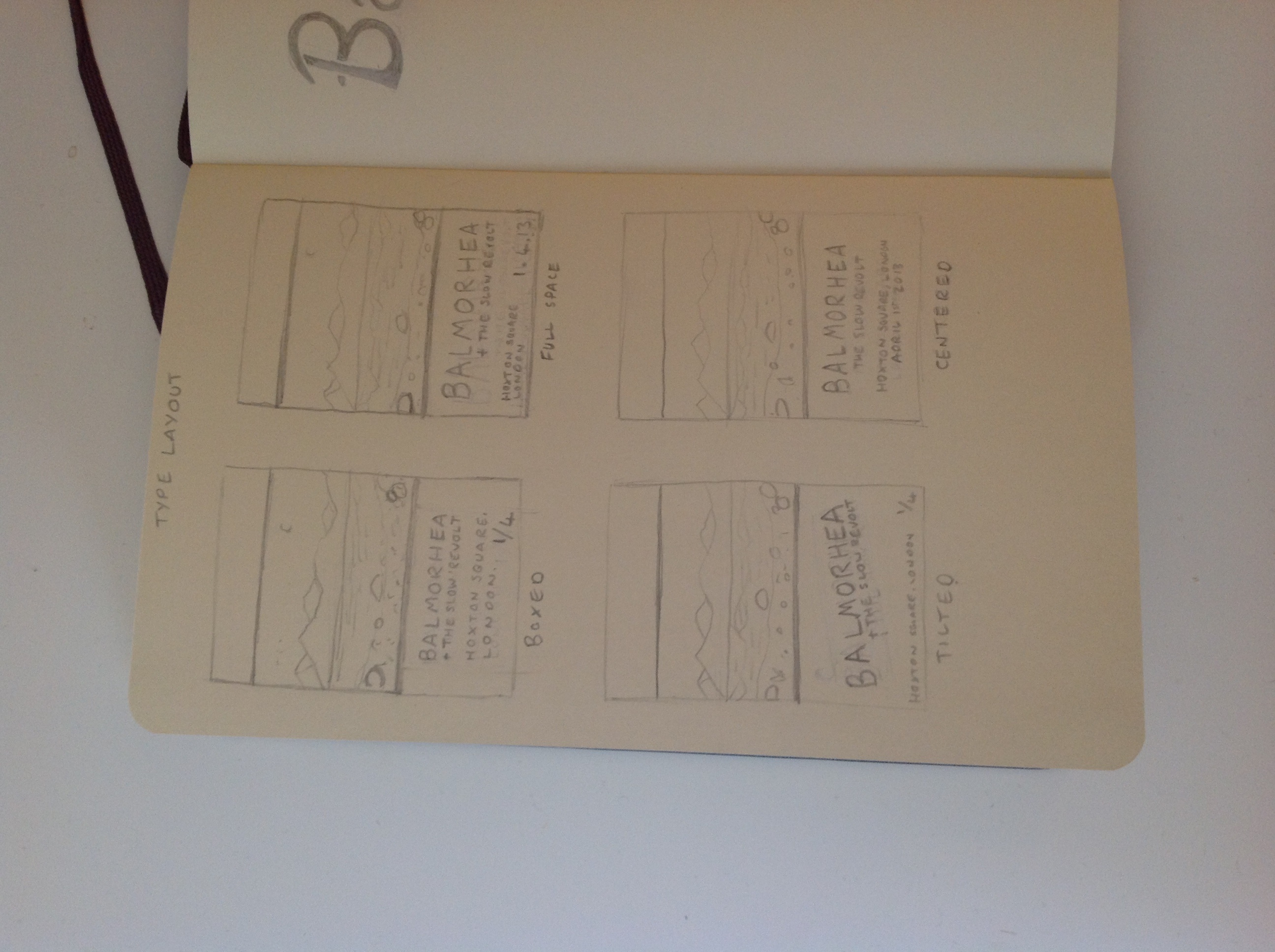 Initial thumbnail ideas for the layout/placement of the type for the poster, more thumbnails and type style experiments to follow later today. 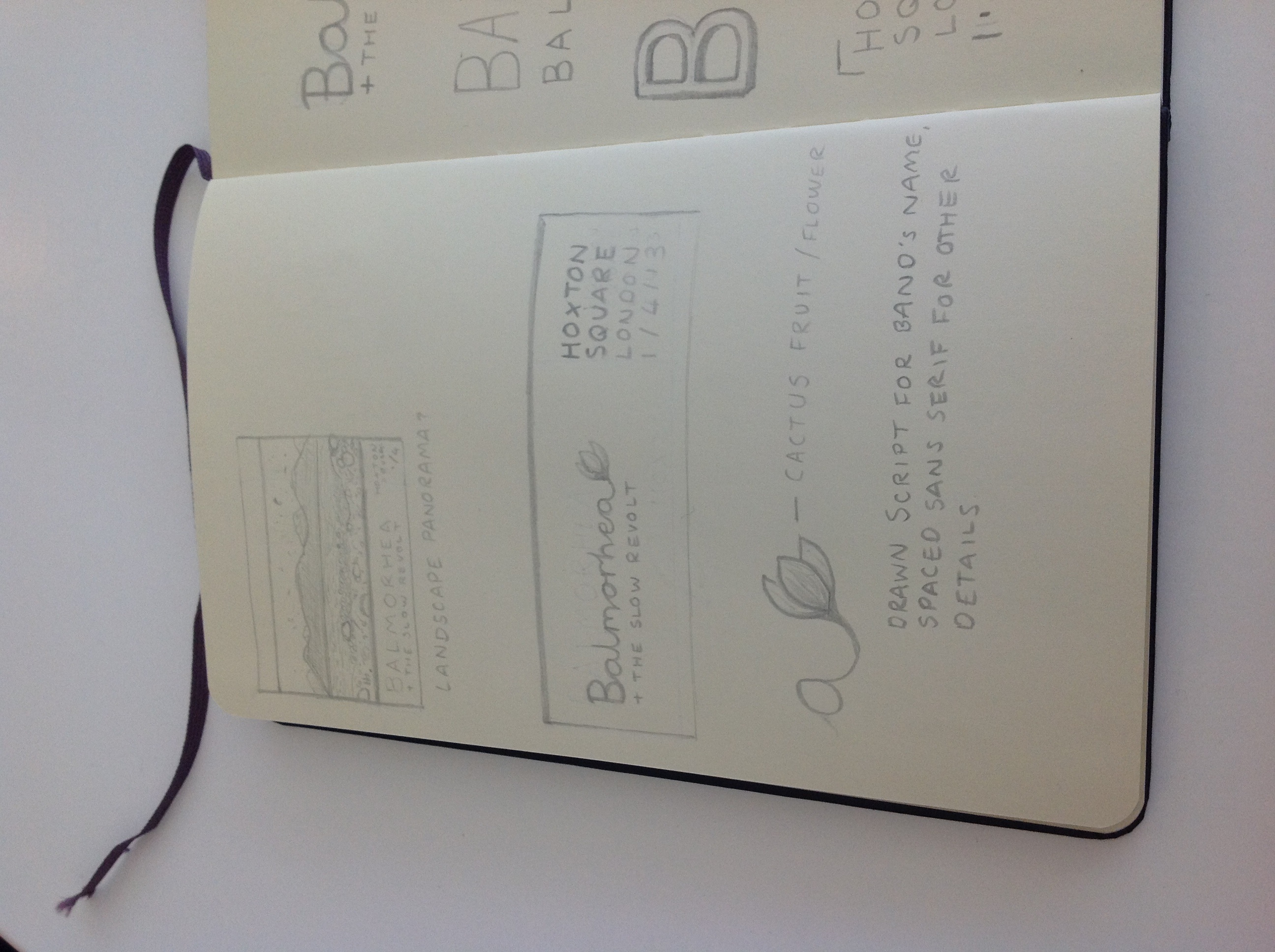 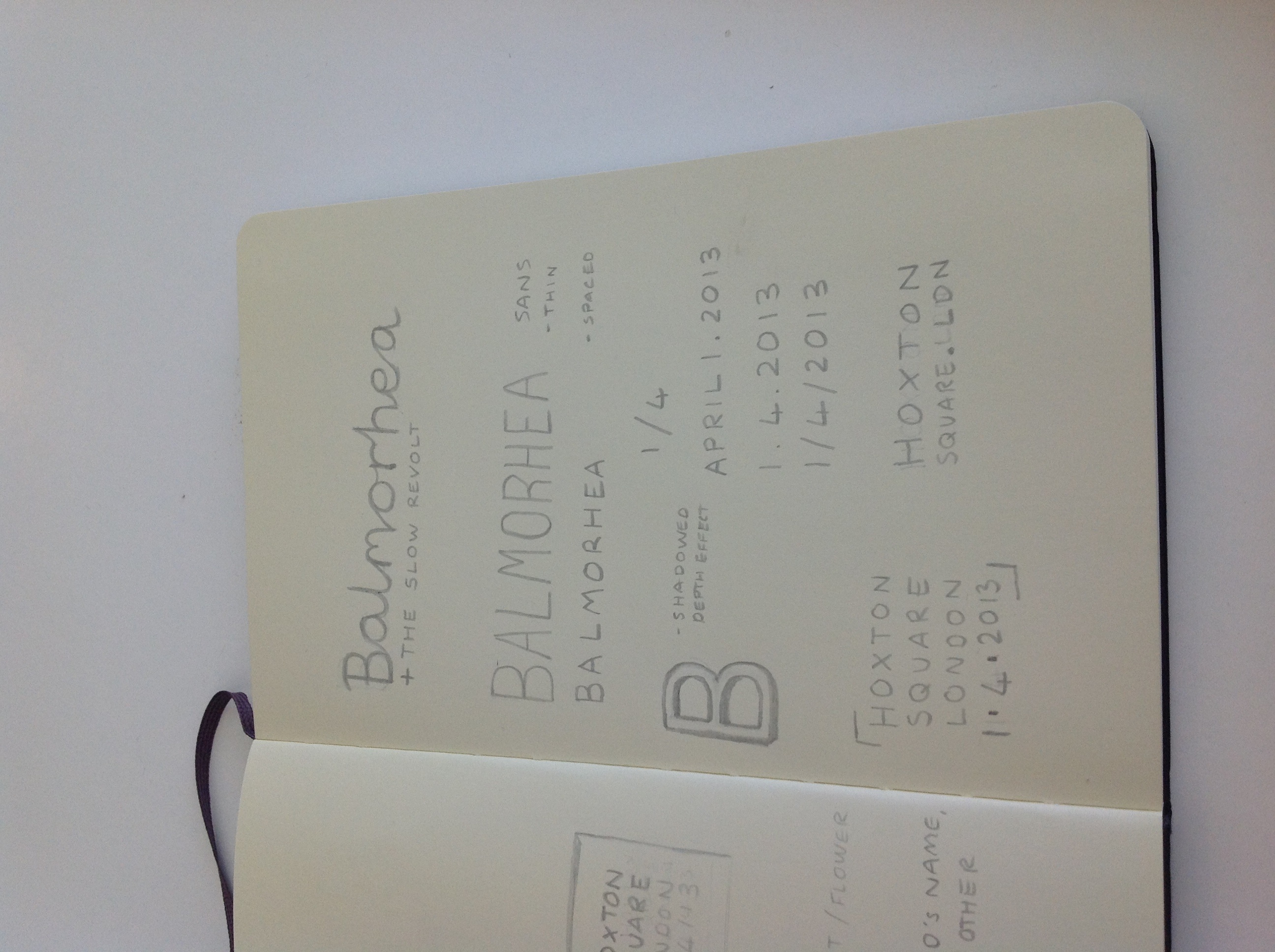 Quick update whilst sitting in a cafe with my iPad. No cats around this time though.

Explored the possibillity of the poster being landscape, with the illustration being a thin panorama style image. I'll have to experiment more but I think I find the overall look more pleasing in a landscape format, it still keeps the framing through white space which was a visual concept in the portrait version.

I think I've settled on amusing a hand illustrated script type for the band's name, with the possibility of added a cactus flower to the end. The rest of the typographic elements would be sans serif with a wide tracking.

Apologies for the terrible handwriting throughout my sketchbook, I've always known it was bad but hadn't realised just how terrible it is.

I plan on starting the full size pencil sketch for the landscape illustrations so will update with process shots tomorrow.

For some strange reason my images have truned themselves sideways, I'm now not sure whether they were always like that and I didn't notice or not.

I've been a little busy with other things but I'm currently drawing out the pencil version of the poster, ready to be inked over the weekend. I will update with some process shots when I get the chance over the next few days. 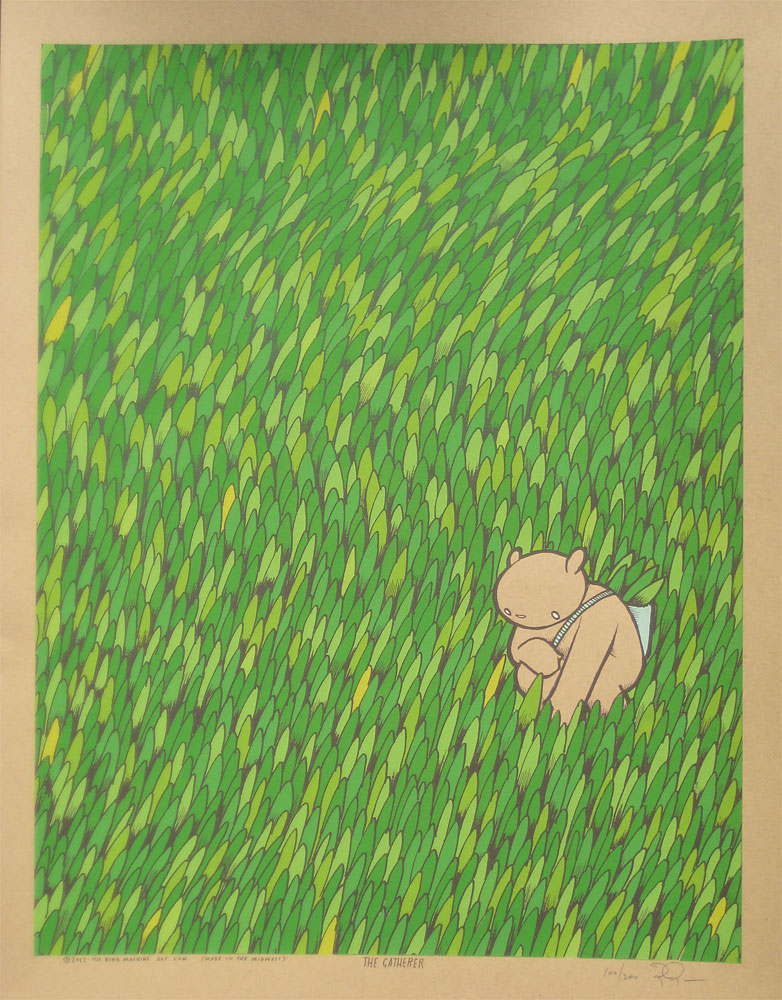 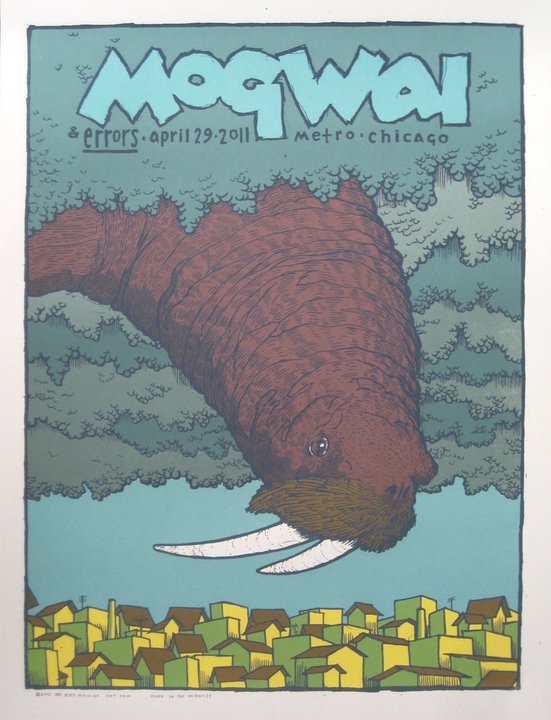 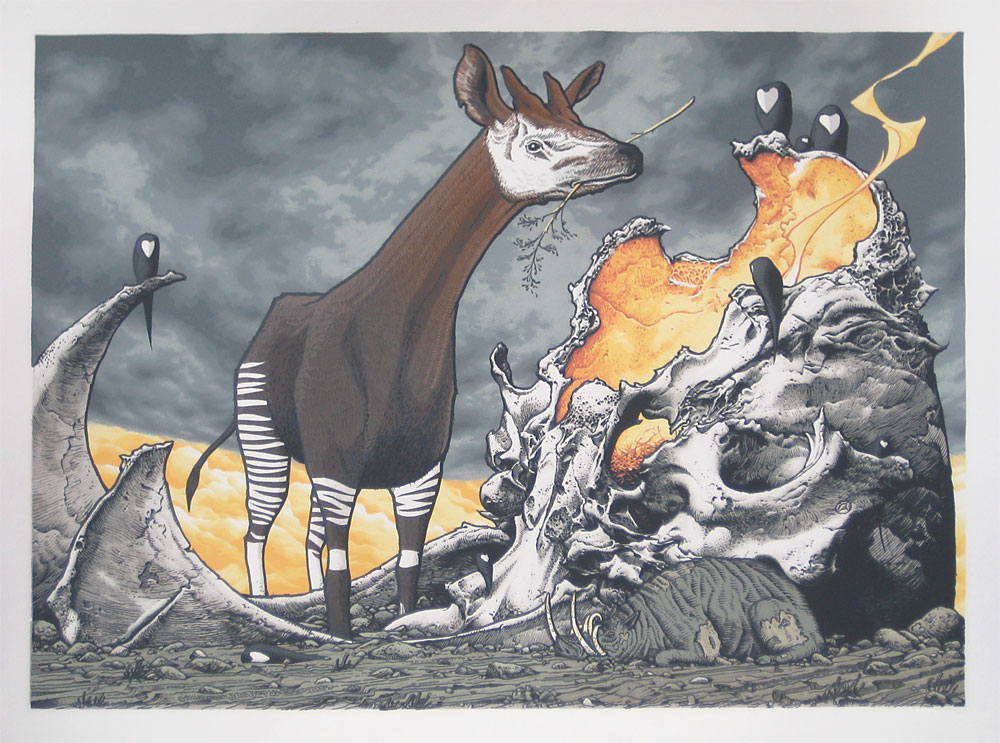 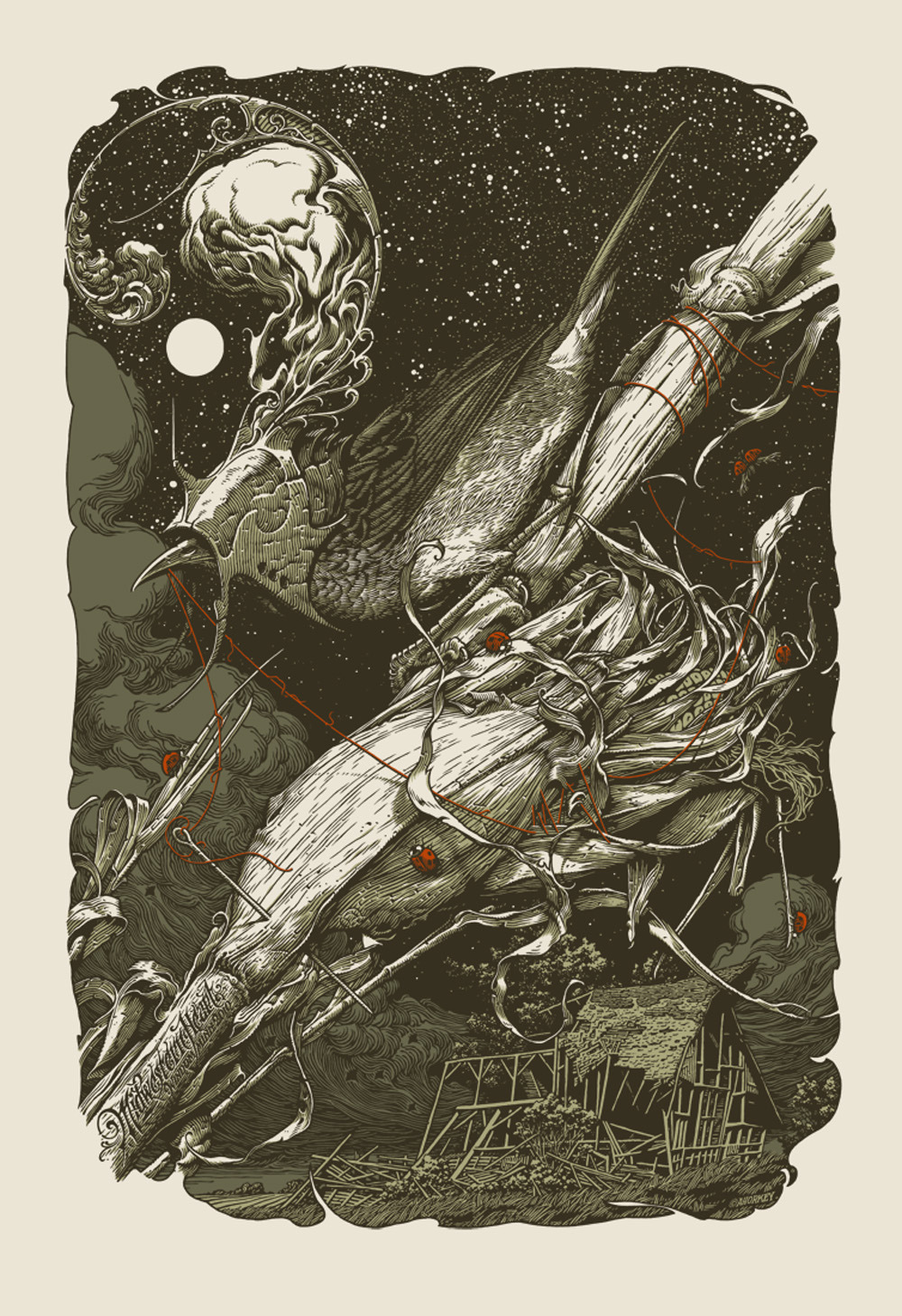 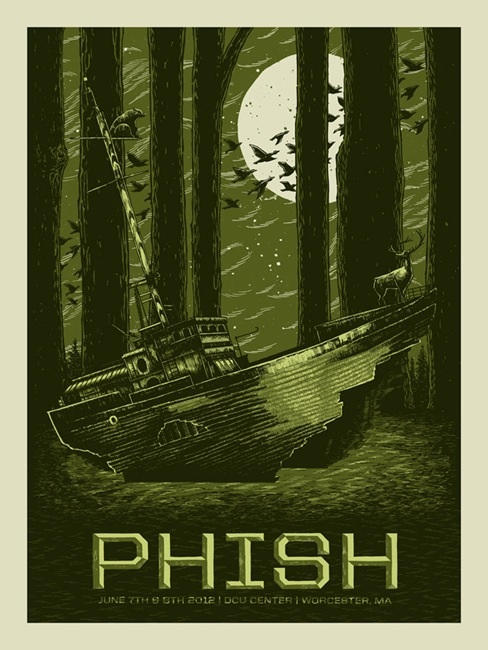 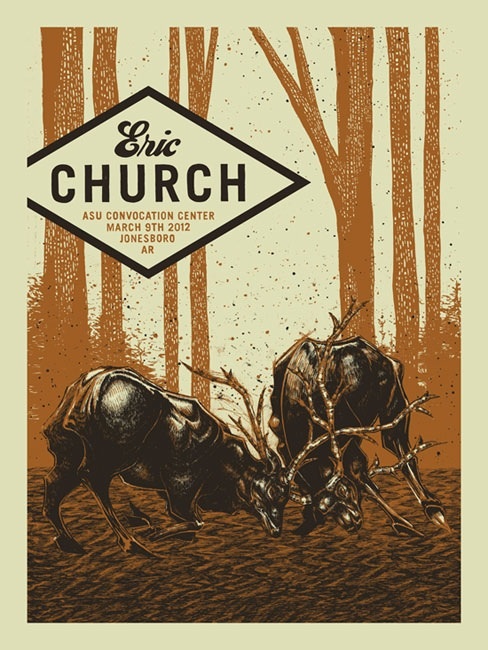 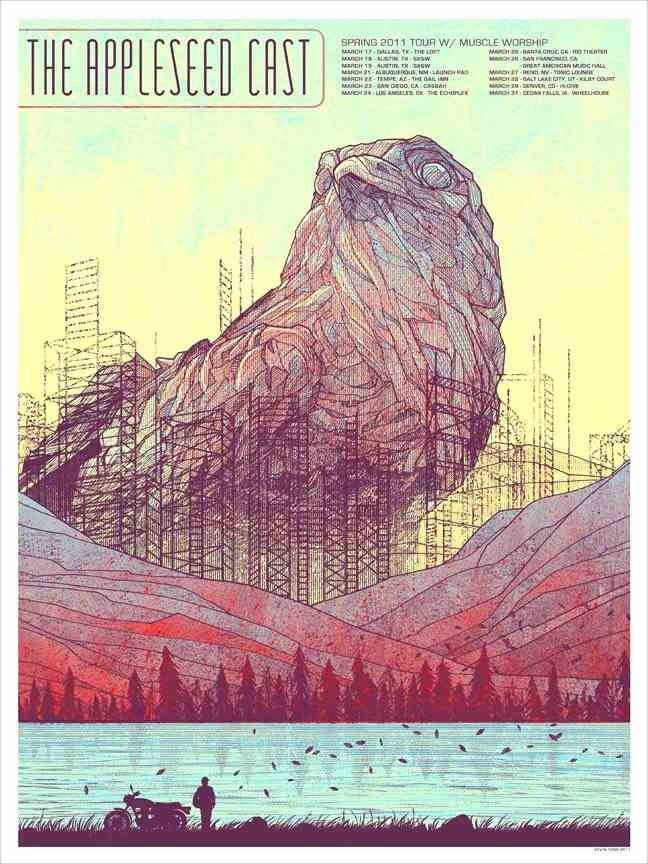 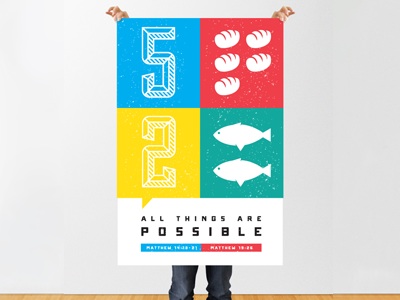 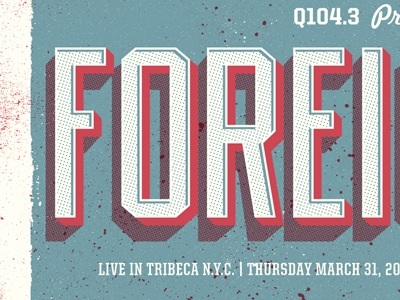 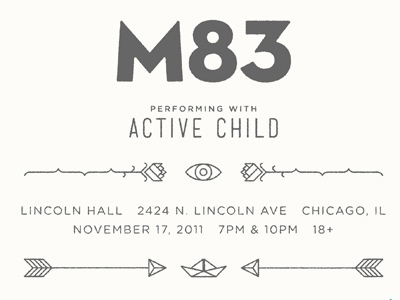 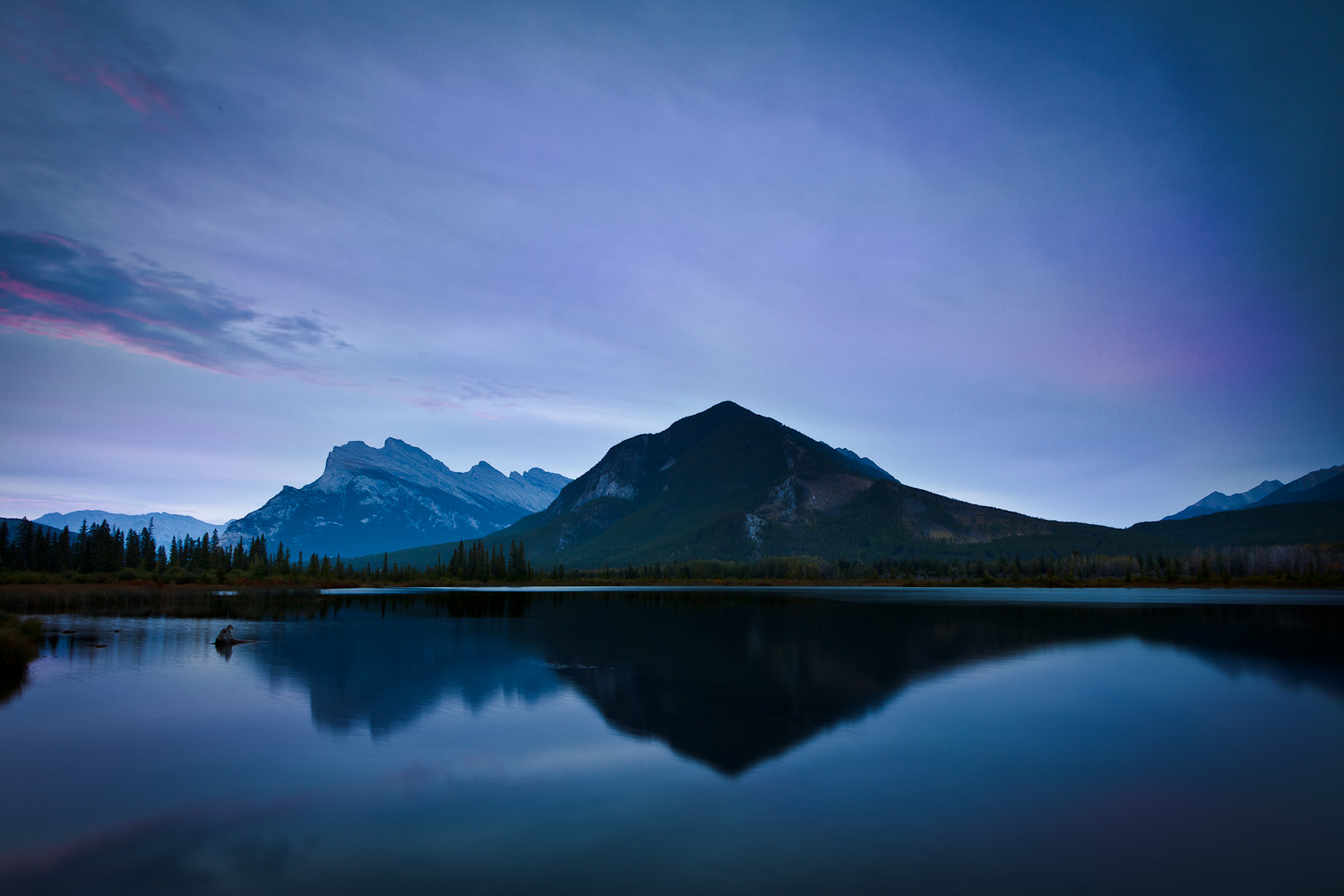 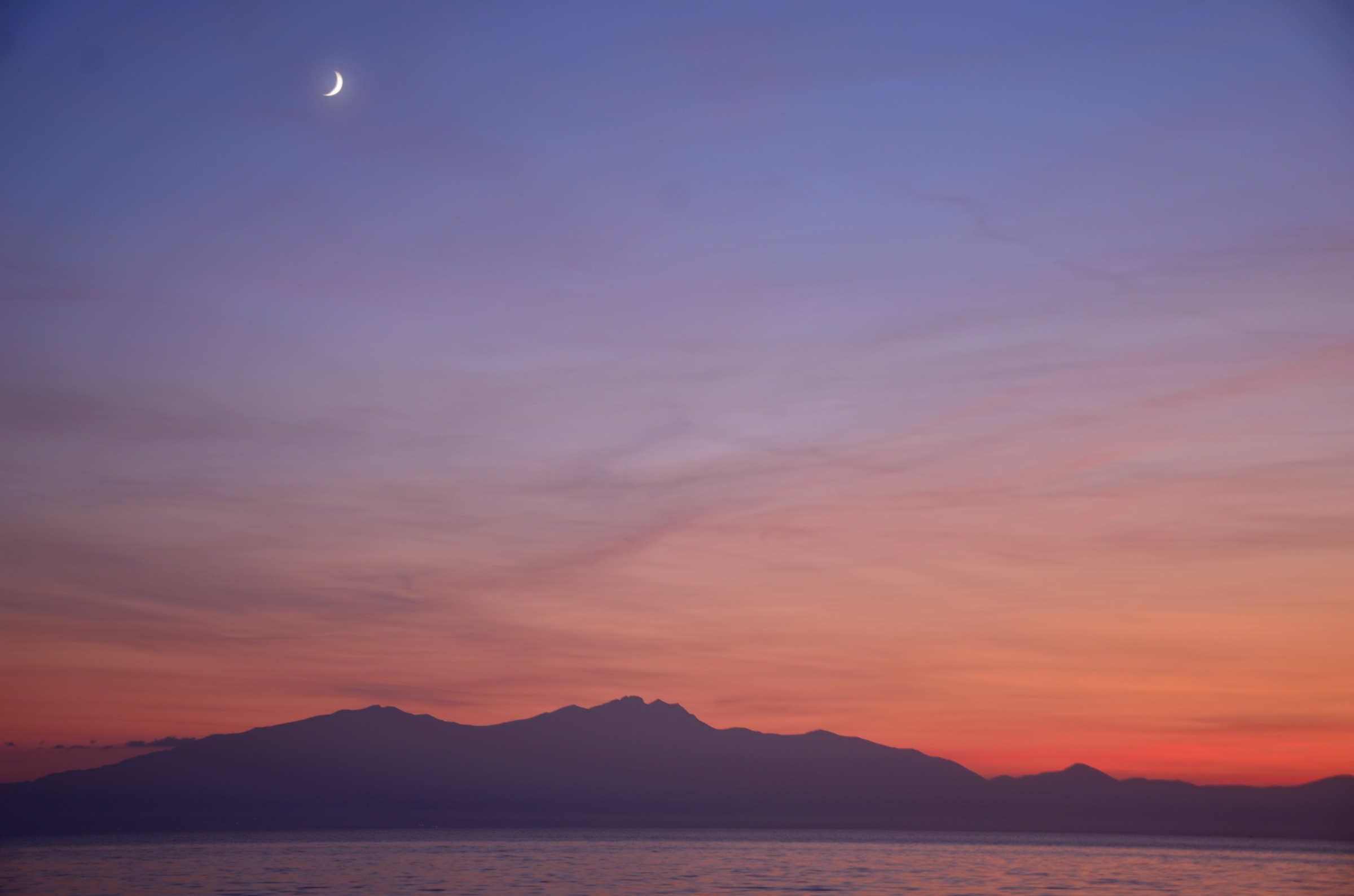 I would love to hear some feedback and ideas on what I have to date.