My name is Ryan and i currently live in Edinburgh, Scotland. I have been a Graphic Designer for a few years now. Feeling unfulfilled, and unsatisfied with the work i was given, I have been looking for a creative medium that was more hands on, less constrictive, and well, more fun. I took a trip abroad last year and spent a year in Australia, it was there that i discovered my love for t-shirt print and design. Working for a couple of studios, learning about brands, and making contacts, it became clear to me that this is what i wanted to do....

For the last year, I have been toying around and trying to maintain a strong, recognisable brand identity. Many logos have came and went, but nothing that i was happy with, until i recently came up with the below image, known in my paper work as the lightning tache. I wanted something bold, simple, but utterly recognisable. Inspiration has to come from JC, and the products produced by Thieves and Honour and Friends With You.

There is definitely inspiration and a lean towards street wear, but i would like to think it could appeal to other genres of tee wearers. I have tried to make the tee design look old fashioned in feel, while also trying to maintain a contemporary feel. I would market the tee to many different walks of person, not just street wearers.

All my designs are very simple, and with one colour, so i wanted this simplicity reflected in the logo and branding. Its a take on the lightning bolt cloud weather symbol where i a have replaced the cloud with a moustache, ( i have a moustache, inspiration you might say... ) 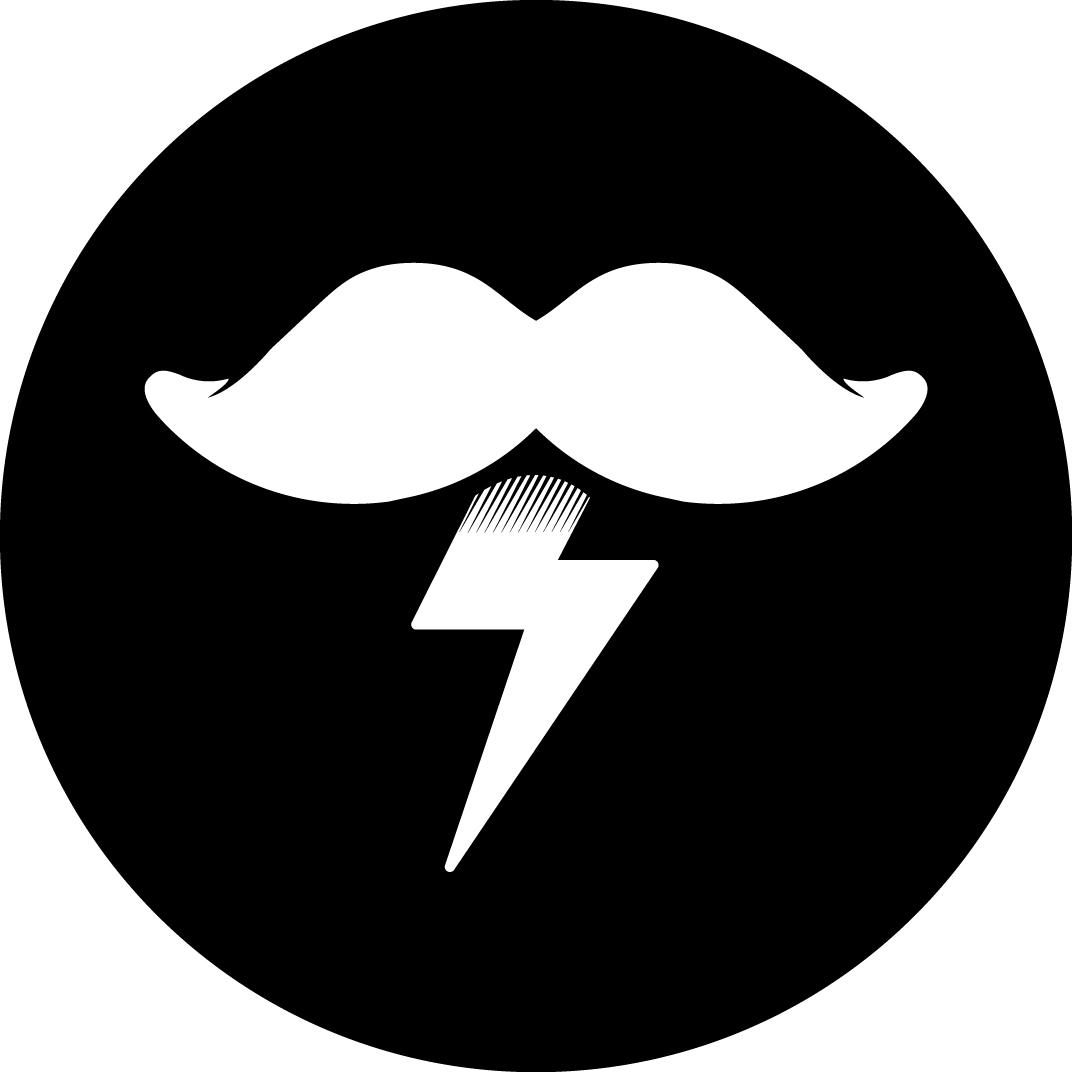 Below is the logo as it would show on the tee... 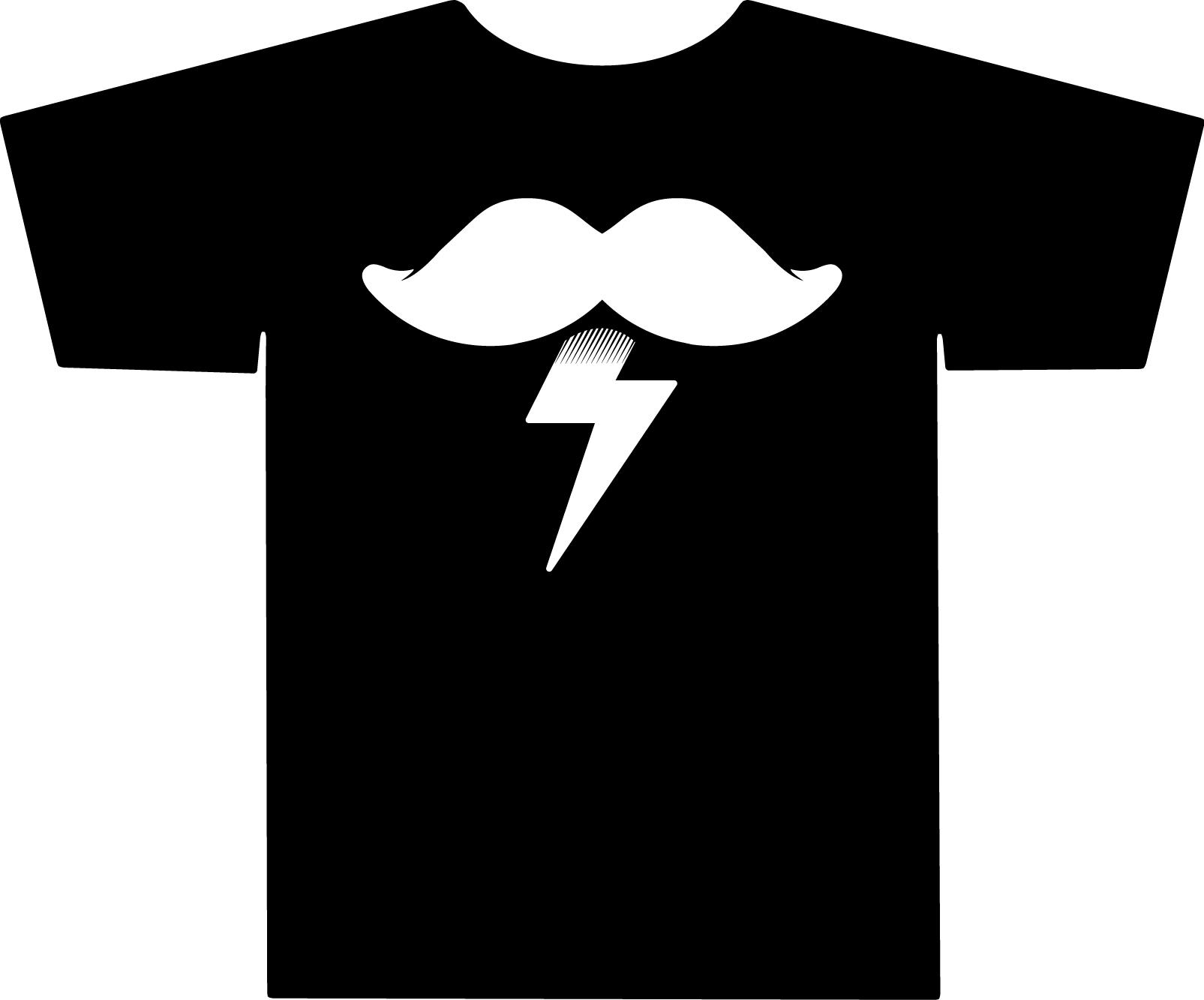 I have not experimented too much with the different colours, ( inspiration from Thieves and Honour who only print tees in black and white ) as i do like the boldness which can only sometimes be achieved by black and white. Below are extensions of the logo. The text i have used is a beautiful font called Solomon. A very simple font, Helvetica in some ways, but with nice detail available in some of the versions. I have kept the shadow as a running theme in all the designs, i feel it gives nice depth to the designs, and gives it an etched, almost old fashioned feel, which I believe really suits the brand. 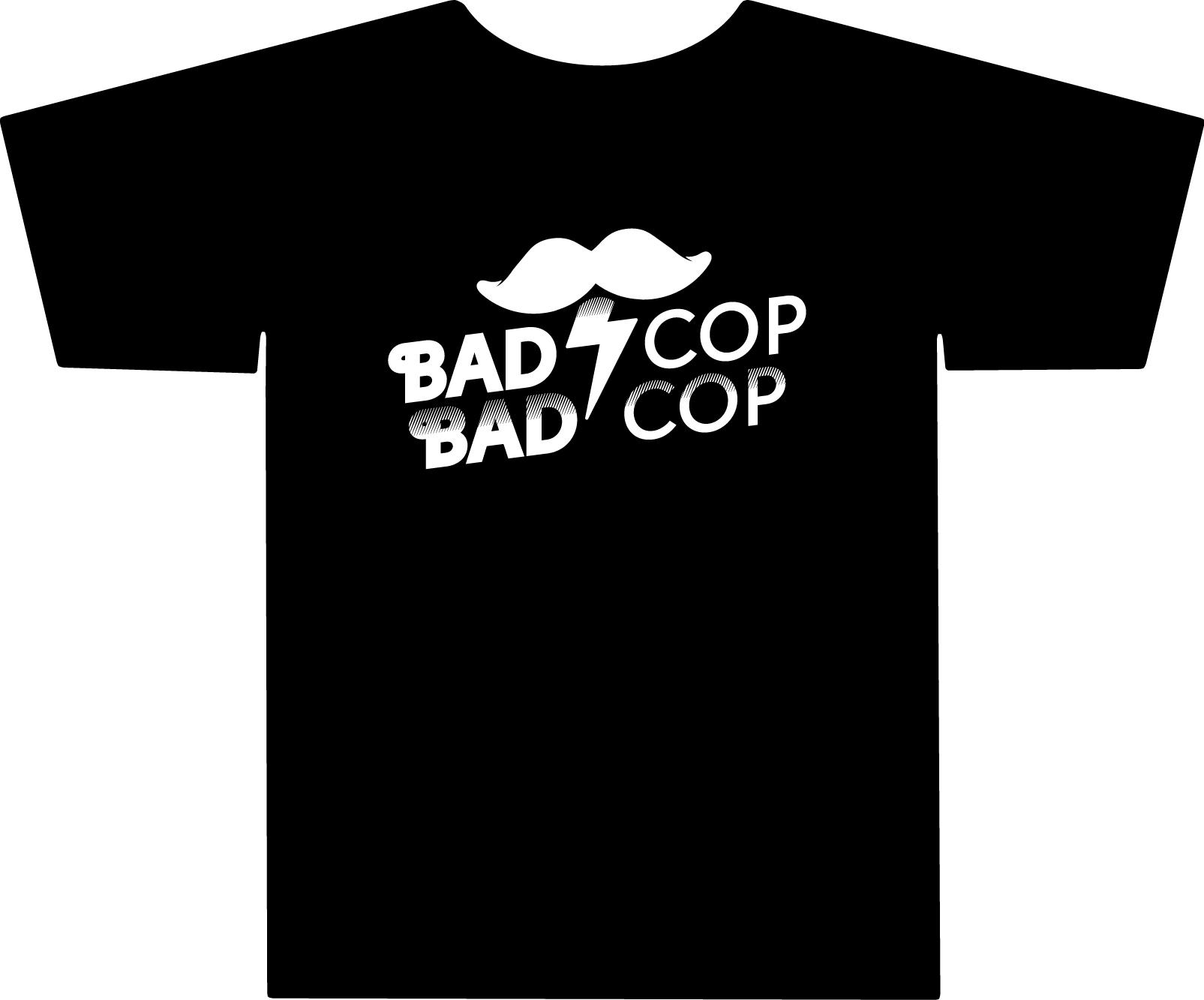 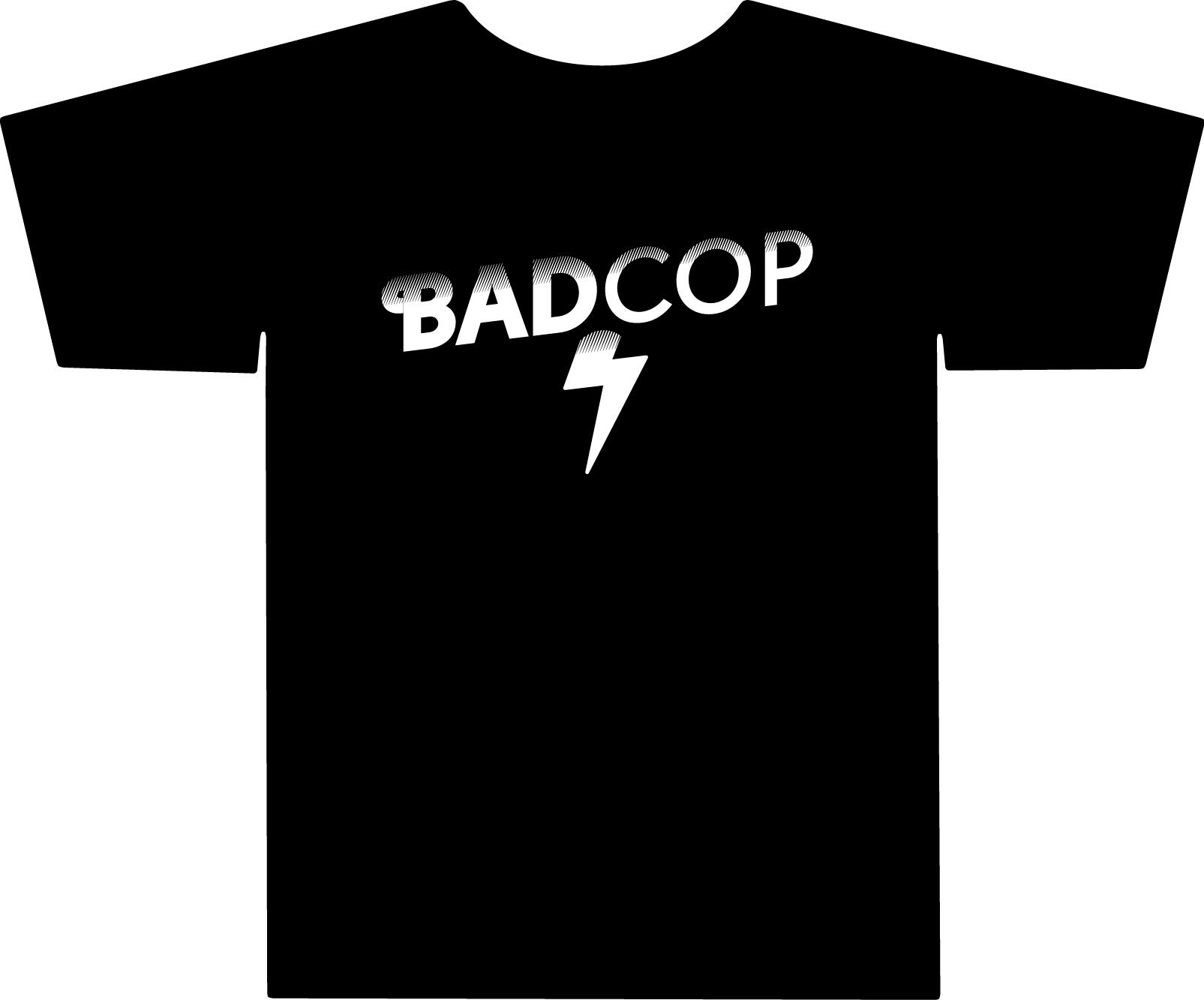 The below is a crest created around the lightning tache logo. Many brands use the term Established... then the year the company was launched. I've decided to try do something different and put the words 'beating up the wrong guy since 2011...." ( David Bowie fans will get this quote) to try and do something out with the norm. 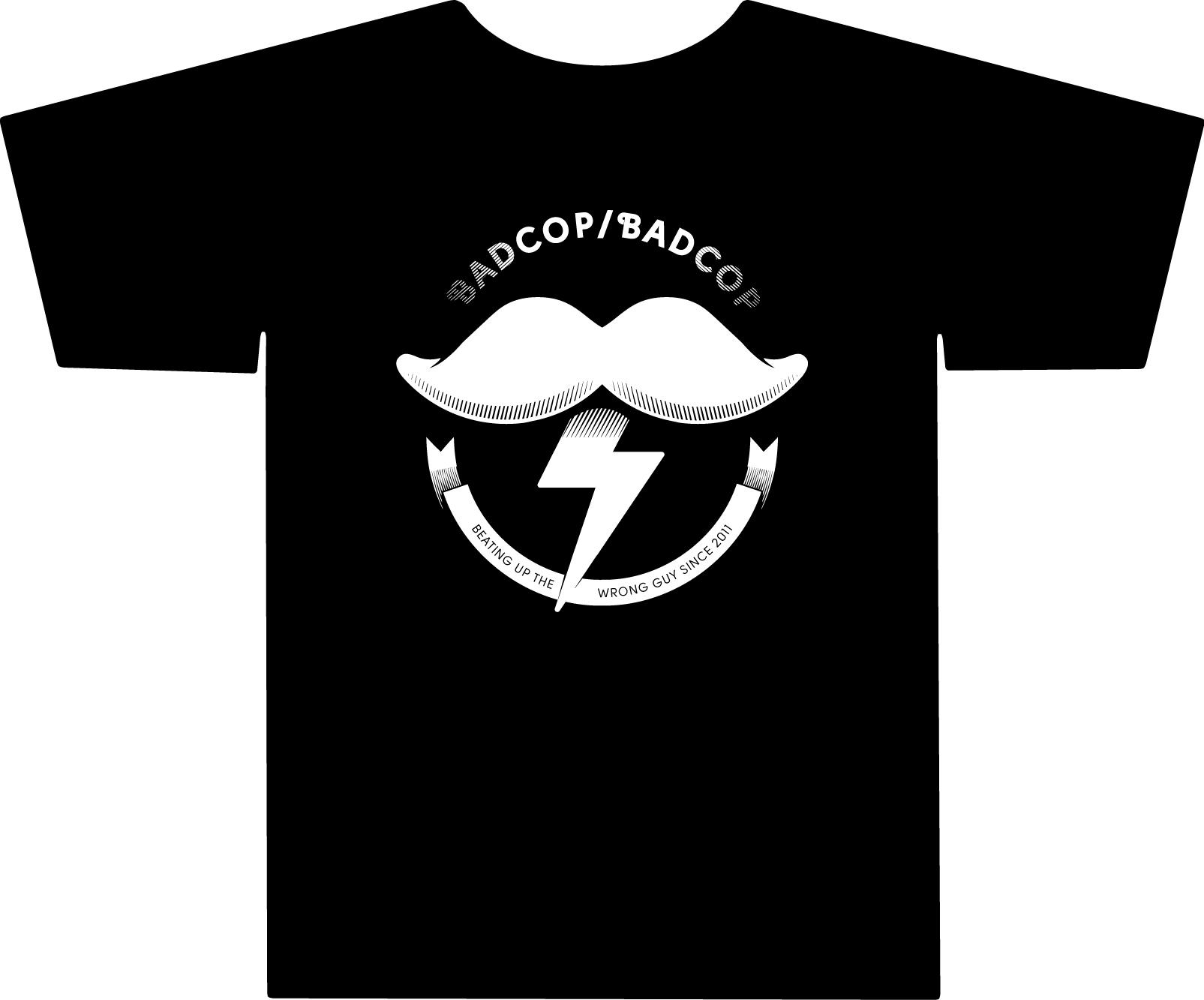 The below image is an extension of the moustache being a cloud. Future designs could incorporate rain, or a ray of sunshine... 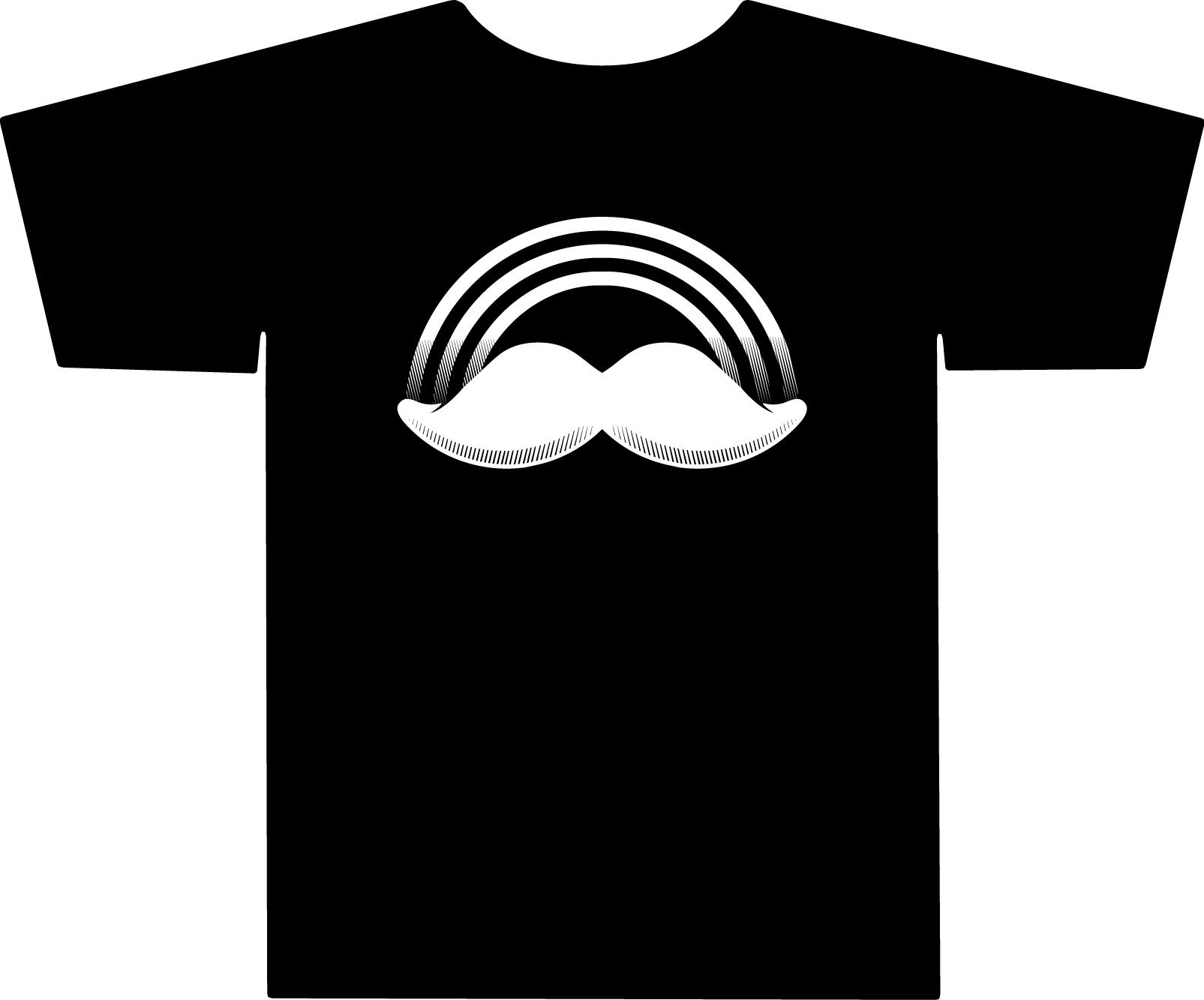 Below are examples of past printed designs, on tees and bags. 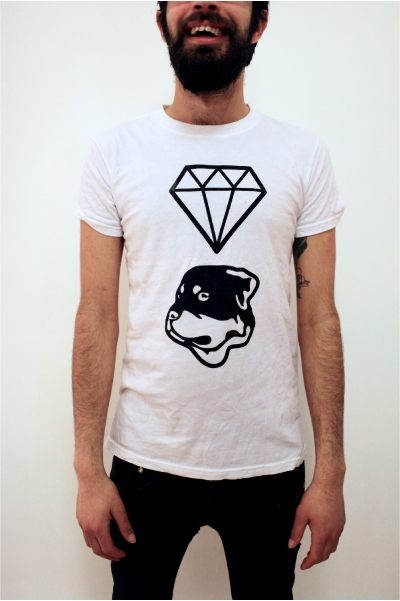 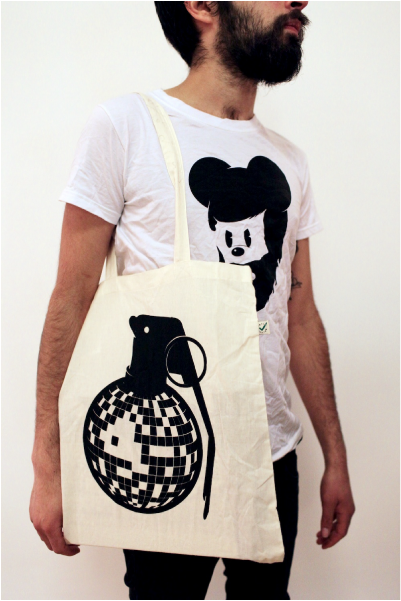 Thats pretty much the brand as i have so far, i have had pins, stickers and some prototype T-shirts printed , I'm quite happy with how they look, but here is definitely scope for more colour to be introduced.  When i saw this project available, i knew there was a great chance for some amazing feedback.

Please let me know what you think fellow tee enthusiasts...!