Hi, This is my first attempt at poster making.

Bryan Adams is a Canadian Singer Song writer, as per wikipedia. He is my absolute favorite and after decades of prayers finally I am in a town where he is going to perform this Summer. He wil be performing Pune India, a concrete city surrounded by hills. 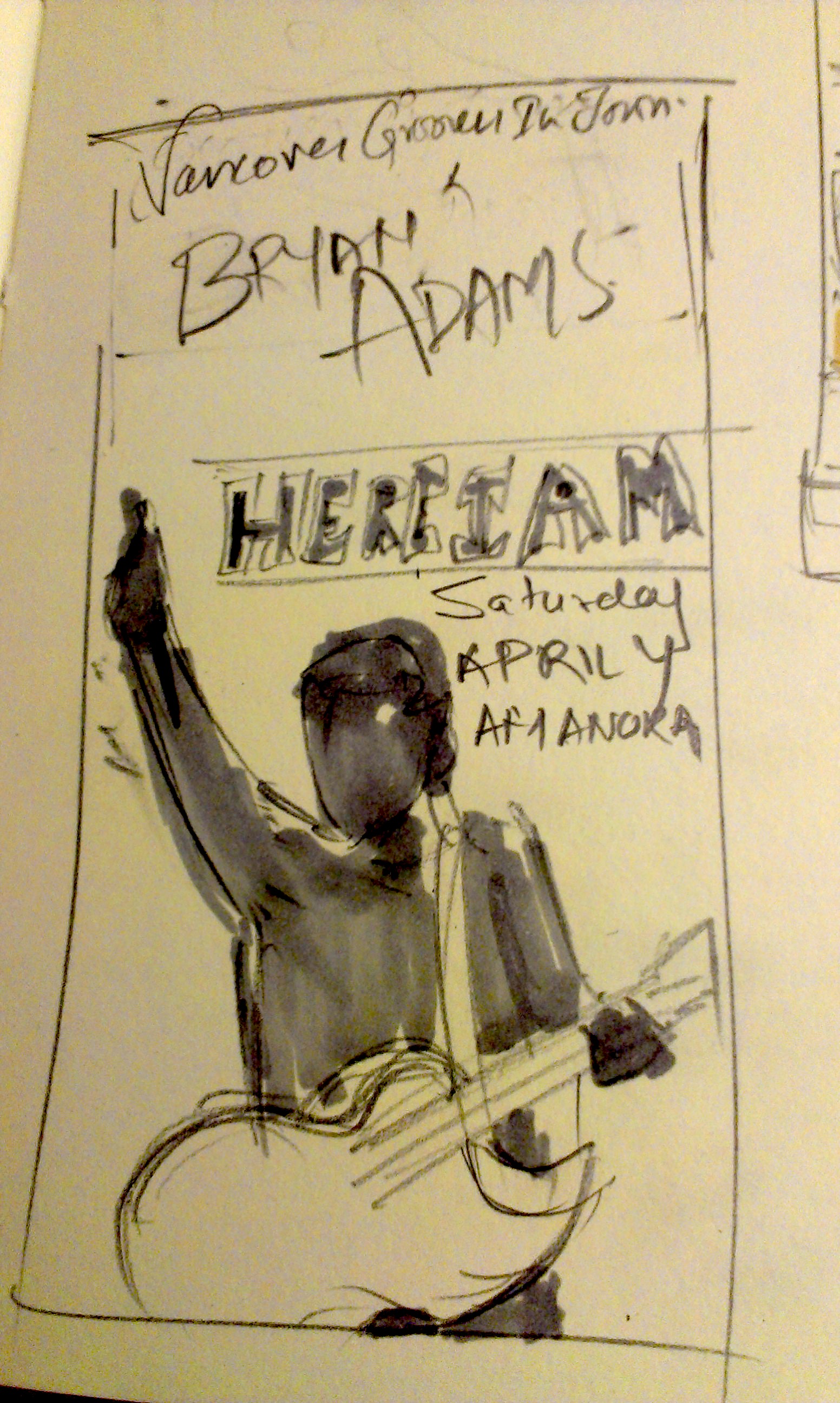 This is more to combine the concert venue (IT hub hilly town of India, PUNE) and Bryan adams guitar contouring the hills 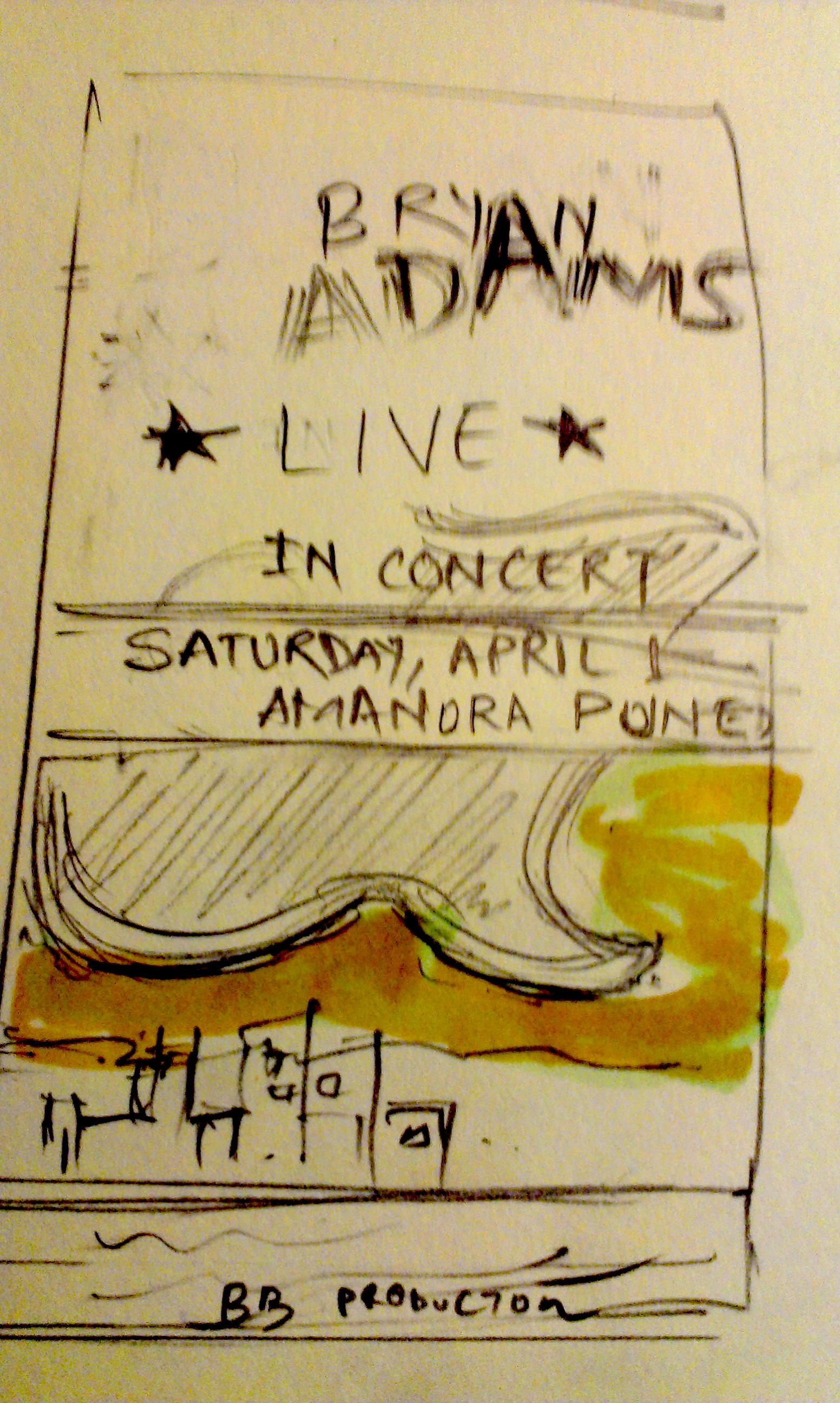 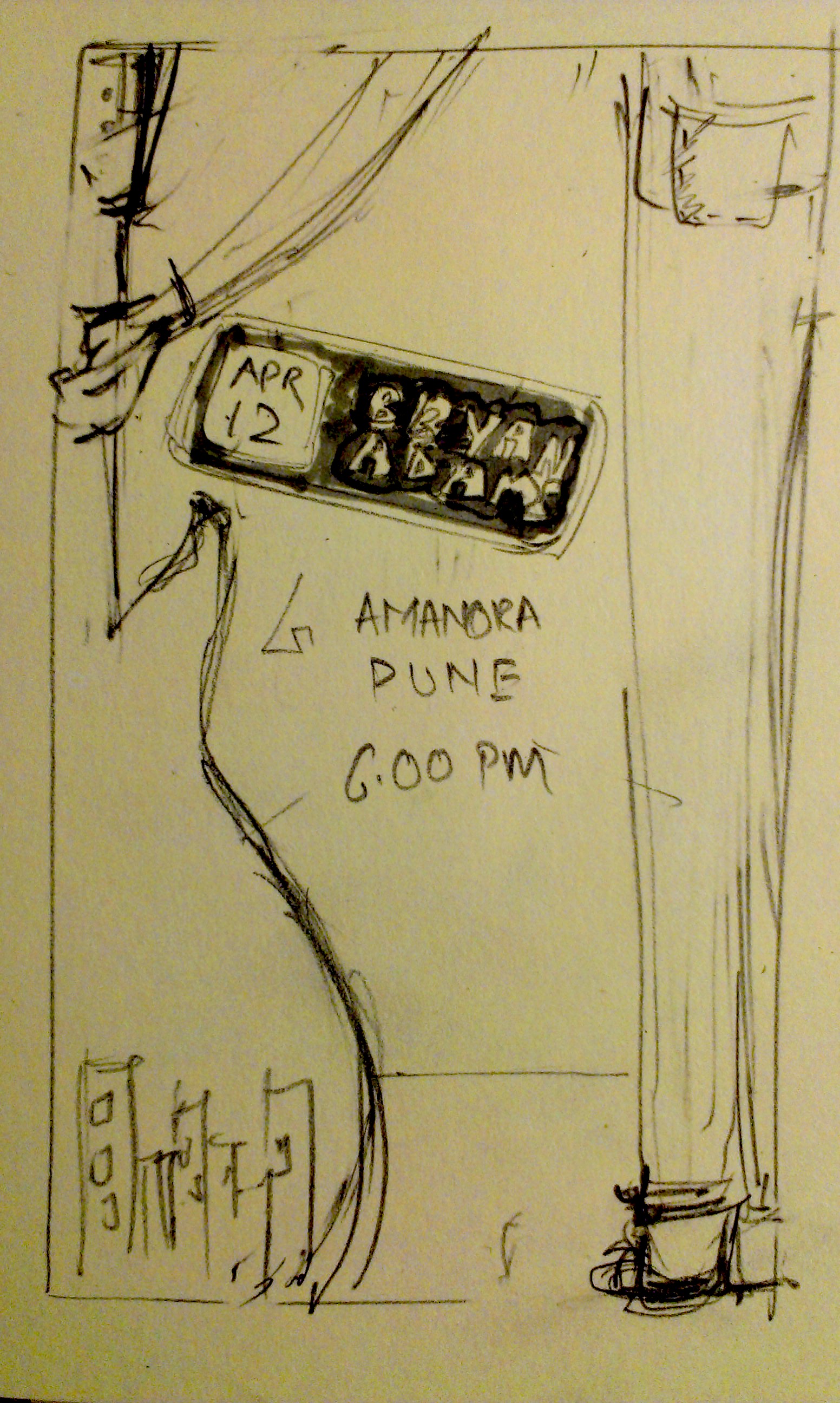 Concept 4 Summer Concert with memory of ne of themost famous overplayed and over used song. Everyone knows this song. Summer of 69 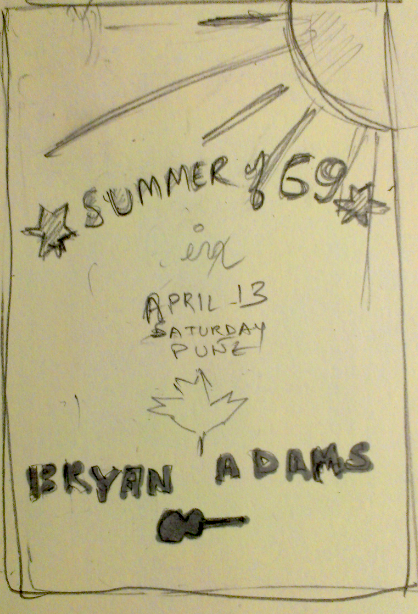 Iterations before the final one - 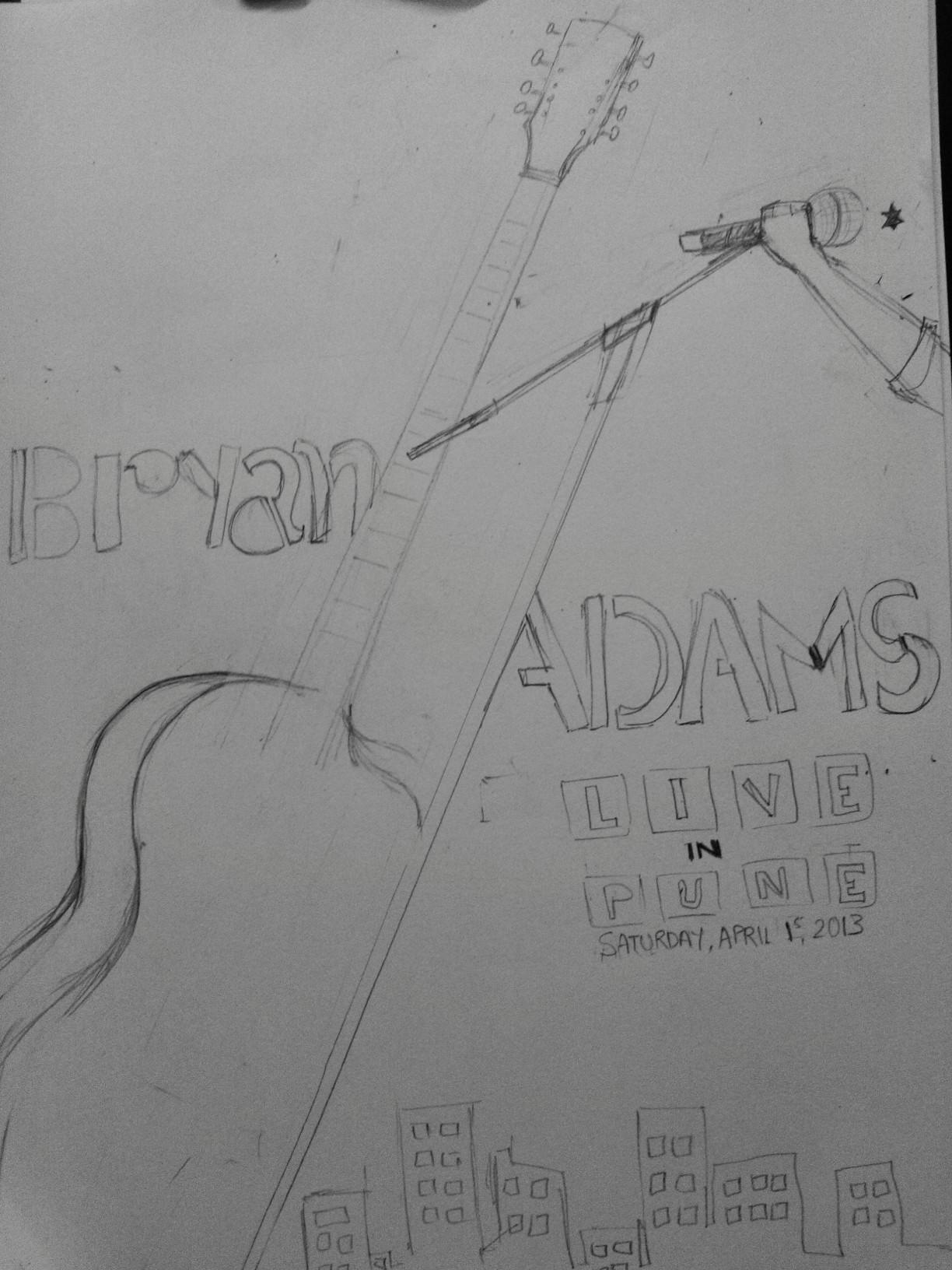 Final sketch of my poster which I will be taking ahead. I really wanted the essence of Adams voice t be captured in the poster which I felt was lacking in the previous attempts. 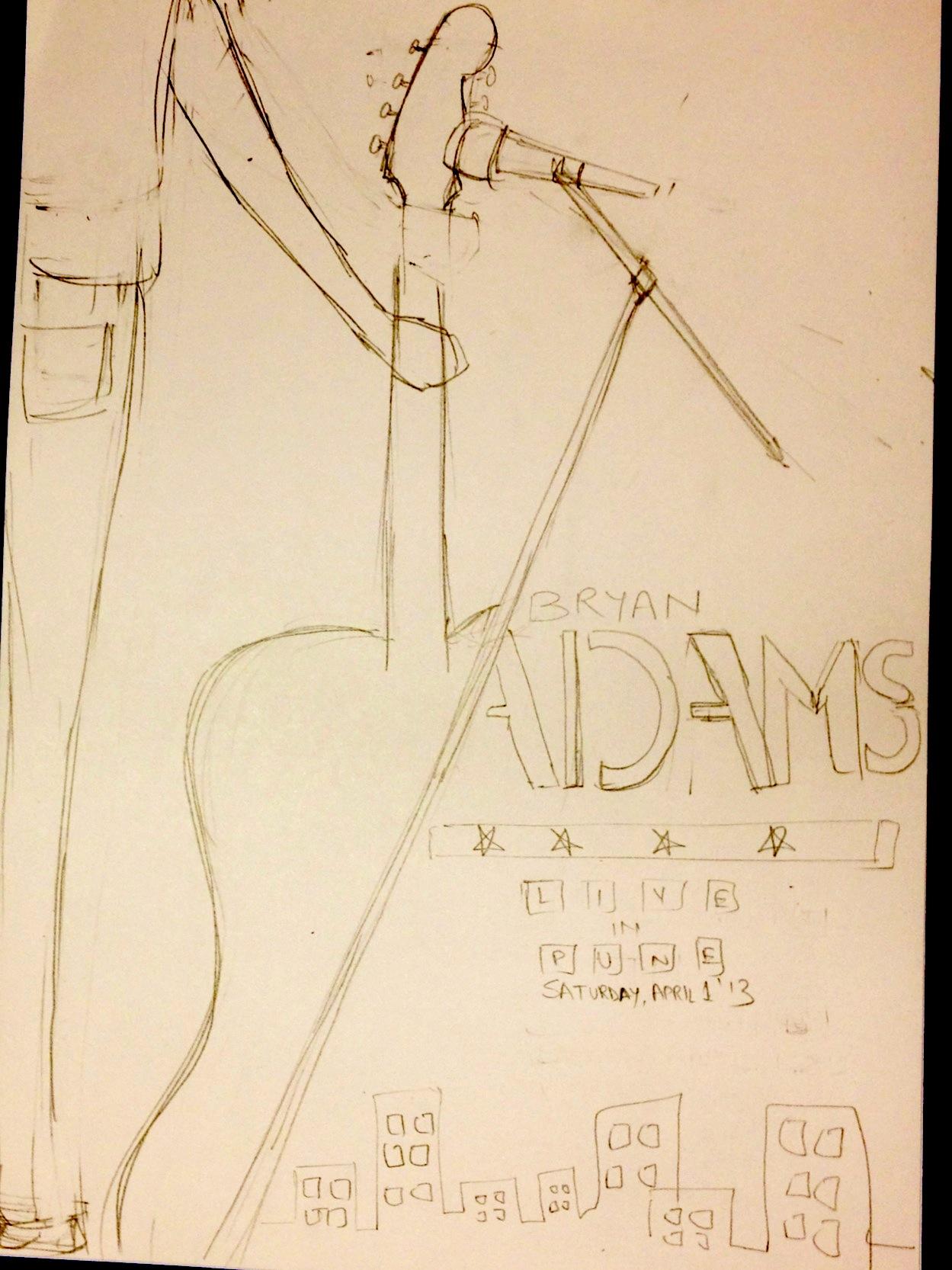