BECOME SUCCESSFUL IN A DAY

Everybody wants to become successful. I say, why not? It’s a really good thought to wish for success. But, the question is, HOW TO ACIEVE IT? Let us first understand how we perceive success. To simplify this, let’s break it down into two questions:

Say, for example, I decided to sit down to write this article. I set my self a deadline and finish within it. Now, I am successful in completing this task that I set for myself. That’s it, it is that simple. We tend to over think with the term SUCCESS. Anything, no matter however small it maybe, once a purpose is accomplished there is a success in it.

Now when it comes to measuring it, let’s first understand with whom we should measure our success.

My friend and I were talking the other day and I was telling him, “I just feel I haven’t achieved anything lately. I have no idea as to what I am doing and whether am I doing it right or not”. I basically ended up ranting to him about how jealous I feel of all the people who are doing great things and showcasing their successes in social media. To which he replied, you just keep doing what you feel good about and measure your success by comparing how much you accomplished in it from the previous day.

It’s then I realized well that’s it, all it takes is to remain persistent in whatever you do and the only person in this entire world with whom you should be comparing yourself is YOU. That’s how one should be measuring success. Especially in this modern era, where one gets to know about everyone and everything they do through ‘social media’, it becomes really overwhelming and feels a bit suffocating too. So, don’t bother, it’s not going to help, instead will cause more trouble only.

Each go through their own course of success, so bringing in a comparison with another person is going to be a complete waste of time. All it takes is to wake up and do something different than what you did the previous day. That’s how YOU BECOME SUCCESSFUL IN A DAY. This is exactly how one should perceive success.

Having a big penthouse or owning a costly car or becoming famous or having a million dollars in bank account; if that’s how one is to measure his/her success, then we are always going to under value ourselves and won’t be satisfied/happy with no matter whatever we do or have in our lives. Measuring our progress and embracing the success each day is how we can actually be successful throughout our lives.

We would have come across this quite a lot of times - “practice what you preach”. I am exactly trying to follow that now and the very specific reason to write this was, so that, I could also work on perceiving my success the same way I have written about it above along with you all.

So, I would like to conclude by quoting a line from one of my favorite movies- 3 IDIOTS

Well said, isn’t it? Just keep doing whatever interests you and do it better step by step, success will follow every day as you keep getting better at it. 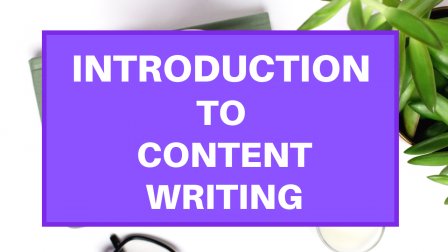