Hello! I decided to work with animals for these badges; I would like to make them for myself moreso than for any particular reason (though it'll go into my portfolio).  I hope to learn a lot from this class :)

At first I just listed off animals: some that I like, that are interesting, that are extinct, mytholgical, etc.  I thought about making badges of some animals I really like, but I feel like it may be better to have a certain group or have a similar theme with them.  So I thought maybe sea creatures, animals from the savanna, or endangered animals. 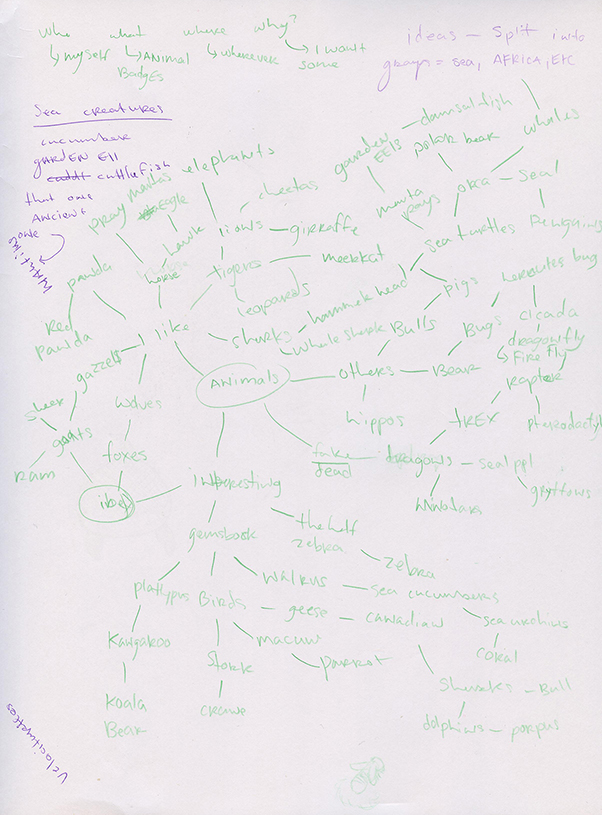 Then I decided to work on some of those themes: 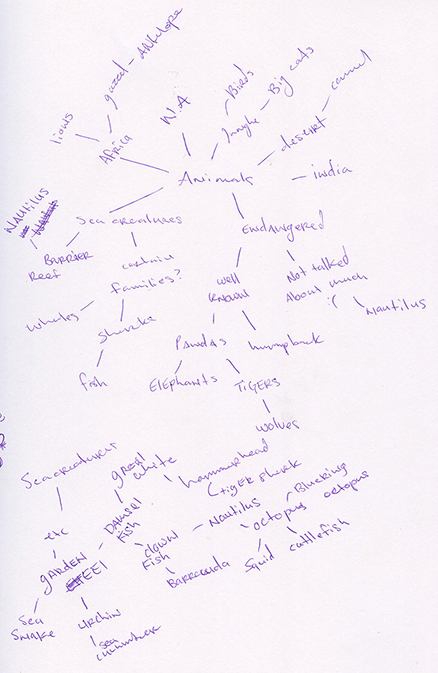 Some animals fit in more than one section (particularly the nautilus), and there were some sections I made just because I would like to work with those animals.  I am torn between endangered animals that don't get that much attention (people go on and on about certain species, but there are others out there that hardly get any attention, and don't have any protection!  I would like to make badages in an attempt to shed some light on them.) and between sea creatures I've seen myself (I used to scuba dive  in Okinawa) that mean something to me.

So!  I went to sketch some.  I still need to sketch a bit more to figure out where and what animals I would really like to do.  I also need to create a set for the two themes I'm torn between, so I can attempt to work on getting some of the animals drawn and to know if they'll be part of the badges or not... 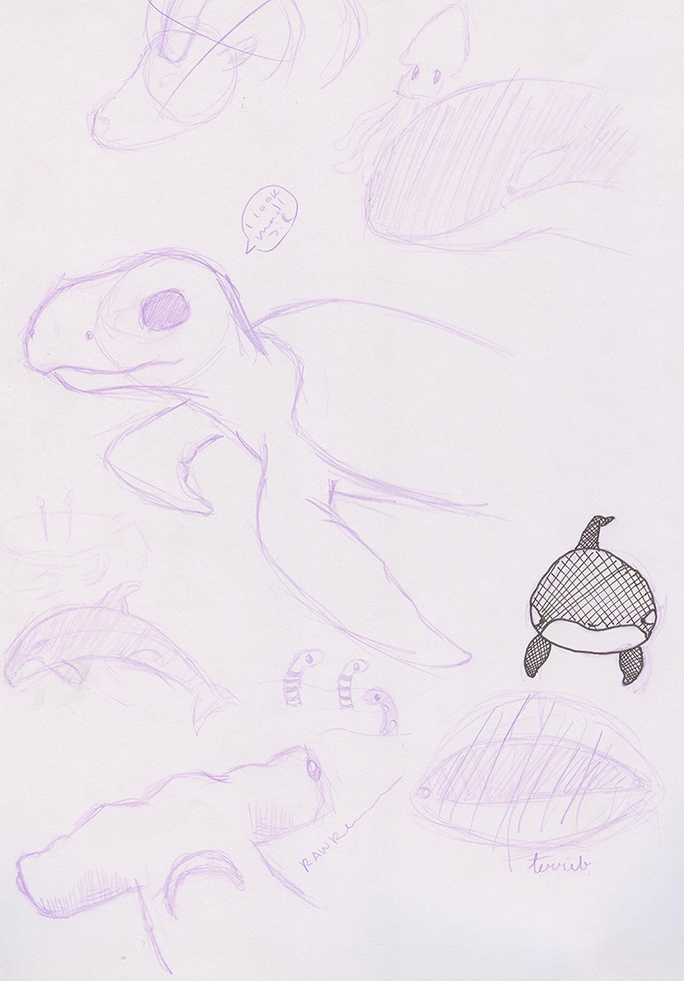 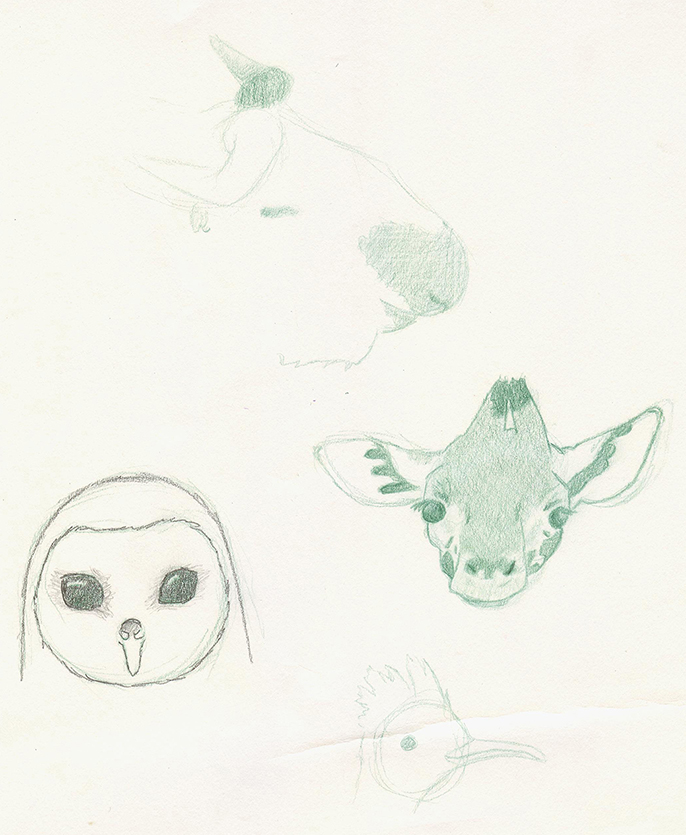 And here I've sketched a Takin (very lightly, and simplisticly, a giraffe, an owl, and a roadrunner.  I feel a bit off topic from the themes I'm looking to work with here, but I figure it is better to get the sketches out whether or not they'll be part of the final badges (especially since our resources say it is good to do!).

--------::  I plan on sketching a lot more as I can; I'm finishing up classes so I'll probably be caught up with that before I can really get started with the badges!  But I look forward to developing my ideas further, and I hope I can get my badges to turn out as nice as many others! :)