I thought I'd use this project to pretend I was redesigning their sign at the front of their store.

I started off using Bebas Neue Regular to write out the logo.

On the word Avonsleigh, I used a warp effect and gave each of the letters a radius, to take off the sharp corners.

For the words General Store I gave each letter a radius and I used tracking to space the letters out, so each row was an equal size.

It's not the most exciting thing I've ever designed, but here's an example of how the font can be used.

Thanks, Jon for another great tutorial. I learnt tons. 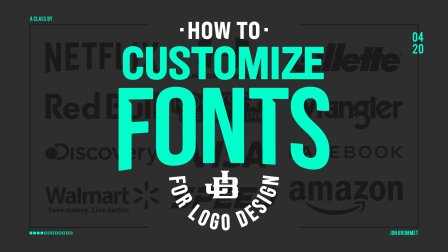 How To Customize Fonts For Logo Design
Jon Brommet