I started thinking about ideas on two tracks, one would be person or place based another idea based. The former moved towards Chinese fairy tale characters such as the monkey king or Chicago neighborhoods while the later were things like fears and typographic categories. To narrow down some of the ideas below, (insert two mind maps) I came up with two requirements, one it had to have some levity and it also had to be relevant in some way to me. 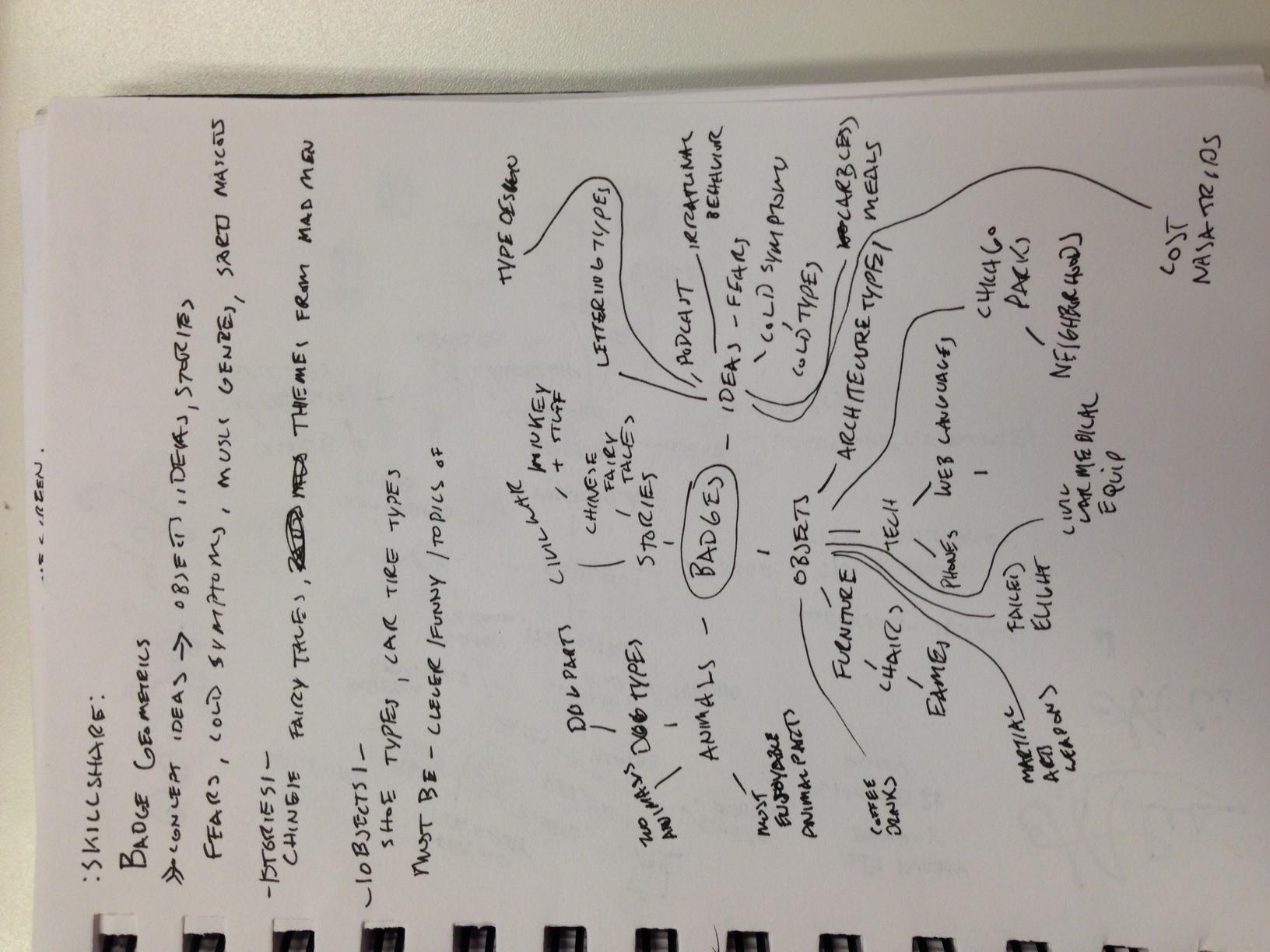 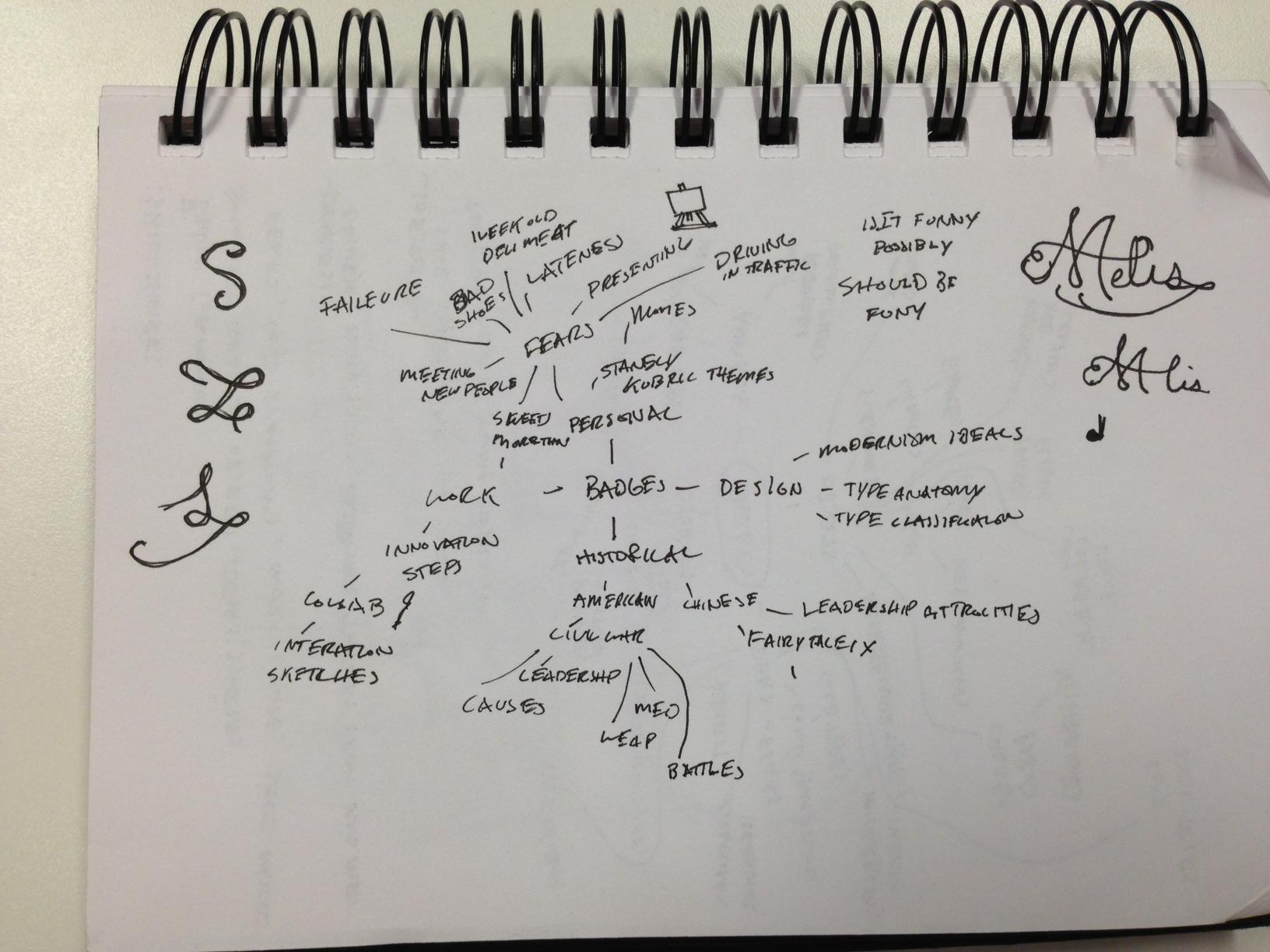 Based on the constraints of relevant, light (not to mention a conversation I had while getting stuck on a delayed train) I went towards the idea concept more, at the start it was on my fear of being delayed to work or anywhere. Narrowing it further while also maintaining some levity I went towards things I had aversions toward which range from sort of silly to downright irrational. Below are some of my initial thoughts:

Below are some initial sketches 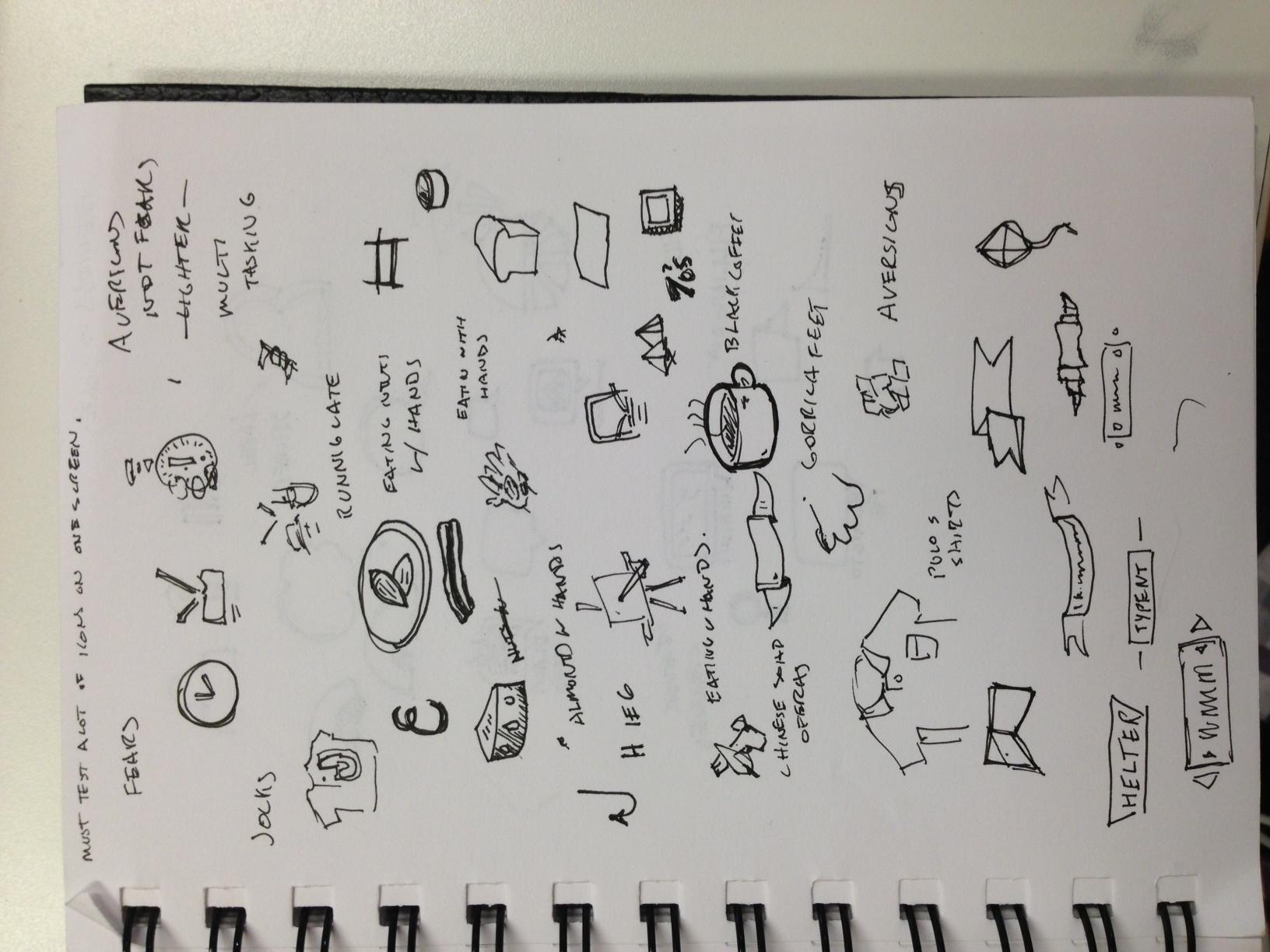 Sketches for shapes of outer badge 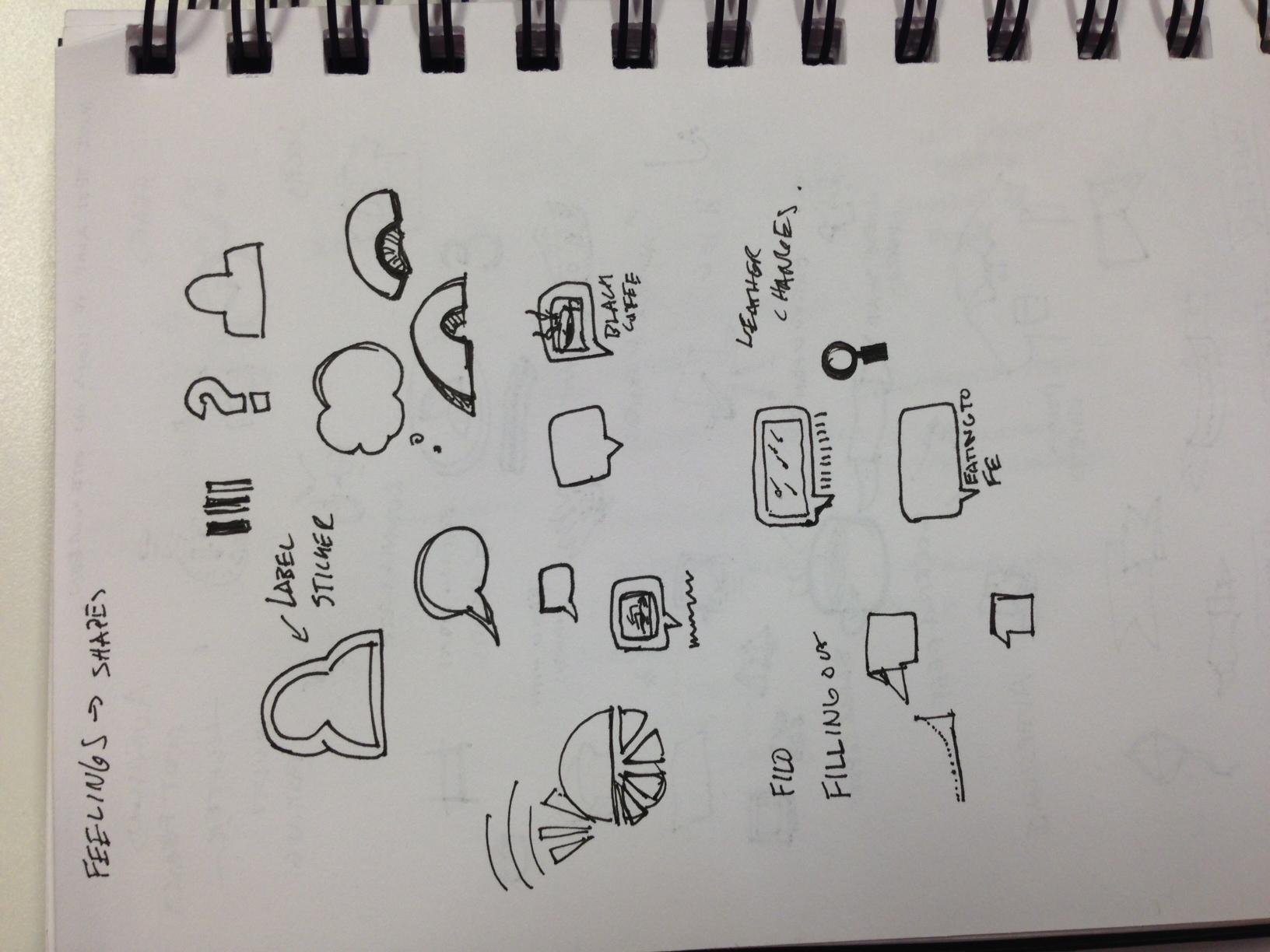 And some of my inspirtation I like the ability to have a variety of shapes while maintain a cohesive look and feel.