Though I'm not sure what my final project will be, I do know it will likely turn out quite personal. My favorite maps are those that make plain the truth (that no map is objective) and run with it!

I'm originally from Hawaii, and have spent half my life there and the other half in New York. I'm a beginning farmer, and so have vested interest in how the physical world is oriented and navigated (figuring out how to move that soil to that new bed, that lumber to that plot, etc.) With that sort of background, I suppose I'm not surprised to be so interested in relationships of space/memory/geography. (My map-obsessed board on Pinterest here)

I currently work for an organization called the Greenhorns. One of the latest project launched is called Serve Your Country Food. Its goal is to visually represent the young farmers' movement in the US (in terms of land use, access to resources, etc.) 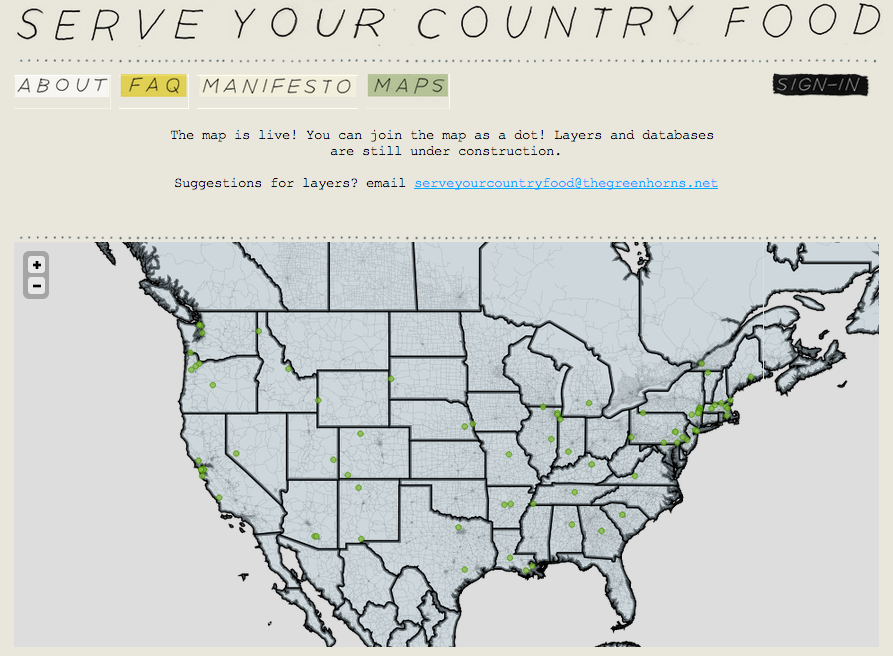 A favorite sort of map I'd like to share are Polynesian navigational charts, sometimes called 'stick maps.' Polynesian voyagers populated remote islands vast distances from one another centuries before the astrolabe or compass. Instead, wave patterns, ocean and wind currents, stars, and surrounding wildlife are used as reference points. (More on the art of 'wayfinding' by anthropologist Wade Davis here) Physical navigation was communicated using instructional diagrams like these 'stick maps,' which depict directions of wind and waves and locations of islands: 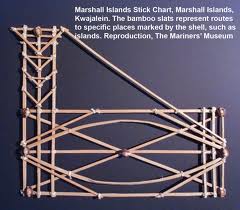 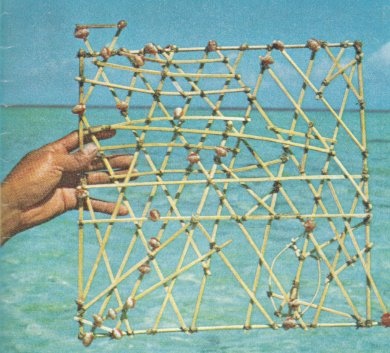 These maps were not used on board voyaging canoes, but as learning materials on shore. I think they make a very cool comment on how space information is communicated and how maps can often exist without a written language.

On a somewhat related note, I've just returned from a trip home to Hawaii and have the worst jet lag I've experienced ever. I have been awake for two days.

Here, the only places that matter to me in NYC right now: 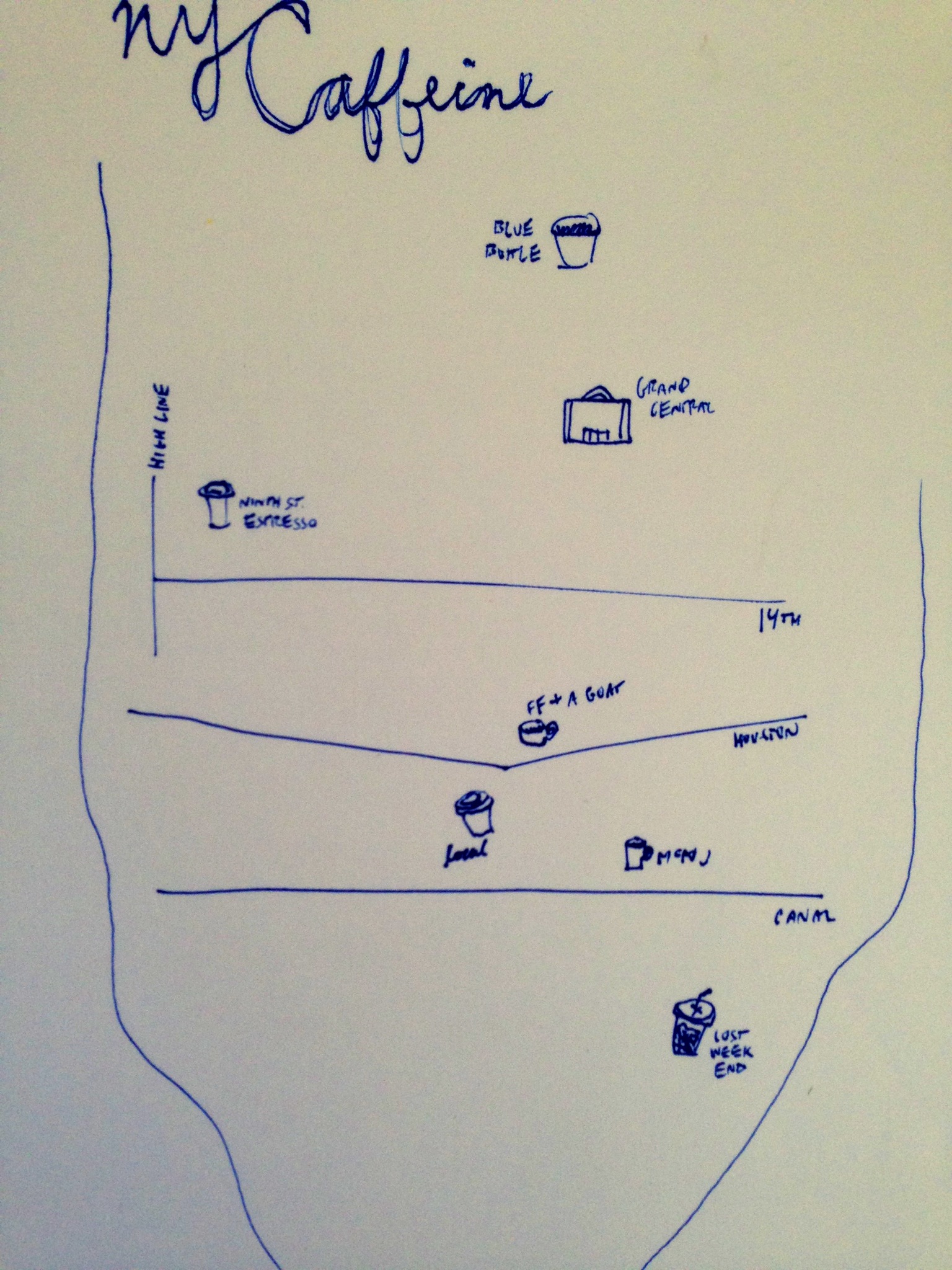 Also, here is a quick map of my home. Scale: how much time I spend in each space. 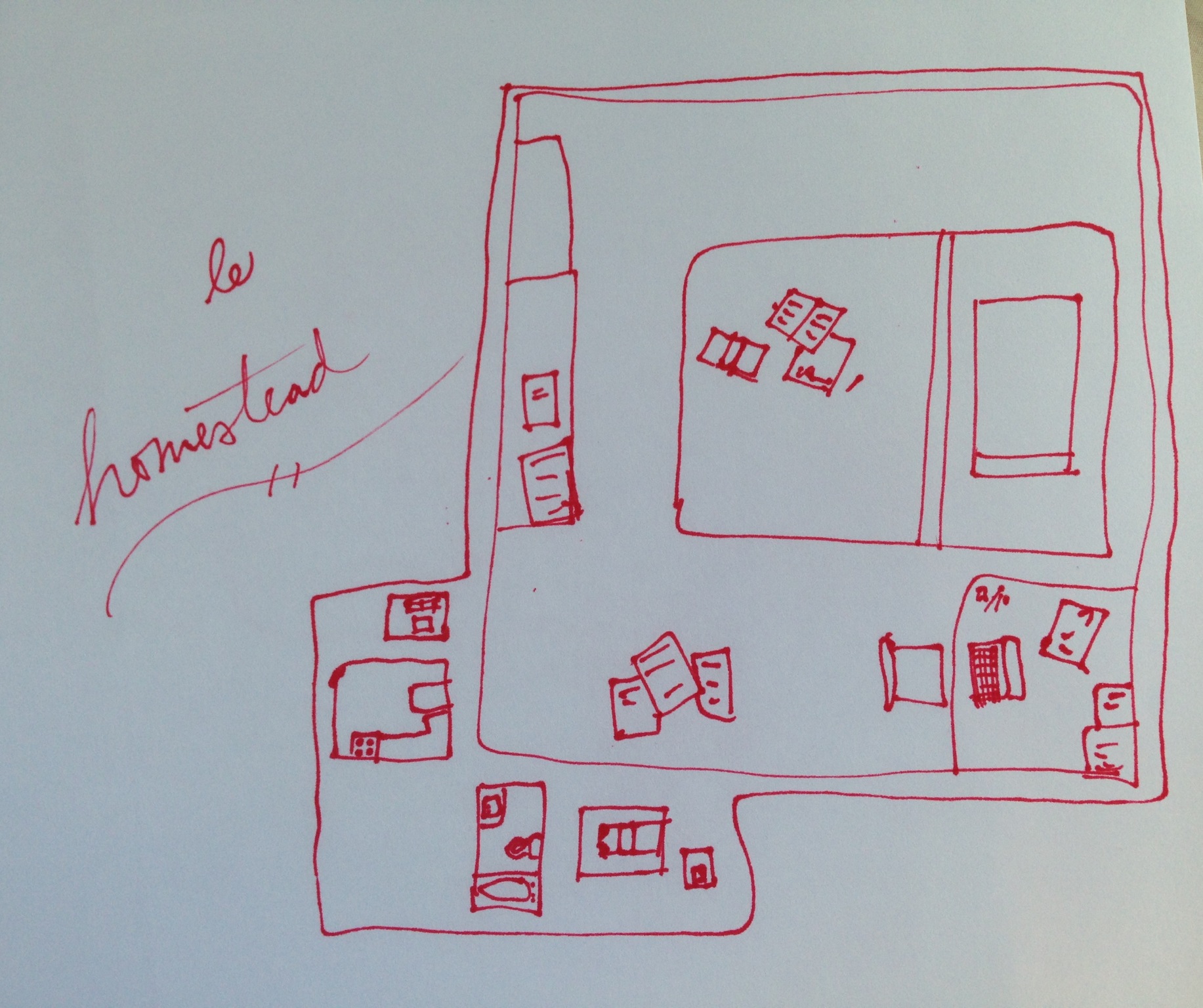