Attempt 001 at being SUPER

Added a pattern on the leggings because she looked like she wasn't wearing anithing. LOLz 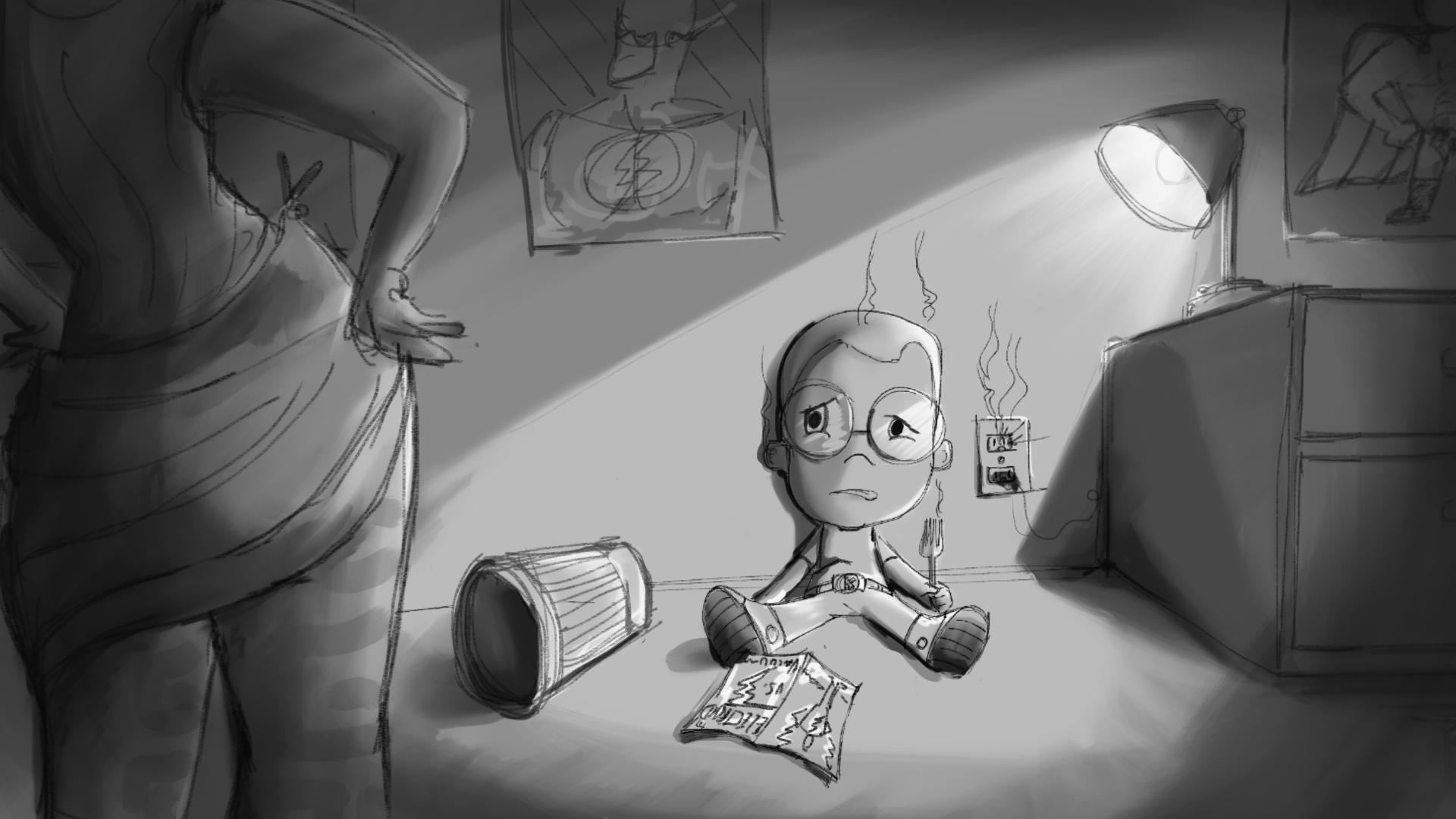 Addressed changes from the feedback and added values to the image. Thanks for all the great feedback!

A note on the mom's behaviour: Rather than being shocked by her son's actions, she is somewhat used to it by now so she reacts more by getting angry and scolding the boy. 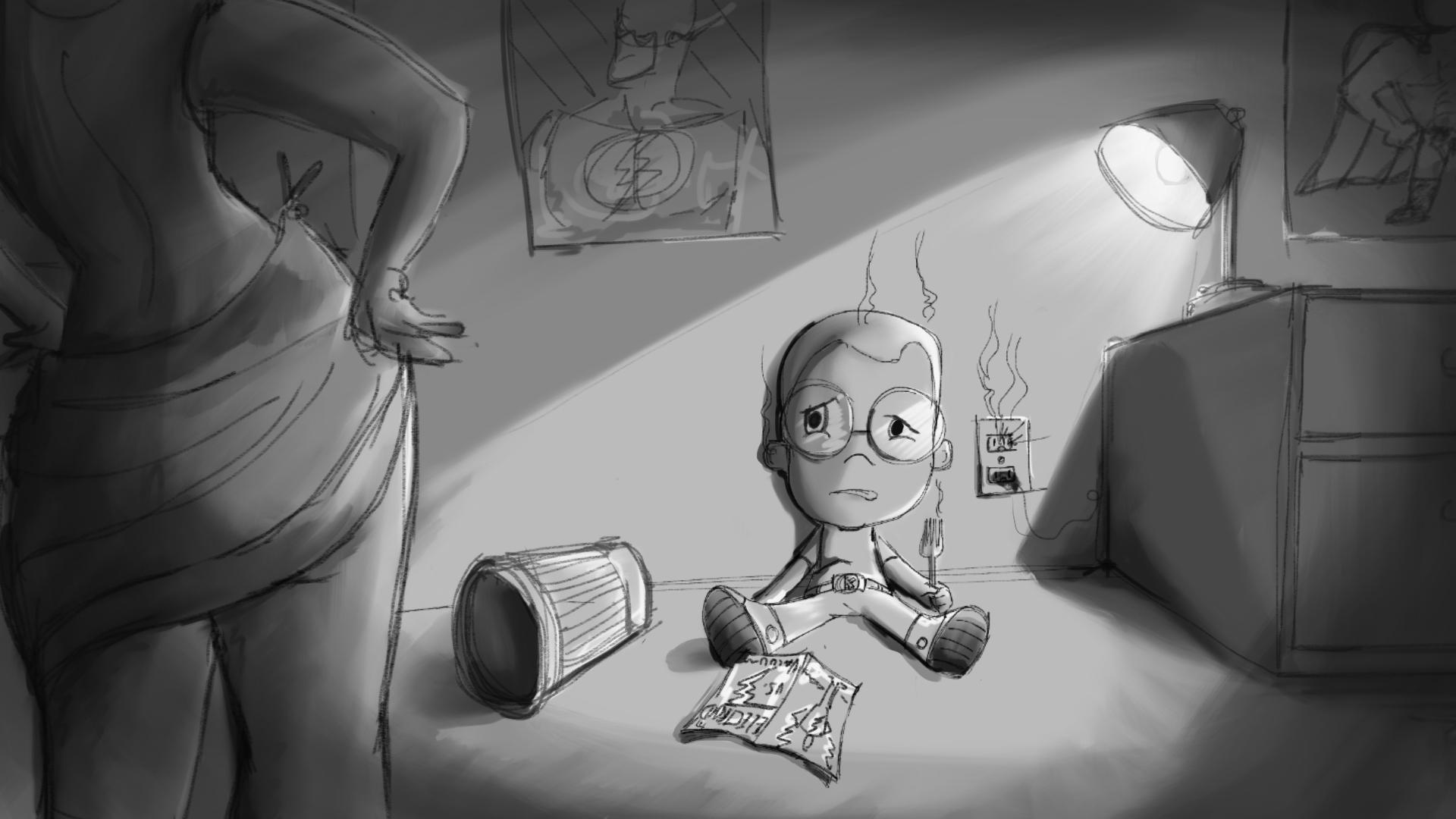 This is my initial sketch. Now I'm going to add value to the drawing but, I thought I could post the sketch first because it is easier to make changes at this stage.

A bit of the background story. This little guy really like his superhero comics to the point that he is determined to try crazy things to become one. His mom, trying to protect him from getting hurt, has become the villain in his eyes. Of course, she is not always there to stop him. And that is how we get to my image. 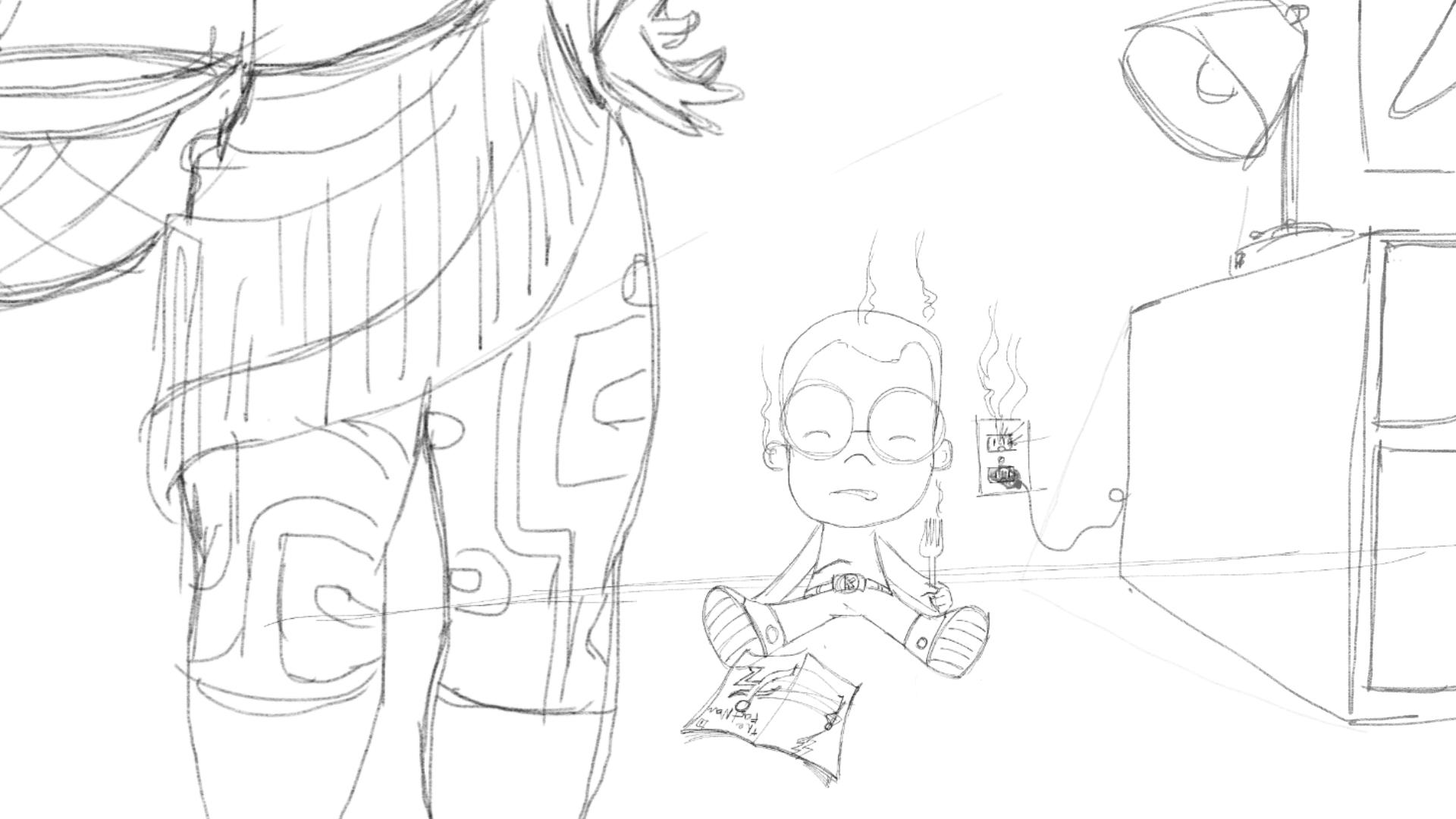 I’m trying to make him the point of focus (especially the area around his head the fork and the power outlet) by having as much lines as possible pointing to that area, like the drawer, the lamp, the comic book and the mom’s fingers. I will try to separate more the planes with value. The mom will have less light. Most of the light will come from the desk lamp which will put him inside a sharp triangular shape to support the danger of his actions.

Let me know what you guys think.