Basic details of your character:

Role: What role is my character playing?

Name of character: Astryal. Before he was called Astryal, he was Novax. Astalor saved Novax’s life, made him an Imbued, and so he is now Astryal.

What is their social status: lower class (not exactly poor but not “comfortable” either)

Employment status: works when he needs money or when he is guided by his deity Astalor

What is their job? rambler/mercenary/odd jobs or work on behalf of Astalor

Do they enjoy their job? If so why? If not, what don’t they like about their job? What is their ambition?

Astryal enjoys the freedom, the (sometimes) good payments, the traveling, and some of the people he has met. He also enjoys pleasing Astalor .Sometimes he enjoys the solitude, but sometimes he is trying to ignore the feeling of loneliness. He is young and doesn’t have much ambition other than to please Astalor. He doubts he will ever have a family because of his work. He does hope to have the money to buy a little cabin and start a small farm one day in a beautiful area of Luma he visited once for a job.

Where does your character live? Why do they choose to live there?

Astryal no longer has a steady home. He comes from a village that was once greatly damaged in a raid, but is recovering. However, after the death of his parents and the betrayal of his brother, he has committed himself to a life of traveling and working. He mostly sleeps in inns, barns, and wherever he is offered refuge. Sometimes his work for Astalor brings him to fancier places when it involves politicians.

Scar: The rune on his chest and a small scar on his forehead above his left eye

Tattoos: a sword on his lower arm to indicate his job, a lynx head on his upper arm

Favourite jewellery: Medallion of Astalor cast from a great blacksmith, made of onyx, ruby, and black steel

“I don’t necessarily think about my looks that often.. I guess I just look like a regular person. I don’t really want people to pay that much attention to me unless it’s for a job, so I cover up. I feel like I look better in dark clothing. I know that I have a muscular body and that makes me feel good, but I don’t necessarily feel confident about it. I don’t really like my hands, because they always seem dirty and my fingers are stubby.”

What is your character’s goal? What are they trying to achieve in your story?

Astryal is always trying to prove that he is worth something, because he doesn’t quite believe it himself. His initial goals are to stay in Astalor’s good favor and find the famed blacksmith that can create him a mighty Imbued sword. A part of him that he tries to keep quiet also wants to find someone to love. Eventually, he has to try and destroy a powerful wizard group that is trying to harvest the powers of the Imbued, and in doing so save the girl he has fallen in love with.

What motivates them to keep trying to achieve their goals even when they fail?

Astryal is ultimately motivated by the desire to be worthy, loved and safe, and will do whatever it takes to achieve that.

What is their internal conflict?

The desire to find love but keeps everyone at a distance

Latching blindly and fully onto a girl once he makes a connection (fear of it being his only chance, insecurity)

He doesn’t feel that he is worth anything to anyone except taking care of whatever they need taken care of.

What is your character’s external conflict? The majority of the story will be Astryal fighting the powerful wizard group that is attempting to harvest the Imbued. His life is no longer aimless rambling and errand running, but is now a fight for survival.

If there is a romance planned, what is your character’s romantic conflict?

Astryal has never had a girlfriend but a part of him desperately wants to find love. He tries hard to squash that desire. He has had a few hookups but kind of just quit bothering with the types of women he tends to come across. Everyone else just feels out of reach. So he just has been focusing on living day to day. That is an obstacle to meeting someone because he chooses isolation and quiet, and lacks the confidence in himself to “see what’s out there”.

When he finally meets the girl, they seem to quickly fall for each other. He is definitely head over heels, and for the first time ever is terrified of losing someone. He would do anything to protect her, and does indeed complete an insanely dangerous act in order to save her life. A problem here is that he falls hard and fast for her in the middle of a crisis. He basically gives 100% of himself so quickly, and will end up with a bitter heart near the end of the book because of it.

Describe your character’s greatest fear? What will they do anything to avoid?

Their greatest fear is to be found completely unworthy by everyone. He tries to avoid this by constantly trying to prove his worth in his deeds and also by burying his desires for human connections.

What makes your character likeable to other characters?

He never thinks about it, but he has a beautiful smile. He is polite and empathetic unlike many people with jobs like his. His shyness and awkwardness are endearing to many. He’s also a dependable and solid guy, however, and has proven himself time and time again to measure up to the highest of standards in fighting, agility, and critical thinking.

Have your character tell you something important about themselves. This could be their most embarrassing moment and how this affected them. Let them speak through you and tell you what is important to them.

“If you need something serious taken care of, I am the one to do it. Yeah, I need the money to survive, but really I just like being useful and strong. I used to just be a farmer’s son, and then I was Artix’s stupid, puny brother. But now I’m the guy you call when you need help. With Astalor’s blessing and my Imbuement, I am able to summon powers and strength that I have found no competition for. I’m no brute, however. I’m a man of my word, and I’ll treat you with respect and kindness. I’m shy at first, but when I can tell that you’re good people, I’ll warm up to you. We might share supper and beers, tell our stories, and become friends. Never mistake my kindness for weakness, though. I expect equal respect from you. Yeah, I travel around a lot. I genuinely love it; I’ve seen the most beautiful sights and met the most interesting people. A woman? Nah, I mean, I don’t really have the time or space for that kind of thing. What kind of woman would want a guy like me anyways (haha)? Dirty, rough hands, questionable employment, awkward, and homeless? Nah, I’m just doing what I want to do while I’m young and can do it. I’ll worry about that stuff later. Or maybe I’ll never have to worry about it; maybe I’ll be a lone wolf forever. Who knows? I’ll tell you, you only have to be laughed out of a bedroom by a girl for your lack of refinement one time before you decides that’s enough to last you a while. I guess all I can hope for the future is that I do not piss off Astalor enough for him to kill me, and that eventually I can get myself a little cabin in the hilly plains of Luma.” 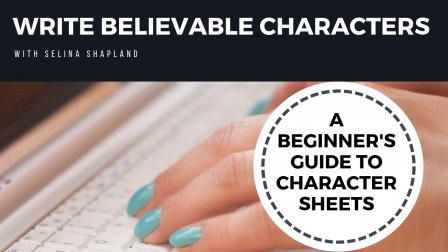