1) Describe the Idea behind your Novel. Give us a summary in one sentence.

My idea for my Novel is about two Sisters who survivor serial killer, But most of they friends died and left them to pick up the piece of their life. One sister is in Mental health facility and other sister in going to college. Trying to put the pass behind her but went Kids are show up dead on her campus and Matching the same serial killer that take so many life before she stop him. But the police never found the body and She is left to wonder is he really died or is he alive. Is her sister safe?

2) Explain Where your idea come from

My Idea come from Riley Sager Final girls is about book about girl Name Quincy who friend were killed in  cabin by serial killer. The serial kill has this Obsession with Quincy its one reason why she survived and the fact that she could remember what happen. 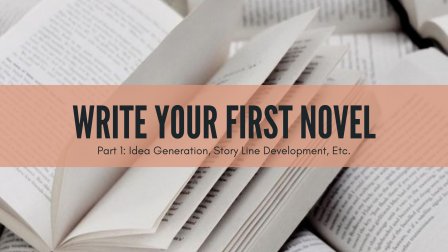