Sarah Loecker is a fine arts artist based in Graz, Austria. Raised in Niagara Falls, New York in the US she is was confronted by the juxtaposition between urban environments and the wild beauty of the natural world. Dreaming of becoming a doctor, she was just finishing her bachelor’s degree in pre-medicine in the northwest when she met her Austrian husband. After a short stint of laboratory work Sarah and her husband moved permanently to Austria.

Coming from an artistic family Sarah decided to try her hand at painting shortly after the birth of her son and has never looked back. Her love of the wildness of nature and background in biology directly influence her choice of subject matter. Not having studied art at university, she has participated in numerous botanical illustration seminars as well as taking online natural history illustration courses.

Having exhibited in a variety of different medium in her one-and-a-half-decade long hometown of Graz as well as completing illustration projects appearing in national parks, Sarah has begun offering workshops and short seminars. Botanical illustration has proved to be her most popular course.

She is also a cofounder of Urban sketchers Graz a local chapter of urban sketchers international, providing that urban balance in her work that hails back to her younger years in Niagara Falls.

Sarah finds inspiration in the beauties of nature, daily life in urban situations, and her annual trips to Italy. 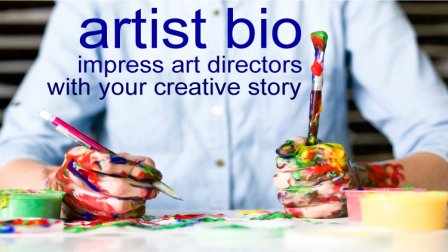 How to write an Artist Bio that will Impress Art Directors + Gallery Curators. Your Creative Story
Aerie North