Are women in suffering?

During a summer afternoon on Sunday, I just looked at my balcony behind the netted window and noticed for the first time a half-built bird's nest hanging on the nail of the sidewall. Two colorful tiny birds (perhaps the splendid wren or bee-eater) coming and going out to bring the building material for their nest.

Two weeks later I saw a beautifully knitted nest. At night, when the birds were not around, I got the opportunity to have a closer look at the nest. To my surprise, the base seems soft and it has a square opening at the bottom.

A few days later, there was an egg and both the male and female served their duty to warm it up and ultimately it hatched. Both rushed to the coconut tree and fed their kid. All this was going on smoothly but one day some other birds arrived and they tried to attack the nest. Both father and mother fought bravely and saved their child. I was amused by the thought that the invaders were perhaps the past lovers of either the father or the mother and attacked the nest out of the jealousy.

You may be surprised that on "The Women Topic", I am telling you about birds, but from this observation, the birds have taught me very valuable lessons. I learned that it is not only about the women, rather it is something to learn about humanity. Nature has set certain rules which are unchangeable. The birds have shown me the great lessons of life - care, mutual respect, love, invulnerable to fear or intimidation, and how to take care of their loved ones. (These 3 paragraphs are taken from another post "Fly High" but that is a completely different narrative).

It is great that we celebrate Women's Day that has become a custom and it gives us an opportunity to pay respect to women and their lovable role in society. Women make this world a better place by instilling good character in their children who in turn become valuable assets for society.

Who is superior - women or men?

The answer is not simple but at the same time, it is very clear that both are essential for each other. Women are far superior to men, as their role is more important than men to build a sane society and cultivate social norms. A woman is a daughter, mother, sister, and wife and she performs all these roles so well which is commendable.

We also see working ladies in offices and witness or listen to both good and bad stories; that they are harassed in men's dominating society. However, I have never seen a woman being harassed who can take care of herself, have good character, and never give a chance to a man to look at her down for bad intentions.

Unfortunately, some are victims of bad events both in urban and rural society. This is more common in the developing world (though not uncommon in the developed world as well) and on this, one should raise their voice for the protection of these disadvantaged women who are oblivious of their rights. The most unacceptable act is the ordeal faced by women from the arrogance of husbands or their family members' cynic talking.

There is a lot of discussion on “Women’s Rights” on the media which is futile as most people are discussing the issues for their financial or personal agenda. Be it men or women, when they are strangled or in a fix, they may face the miserable fate. Unfortunately, it is more of a psychological issue and criminal mindset when a girl or a child is abused sexually or beaten up. At this point, we should also consider socially disadvantaged adults, homeless, and frail older adults living in a home and are at the mercy of caregivers who may mistreat these individuals or abuse them verbally or physically.

Are women a victim of men's society?

The answer is no and yes. The answer lies in poverty, ignorance, and lack of education which at some places imposed by some elite class who considers that providing education to women and even men is a sin; the feuds have an innate fear that if the low socio-economic group will become a little wise, they can argue and demand respect, rights, and dignity.

Key points both for men and women

Enable the world for equal social and economic opportunities for both women and men and it is the high time to change the mindset. Set aside the debate of equal rights but concentrate on real issues like changing the eco-system,  workable socio-economic setup, getting better skills, and avoid topics like feminism and fixing each other. Pay respect to each other and strive to built self-esteem, take full responsibility for your actions, and above all love yourself. Look for hidden wisdom inside you rather than looking to the outer world. 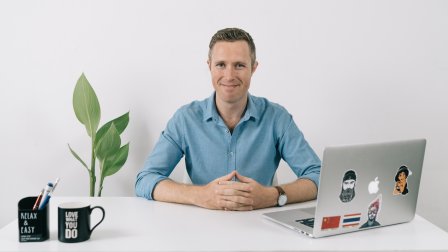