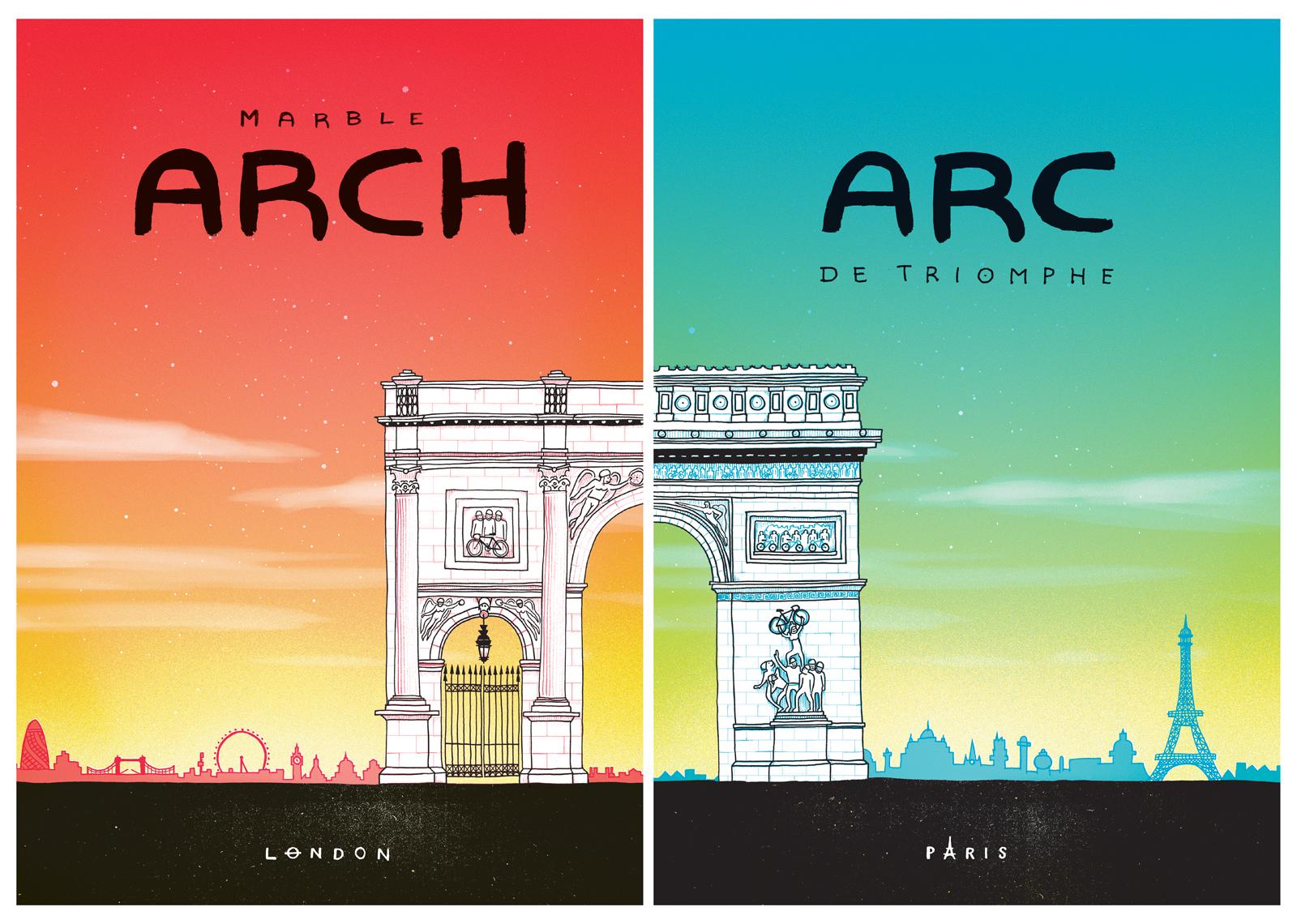 some texture and lighting added 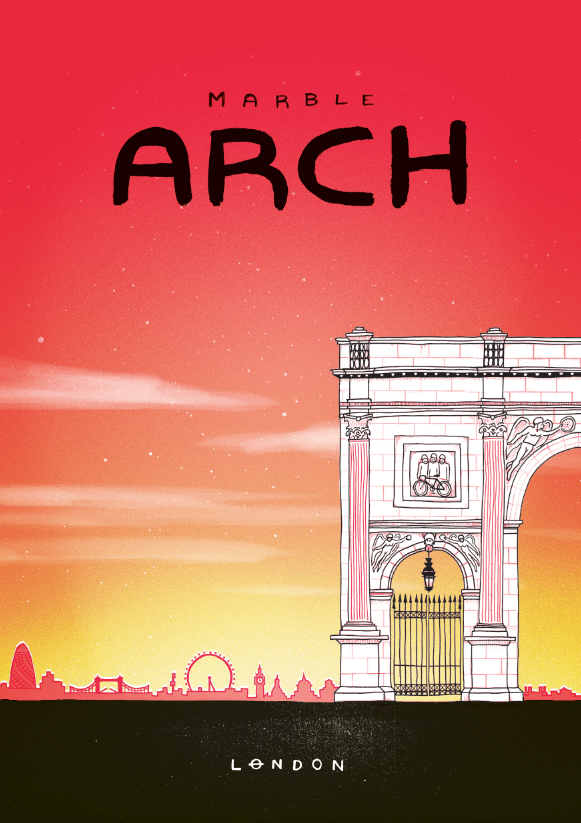 Color and final illustration. Gonna add texture and lighting next.

Getting closer now. the final rough below. next up pen and colour 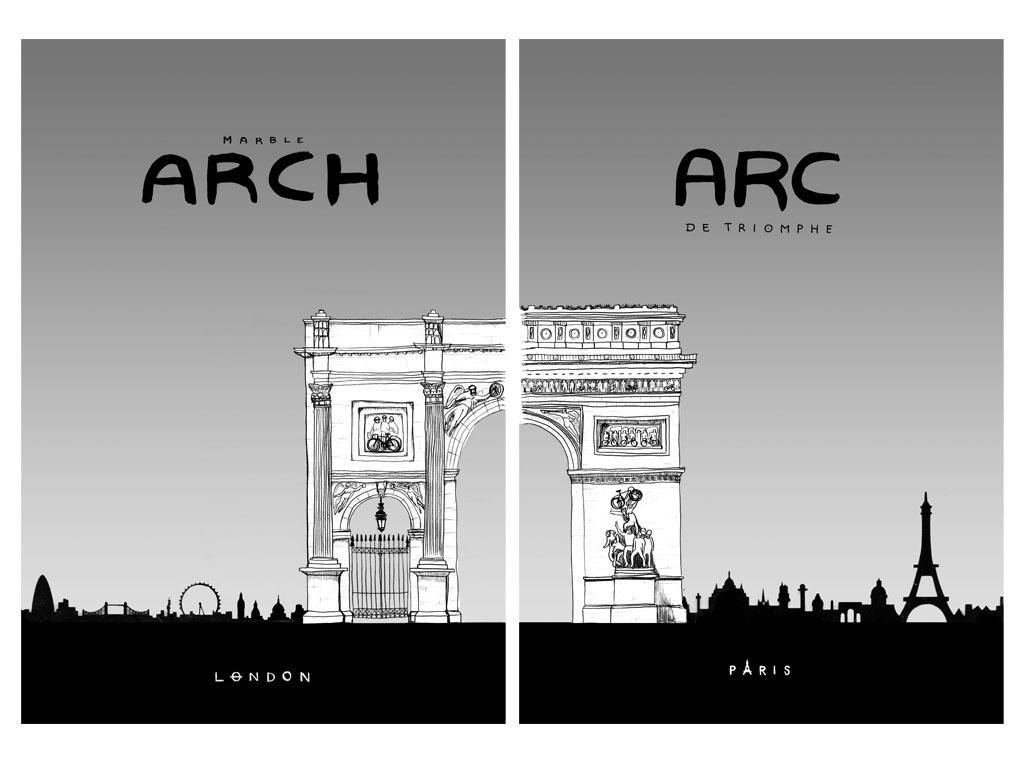 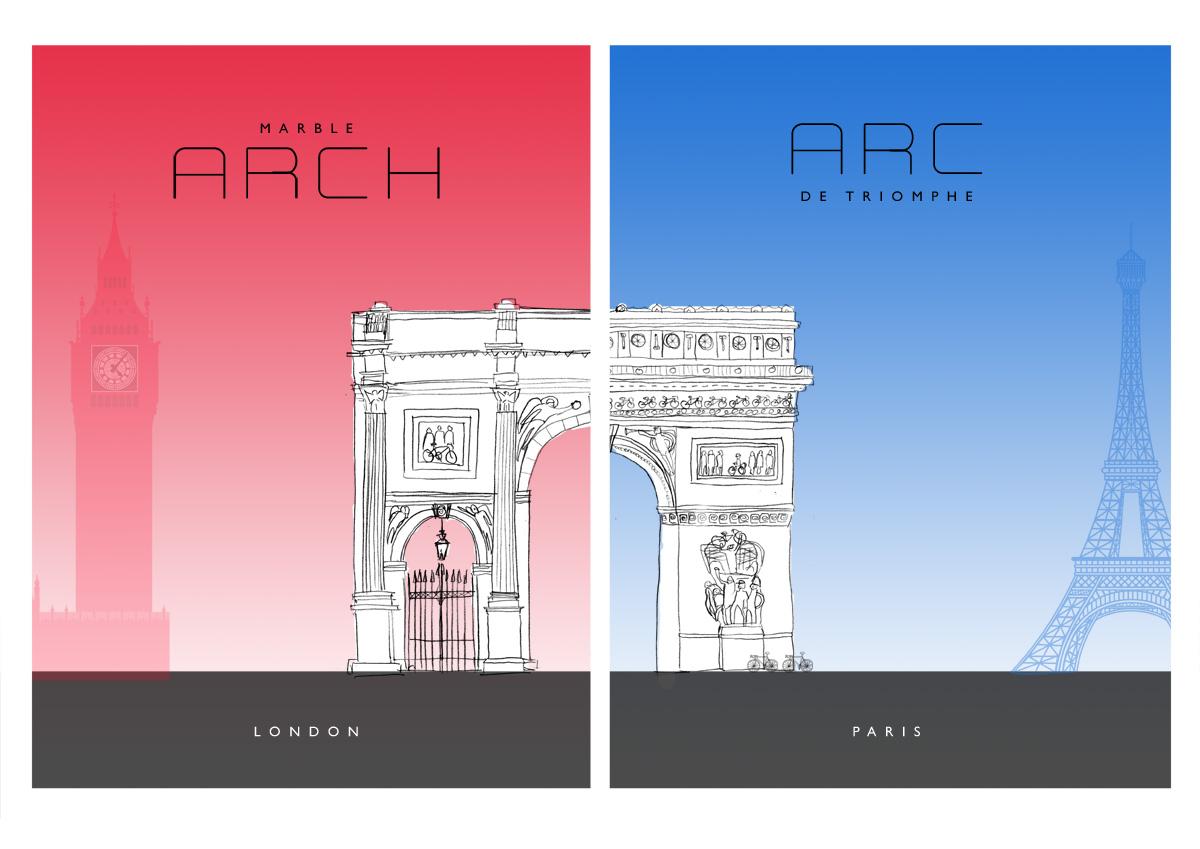 ...Still too rough. I sketched these arches out on A4 then when i blow them up i lost alot of detail. I think I want the posters to be two A3s as finding frames this size is easy.

We've an A3+ printer at work. So my next step is to print out this rough as big as possible and re sketch as detailed as possile. And hand render some typography. Yeee ha :)

Gonna try and stick to a minimal colour palette, black, red and blue. More red on the london poster. Blue for French. 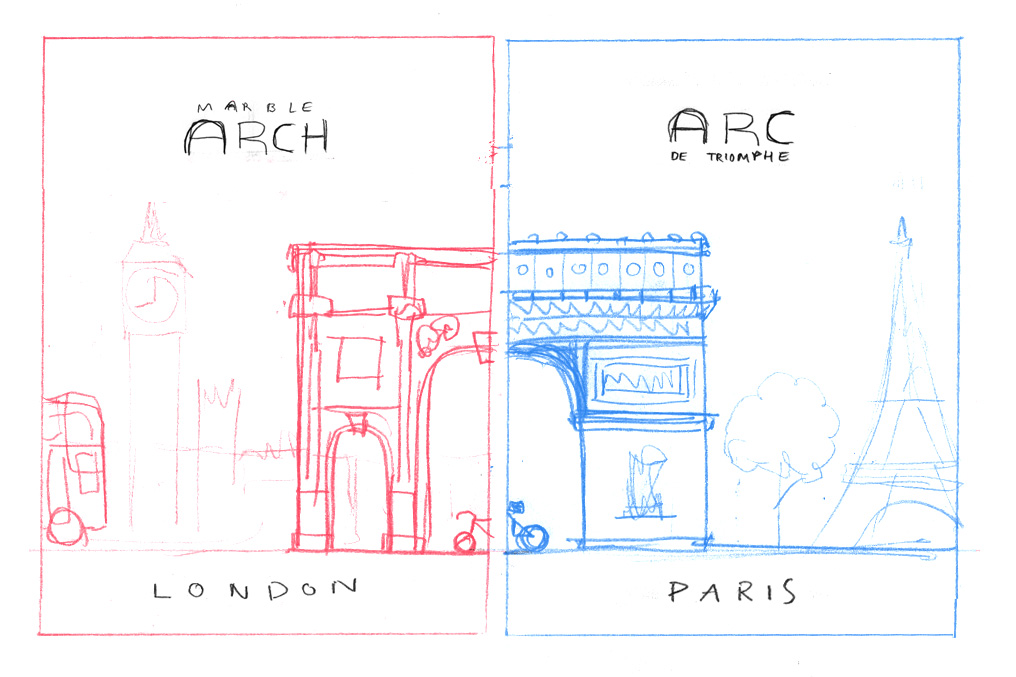 The design overall doesn't scream bike enough to me. What do you think of trying to subtly incorporate hidden cogs, chains and other bike parts into the arch, building and typography? Or would that be overkill?

the bike in the middle would be two different types 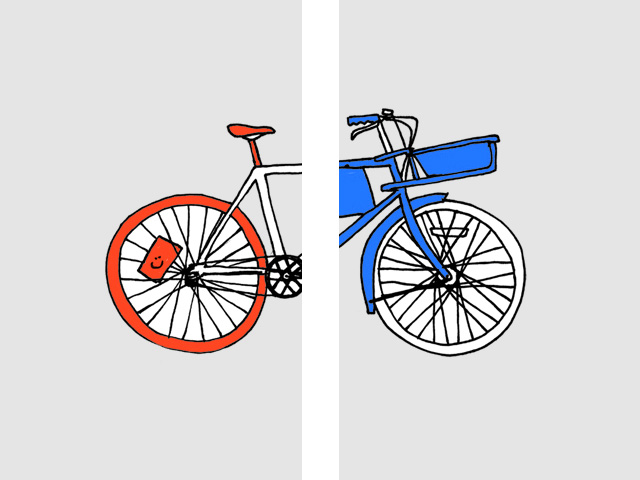 A single speed courier bike for London - porteur style for Paris. I don't know if it is, but the word porteur seems french!?! maybe I'll put some baguettes in the basket ;) 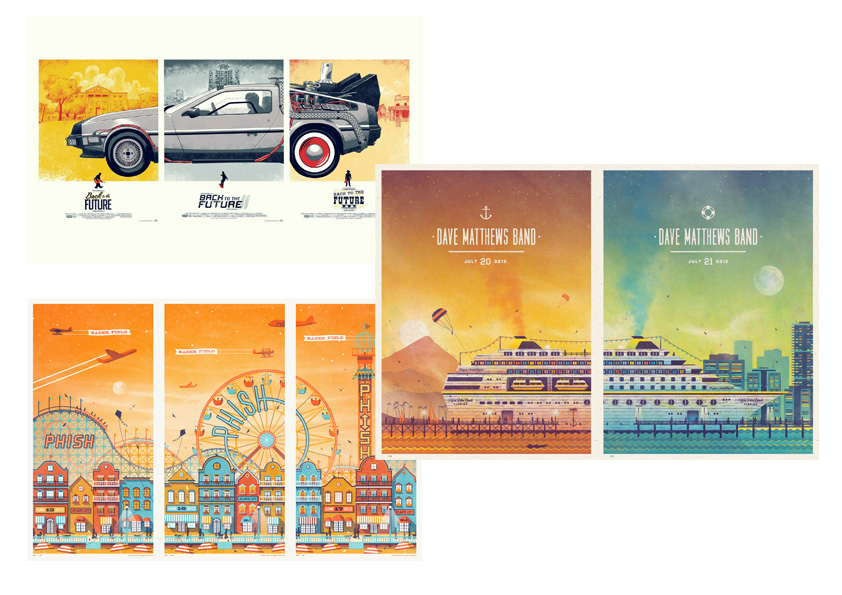 I'm not quite sure about style yet. My style is usually quite loose and I tend to just scan in pen on paper but I quite like the idea of trying something slicker, more vector based like the DKNG posters above.

I'll start sketching and see where that takes me.

My event isn't a gig and is something a few friends and I are doing in a couple of months.
Riding from London to Paris by bicycle.

The poster will be for us all to hang on our walls along side our gig posters and act as a reminder of the kickass time we had and that we achieved our goal (I better make it there all in one piece now!!!).

The plan is to start at Marble Arch and finish at Arc de Triomphe. (and maybe ride back) 2 Capital Cities by 2 Wheels lots of visual goodies to work with.

I will be collecting my research and creating visuals over the next few days.

looking forward to seeing everyone elses designs and project ideas