After finishing the tutorial, I decided to use Kozaki Yusuke's style as reference, as I really like his drawings. After practicing the shapes as you suggested on lesson 10, this was the result:

Not quite I was expecting but I think it went pretty OK. So next step I tried to draw another character.

I just didn't know exactly what was missing because the character looks unrecognizable, and it wouldn't matter how many times I tried. So i decided to look again to the artist's proportions and I saw that I got some parts wrong, like the distance from the eyebrows to the eye and the eye to the nose. Also, I studied other artists eyes and it helped me to understand more the one I was actually trying to draw. It seemed I was getting the hang of things.

After this I decided to start the actual project.

As I drew these faces in separated days (the 3 and 4 was on the same day though) Something seems strange from the first ones.

Along the practices I had a very hard time keeping the face symmetric, sometimes the eyes seemed to point at different directions, or with different sizes. The jaw too I couldn't make both sides with the same curve/angles. Same for eyebrows. But can say I'm proud of my hard work.

I'm really grateful for the classes. I was really insecure with my faces and proportions before, but now I feel more positive about where to place things, where to start, how the proportions work. 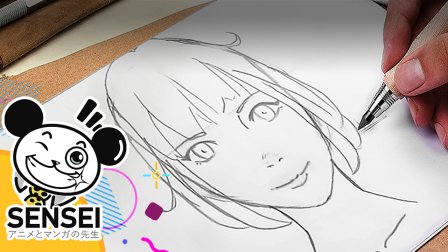