Was thinking to go for either a duck or a bug but still not decided.

Started with the duck:

Didn't quite like where it's going but it still remained an option.

I started working on the bug. Was thinking to create a rather simple type and create and irredescent effect as some insects have.

Not much success either plus I didn't have a main theme to incorporate these into.

Because of the lack of inspiration and ideas, I checked an archive of Aesop's fables on http://www.taleswithmorals.com/ and started reading through the titles.

The Ass in the Lion's Skin Fable sounds nice, am thinking on creating a type half donkey half lion.

Also came along an idea of creating a bat.

This one actually resembles a bat rather than the previous ones I tried.

Meanwhile, I though about trying an elephant since a lot of people tell me my character and behaviour is similar to one :)

Will try something different this time, like a capital letter for example instead of the whole word.

I quite like the idea of an 'e' resembling an elephant. Will work more on that. Since I feel more comfortable working in Adobe Illustrator, I did a couple of sketches on there. Not before doing some research on elephants.

There are a couple of elements I can use to make my type look like an elephant. First one is obviously the trunk. I can also use the tusks usually seen on African elephants. And, what I like the most, the texture. That kind of texture would look awesome in a illustration.

Turns out elephants are herbivorous and can be found in different habitats including savannahs, forests, deserts and marshes. They prefer to stay near water as said on Wikipedia. These are elements I could incorporate in my concepts.

I quite like the atmosphere this illustration creates by illustrating the elephant in a solid black colour.

Also I've read on wikipedia that elephants are usually positive characters in fables and tales, but I decided not to abide by any of these an create something different and original.

To create a texture I live traced a photo of an elephant in Adobe Illustrator.

I created another elephant, having a bold Helvetica 'e' letter as a guide this time, and added the texture I just created. The result is quite impressive!

It's a nice kind of weird and unique.

While trying out thumbnails of the layout of my illustration, I thought it would be nice to try and recreate a scree print aesthetic.

Gave up on the idea to use any other elements than my letter. I want it to be as simple and bold as possible.

I created a custom bold type and added a hint of screen print style to it.

Some styles that I used as guides and inspiration. So happy I found out about vintage matchboxes in this tutorial! They're A W E S O M E

In order to achieve this kind of style I edited my illustration in Adobe Photoshop, added some noise and texture.

Didn't quite like the result and looked too cliche. I went for a clean look after all. And chose to use an A4 paper size rather than a square.

I absolutely love this! So happy I decided to do this project. Thank you for the awesome lesson. I am actually thinking on screen printing this and hanging it on my wall. I achieved the style I was going for and created something different, and I'm so proud of it! 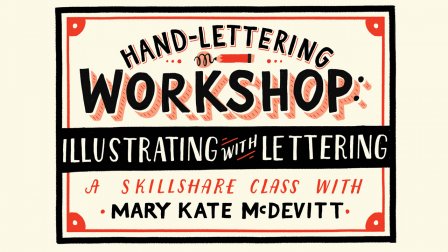