I'm going to design a poster for a great band from Melbourne called Alpine who have been around for a while but have only recently released their debut album titled A is for Alpine. Their music is a mix of both electronic and live instruments however, the most intriguing part of their sound are the vocals which are often doubled by the two female singers resulting in quite a unique sound.

I'd like my poster to reflect the airy and floaty sound of the vocals as well as work in the features of their name, Alpine, into the artwork. My initial brainstorming ideas are based around the alps (obviously), mountains, snow, air, skiing, flying, ice and so forth.

I guess the next step is to get some sketches down.

… and here are my initial sketches - all based around an alpine theme. 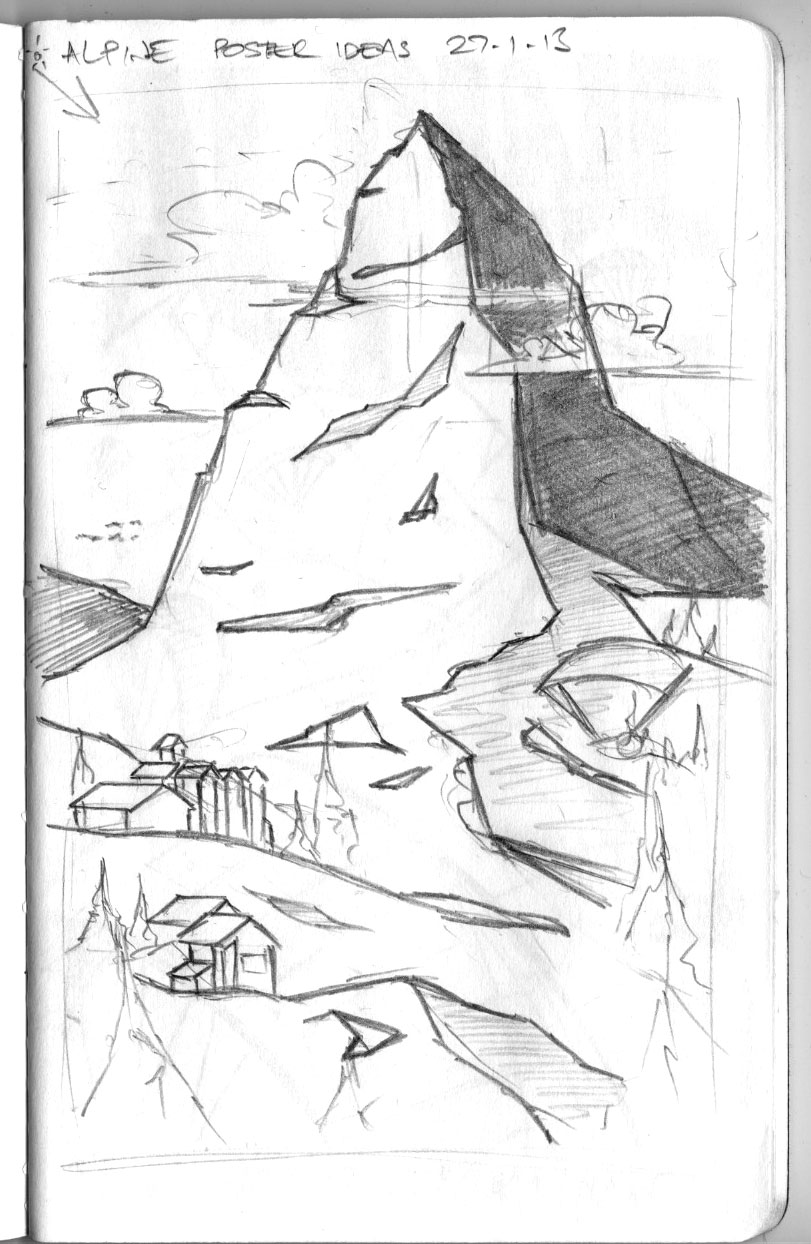 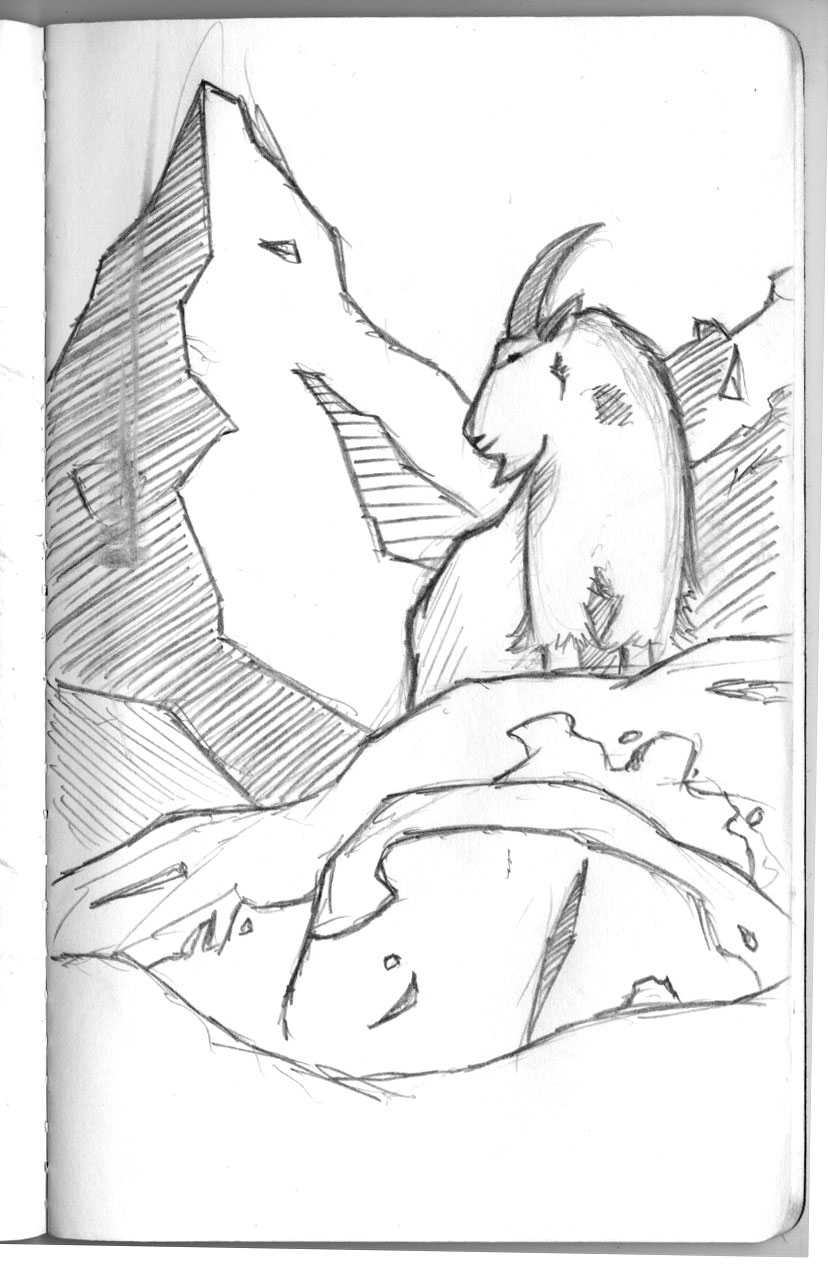 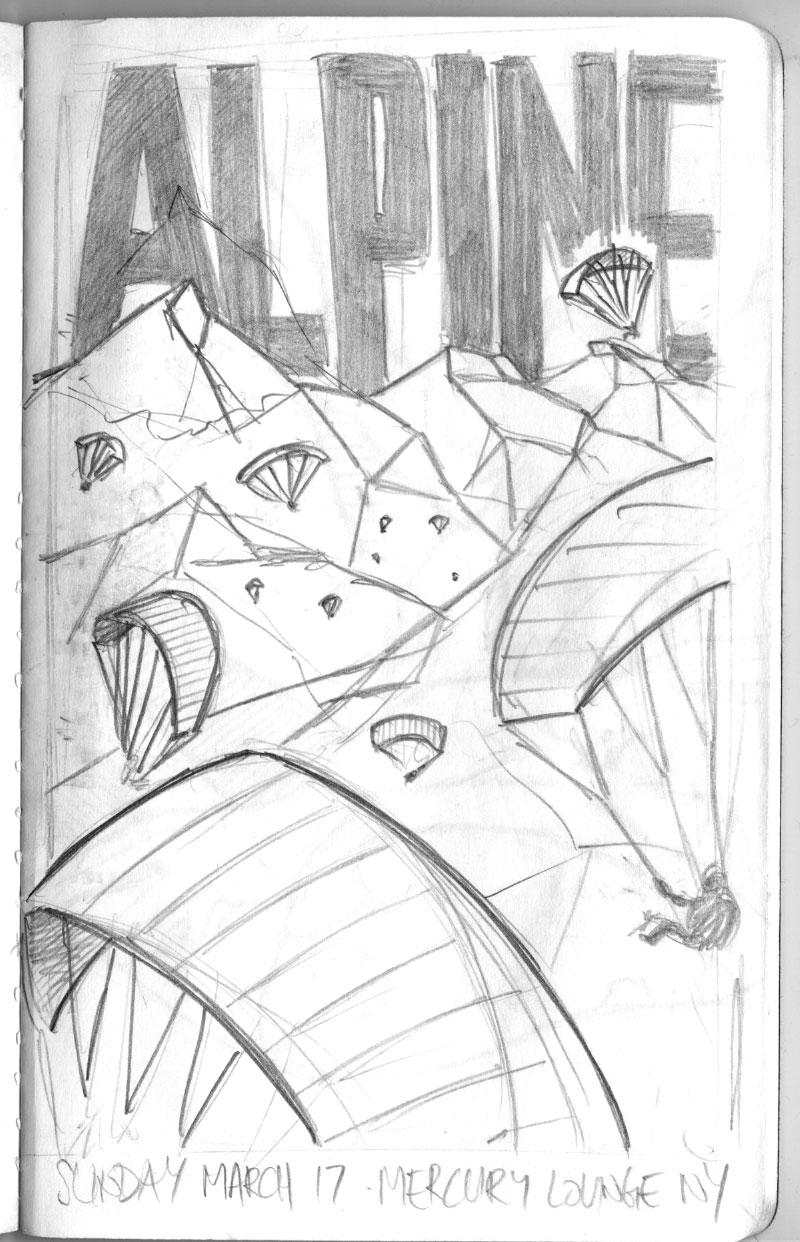 Typically, I can't decide which of my three sketches I want to go forward with. The feedback suggests the version with the mountain goat is the one to press forward with, however, as strong as the image of the mountain goat is I can't help but feel that it lacks something to connect it with the band and their music. That's why I ended up creating the paraglider sketch as I thought it was quite whimsical and a bit left field like the band and their sound.

For now I'm going to persevere a bit further on both these ideas until one settles with me. To aid my selection I quickly mocked up a draft in Illustrator for both ideas to get a better feel for the composition with the text and also to play with the colour palette.

… and I'm still not 100% sure which concept works better. 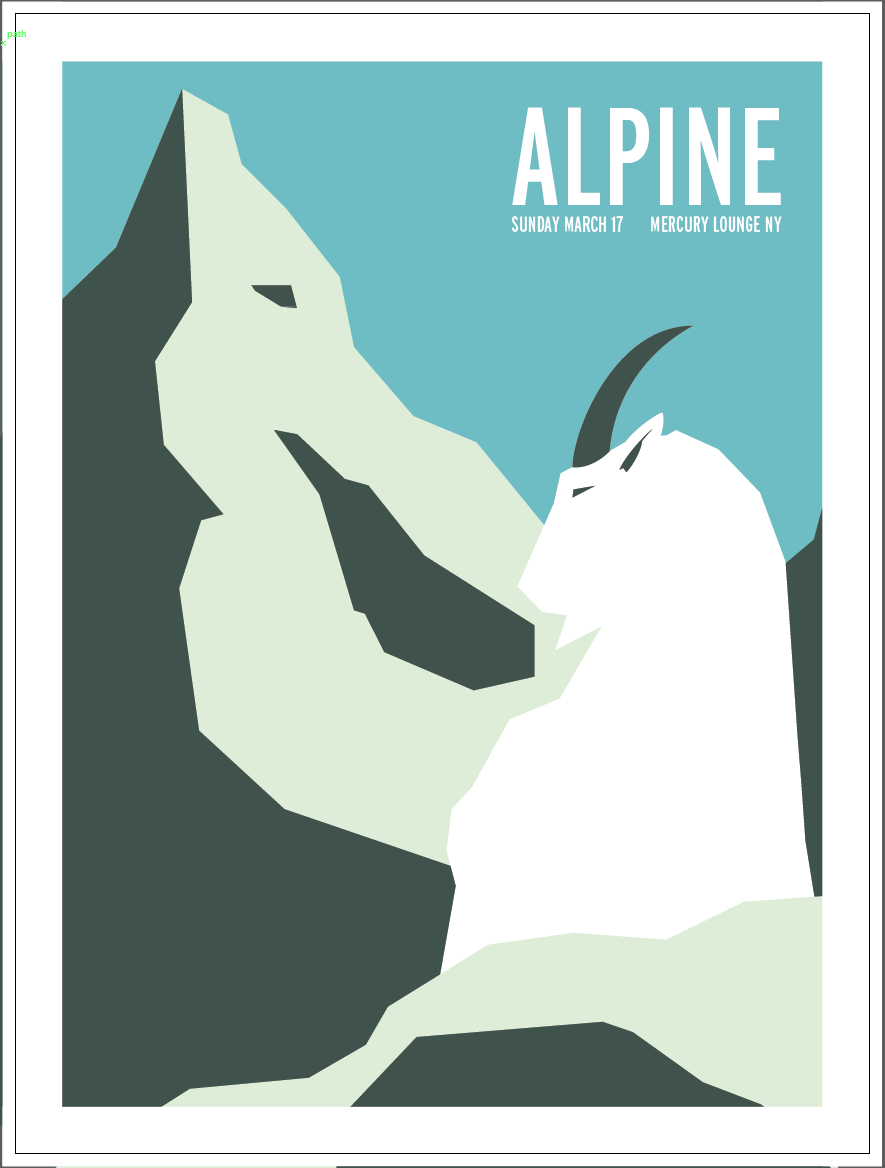 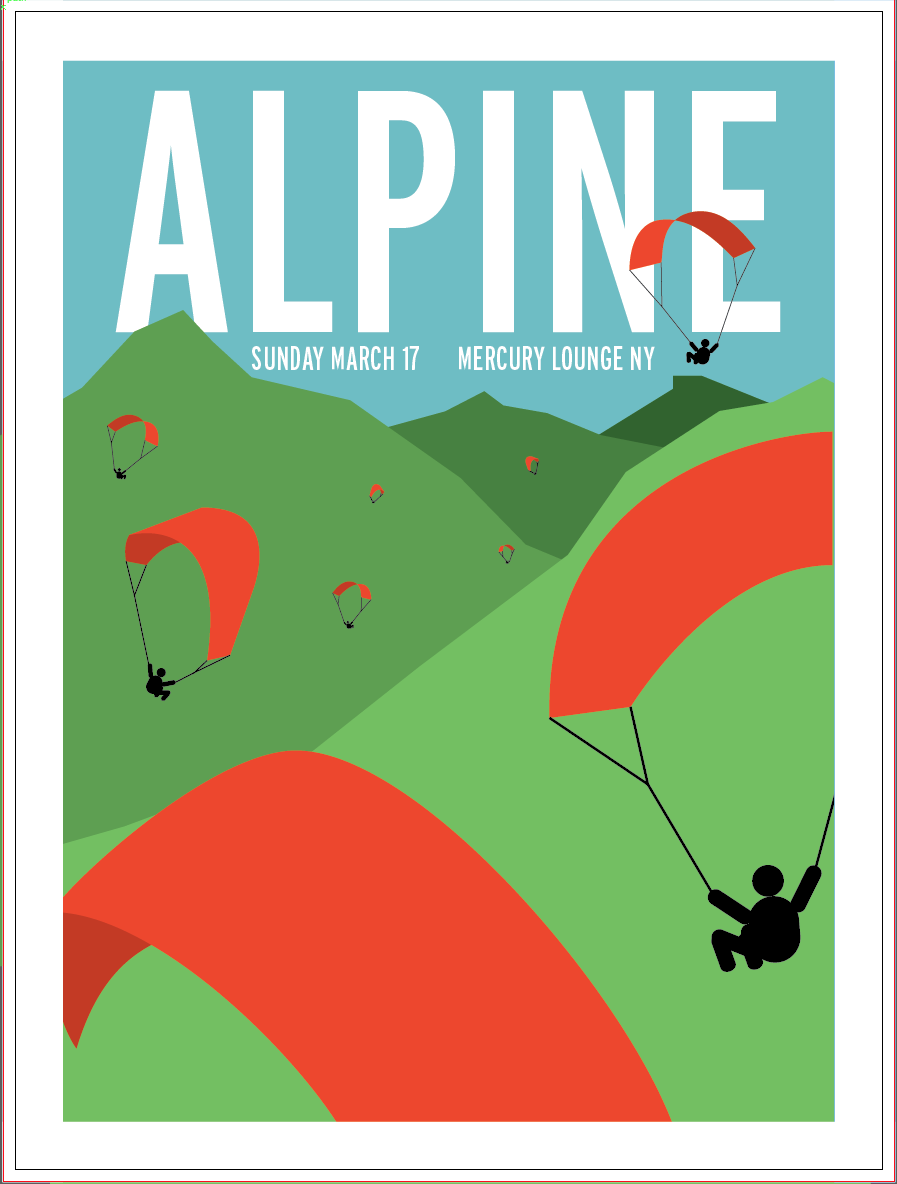